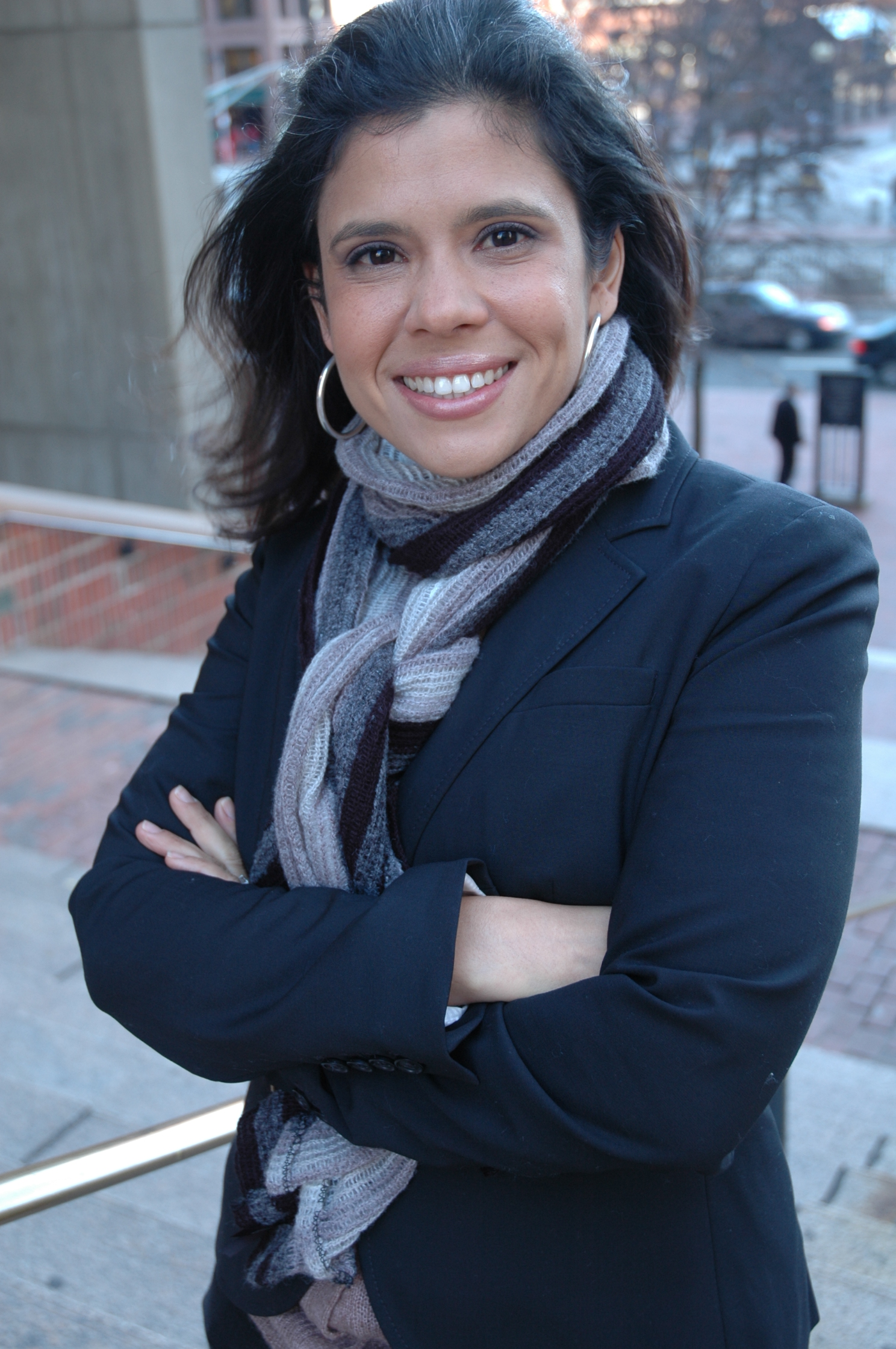 If anyone embodies the phrase “be the change you want to see in the world,” it’s Alejandra St. Guillen ’99. Born to a Venezuelan immigrant father and a mother from New Hampshire, St. Guillen was raised in Boston’s Mission Hill district, a place she still calls home. Now, decades later, she’s running for Boston City Council, something she never imagined herself doing, even as a young woman in college.

“I always voted, I was always civically involved…[but] I wasn’t part of any political groups…,” St. Guillen said. “I did a little work with unions and organizing, but it was very minimal. Political engagement was always around me, but I wasn’t part of student government or anything like that.”

An economics and African American Studies double major, St. Guillen spent her college career trying to understand the link between economic trends and the growing income disparity for people of color. Her studies were motivated by a sense of public service that she says has been with her from a young age. Growing up, her father worked with young people struggling with drug addiction and abuse, most of whom came from areas affected by structural inequality. For her family, helping others was always important.

“It’s always basically, what are we doing to make this world better?” St. Guillen explained.

After earning her B.A. from the University, St. Guillen began a career in education, first in New York and then in Boston, where she taught at the McKinley Schools for special needs students. After four years as a teacher, St. Guillen moved on to non-profit work in the education sector, helping students from Boston and Cambridge with issues concerning high school access. Through her non-profit work, St. Guillen met then-State Senator Dianne Wilkerson, who hired St. Guillen as her Director of Constituent Services.

“That was really my first entrée into the political-slash-government world,” St. Guillen said. “Service has always been my path, and though I never knew exactly what I wanted to do, I was always in that vein of ‘How can we make a difference?’ Government was just another avenue to do that, and the level of influence you can have in the state legislature is really significant.”

Working at the statehouse, St. Guillen had the opportunity to meet activists, community leaders, and legislators from all over Massachusetts. Her work with activists led her to ¿Oíste?, a civic education and advocacy organization serving the Latinx community, where she acted as Executive Director for three years. In this role, St. Guillen focused on advocacy and public policy issues, specifically concerning education and the disparate rates of success for non-English speakers. She also led initiatives for economic justice and electoral reform, culminating in a statewide coalition for the 2011 redistricting process. The coalition, spearheaded by St. Guillen, led to the creation of twice as many minority-majority seats in the Massachusetts House and Senate.

In 2014, Mayor Martin Walsh appointed St. Guillen as the Director of the Mayor’s Office for Immigrant Advancement. In this position, Guillen says, she began to appreciate the impact that she could have on a municipal level.

“Looking at municipal government and the impact it has on the day-to-day lives of people who live in the city—from education to the quality of their libraries, the quality of their streets, their economic opportunities, job market, development—it’s huge,” St. Guillen said. “All these things are happening at the municipal level. Especially with immigration, it’s mandated at the federal level, but it’s at the municipal level that immigrants—like non-immigrants—are living their lives.”

St. Guillen’s goal was to provide residents from all different backgrounds and economic levels with the access to resources that would enable them to participate in all aspects of life in Boston. This was the focus of much of her work until 2016, when her community was rattled by Trump’s election.

“We just said ‘Now what do we do?’” St. Guillen said with a laugh. “Everyone’s freaking out. As a municipality, you can only do so much in terms of legislating, but there are local interventions that you can have to protect immigrants, like the Trust Act, like sanctuary schools, like not asking for immigration status for city services.”

To help the immigrant community, St. Guillen’s office created the Greater Boston Immigrant Legal Defense Fund, a pro bono service that provides residents with qualified immigration lawyers. For St. Guillen, one of the most important steps in combatting Trump was rewriting the narrative, one that framed immigrants as an asset rather than a threat.

So, when a new opportunity to support immigrants and further her work in economic and education policy came her way, St. Guillen went for it.

“When the opportunity arose to run for City Council, it was a very logical next step for me,” St. Guillen explained. “The work that I’ve done starting early in my career in education, everything has been done at a micro level, looking at the systems and how those systems impact people. That’s why I decided to run for City Council. In my experience, I’ve seen all the inequities facing the people of the city of Boston and this was a chance to address them.”

As a candidate, St. Guillen hopes to create a system in which all people have the same opportunities that she had growing up. She feels fortunate to have had access to some of Boston’s best public schools, which allowed her to go to an institute of higher education like the University. According to St. Guillen, quality education should be accessible by all, not just those who were lucky enough to be born into the right socioeconomic class. Among her other goals are access to affordable housing, safe neighborhoods, and healthy food, as well as overall equity of opportunity and community engagement.

“I strongly believe that the best solutions to the issues that we face come from the people who are facing them,” St. Guillen stated. “Government, particularly municipal government, has both the opportunity and the obligation to engage across communities…. I believe that Boston is an amazing city with amazing resources, both financial and social. There’s no reason we can’t tap into that to make it a city where everyone has the opportunity to be successful.”