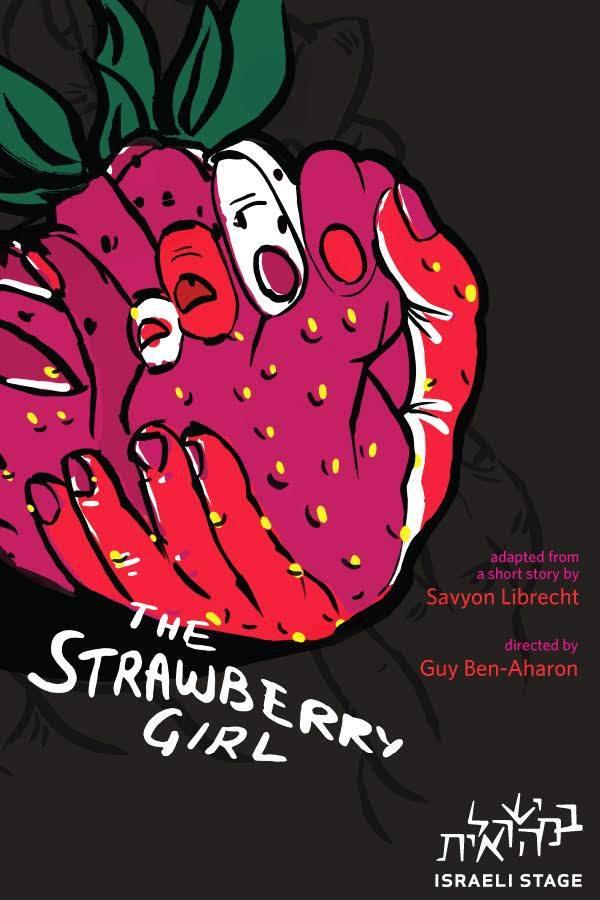 On the evening of Thursday, Nov. 29, students, faculty, and members of the Middletown community, as well as people from the greater Hartford area, gathered in the Daniel Family Commons to watch “The Strawberry Girl,” a one-woman play based on a short story by Sayvon Liebrecht. The play tells the story of a nameless woman in 1940s Poland, who orders strawberries from a young Jewish girl. The woman is disgusted by the girl’s appearance and does not want her around her son, Ludwig. It soon becomes clear that the woman is very oblivious to the struggles of the girl as a Jew in Poland, and what was happening in Europe at the time.

Following the performance was a conversation with the actress, Marianna Bassham, as well as director/founder of the Israeli Stage, Guy Ben-Aharon, to unpack the deep questions and concerns brought up in the play.

“I thought [the play] was very powerful and clearly carefully thought out,” Maddie Nagler ’22 said. “The discussion after the play helped me remember the importance of being aware of injustices within my own community but also in the greater world. I was reminded that even if it is somewhat hidden, there are people everywhere in need of help, and it is the responsibility of those in positions of privilege to provide that help.”

“The Strawberry Girl” is part of the Contemporary Israeli Voices series, a series of events organized by Director of the Center of Jewish Studies and Hebrew Professor, Dalit Katz. Ever since she started at the University, Katz has worked hard on planning events like these, as well as hosting speakers.

“In 2002, very shortly after I joined Wesleyan University, I started bringing to Wesleyan renowned Israeli writers, scholars, artists and filmmakers to celebrate the diversity of voices in contemporary Israeli society.” explained Katz. “I separated the events thematically into two annual series: Contemporary Israeli Voices, which takes place every fall semester (this year we celebrate its  16th year), and the Ring Family Wesleyan University Israeli Film Festival, which takes place every spring. Interestingly, the first Contemporary Israeli Voices series in 2002 celebrated women’s contribution to literature, including that of the renowned woman writer Savyon Liebrecht. This year’s series is also centered around women’s voices.”

The first event in the Contemporary Israeli Voices series occurred earlier this month when students got a chance to listen to Associate Professor of Israeli Literature and Culture at the University of Illinois, Rachel Harris, discuss her work on how women are depicted in Israeli cinema, and her book on the subject matter: “Warriors, Witches, Whores: Women in Israeli Cinema.”

These events fit into the greater mission of the Center for Jewish Studies.

“The Center for Jewish Studies celebrates diverse voices and innovation,” Katz said. “All the cultural events are incorporated into the curriculum of classes in Jewish and Israel Studies. The Center also hosts endowed lectures relating to Jewish themes.”

Each event is followed by a “lunch and learn” the next day. Although these lunch and learns are open to the public, they are primarily an opportunity for students of the different Hebrew classes to apply their knowledge of the language and ask the guest speaker questions about the event.

“The events provide students with the opportunity to get exposed to renowned scholars,” Katz said. “Some of them are so impressed with Wesleyan students that they chose to come back and teach as visiting scholars of the Center for Jewish Studies. Some students also create professional contacts and develop opportunities to get involved in the scholars’ fields. It is exciting for me to see that happen.”

Katz is very excited for next semester, when students will be able to exclusively view Israeli films as part of the The Ring Family Wesleyan University Israeli Film Festival. The series has occurred for the past 15 years, and is sponsored by the Center for Jewish Studies, the College of Film and the Moving image, and the Wesleyan Film Series. These films will be screened for six consecutive Wednesdays at 8 p.m. in the Goldsmith Family Cinema.

“[The film festival] features the latest Israeli films, some of which were just screened for the first time at the Jerusalem International Film Festival this summer,” Katz explained. “Each film is introduced by an expert such as film director, film critic, journalist and/or academic.”

Katz isn’t the only one who is excited.

“Last year we would go to the screenings…and have lunch with the speakers the next day,” Molly Watstein ’21 said, who is taking a Hebrew class with Katz for the second year in a row. “Because I was in Intro Hebrew, my questions were in English. But this year, I am excited to use what I’ve learned in Intermediate Hebrew and enrich my Hebrew skills and cultural understanding.”