Men’s Basketball Gets Ready for Another Successful Season, Sets Bar Higher Each Year 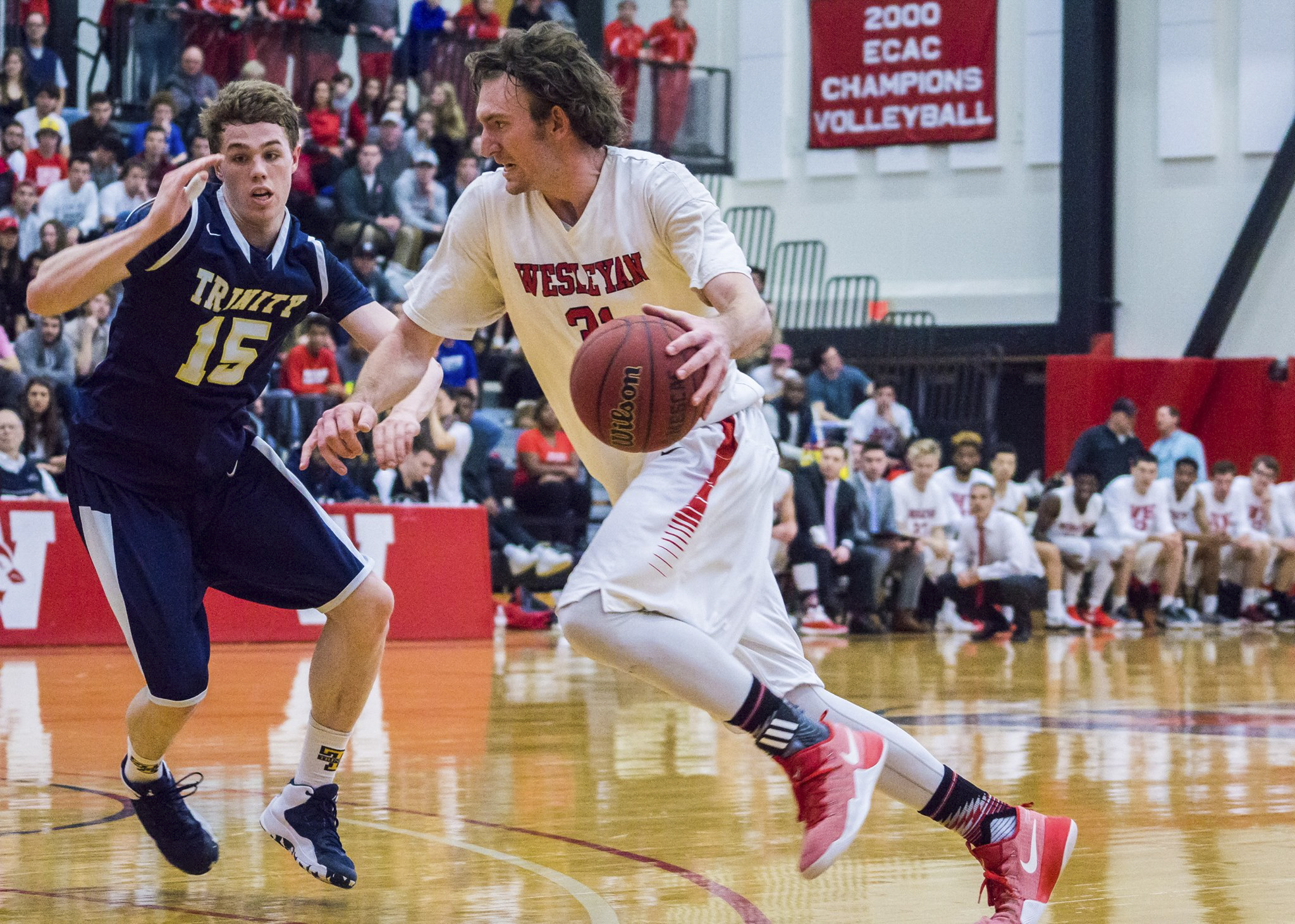 Silloway Gymnasium is about to get loud, folks. Basketball season has returned, and for the men’s team, that means a chance at returning to the NCAA Tournament for the fourth time in the past six years. Building off of last year’s fantastic season, the Cardinals are ready to ready to fight for more NCAA Tournament wins. Last year, the Birds won their first-ever tournament game against Southern Vermont College by a convincing score of 101-71. This year, the Cardinals have even more momentum, and here’s why.

The team is only losing two players from last season, Jordan Sears ’18 and Nathan Krill ’18. Though they were big contributors late in the season, especially Krill who made an incredible last second shot to beat Amherst, the future is bright. Incredibly bright.

Captains Jordan Bonner ’19 and JR Bascom ’18 GR ’19 will lead the team. Both played critical roles last season with Bonner flying around on the wing and Bascom controlling the paint.

“I am beyond excited,” Bonner said. “My focal point has been stressing to everyone that we need to treat every practice, workout, lift, and game as an opportunity to get better.”

In addition, last year’s NESCAC Freshman of the Year, Austin Hutcherson ’21, returns. Shooting over 44 percent from three-point range last season, Hutcherson’s ceiling is incredibly high, and he will serve as key player for the Cards.

Although there are many great players returning, we can’t forget the force behind it all. Head coach Joe Reilly returns for his 11th year with the program. Reilly has had unprecedented success at Wesleyan, as he has taken the Cards to three NCAA Tournaments in the past four years. And in keeping up his tradition of success, he is preparing the team well for this upcoming season.

“This has undoubtedly been the toughest preseason in my three years,” Bonner said. “Because the NESCAC starts practice 17 days after the rest of Division III basketball, we are always at a disadvantage in terms of preparation for the season. With that said, Coach has done everything possible to make sure that we are ready to go once November 16 comes around.”

According to the players, Reilly is really hammering home conditioning this year.

“We have had long practices to make sure that our offense and defense are crisp, run more sprints than I can count, and have really be intentional about identifying areas of improvement during practice so that we don’t need a wake up call after our first game,” Bonner said. “I’m not sure why this year has felt more intense, but I know that in the end, we will be ready to win the Herb Kenny Tournament this weekend.”

And that Herb Kenny Tournament opens up the season for the Red and Black. It takes place this upcoming weekend, Nov. 16 and 17, Friday and Saturday.

In talking about the Cardinals and their success last year, it is impossible not to mention the roles played by last season’s impressive first years. Alongside Hutcherson are big men Jordan James ’21 and point guard Antone Walker ’21. These men appeared in all 29 games last season and will contribute even more to the team this winter.

In a similar vein, the team gets along well. Basketball is a game that requires a team to play together, regardless of class or grade, and the Cardinals are confident in their ability to play together as a unit.

“I think we have a really good group of guys,” Bonner said. “I think like any new and young team, we are still trying to get to know each other on and off the court. On the court, we are still working on making sure that we are putting guys in situations where they feel most comfortable and can be successful. Off the court, we spend a lot of time together and have various team functions like dinners, movie nights.”

The Cardinals are looking forward to the Herb Kenny Tournament this weekend, despite the small amount of time for preparation. They know their game and how to stick to it even as the long season goes on.

“I wish we had more time to prepare for our first game, but I know that we will still be ready,” Bonner said. “I’m not really worrying about any of factors that are out of my control. Every year is different, so to compare this year and last would be a moot point. We have a great team, and we will only grow closer as the season progresses.”

As important as good starts are, the Cardinals have their eyes set on the postseason. Going further in the NCAA Tournament and/or winning the NESCAC Tournament would be huge for the program’s continued success, as the core of the team will soon be that young cast of 2021ers.

Here’s to a great season for the Cards. Best of luck this winter.

Ben Owen can be reached at bowen@wesleyan.edu or on Twitter @benjaminowen28.