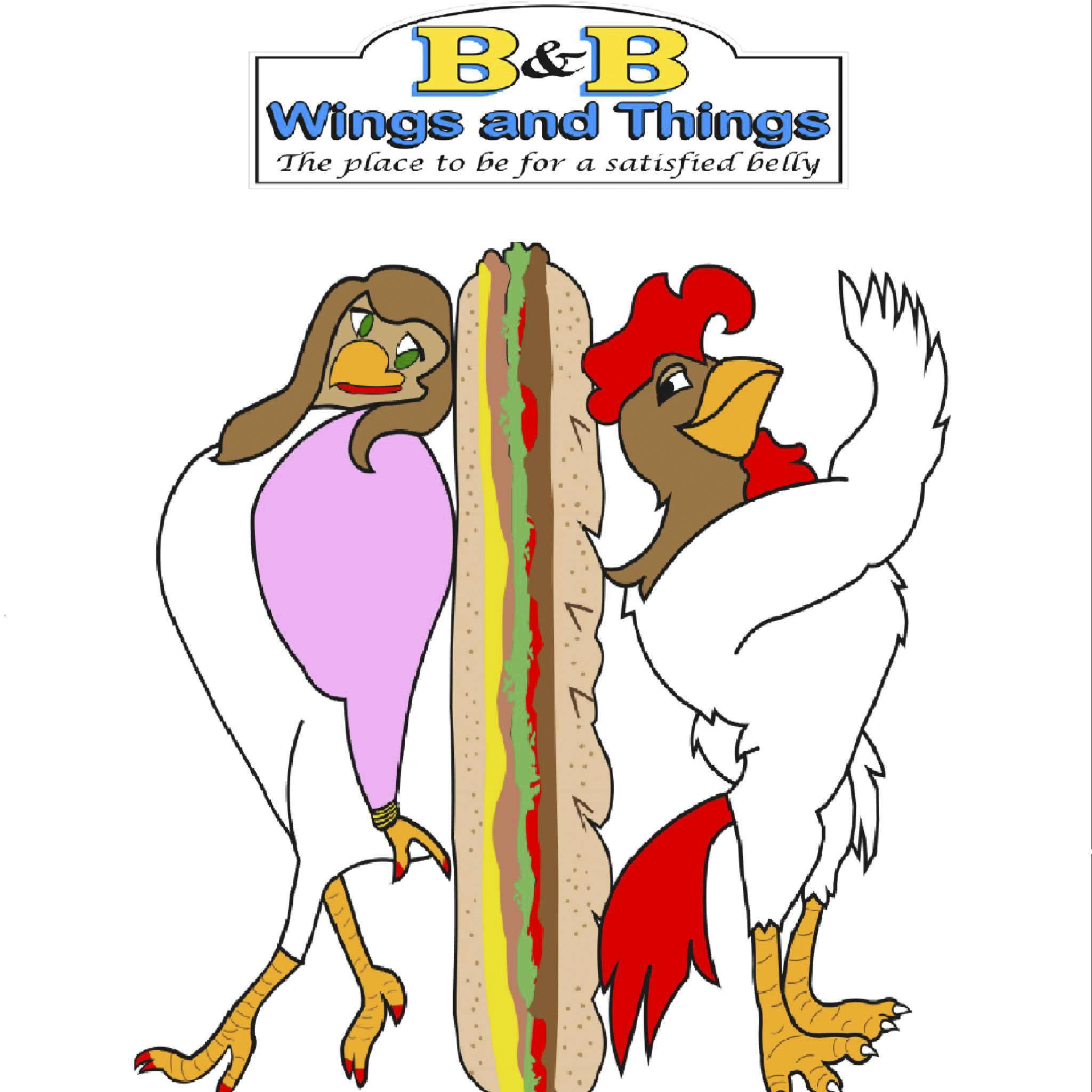 At this point, everyone knows that the consumption of meat and dairy is laced in processes of cruelty and barbarism. And if you don’t know it, there’s no excuse not to. It takes 30 seconds on Google to bombard yourself with horrifying articles, pictures, and videos. We know the sounds of sorrowful moans that female dairy cows make when their calves are ripped away from them; we know they have to endure this process of artificial impregnation five to seven times before they are rendered useless and, quickly thereafter, slaughtered, reducing their lifespan by 20 years. We know that chickens are bred to maximize breast size, making them so top heavy they cannot walk. We know these chickens usually have less than a square foot to roam around, causing high rates of infection that farmers eradicate with a constant supply of antibiotics.

While it sounds like PETA rhetoric, it’s nearly impossible to make the reality sound less dire. It seems to me that Upton Sinclair’s “The Jungle” has been released and rereleased, only this time it’s penned by regular people, without formal publishing, on the internet. The verdict is clear: the food industry, particularly that of meat and dairy, is getting away with dirty and cheap practices at the consumer’s expense as well as the expense of the consumed, the animals. Even with this information, regulating Big Food in a radical way seems off the table, and most of us as individuals are content to do nothing.

Of course, many have begun to embrace individualized solutions in this neoliberal age. These are the people who intentionally reduce or eliminate their meat consumption, boast their pescatarianism with pride, or even go vegan, eliminating all animal-based products. But these choices are inaccessible to many for various economic, cultural, and maybe most significantly, mental reasons. The problem is that veganism is entrenched in a world of expectations and judgement, and a rhetoric that boasts moralistic sacrifice.

The internet has perhaps exacerbated the portrait of the vegan as a person who sacrifices pleasure in favor of morals, with Instagram “food porn” making it all too easy to rule out veganism as a viable option for many. If you decide to go vegan, your Instagram feed would like to tell you that these are your options: granola with a strange milk substitute, tofu and kale, and seitan (a meat substitute made from cooked wheat gluten). While this is appetizing to many, to many more it’s a lifestyle change that seems almost masochistic in nature. Why would anyone subject themselves to a gluten-based meat substitute? People go vegan for a host of reasons, including an opposition to animal cruelty, environmental reasons, for labor rights, and in anti-capitalist protest. But whatever the reason, there’s a judgement inherent in declaring yourself a vegan, it seems: I’ve martyred my desires for the good of the planet and animals and people. Why haven’t you?

But what if there was a veganism that celebrated itself without judgement of alternative practices? A veganism that didn’t feel like sacrifice, but instead like a world of culinary possibility filled with flavor and texture and creativity?

Towards the end of Main Street lies a small restaurant with an unassuming awning that reads “B&B Wings and Things.” Inside, Rita stands behind the cash register, immediately saying hello with a smile to each customer who enters. She’s excited to tell you about her menu of choices, both vegan and non-vegan comfort food.

Rita first became vegan eight years ago after participating in the Daniel Fast, a spiritual fast with her church. The fast lasts three weeks, and participants are asked to abstain from what she calls “rich foods,” things like meat and dairy as well as processed food. After ample internet research, Rita stumbled upon several vegan websites, whose eating practices aligned well with the fast. As internet rabbit holes usually go, one website led to the next, and eventually, Rita stumbled on videos and articles exposing the animal cruelty that in many ways marks the food industry.

“I never kind of made that connection before,” she said. “Just looking at the food industry as a whole is what made me go, I cannot go back.”

With her two sons and her husband, the fast became a family project. The mission? Find good food that everyone will enjoy that abides by the rules of the fast.

“We just had such a good time as a family,” she recalled. “And from a bonding perspective, with all the creative things we were able to do as a family, it just continued on, and then evolved to, ‘oh, there’s a thing for this and it’s called veganism and I’m on board.’”

This combination of consumption and positive energy or bonding continued throughout the conversation. This is where the vegan journey gets beautifully complicated for Rita: to her, it seems, food is not just about sustenance. Instead, it’s a mood, as a poster in the restaurant reminds her customers.

This mantra is evident the moment you walk through the doors of B&B. It’s homey, with crafty posters hanging on the walls, a few chairs for waiting, and a completely open kitchen. It’s a collective atmosphere, one where both chef and customer are sharing in the pleasures of great food. All of this is to say, this is not the portrait of the skinny Instagram vegan, trading in burgers for kale.

This cultural expectation is rooted in the belief that the relationship between veganism and food is an either/or. You cannot be a vegan and like food. For Rita, this was radically untrue, but her limited options at restaurants, generally including an unappetizing meat substitute or a meal of sides and carbs, did not accurately reflect her beliefs.

“To me, tofu tastes like throw up,” she said matter-of-factly. “So, with vegan cooking, the more you experiment, the more you start to perfect things. My husband has professional culinary experience. So I’d find something, and he’ll take it to a whole ‘nother level. He knows the science of food.”

And here is the other half of the B&B operation. As a trained chef, Rita’s husband is able to actually produce the delicious food that Rita researches. And beyond his cooking talents, it’s their relationship that creates the light and comfortable environment.

But the mood turns serious when she begins talking about a vegan culture she’s all too familiar with.

“A real, true, die-hard activist, blood on your coat vegan, is not coming in here because there is non-vegan food, too,” she said. “I think when you have that mindset you miss the mission. I liken it to a Christian who puts their nose down to a Muslim, or vice versa. How can you learn from each other, or share with one another, if you don’t meet each other in the place that you’re in. I don’t understand that.”

Her comment again speaks to the judgmental nature of being a vegan. Validly, vegans have taken a stance against cruelty. But to react angrily at those who are uninformed, Rita expresses, only serves to isolate the community.

So at B&B, they’re flipping the script. A meat eater and a non-meat eater walk into the restaurant together. Rita greets both customers with a smile, perhaps the carnivore customer asks about the vegan steak and cheese, to which Rita responds, you gotta try it. The customer, of course, falls in love with the sandwich, which totally does satisfy the steak craving with its textures and taste. The vegan customer and Rita can now explain what veganism is, including what options are available to you instead of what foods you will never be able to eat again. Even better, that steak and cheese costs exactly the same as the regular steak and cheese.

“The most important thing to me was not having the vegan mark-up crap,” Rita said. “If you go to places that have the vegan option, the price is marked up crazy because it’s vegan. If the regular steak and cheese is 10 dollars, it’s gonna be 10 dollars at B&B. The only time it’s gonna have a different price is because that’s the least amount I can charge it to afford to give it to you.”

Her strategies are working, as numerous cases have indicated, even in communities where a meatless or dairy-free diet seems impossible. Rita is half Black and half Puerto Rican, and the stigma of veganism in these communities is not confounding to her by any means.

“I think it’s because food in a lot of cultures, particularly Black and Latin cultures, is symbolic with celebration,” she said. “For being poor or disenfranchised, food was the way you communicated your love.”

But a Puerto Rican man who lives next door to the restaurant saw people in and out, eating vegan food. After trying the vegan steak and cheese at Rita’s recommendation, he’s hooked.

Now that he understands what veganism is, Rita has explained that she can help him “veganize” all his favorite Puerto Rican dishes. She’s now helping him to learn to cook all his favorites so he can introduce it to his family, and together, they can begin to perfect it.

There is no talk of sacrifice, of giving up, of being noble. And while Rita is certainly doing amazing things to make change, she only speaks of love.

“The greatest commandment is to love God and to love each other,” she said. “If you love one another, there are certain boundaries, lines, things, that you’re not gonna do because the love abides. So how can you possibly love an animal but not love a human? How can you have compassion for this little defenseless animal, but you’re here berating this human that also has emotions? That’s the crap that pisses me off.”