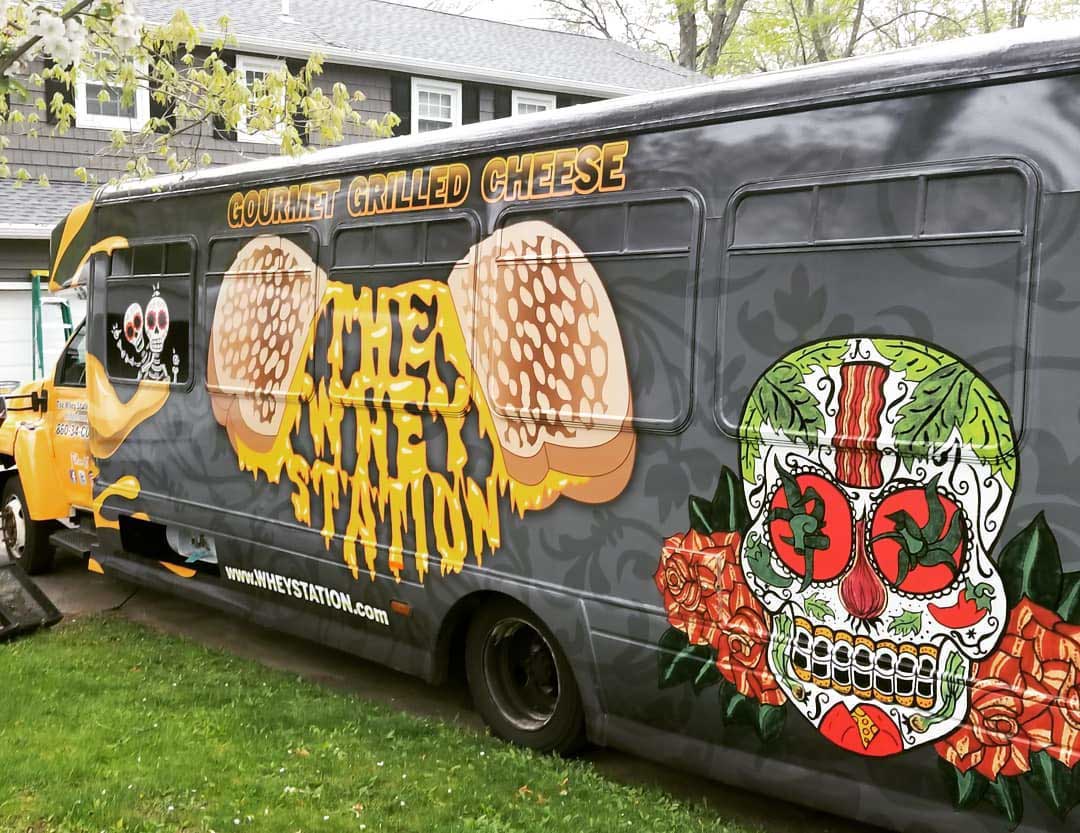 Last Thursday, local food truck Whey Station, a.k.a. “Whey,” announced on its social media platforms that it would be expanding its operations to a restaurant on Middletown’s Main Street. Whey is known for its gourmet grilled cheese sandwiches and is a popular late night food spot for students when it is parked on William Street on weekends.

Whey was started in 2011 by husband and wife team, Josh and Jillian Moskites. According to the Hartford Courant, the restaurant is set to open in 2019 at 544 Main Street, where Keagan’s Irish Pub used to be. Whey’s owners are considering naming the restaurant, ‘Whey Station(ary)’.

When asked about what prompted Whey’s decision to expand, owner Jillian Moskites told The Argus that she and her husband had been looking for the right place for years, but that 544 Main Street was exactly what they had in mind.

“Being in Middletown is critical for us,” she said.“We started our food truck here and want to start our restaurant [venture] here as well.”

Moskites noted some of the challenges that Whey will face as it makes the transition from a food truck to a permanent location. One problem will be transitioning to running a restaurant kitchen, which requires different food prep methods from the food truck operation they currently employ. However, Moskites is confident that her staff will be able to deal with any issues that arise. She also added that owning a restaurant would bring some much-welcomed changes.

“I think after almost eight years of doing food trucks we are looking forward to having a more set schedule for ourselves, at least for the off-season,” Moskites explained.

Whey Station(ary)’s new menu will feature both “fancy” and “fun” menus. The “fancy” section will have items such as French onion queso fundido, croquettes, and several types of macaroni and cheese, while the “fun” section will allow Whey to continue serving some of truck’s favorite sandwiches, including the “Channing Tater” and “Avo Melt” grilled cheeses.

The new restaurant’s announcement attracted significant attention from both local news outlets and Middletown residents. Rob Blanchard, the Chair of the Middletown Democrats and Middletown Common Council member, took to Twitter on Tuesday, Nov. 6 to express his excitement.

“I know there’s an #election today and that’s today’s biggest news but this is a close second @wheystation,” wrote Blanchard.

Many University students were also excited by the news that Whey would be opening a restaurant.

“I’m really excited for Whey to come to Main Street because now I don’t have to wait until Thursday night to get my favorite sandwich, the ‘Channing Tater,’” Caroline Salim ’21 said. “I’m also excited to see how they will branch out with their food items and I’m looking forward to seeing their new menu.”

Shana Laski ’19 told The Argus that she is looking forward to opening of “Whey Station(ary)” because she is such a big fan of the food truck’s grilled cheeses. One of the reasons Laski chose her senior house was because of its proximity to the corner of William and High Street, where Whey parks on the weekends.

“Whey is the love of my life,” said Laski.