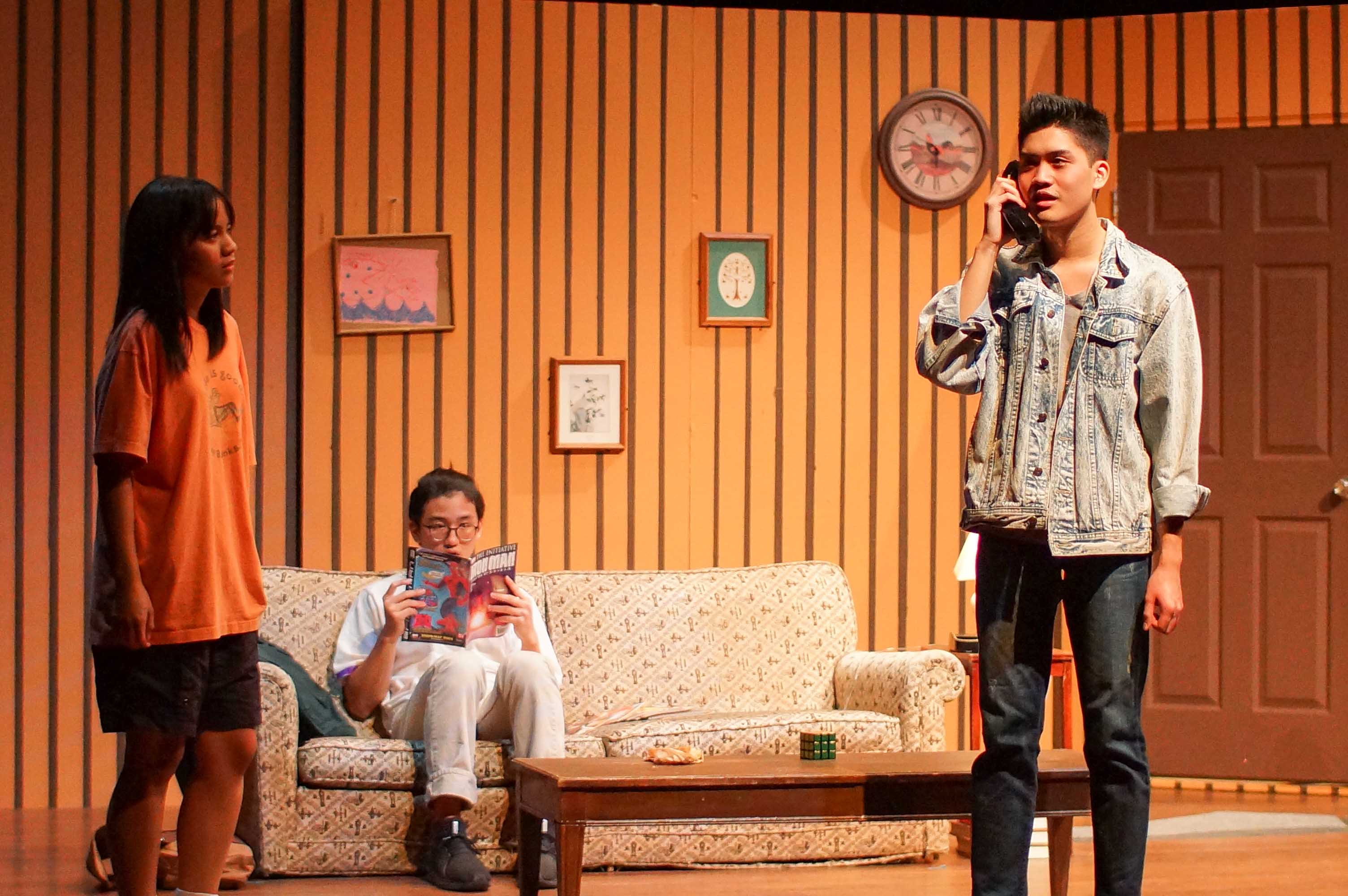 It’s not long into the runtime of Second Stage’s most recent production that Chekhov’s gun is unveiled. This isn’t surprising; after all, the show is entitled, “Edith Can Shoot Things and Hit Them.” It would be more of a shock if Edith (Candice April Cirilo ’21) herself was never armed onstage. What was unexpected, however, was that the titular Edith is a young child, comfortably brandishing a BB. Watching Edith converse with her stuffed animal, and perform other adorable acts of early childhood, becomes a suspenseful sight; what, or who, is she going to successfully shoot and hit? (No, I won’t spoil that twist here).

It’s a common feeling throughout “Edith” which contrasts warm, nostalgic feelings of childhood innocence with the difficult realities that the characters cannot avoid. Edith is both an innocent child and someone emotionally disturbed enough—by her diseased mother and emotionally alienated father—to feel the need to “defend” her home with a gun. “Edith” tells the story of a budding romance between two young men; in between scenes, chatter about how same-sex marriage is “unnatural” is blasted through an on-set television. It shows us an older brother comforting and teaching his younger sister, then reminds us that this is not merely a sign of the pair’s closeness, but something that must be done for them to survive. As brought to life by directing pair, Wenxuan Xue ’19 and Amira Leila S. ’20, “Edith” is both a harrowing drama and an optimistic reminder of the beauty of human relationships.

Written by A. Rey Pamatat, the narrative follows Edith and her brother Kenny (Rama Co ’21), living in middle America and surviving off of what little money their father sends them. Edith grapples with her outrage over her mother’s premature death some years earlier and her disdain for her absent father, while Kenny is constantly forced to figure out how, exactly, he can properly take care of his younger sister. While doing so, he forms a budding romance with his classmate Benji (Dabin Shin ’22), who must grapple with his own family drama; namely an overbearing mother with homophobic disdain for her son’s new boyfriend. Wisely, none of the parental figures are ever actually seen onstage; their presence is instead felt, quite heavily, through the struggles of the three kids. The focus is squarely on the trio of young adults trying to navigate a world that consistently has nothing for disdain for them. 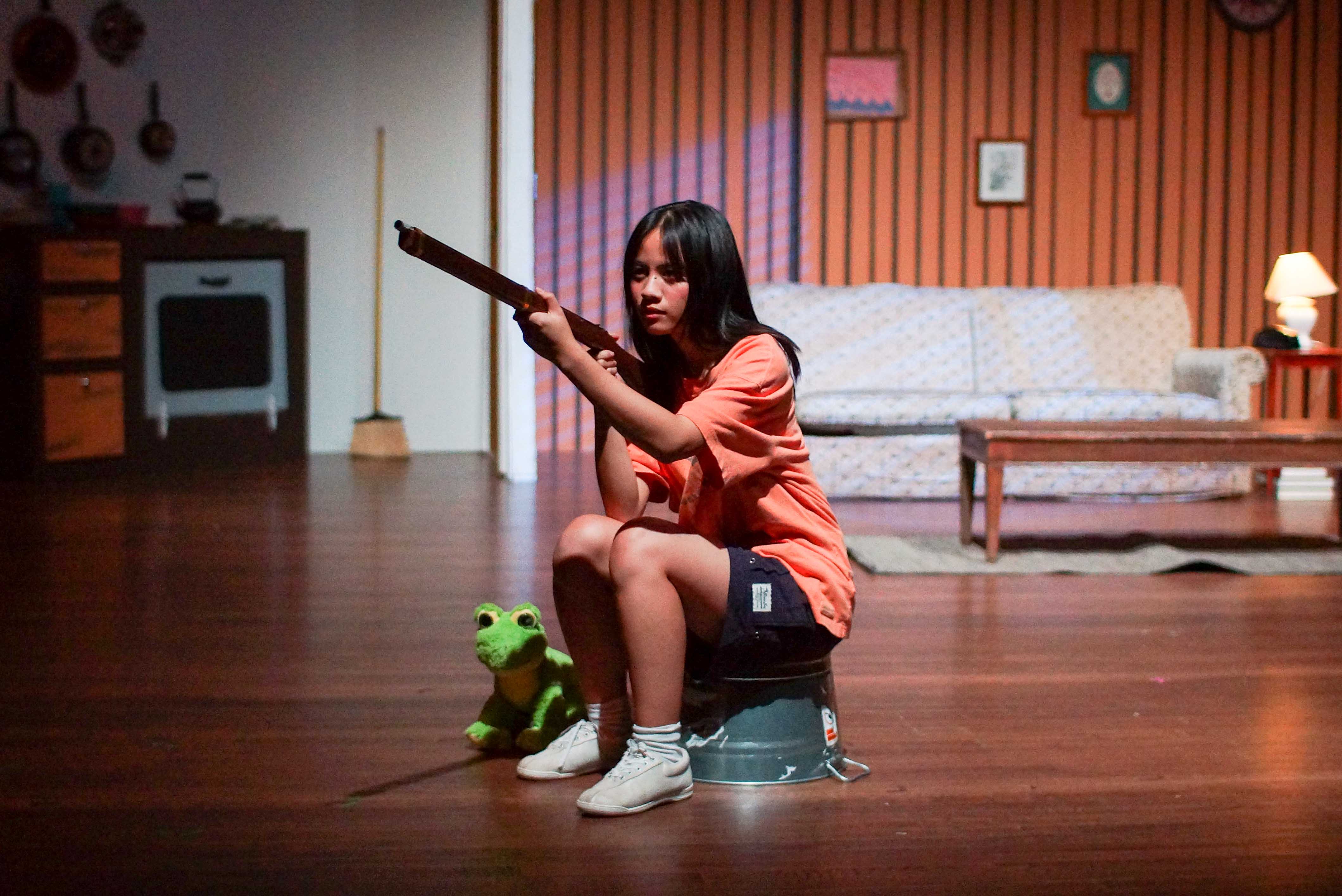 With such a limited group of characters, the show could easily backfire; thankfully, in the hands of a cast entirely made of newcomers to the Wesleyan theater scene, the play’s complex drama is handled with delicacy and charm. As Edith, Cirilo expertly depicts a young child without veering into broad caricature. She is grounded in both her character’s youthful whimsy and justifiable outrage at the cruel world she inhabits. As Benji, Shin inhabits his character’s quirky sensibility without losing sight of his character’s inner turmoil over his mother. Finally, in his portrayal of the over-burdened Kenny, Co never loses sight of his character’s struggles, nor his fleeting moments of joy. The actor is equally at home portraying a man on the verge of an emotional breakdown, and a man overjoyed at the sight of his younger sister.

The production is further helped by its skilled directors, and their talented production team. Leila and Xue keep their staging simple, but effective, and guide their actors to turn in similarly excellent performances. Their production team, from the sets (designed by Daniel Gordon ’19) to the costumes (designed by Helen Wang ’21) is guided by a consistently homey aesthetic. Edith often strolls around their cozy home in an oversized t-shirt, the kind that suggests she stole it from her parent’s or brother’s wardrobe. The kind of comfortable living space contrasts wonderfully with the harsh realities of the drama; while their home may feel warm and welcoming, the reality is anything but.

It’s that contrast between comforting sentiments and difficult realities that helps “Edith Can Shoot Things” excel. Its most heartwarming scenes make its most painful moments all the more devastating, and watching the pain its characters suffer through makes it all the more of a relief when something good happens. It’s a play of sharp contrasts that somehow all fit together.