A Billion-Dollar Organization and the FBI: It’s Time to Reform College Basketball 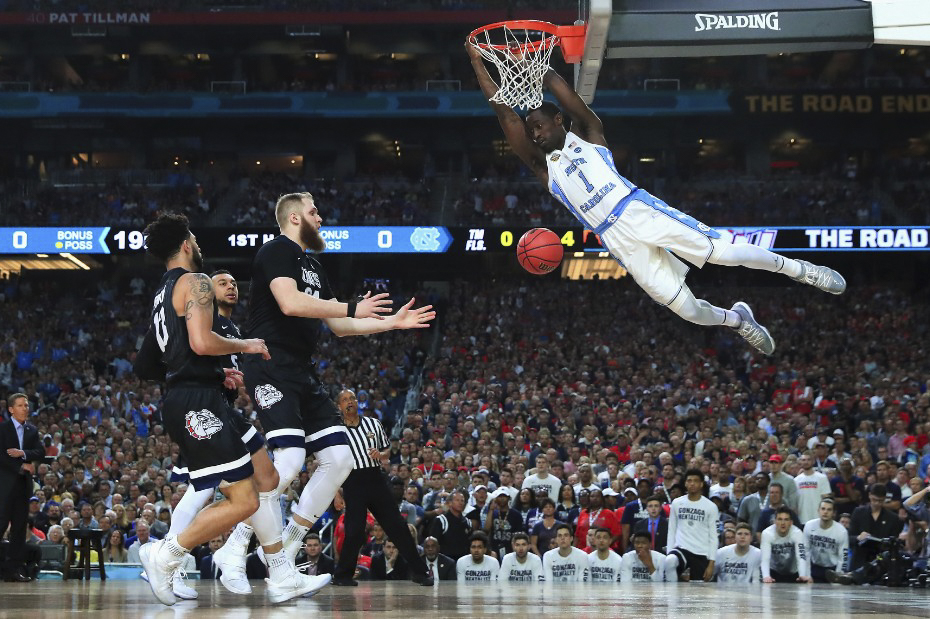 One of my favorite sports activities is filling out college basketball March Madness brackets each year. For those unfamiliar with the tournament, 64 college basketball teams from across the country are selected to partake in a single-elimination contest that pits top-seeded teams from major conferences against low-seeded teams from mid-major and small school school conferences. Household names include Duke, Michigan State, Kentucky, Villanova, Kansas, Louisville, Arizona, and many other universities who have cut down the net in early April. The core attraction to the competition is the talented, superhuman players who compete in the name of their schools. This desire and structure can lead to famous upsets that are nonexistent in many sports. Whether it’s the University of Maryland Baltimore-County, a 16-seed many had never heard of prior to the tournament, upsetting the No. 1 team in the nation with a 20 point win, or Florida Gulf Coast University, who upset the No. 8 ranked Georgetown Hoyas, the madness never ends. And on top of it all, no players receive compensation, making the tournament a battle of heart and will. Well, at least it used to be. In late September of 2017, the FBI announced the arrest of 10 men involved in various ways with college teams and recruits, staining the reputation of a previously esteemed sport.

The case has expanded since, with dozens of schools implicated in corruption ranging from bribery to fraud, to payments of families of prospects to sign with certain schools. For those interested in the full range of the charges, Sports Illustrated offers an excellent breakdown of the case. However, while many in the sports world are shocked by the illegality and corruption of top coaches and talent, many passionate fans have been skeptical of the NCAA from the start. There is no better representation of an organization that brutally exploits its money earners than the NCAA.

He was referring to the predatory behavior of basketball recruiters. Evidence from the undercover FBI operation found coaches paying hundreds of thousands of dollars to families in exchange for a player’s commitment to a school. How does this exploit players? Imagine you are a sophomore point guard in high school, and you are having a breakout season that catches the attention of a few major programs. Your family is struggling financially, and one day someone who says they are associated with Arizona basketball shows up and offers you a $400 meal and new car for your mom if you agree to commit to the school. Pretty tough to turn down. The unfortunate part for the players implicated is the potential legal trouble they face, along with suspension from games needed to catch the eyes of NBA scouts. The unfairness is compounded when you realize many of these players had no real alternative, and were swayed by the money and power of the men who showed up at their door.

In a statement, the NCAA passed the blame to the people involved, issuing what amounted to lukewarm words of disapproval. However, the organization is responsible for creating the mess, by refusing to compensate college athletes for their efforts on the court. This is not a new debate; controversy over the lack of payment to players across various sports has been in the spotlight for years. The NCAA claims that a “free” college tuition in the form of scholarship is payment, and that an education is invaluable. Sounds wholesome.

However, what the NCAA conceals is the egregious sums of money earned from the tournament. In 2016, the organization extended a TV deal with CBS for the tournament that totaled $8.8 billion through the year 2032. For the 2017 fiscal year, the NCAA reported a revenue of $1.1 billion, the first time the “nonprofit” brought in more than a billion dollars in revenue. I put nonprofit in quotes due to the pocket-lining of those in charge of the organization. Eleven executives in the NCAA earned more than $450,000 in 2016. I understand nonprofits need to offer competitive salaries to retain top employees. But one would assume these benefits might extend to the players who bring in the revenue. It’s not only college basketball that brings in cash for the NCAA. Big name college football teams are equally guilty. However, a review of the practices of these coaches could be another two articles.

Further adding to the injustice of playing for free is the lack of education most NCAA basketball players receive. A CNN report found players at UNC at Chapel Hill unable to read at a fifth-grade level, and many more in universities across the country who could only read up to an eighth-grade level. Can proponents of the “free education” these players receive really claim a benefit for the athletes? And many of them don’t even stay for the full four years. If a player is fortunate enough to catch the eyes of NBA scouts, he will declare for the draft after one or two years. What this boils down to is an unequal deal, where the top schools like Duke and Kentucky exploit major talent for about a month, bring in hundreds of millions in profits, and then ship a lottery pick up to an NBA team with little education. Supporters of the one and done policy (a policy where players play for one year then declare for the draft) argue that the exposure gained through the one or two years is compensation enough. Well then how are the 99.8 percent of student-athletes who will never step foot on an NBA court compensated? I guess four years of free college, if a player can graduate despite an arduous, year-round sports schedule, is equivalent to the revenue stream showered upon athletic departments across the country.

Former U.S. Secretary of State Condoleezza Rice, head of a commission formed to search for NCAA alternatives after the revelation of the FBI investigation, denounced the setup.

“Elite high school players with NBA prospects and no interest in a college degree should not be forced to attend college, often for less than a year,” said Rice. “One-and-done has to go, one way or another.”

Fortunately, the NBA executives have stepped in with a potentially landscape-shifting decision. Starting in the summer of 2019, the NBA will offer “Select Contracts” worth $125,000 to top prospects that are at least 18 years old but not ready for the NBA draft. While it may take a while for potential top picks to pass up the exposure of the NCAA, once a few players start a trend, it will be a matter of time until the G-League rivals the NCAA’s monopoly on basketball talent.

I’ll still tune in March to watch my favorite sporting competition. But with any luck, the G-League will become competitive enough to be watchable, or the NCAA will pay the players it markets like Marvel with a blockbuster. Until then, we will watch in awe as 18-year-olds Zion Williamson and R.J. Barrett embarrass their competition and make us wait a year before they take the NBA by storm.