“Riverdale” Remains Ridiculous, With All the Highs and Lows That Follow 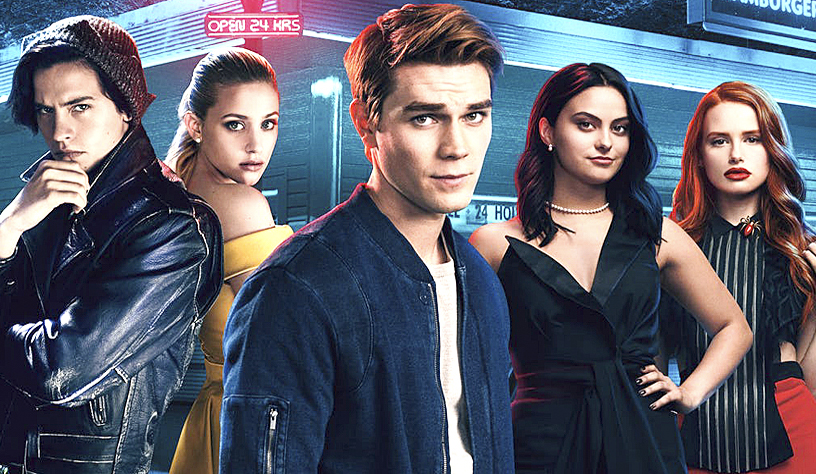 The first season of “Riverdale” was a surprise success, taking a premise that should’ve fallen flat on its face (adapting the Archie Comics series, but mixing in the tone and darkness of “Twin Peaks,”) and turning it into one of TV’s best guilty pleasures. Like “Twin Peaks,” the show revolved around a shocking murder in a small town populated by quirky characters, each with their own hidden secrets. Even more so than the show that inspired it, “Riverdale” leaned into the soap opera aspects of its storytelling, throwing in plot twist after plot twist to delirious effect. This was a show in which Betty Cooper (Lili Reinhart), a loving teenage sweetheart in the comics, puts on a wig and drugs and tortures a football player for slut-shaming her friend Veronica (Camila Mendes); in which Betty’s sister Polly (Tiera Skovbye) learns she’s technically been in an incestuous relationship; and a show where the murderer is revealed to be the father of the murdered.

Did I mention they’re all in high school?

At its best, “Riverdale” was some of the most ridiculous television that’s ever been produced, constantly finding ways to top its most outlandish storylines. But it was a victim of its own success: when renewed for a second season, its episode count was bumped up from 13 to 22, which, theoretically, would’ve given the writers more room to explore new and expanded plotlines. In practice, it backfired: its first season was able to focus primarily on the murder mystery at its core, but season two had a more difficult time sustaining a single storyline over the course of an additional nine episodes.

Things started off strong with another mystery, the identity of a serial killer known as the “Black Hood.” But once that storyline was seemingly resolved halfway through the season, things began to fall apart. Most of the main plotlines just weren’t that engaging; it wasn’t interesting to see protagonist Archie Andrews (KJ Apa) become the puppet of Hiram Lodge (Mark Consuelos), the greedy, manipulative father of his girlfriend Veronica; nor was the drama between rival gangs all that compelling. “Riverdale” works best when it’s focused on a central mystery, one whose resolutions are creatively ridiculous.

With the start of its third season, “Riverdale” is partly back on track, partly stuck in its sophomore slump. There are some genuinely great new mysteries to be solved here, but also some stories that are simply tedious. Unsurprisingly, the show’s strengths remain its ridiculous mysteries. Following the realization that her husband was the Black Hood, Alice Cooper (Betty’s mom, played by “Twin Peaks” alum Mädchen Amick) has joined a hippie cult currently known only as “The Farm,” to do some much-needed emotional healing. “Riverdale” being “Riverdale,” Betty has some suspicions about the creepily kindhearted group. Meanwhile, she teams up with her boyfriend Jughead Jones (Cole Sprouse) to investigate the recurring sight of a creature referred to as “The Gargoyle King,” linked a game called “Griffins and Gargoyles” which has prompted several students to commit suicide. It’s also a game that the parents of Riverdale seem to have encountered before, with similar deadly results.

It’s when “Riverdale” fully embraces insanity like this that the show excels; but not all of season three follows suit. Archie’s newest storyline is undoubtedly the weakest of them all. After last season’s cliffhanger, in which he’s framed for murder by Hiram, Archie finds himself imprisoned and protecting himself from gang violence, a warden who forces his prisoners to participate in a brutal fight club for the entertainment of the town’s wealthiest, and other prison-story clichés. It’s an example of “Riverdale” at its worst, when it tries to use Archie to explore teen angst and other, real-world issues like corrupt prisons.“Riverdale” thus far has proven to be incapable of genuine portrayals of teenagers or any real-world issues; it’s too utterly preposterous to ever properly convey something so serious.

Nor does it help that the prison plotline has dragged other characters, like Hiram and Veronica Lodge, down with it. Hiram, once a promising series villain, has become utterly comical. Consuelos’ excellent performance can’t hide the fact that Hiram is a middle-aged man with a grudge against a teenager who’s dating his daughter. Doesn’t he have better things to do? Never mind that he had already outstayed his welcome last season. Veronica, too, was once a compelling character, clashing with and rebelling against her manipulative family, and fighting with her friends over the glaring differences in their families’ respective wealth. Now, she spends most of her time doing all she can to help Archie out; in the process, she’s become increasingly one-note.

Still, I’d be lying if I said there weren’t moments where I felt that the show I once knew and loved was back. In the series premiere, for example, the Southside Serpents (Jughead’s gang), must retrieve their dog (named Hot Dog, of course) from a rival gang, the Ghoulies. Many of the show’s main characters, upon retrieving Hot Dog, find themselves surrounded by rival gang members, seemingly doomed to a beating, or, worse still, death at the hands of the Ghoulies. Luckily the team has come prepared: armed with a bow and arrow aimed at the heart of the Ghoulies’ leader, Cheryl Blossom (sister of season 1’s murder victim, played by Madelaine Petsch) saves the day. It’s a deus ex machina so supremely absurd, contained within an already absurd plotline, I couldn’t help but smile. It doesn’t seem like it’ll ever be as consistent as its first season, but “Riverdale” still manages to be as ridiculous as it is ridiculously entertaining.