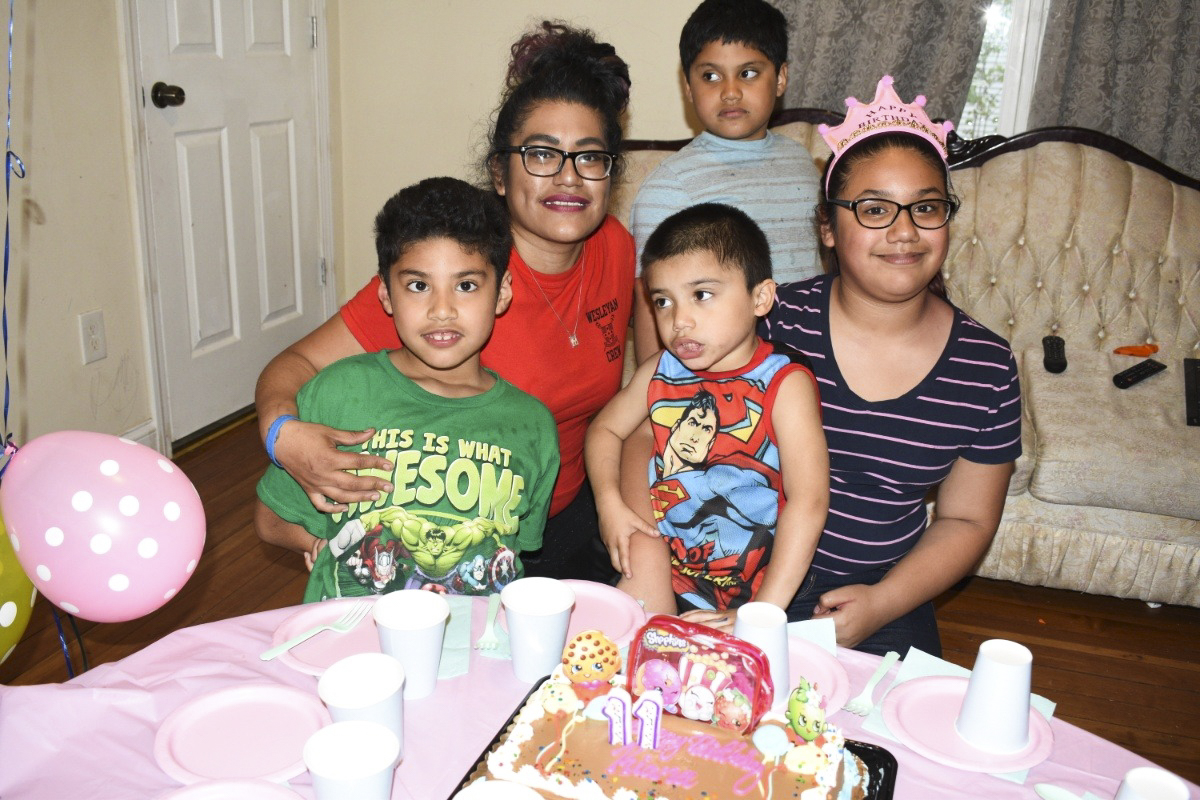 On Aug. 8, custodial worker María Sarabia began to feel lightheaded. A janitor working with Service Management Group (SMG) at Wesleyan’s Freeman Athletic Facility for nine years, Sarabia is diabetic and called a friend to bring her a cup of coffee so she could stay on the job while restoring her blood sugar levels. While she sat down for a moment to drink her coffee, her supervisor caught her sitting on the job and fired her without severance. Sarabia has sole custody over and is the primary provider for her four grandchildren, and this sudden termination has put her in danger of getting evicted from the apartment where her family lives. After her firing, Sarabia contacted Emma Llano ’19 of Wesleyan United Student Labor/Action Coalition (USLAC), who created a petition to get Sarabia her position back.

“On Friday [Oct. 12], I tried to talk to the [SMG] managers, and they refused to comment because of HR reasons,” Llano said.

USLAC member Tomás Rogel ’19 pointed out that at the time of the firing, Sarabia had received no prior warnings about her behavior.

“Supposedly, these warnings had been given something like far enough in the past that they should have been expired by now,” Rogel said. “She had no standing warning at the time of her firing.”

Rogel stated that SMG’s disciplinary process involves a warning and three-day suspension, with termination occurring if another infraction is incurred in a year’s time. Sarabia would have had to be suspended sometime in the past year to warrant a firing. 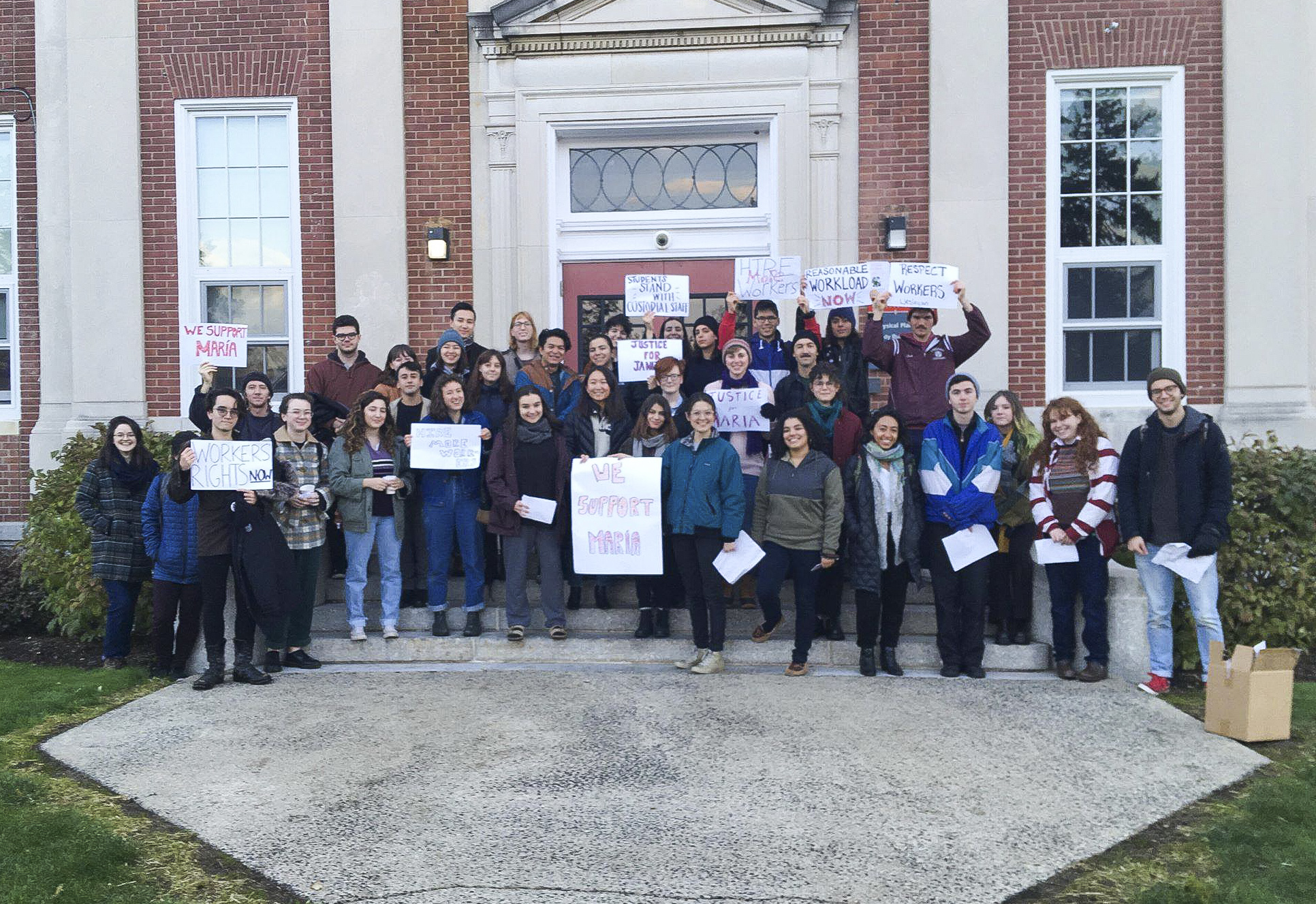 USLAC has since tabled at Usdan and held a teach-in at Usdan to raise awareness of Sarabia’s situation as well as the larger injustices facing janitorial staff. A delegation also visited a meeting between Physical Plant and SMG managers to deliver over 1,100 petitions that students signed demanding fair workloads for SMG employees and María’s rehiring.

“After talking to the union steward, Victor, we came to the conclusion that this is a larger issue against workers,” Llano described. “I’ve been doing activism with custodians since my sophomore year, and something that’s come up is that their workloads are too heavy and Wesleyan keeps cutting their staff. They don’t hire new workers, they just keep giving more hours. Victor thinks they’re trying to cut out older workers and giving larger buildings to undocumented workers who will accept less pay.”

Sarabia is 55 years old, roughly the average age for a custodial worker, but younger workers have been hired as well. Custodians are categorized between “light” and “heavy” loads, with heavy load workers receiving more pay. Managers divide custodial work by room and floor area, not necessarily by which spaces need the most cleaning.

“People really need to clean up after themselves and respect workers more,” Llano said. “Janitors already put up with so much, and they don’t get extra pay for cleaning extra mess.”

Rogel supported the notion that custodians at the University are often spread thin.

“I know that in the past, we’ve heard of janitorial staff being assigned, for example, multiple buildings in the CFA for one single person,” Rogel said. “I know that there have been years in the past where different freshmen dorms have had one person that’s cleaning there. When I lived in 200 High my sophomore year, we had one person who cleaned our entire house. That’s a house of more than 20 people.”

Sarabia pays union fees to SEIU local 32BJ but in a phone call stated that the union never returned her calls and refused to open their office when she went in person.

“It’s not right,” Maritza Sarabia, María’s daughter, said over the phone. “They’re not helping her at all. They don’t call her back. One time, she went over, and they wouldn’t open the door. They said they were closed. There’s a lot of favoritism and a lot of issues with the union.”

Rogel doesn’t expect the union will get back to Sarabia in a timely manner.

USLAC has started a GoFundMe campaign that has raised nearly $7000 with the hopes of staving off Sarabia’s eviction notice, but after a two month’s delay, options are running short. On Oct. 12, Sarabia was served an eviction notice and ordered to leave her apartment by Oct. 19.

“We talked to her landlord, and he informed us that he has no desire to take them back even if they do pay the two months’ rent that they’re behind on,” Rogel said. “Right now, it’s looking like Maria lost her job and financial support for her four grandkids and her husband and her daughter, and is now being kicked out of their home over this cup of coffee.”

On top of working to secure Sarabia’s old position, USLAC is looking to amend union contracts to prevent future terminations without warning or severance. They are also hoping to hire five new custodians to ease the load for existing workers. Rogel emphasized that the University should take greater care in the subcontractors it chooses to partner with.

“We are trying to demand the University to pay attention to the companies that they subcontract,” Rogel stated. “My best guess is that they try to not be involved because if there’s an issue with the company, they want it to be separate from the University. They have to acknowledge that those companies are operating under their premises.”

These measures hopefully will prevent situations like Sarabia’s from happening again, but in the meantime, Sarabia’s conditions have little hope of improving. An update posted on the GoFundMe campaign page reports that María’s family has managed to find a new apartment, but donations are still needed to support her while she is unemployed.

“My mom is going through a lot,” Maritza Sarabia said in a phone call. “She has legal custody of my four kids. It’s a very bad situation, and I can’t provide for them. She just wants her job back. That’s all she cares about. That’s all she’s fighting for.”

Additional reporting by Jordan Saliby, who can be reached at jsaliby@wesleyan.edu.