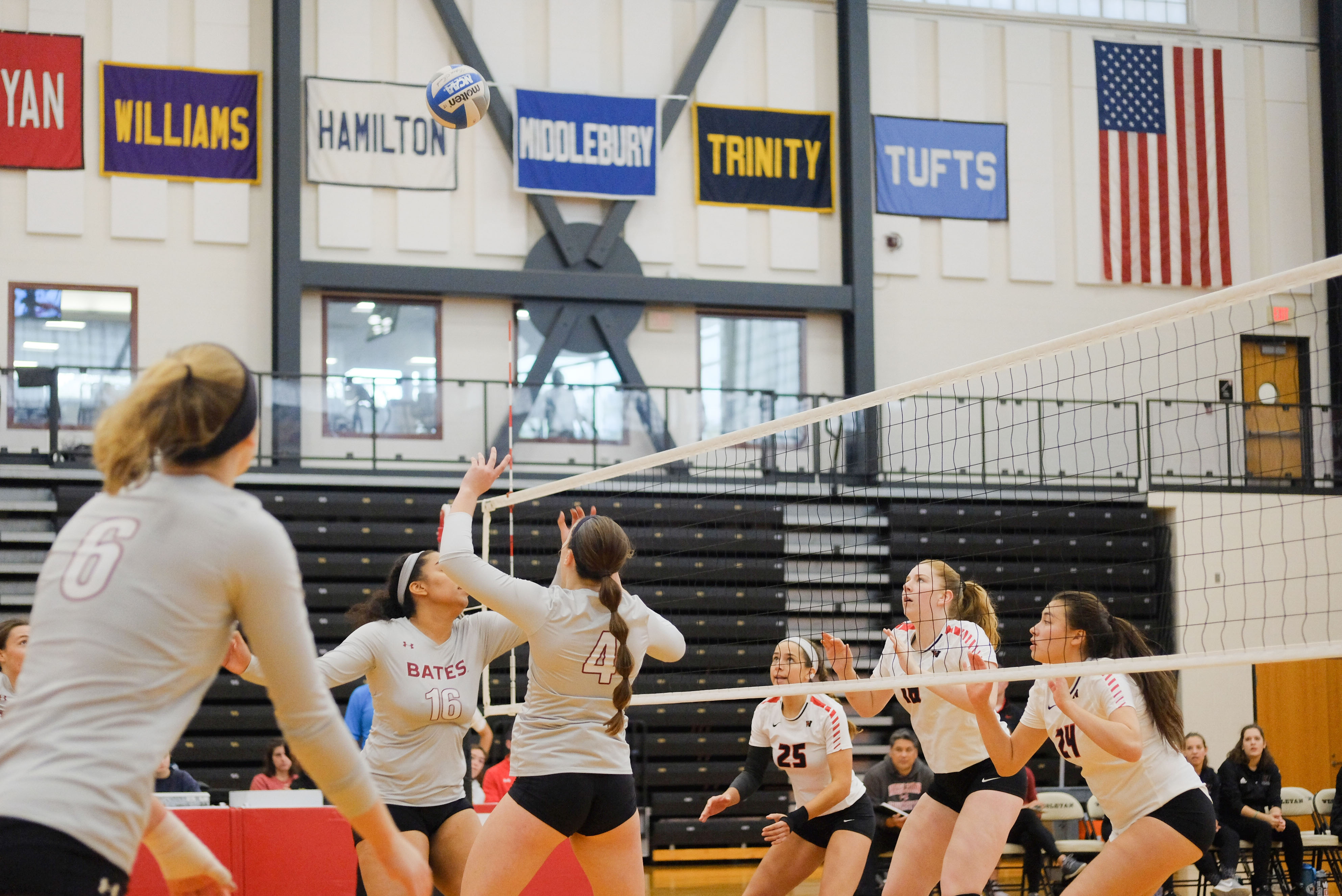 Women’s volleyball extended its NESCAC winning streak to eight games by beating Middlebury, Colby, and Bates over the past two weekends and pushed its overall record to 13-2 on the season.

“We look really good when we are fully engaged in competing, but we need to continue to lengthen the duration that we are fully focused and playing our best,” Somera said.

The Cardinals are undefeated in the NESCAC with an 8-0 record. Somera’s desire for improvement likely stems from the two out-of-conference losses suffered by the Cardinals. After a NESCAC title last year, it is probable that Somera and his team have their sights set on a journey deep into the NCAA Tournament. 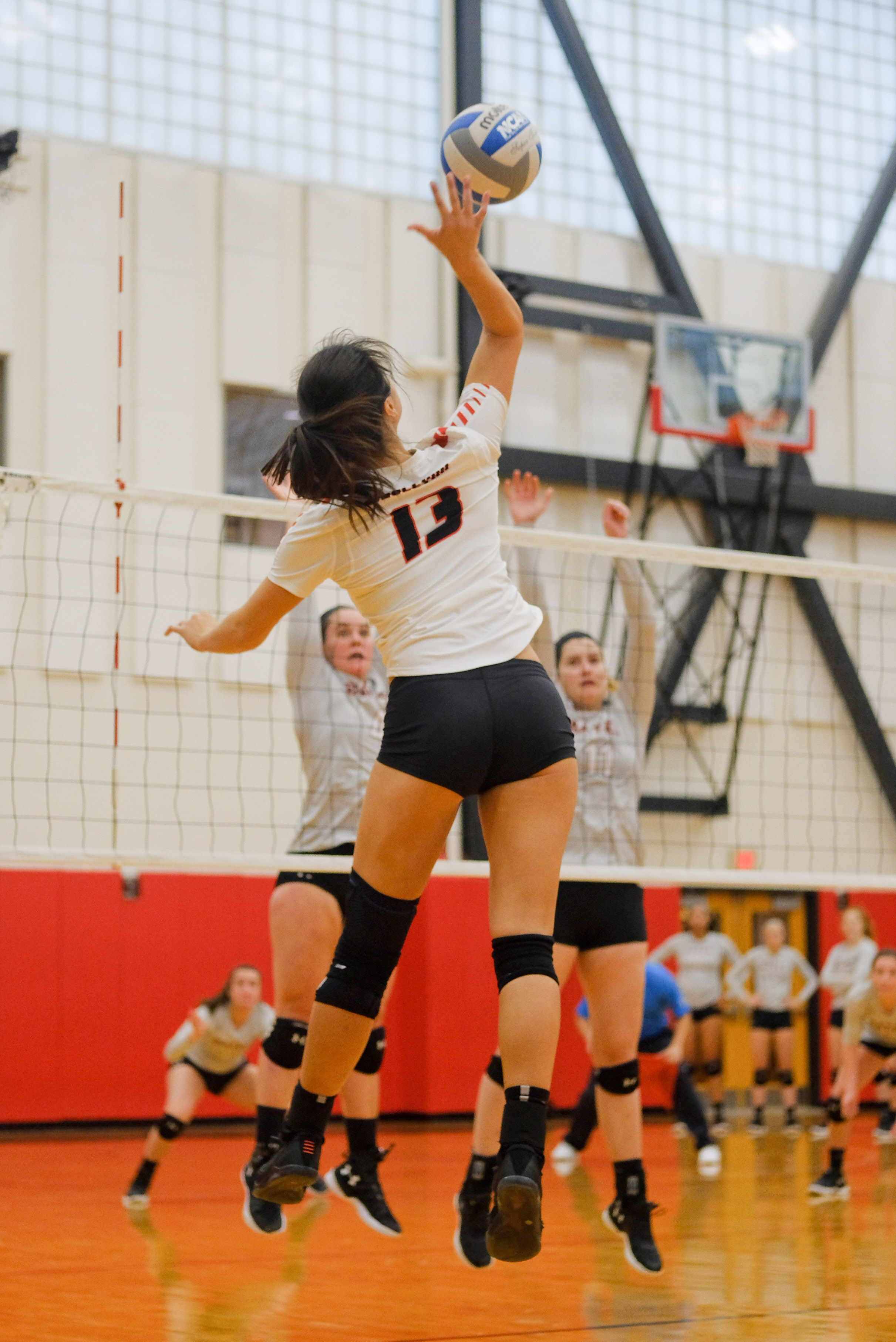 Madeleine Lundberg ’19 added that their hard work in practice was a big reason for the success they have been having over these last few weeks.

“I think what we did well consistently over the past two weekends was translate things we learned in practice to the game,” Lundberg said. “We had two really solid weeks of practice, and we were able to take what we worked on in those practices and used it to stay consistent and clean throughout all three games.”

She also said a big part of the victories was their mentality, especially after losing the first set against Bates.

“Going into the second set against Bates we really focused on cleaning up our mental game,” Lunderg said.“We did a much better job of finding our hitters and executing in our system to force them into situations where they couldn’t be as offensive.”

Somera agreed with Lundberg’s assessment of the match.

“I felt like we beat ourselves in the first set and didn’t really give the mental effort needed to compete at a high level,” Somera said. “For us, the key was to make new choices about how we were going to compete. I think every team has matches when they hope to win with as little effort as possible, and we need to do a better job of not allowing records and rankings to determine our effort and focus. We were able to accept our miscalculation of the opponent and made a mental change before it led to a loss.”

For the average spectator, it can be clear what Somera means when he talks about self-defeating play. Most points won by Cardinal opponents are missed shots from the Cardinal side of the net, not clear winners from the opposing side. 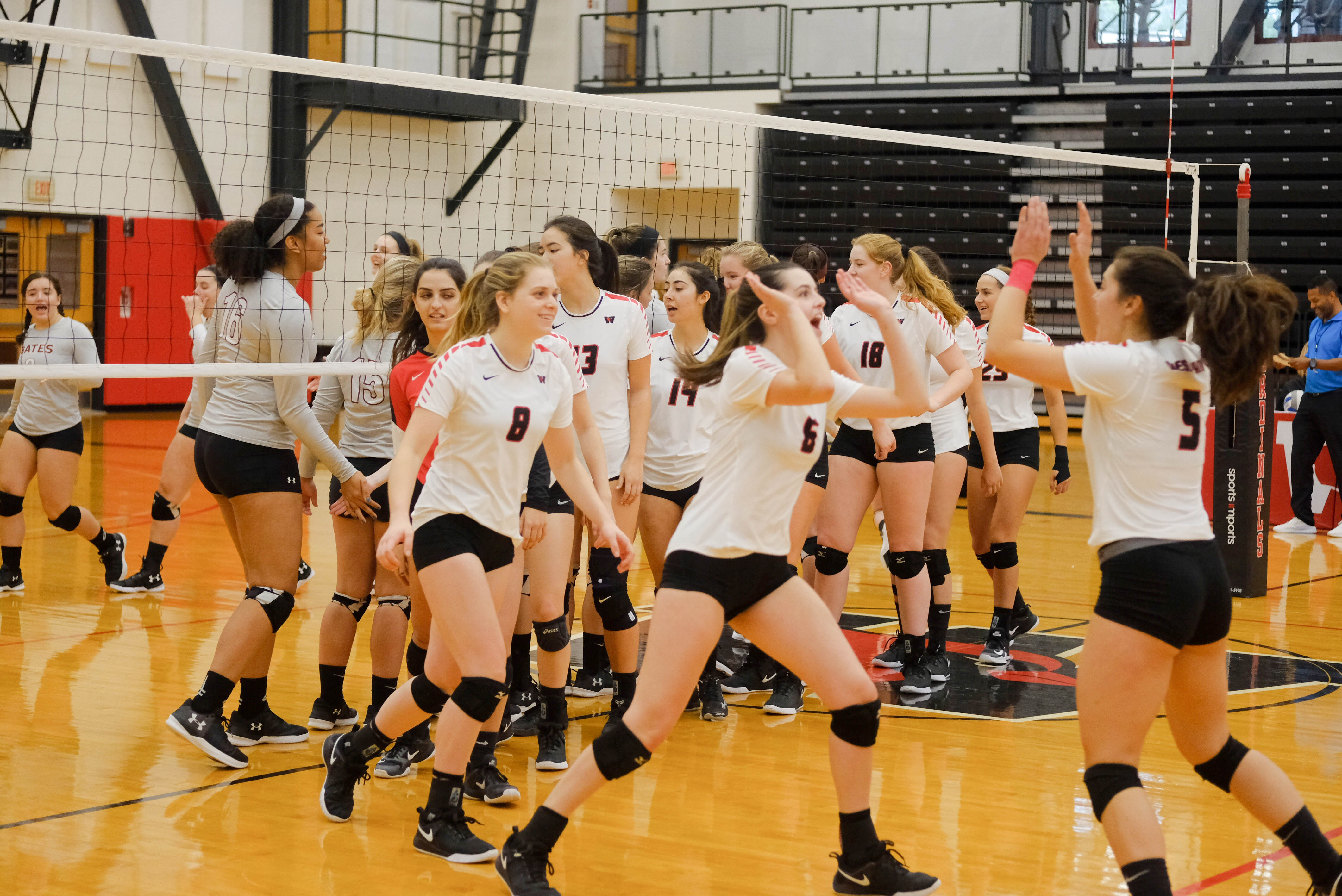 Next up the Cardinals take on three non-conference opponents in Franklin & Marshall College, Susquehanna University, and Swarthmore College before wrapping up their regular season with two NESCAC road matches against Tufts and Bowdoin. A win over Tufts and Bowdoin would secure the number one seed and an undefeated NESCAC record. Bowdoin also holds an undefeated record, so if the two teams go into the matchup 9-0, the winner will earn the top seed in the tournament.

“We want to continue to improve,” Lundberg said. “We’re all hungry for another NESCAC championship, and we want to make sure that we don’t get complacent with our level of play. We want to keep getting better and keep learning every day in practice so we can set the bar higher and hold each other accountable to an even higher standard.”

Somera again concurred with his player.

“I believe we need to continue to improve and make the most of each practice opportunity,” Somera said. “When you practice well the team builds trust, and when you trust your teammates you feel confident. Confidence gives you the strength to face adversity without panicking.”

The Cardinals hope to translate this talk into result and win out their final five matches, all on the road. The next time they will play at home will be the first round of the playoffs.