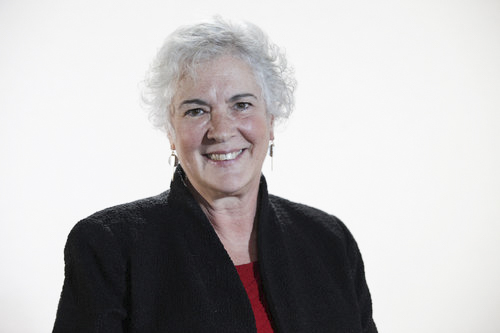 The Anthropology Department hosted Lila Abu-Lughod to deliver a talk titled “Framing Islam: ‘Violent Extremism’ and the Rise of Securofeminism” as the department’s 2018 Annual Lecture on Thursday, Oct. 11.

Abu-Lughod is the Joseph L. Buttenwieser Professor of Social Science at Columbia University, and her ethnographic research centers on the dynamics of gender and women’s rights in the Middle East. In the lecture, Abu-Lughod examined how gender experts and women’s rights groups have recently begun to direct their advocacy efforts under the agendas of the global security enterprise known as the Countering Violent Extremism Task Force (CVE), a U.S. government program established during Obama’s presidency. Abu-Lughod expressed concern with how the emerging advocacy of this group of “securofeminists” in conjunction with the efforts of CVE unwittingly risks perpetuating certain pernicious narratives surrounding violent extremism, women, and the religion of Islam.

“Like so many now involved in the counterterrorism industry, securofeminists bend over backward not to name or specifically blame Muslims,” Abu-Lughod said. “However, they are colluding in a dangerous framing of this community and this religious group and contributing to the harmful belief that it is a sensible thing to blame Muslims, a belief which we can observe increasingly circulating throughout the public sphere.”

Combating gender-based violence (GBV) has surfaced as a principal objective in the foreign policy agendas of international governances, national politics, and feminist advocacy groups across many various contexts and disciplines. However, CVE’s framing of the discourse surrounding how to address GBV has implicated Islam in particular in the now-predominant understanding of what constitutes GBV when deploying comprehensive geopolitical initiatives.

“The conservative gender ideologies of CVE, and its descriptions of religious rigidity can, of course, relate equally to Hindu nationalist groups and Christian fundamentalists,” Abu-Lughod said. “But the cues of gender segregation, and the claims that feminism is Western seems to intentionally line up more closely with Western images of Muslim societies, and so it goes without saying and remains unsaid, that Muslims are seen as the ones who pose the special threat.”

At the crux of taking action against violent extremism, there is a rising Islamophobic sentiment that Abu-Lughod argues manifested itself in the executive order issued by President Donald Trump in January 2017 titled “Protecting the Nation from Foreign Terrorist Entry into the United States” or more colloquially “the Muslim ban.”

Further examining the extensive development of the CVE enterprise, Abu-Lughod noted not only the increased difficulty of mitigating prejudiced narratives, but also the implications such growth poses for the actual so-called security agendas of CVE.

“A consequence of the proliferation of the exponential number of organizations getting involved in CVE is the drift away from the concern of women and human rights,” said Abu-Lughod. “The CVE industry has seemed to have lost touch with the actual violences it is meant to address. CVE’s campaigns trivialize injustice wars and tragic losses of lives as it is trying to capitalize on the architecture of fear.”

Building off this fear, securofeminists regularly appear to be presenting women as targets of extremism to justify their work and bolster their credentials as allies in countering violent extremism.

“Securofeminists promote themselves as leaders of CVE,” Abu-Lughod said. “And despite potential hesitations some securofeminists might harbor about conservative ideologies underlying CVE projects, I think they are nonetheless contributing and reinforcing the legitimacy of CVE by linking violent extremism to gender-based violence. The failure to acknowledge that there is no explicit profile for an extremist, nor are there limits to women’s actual involvement in extremism, inherently renders CVE security efforts vulnerable to fatal oversights.”

The issue with understanding women as the natural victims of violent extremism as well as the natural supporters of CVE efforts is not necessarily that this concept produces findings that are explicitly false, but rather that it leaves alternative theories unexplored. It rests upon problematic assumptions about the nature and agency of all women. As this assumption is inevitably reductive, underestimations and misconceptions of the motivations and threats of violent extremism begin to surface.

Abu-Lughod concluded the lecture with a final examination of the problematic relationship between feminist advocacy groups and CVE efforts as well as her position on moving forward given these critical developments.

“Gender-based violence and misogyny are not the monopoly of any one particular group and thus should not be used as alibis for war or deadly forms of violence connected with what is called security,” Abu-Lughod said. “What I think feminists ought to do is expose the concept of violent extremism for what it actually is, not just an empty signifier but a pernicious one. By distancing ourselves from the global security discourse of CVE that is supported by the Islamophobic right that employs terms like ‘violent extremism’ to induce and produce fear of Muslims, we can finally begin to collectively explore other alternatives of how to make the future more secure, more just, and more prosperous.”