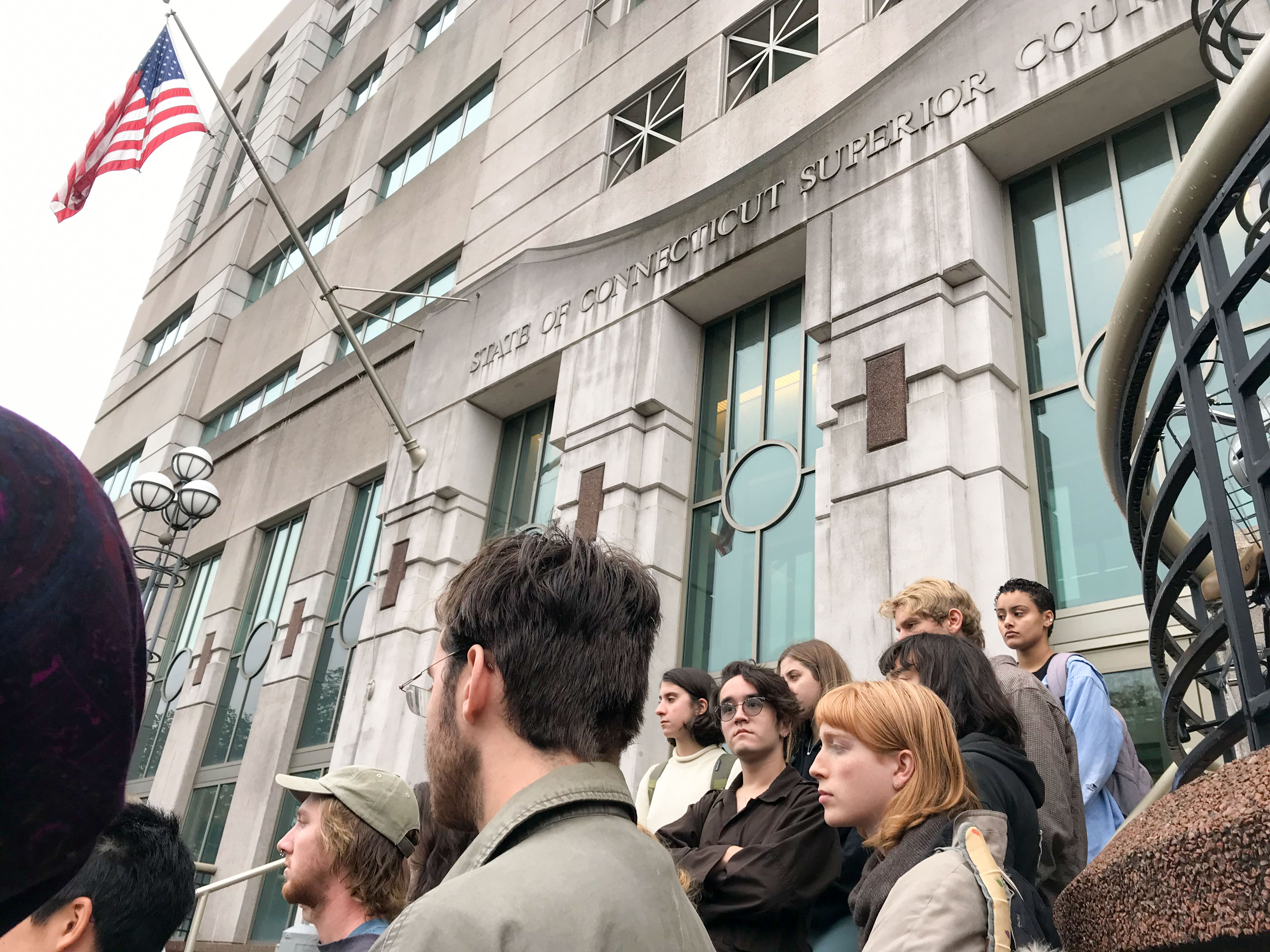 Last Tuesday morning, a group of about 20 Wesleyan students stood in solidarity with the family of Caleb Tisdol at the State of Connecticut Superior Court in Middletown.

On Dec. 14, 15-year-old Tisdol was shot by the New Britain police, who claim that they were attempting to stop a car whose passengers they suspected were involved in recent carjackings and armed robberies. Tisdol survived the shooting and is now being charged as an adult on drug and weapons offenses.

According to the The New Britain Herald, five officers fired at the car in the December incident. The five officers involved, who have all been on desk duty since the shooting, were as follows: Detective Marcin Ratajczak, Detective Christopher Kiely, Officer Michael Slavin, Officer Kyle Jones, and Officer Chad Nelson. The vehicle was being driven by 20-year-old aspiring rapper Zoe Dowdell and the passengers were Tisdol and 18-year-old Noah Young. Dowdell was killed in the shooting, and the others were wounded. While Tisdol was originally issued a summons for possession of narcotics and weapons offense, he was later charged as an adult despite being 15. Tisdol also faces previous charges including robbery and assault from weeks before. He is currently serving time at the Manson Youth Institution in Cheshire according to The Journal Inquirer.

Tisdol’s parents have viewed dash cam video footage of the incident, which they say does not match up with the police reports.

“When the first volley of shots stopped, my son yelled out of the car he said, ‘You guys can stop shooting, he’s dead,’” William Tisdol, Caleb Tisdol’s father, said in a Fox61 article. “When they heard my son’s voice they opened fire on the car again.”

The ACLU-Connecticut filed a Freedom of Information Act request in representing Dowdell’s father over six months ago, advocating for the release of the video and surrounding documents. The video has yet to surface.

“This is a really unique and troubling case because it was a situation where an officer fired on a car full of young people,” ACLU-Connecticut Executive Director David McGuire said in an August article published by Fox 61. “We live in a society with checks and balances, and there’s no way to check the police unless the public is able to see this dash cam footage or body camera footage.”

The New Britain Police did not respond to a request for comment. 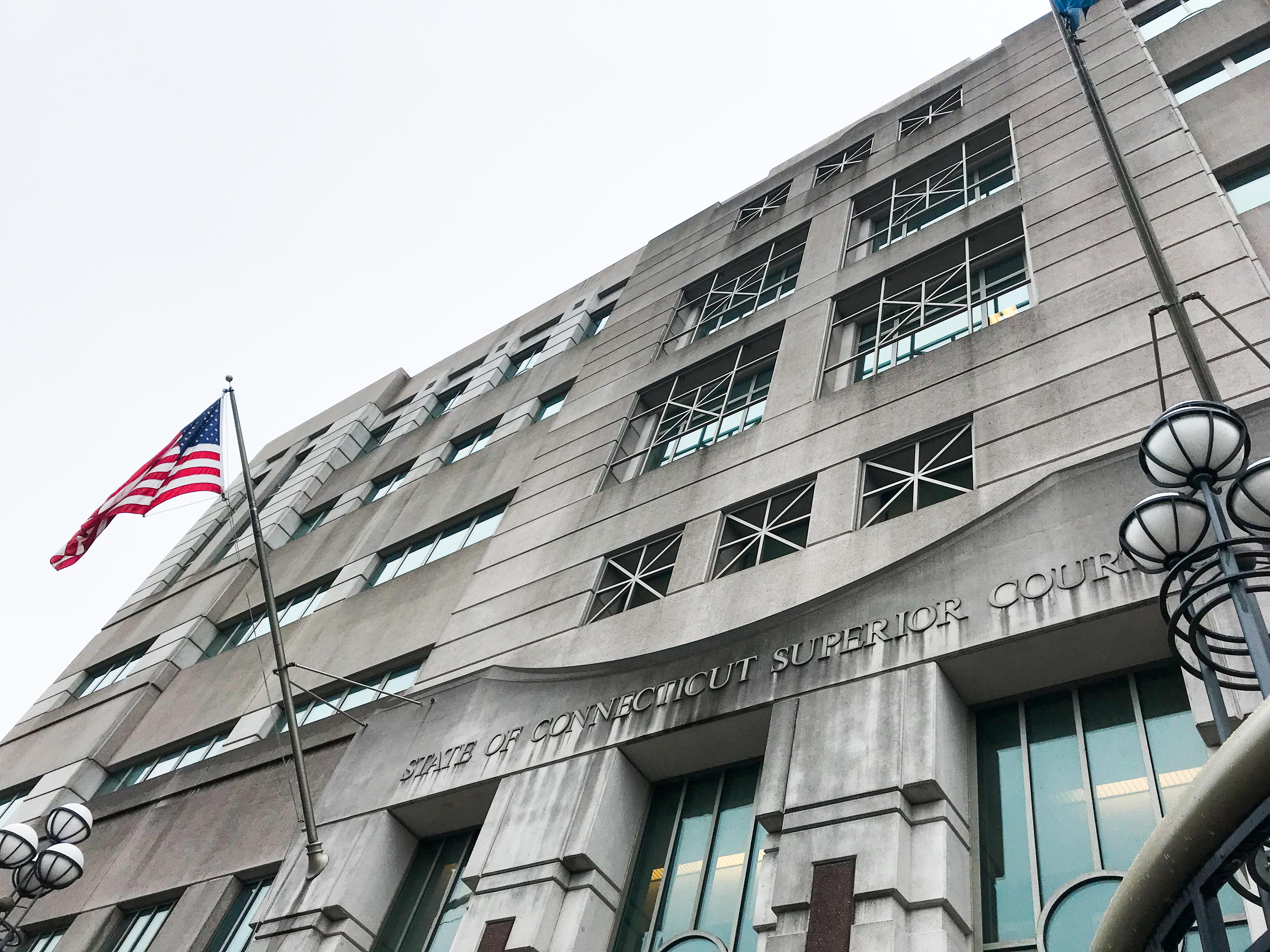 On Tuesday at court, it was determined that Tisdol’s trial will be delayed until Oct. 23. University students’ aim was to show support for Tisdol and his family. Aviv Rau ’19 found out about the hearing from a member of an organization she is part of called Industrial Workers of the World (IWW).

“When we’re dealing with structural racism and police brutality like in this case, things are pretty bleak,” she said. “At the end of the day, Caleb watched his friend get shot and killed by police, he himself got shot, and he has been sitting in jail awaiting a trial where the police keep adding on charges. At this point, the demand of the families of Caleb, Zoe, and Noah is pretty simple: They want justice, and they want the dash cam footage from that night released. So far, they have seen neither. But all three families have been extremely resilient in their fight.”

The role of Dani Jewell-Tyrcha ’21 on Tuesday was to help transport members of the University community to the court.

“His parents are incredibly resilient people who have faced so much and are doing incredible work to make sure that people know the police have wrongfully arrested and brutalized their son,” they said.

Rau discussed the importance of a University student response to instances of police injustice.

“I think it’s important for us as Wesleyan students to acknowledge what policing looks like in this state and show up when we can,” she said. “Personally I believe Wesleyan has a responsibility to the greater community. We’re a resource-rich institution, and we should be more porous to the outside world and vice-versa.”