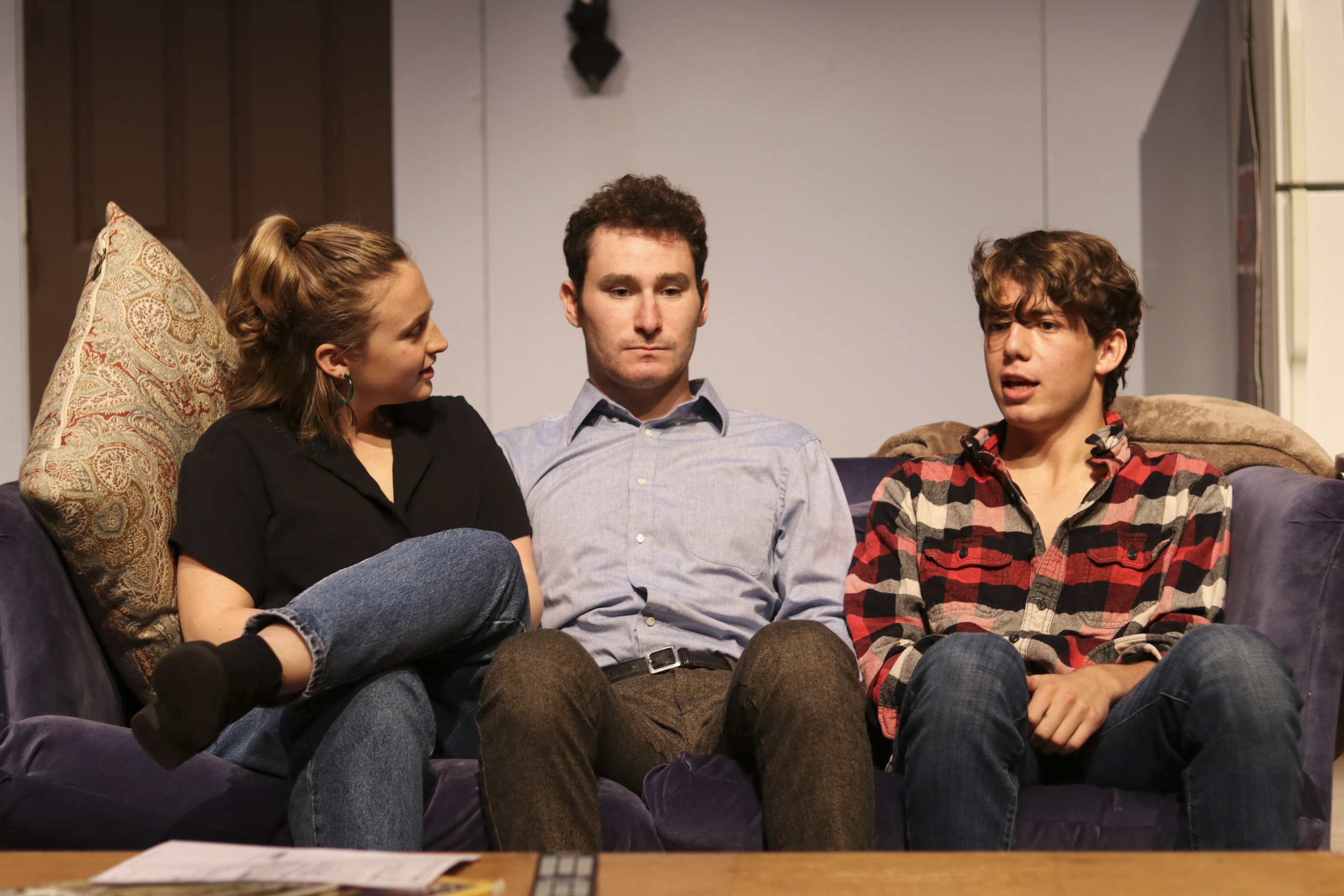 “Not every gay guy burps glitter!” was just one of the many comical yet true lines uttered in the Patricelli ’92 Theater this past weekend, as Scott Elmegreen’s and Drew Fornarola’s 2016 play, “Straight” graced Wesleyan audiences with an intimate look at one man’s attempt at coming to terms with his sexuality. Directed by Avery Rose Pedell ’21 and starring Alvaro Chavez ’21, Sam Pollak ’21, and Alex O’Shea ’19, the performance played Oct. 4 through Oct. 6.

“Straight” follows several months in the life of Ben (Pollack), a graduate student working in Boston’s financial district, a football fan, and a closeted gay man. He meets Chris (Chavez), a student at Boston University, online, and they begin hooking up in secret. Ben’s girlfriend, Emily (O’Shea), works in a lab as a geneticist and is a charming, intelligent, and hardworking woman who has been dating Ben for five years. The play documents Ben’s trysts with Chris, which serve as a vehicle for him exploring what being gay means to him and also lead to him falling in love.

Thoughtful direction by Pedell and intimate choreography by Rachele Merliss ’19 create a realistic and enthralling dynamic between the three characters, and tension builds through the dialogue and staging. The audience comes to believe Ben and Chris as a couple, and to see not only the physical attraction but the love and affection that grow between them. At the same time, the years of history behind Ben and Emily’s relationship are evident in their rhythm and knowledge of one another’s habits and lives. We see why Ben is so conflicted; In a way he does love Emily, but it is not possible for him to be in love with her. He is caught in the middle of the life he has spent so long building for himself and the new love and attraction developing for Chris. Somehow you find yourself siding with both Emily and Chris, even though it would seem they are on opposite sides of Ben’s life: the public heterosexual and the closeted gay man. 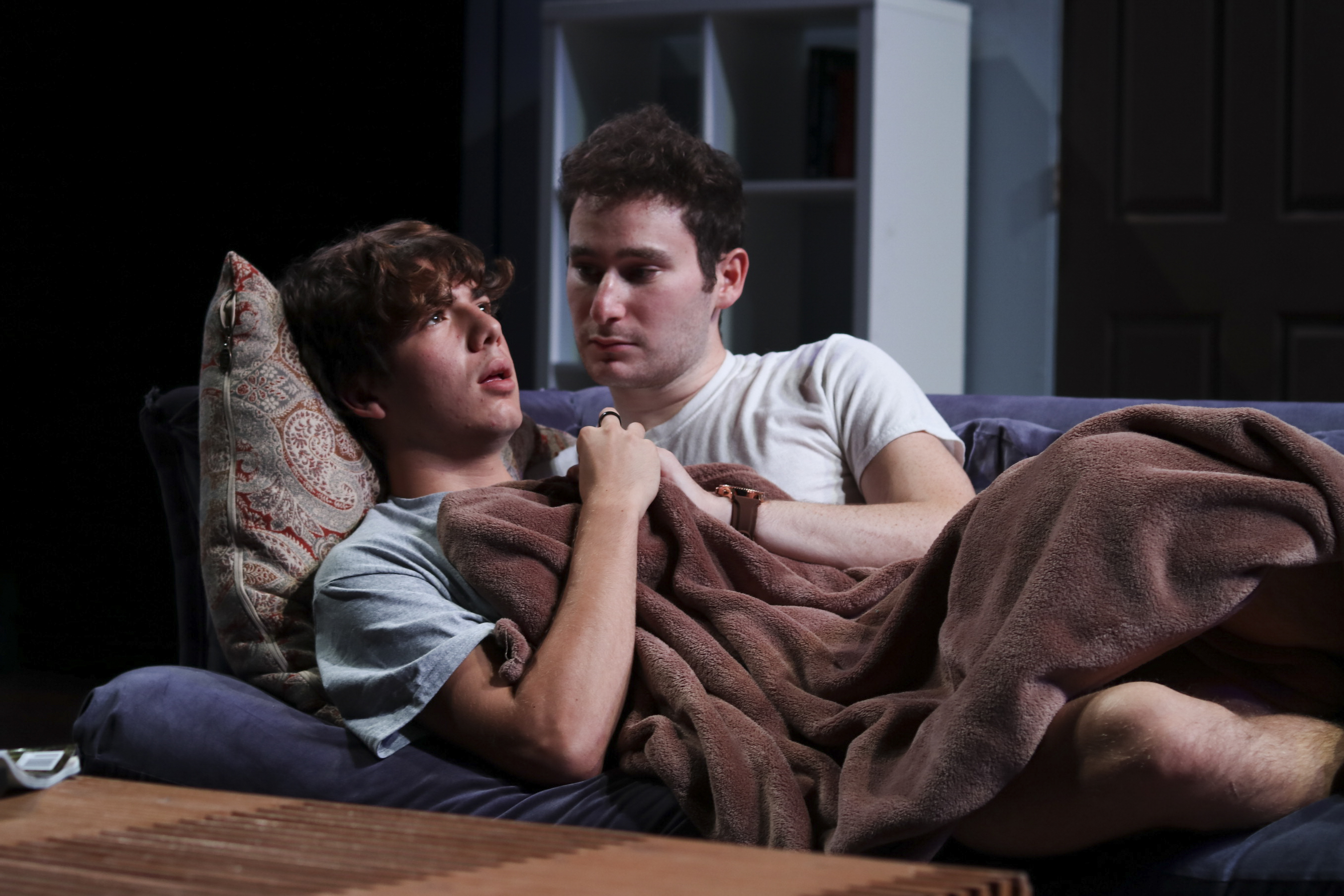 In addition to building a complex inter-relational web between the three characters, “Straight” provides an intimate look into Ben’s thought process as he considers the decision of whether or not to come out. He fears that his identity will be dictated by his sexuality if he comes out, that he will become “the gay friend” instead of “Ben.”

“Everyone wants gay friends,” Ben tells Chris, expressing his concerns about coming out. “Not everyone wants gay kids.” He fears other aspects of his identity will be swallowed by his sexuality. He hates the fact that people are so fascinated with who at work and school is gay, calling it an American pink scare.

The dialogue between Chris and Ben reveals the many complications and consequences of coming out. There are so many stereotypical associations with being a gay man, and while maybe Ben might be okay with people knowing his sexuality, he is less comfortable with all the judgments and connotations that could result. This conflict struck a chord with audience members and cast members alike.

“For me, and I think a lot of…gay men who maybe put up a more masculine side, which I did before coming out, a lot of this play was really personal,” Pollak said. “And the things that Ben was going through I went through at some point in my life.”

The play’s strength is in its intimacy and its probing of inner thoughts and emotions. Pedell, who directed the show, spoke about how this affected her experience as a director.

“What I really wanted to focus on and hone in on in my first full-length directing experience was relationships between myself and the actors and the actors themselves,” Pedell said. “What better way to work with that than in a small, intimate setting where we could all be on a very personal level with each other for the entire process?”

Not only do we see intimacy between characters, but this aspect of the show was strengthened by the relationships between the cast and crew of the show. This, in addition to every scene taking place in Ben’s apartment, made the show feel far more personal and accessible.

The play also investigates the issue of what Chris refers to as “self-loathing bullshit.” By not coming out and not breaking up with Emily, Ben is saying he is ashamed of being gay. By associating gayness with shame, he is indirectly insulting Chris, calling him wrong or implying his identity needs to be hidden. By hating his own homosexuality, Ben is hurting Chris, which comes to a climax when the two have a massive fight over Ben’s reluctance to come out. 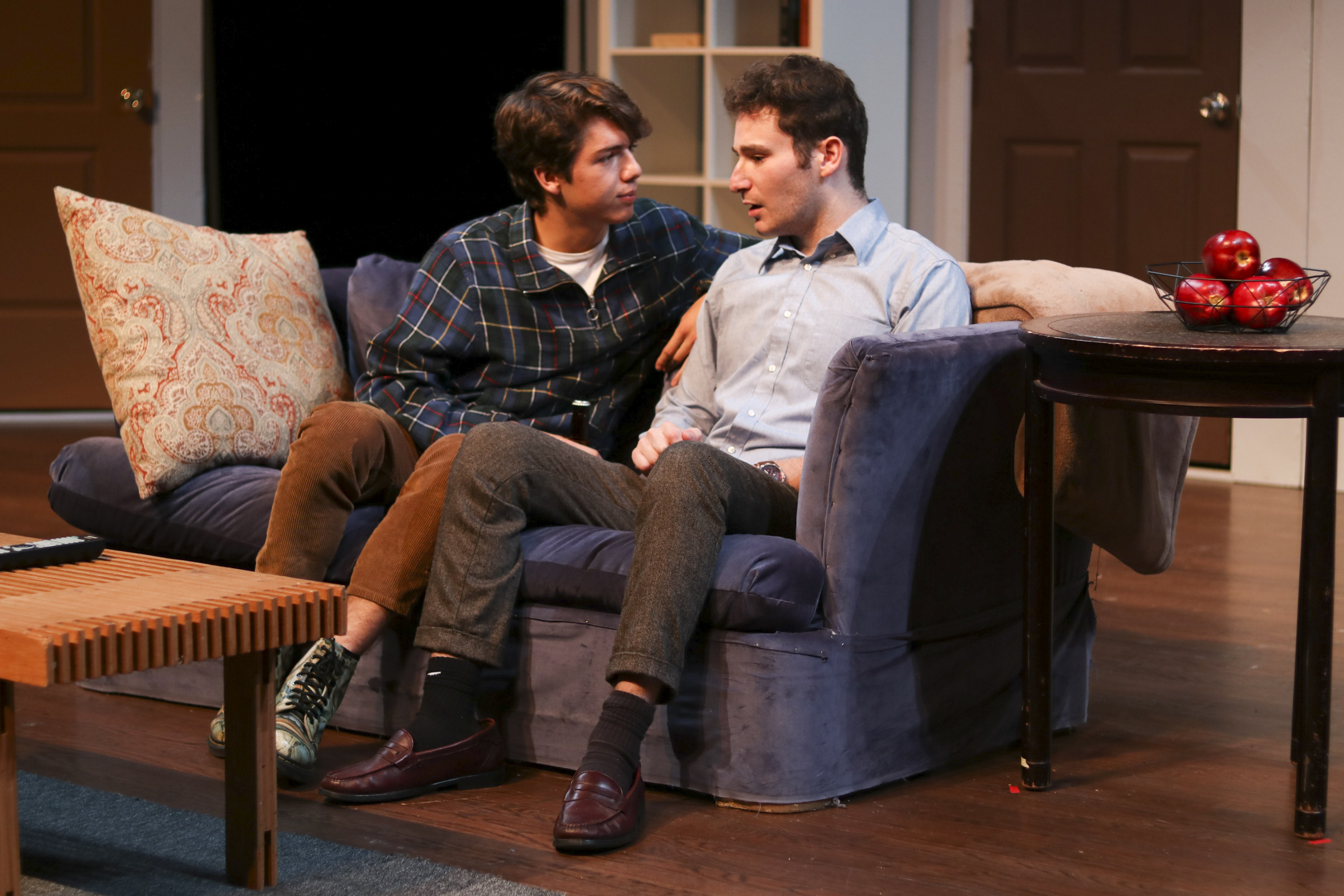 “Straight’s” emotional rawness and personal intimacy resonated with audience members, and showed how important the show and its representation are.

“As long as there are people around this show has to be relevant,” Chavez explained. “The premise of the show is something the main character can’t avoid.”

The real humanity of the characters and how their innermost thoughts were displayed onstage makes this play extraordinarily impactful and emotional. This type of personal theater is taking the stage in a new direction: stories moving not only into the home, but into the heart.