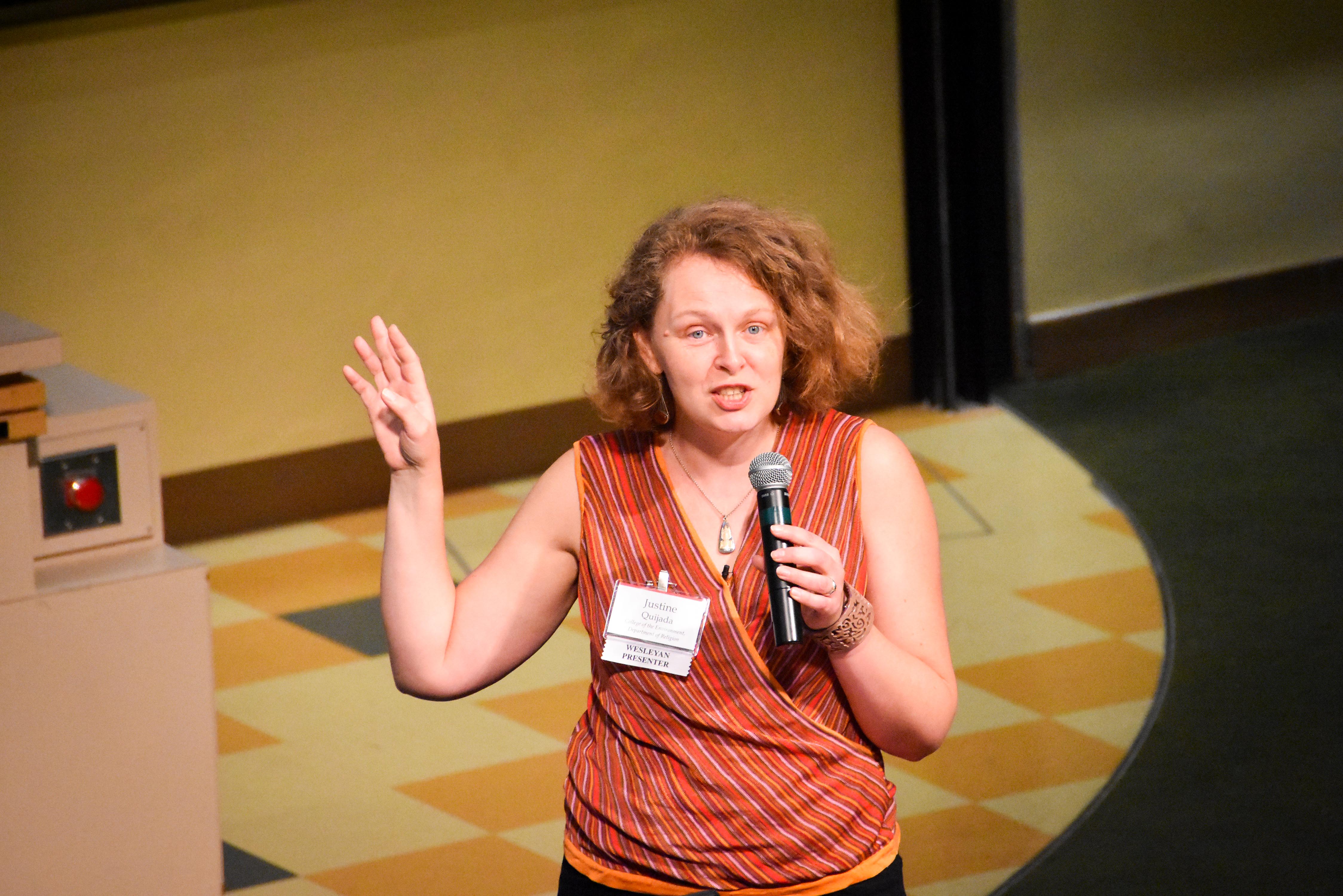 On the morning of Saturday, Sept. 29, the 16th Annual Robert Schumann Environmental Studies Symposium titled “Where on Earth are We Going?”, took place in Exley Science Center. Moderated by Barry Chernoff, the Chair of Wesleyan’s College of the Environment, the symposium featured two presentations on the way we think about the environment with a focus on how one can find a balance between human desire and ecological needs.

Many students and their families visiting for Family Weekend attended the talk, which had a large turnout. The first lecture, titled “Is Animism Good to Think With?”, was given by Assistant Professor Justine Quijada, who teaches in both the Religion Department and the Department of Russian, East European, and Eurasian Studies. Animism, formerly described as an “infant philosophy,” is a contentious term among modern anthropologists, as it was established by Victorian anthropologists who established racist and elitist connotations in their definition of the term. Quijada believes that modern anthropologists should create a new understanding of the term, one which provides insight into the relationship between humans and the environment. 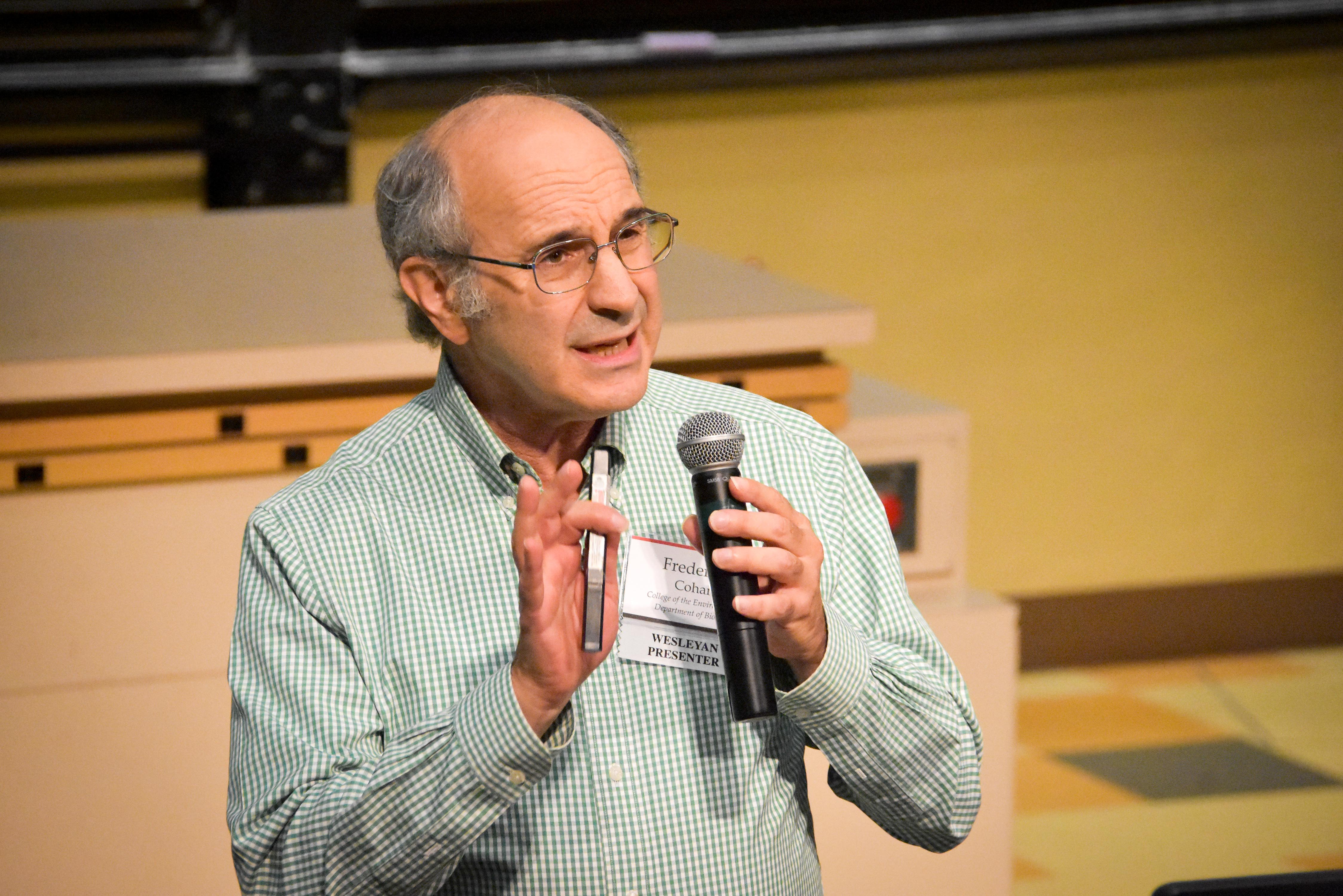 “Animism is recognizing specific beings in nature (not abstract ‘nature’ but rather ‘this mountain,’ ‘this tree’) as powerful Others with whom we need to have relationships,” Quijada wrote in an email to the Argus. “This is very different than thinking about the environment as resources to be used, or through a framework of private property, and that’s why many people think it has real potential to shift environmental protection, but because it’s so different than our existing legal frameworks.”

Quijada, who has done extensive fieldwork in Buryatia, Siberia studying local Buddhist and Shamanistic practices, also pointed out the importance of avoiding cultural misappropriation when integrating concepts of animism into our relationship-building practices. This is especially relevant to a society that is still recovering from the culture-killing effects of Soviet rule.

Quijada also emphasized the connection between ritual and relationship.

“Co-opt practices? Never,” she wrote. “Co-opting practices usually means copying the practice without really understanding the underlying principle. It’s not the ritual that matters, but what the ritual does—which is to build a relationship. So, for example, in my field site, in Buryatia, both Russians and Buryats make offerings to spirit masters of places, often together, because they are neighbors, and part of the same community. In this context, Russians aren’t co-opting or appropriating Buryat rituals, so much as they are recognizing that if they want to live on this land, in this community, they need to have a relationship to this lake, to these ancestors, and to the beings that live in this land. This isn’t appropriation, it’s participation.”

Quijada encouraged the audience to ponder questions of environmental authority. In Buryatian practices, a mountain is an autonomous being. In the U.S., nature is abstracted into an inanimate source of possible economic gain. It seems, she argued, that the U.S. would benefit from incorporating some animistic thinking into its environmental policy.

The second lecture, “Motivating Environmentalism through our Visceral Fears of Infections,” was delivered by Professor Fred Cohan, who teaches in the Biology Department, Environmental Studies Department, and the College of Integrative Sciences. Cohan explored the growing risk of tropical infections as a catalyst to increase support for environmentalism. Cohan’s microbial view on why we need to protect the environment was a fear-inducing call to action, one that he argued was vitally important in Trump’s era of rolling back environmental protections.

Cohan expanded on this in an email to the Argus. 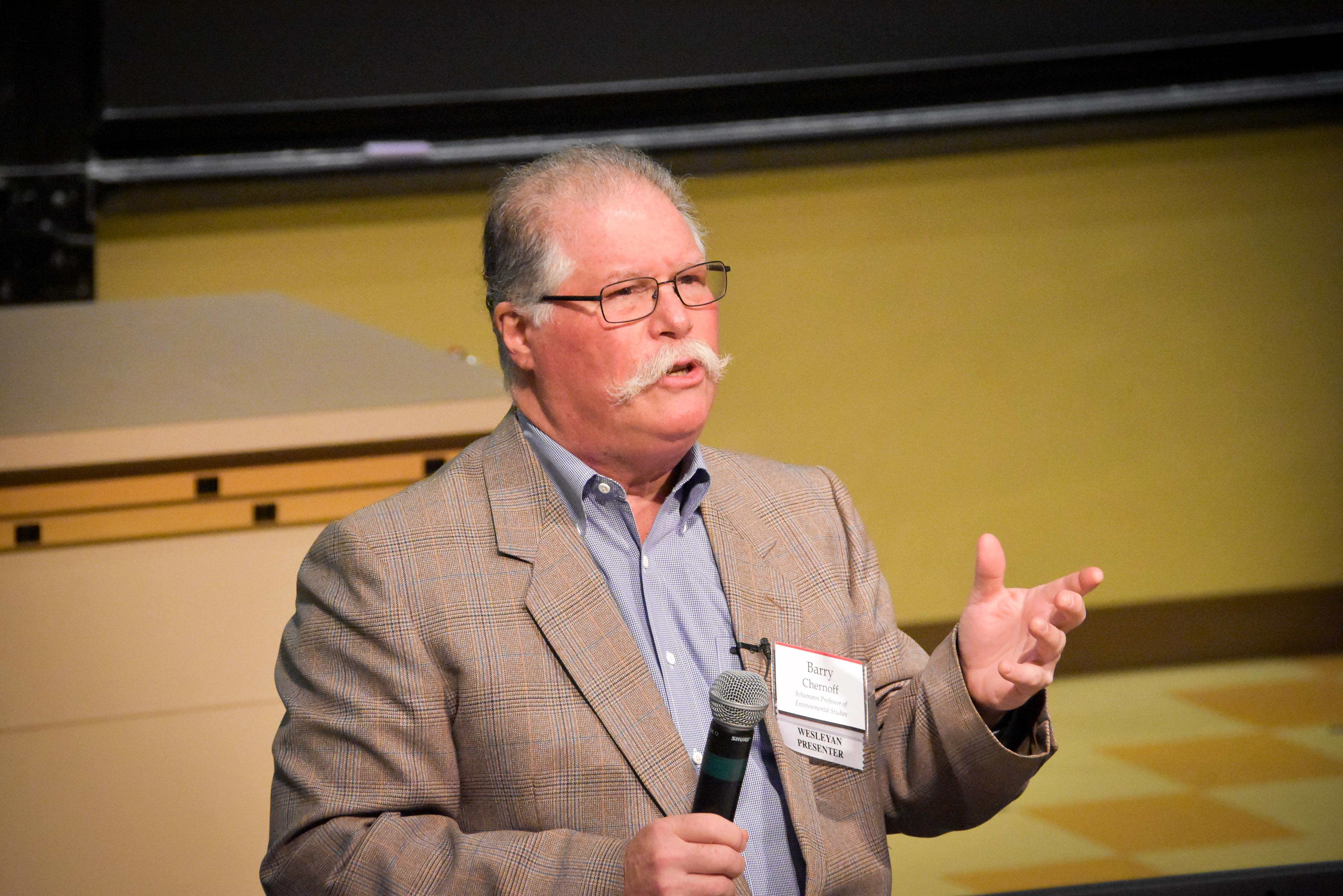 “I’ll just briefly explain how global warming will gradually bring us a parade of nasty tropical diseases northward to US border,” he wrote. “We have the oil-fueled politics of Oklahoma, which brought us Scott Pruitt, Trump’s first EPA director. Pruitt is very much in the pocket of the oil industry, and has spent years fighting regulations, particularly regulations that would hinder global warming. In the meantime, the world has been warming, and as a result tropical diseases are moving to cooler climates. We can begin with a disfiguring skin disease called Leishmaniasis, which infects wild mammals and humans, and is transmitted by mosquitoes…What goes around comes around, and people in the American heartland are now suffering from a disease brought by our indifference to global warming.”

Cohan gave several examples of the man-made variables that have encouraged these diseases to grow and develop, from bushmeat hunting, which leads to SARS and AIDS, to local forest fragmentation, which leads to higher tick populations and Lyme disease. Despite this grim reality, Cohan remains optimistic.

“I like to think that Americans are now seeing that global climate change is real, and that we are tiring of seeing the fury of superstorms, droughts in the West followed by unprecedented wildfires, record heat waves year after year, as well as assaults on wild creatures perpetrated by the warming climate,” he wrote. “The urgency is that the whole diversity of these environmental disturbances brings us infectious diseases. And we have a visceral fear of infections that I believe will motivate environmental protections.”

Though he acknowledged that the desire for self-protection often outweighs altruism, Cohan thinks that sometime soon, push will come to shove. He invoked the bipartisan establishment of laws and bureaucracies for environmental protections in the 1970s. According to him, structural change is possible and not unprecedented.

The Symposium was funded by the Robert F. Schumann ’44 Foundation, which granted Wesleyan $2.5 million to establish the College of the Environment in July 2017.