Tiger’s Back: A Perspective From a Non-Golf Fan 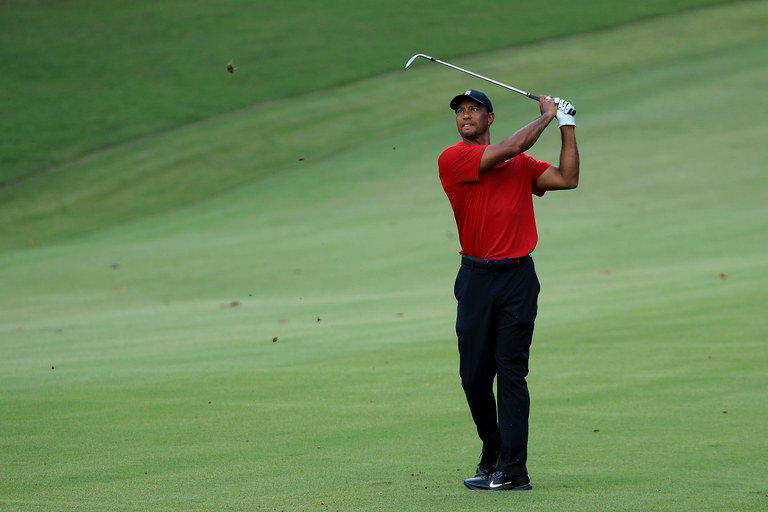 When Tiger Woods won the Tour Championship two weeks ago, he triumphantly raised his arms to the skies as the audience around him rose to their feet to welcome back golf’s prodigal son. With his classic black cap and red shirt on, the scene felt like something out of the early 2000s, an incredible moment of nostalgia. One thousand eight hundred and seventy-six days removed from his last tour victory, years plagued with public scandals, back surgeries, and what appeared to be an irreparably wounded confidence, it’s hard to not appreciate, nay, feel a sense of joy watching Tiger hold back tears on the fairway.

When I went on ESPN.com that day and saw his ear-to-ear smile, I confess that I felt an inadvertent sense of joy. Yet, I do not claim to be a golf fan. Quite the opposite actually. I don’t think I have watched more than an hour of golf in my life, and I find it an incredibly boring sport to watch. But there are a number of reasons why I felt the way I did.

For one, Tiger weirdly straddles the two places I call home. Not only is he one of the greatest sportsmen to represent the United States, but as my mother likes to remind me whenever Tiger shows up on TV, he too is half-Thai. Growing up, I, along with the handful of other half-Thai half-American friends would look up to him, one of the few famous people that shared our mixed national heritage (shout out to Tammy Duckworth and Johnny Damon as well). Whenever he’d come to Bangkok for a golf tournament, we would all know.

Tiger’s reemergence also appeals to the sports fan in me, even with my admitted hatred for golf. In the era of saturated sports news coverage, and superfluous analysis about athletes who are worthy of being called the greatest of all time, Tiger falls into another category of greatness. For any sports fan, it’s not difficult to recognize who the big names in sports are: Tiger, Federer, Brady, Jordan, Messi, and Ali to name a few. It’s hard not to appreciate greatness of such an order, even if the sport doesn’t fit the glove so to speak. These players transcend the boundary between sports super stardom, and becoming idols of popular culture.

But I think what struck me most was the comeback itself.  Let’s face it, who doesn’t like a good comeback story? Tiger’s initial downfall seemed like an unsalvageable tragedy. Beginning with an unfortunate car crash, and the world turning to his repeated infidelities. Then a series of unfortunate back injuries debilitated his body, and rendered him a shell of his former golfing self. In the process, he lost sponsorship deals, and his fan base withered. Tiger not only fell out of the PGA’s top 500 list, but fell out of the national discussion.

For golf fans, I’m sure it is a pleasure to see one of the best who ever played come back and win at the highest levels of golf. For many of us who don’t watch or play golf, his comeback represents the very essence of American sports greatness. Like the other sports greats of our time, Tiger’s reemergence just feels right. Last time Tiger Woods won a major championship, I was 10 years old. Even though another 10 years has elapsed, hearing his name again on the news and on sports talk shows just feels oddly normal. The physical and mental obstacles he overcame are remarkable.

Maybe my response to Tiger’s return is trite. Maybe I am mindlessly following the wishes of sponsorship companies like Nike, who I’m sure are delighted by Tiger’s reemergence. And I am certainly not trying to excuse his past transgressions, but sheer, generational greatness is back, and it’s hard not to feel a little bit excited, as a sports fan and as a human being.

Maybe this comeback will be short lived, but I sure hope to see that smile again. Welcome back, Tiger.