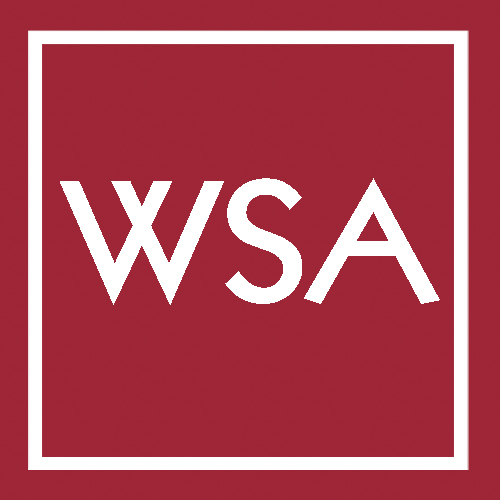 Last Saturday, the names of the ten new senators who will represent the Class of 2022 in the Wesleyan Student Assembly (WSA) were announced in a campus-wide email from WSA Chief of Staff Felicia Soderberg ’21. The students elected to represent the Class of 2022 are: Chelsea Dixon, Ben Garfield, Jonah Haseley, Adam Hickey, Huzaifa Khan, Magda Kisielinska, Katelin Penner, Spenser Stroud, Randy Tyng, and Meg Wiley.

Elections for first year representatives occur at the beginning of each fall semester. Students from the Class of 2022 had to submit petitions to run by Friday, Sept. 11, and voting took place from Monday, Sept. 14 to Friday, Sept. 18. Candidates were notified of the results in the early hours of Saturday, Sept. 19. The WSA prohibits candidates from spending more than $25 on their campaigns and encourages students running in elections to use the internet to communicate their platforms.

When asked how their backgrounds prepared them for their role as WSA senators, many of the students referenced their involvements and accomplishments in their high schools’ student governments. In emails to the Argus, recently-elected Senator Randy Tyng ’22 described working with his high school’s student government to implement a gender-neutral dress code, and Ben Garfield ’22 described his experience working with other students in his high school’s first graduating class to shape the school to their liking.

Others commented on their politics and leadership experience outside of high school. Katelin Penner ’22 mentioned her involvement in local and state politics in New York, including working on a political campaign over the summer. Similarly, Adam Hickey ’22 explained how his involvement in the ‘March For Our Lives’ movement and local politics made him qualified to serve on the WSA.

“These experiences leave me relatively confident that I am informed and active enough to effectively utilize my place on the Assembly,” said Hickey.

As a U.S. Navy Veteran and Posse Veteran Scholar, Meg Wiley ’22 also cited her previous leadership experience before coming to the University, both in the Navy and as an intern for her community college’s Teachers’ Union. She was inspired to join the WSA after seeing her friend serve as the president of San Diego City College ASG, her community college’s student government.

The senators articulated a variety of reasons why they wished to be a part of the WSA. One student, Huzaifa Khan ’22, said his decision to run for the position stemmed from his desire to increase support for low-income and minority students at Wesleyan.

“I ran for Senator after seeing the dichotomy of lifestyle[s] that exists on campus between privileged and marginalized groups,” Khan wrote in an email to the Argus. “Coming from a low-income background myself, I know how intimidating it can be to find out how to reach out to a therapist, work with high-level executives, or figure out the financial aid/work study process. In essence, the resources are already in place; students just need help finding out how to access them.”

Khan, who identifies as Pakistani-American, hopes that his campaign and tenure on the WSA will inspire more students of color to run for the position.

Looking ahead, the new senators noted a wide range of issues and areas that they plan to focus on in the upcoming year. For many, increased transparency from the administration is a top priority, especially with regards to the University’s investments.

“The WSA is in the midst of discussing whether to withhold our own endowment from the university investment fund until the administration agrees to be more transparent,” said Khan.

Changing the way in which the University manages its funding is a concern for many of the senators including Ben Garfield ’22 and Jonah Haseley ’22.

“I’m looking at how we can take some spending at the school that goes into things that may not be essential to the student experience and reallocate that to things like financial aid and other student support spending,” said Garfield.

Haseley similarly commented on working with the University to fund worthy initiatives.

“I also want to make sure we’re spending money on low-income students who need it as opposed to things like cutting the grass three times a day,” Haseley wrote.

Magda Kisielinska ’22 also suggested that securing funding for all of the WSA’s projects this year could pose a challenge. Other students also noted the challenges that the WSA faces as an institution.

“I think, after the first WSA meeting, there are going to be a lot of challenges around making the WSA an efficient and effective body to serve,” Garfield explained.

Haseley also spoke about the first meeting and how it has set the stage for WSA action in the 2018-19 academic year.

“Having an assembly diverse in opinion and background led to some spirited discussion about problems on campus from disability access to the minimum wage,” Haseley wrote. “The biggest challenge I see for this year is one that the WSA always faces: bridging the gap between administrative policy and everyday student life, or as I would describe it, calling bullshit when you see it and then actually fixing it.”

While all of the newly elected senators addressed different goals and challenges for the upcoming year, all expressed a strong desire to represent their class and work with other senators to make improvements to the University’s campus.