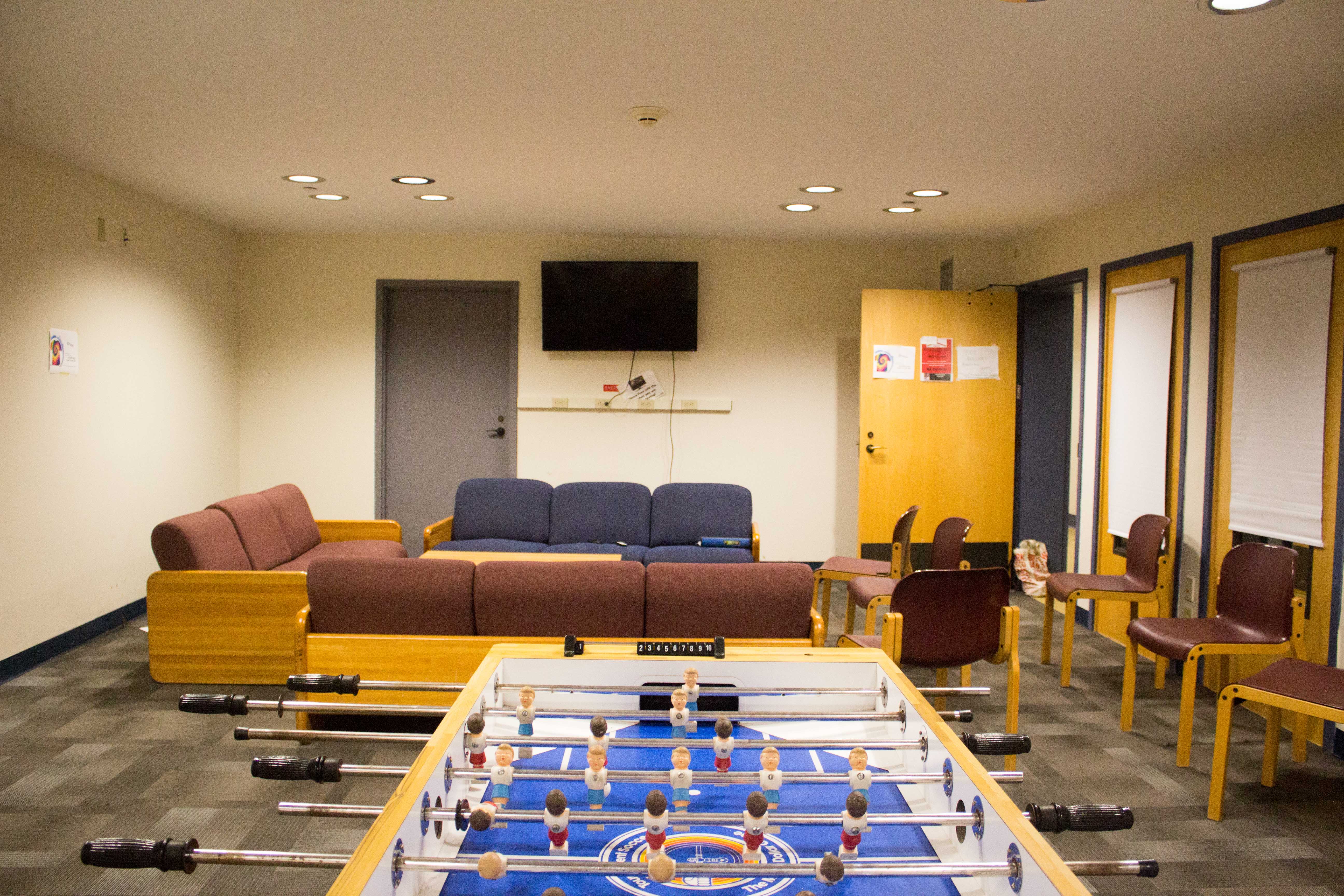 For the past two weeks, temperatures have been uncharacteristically high here in Middletown, Conn. A majority of student residences have no air conditioning, which has led to several complaints of negligence and insensitivity to student needs. Adding fuel to the fire, the Office of Residential Life (ResLife) released an email to the student body on Sept. 4 stating that while there were no vacancies to offer in air-conditioned residences, students could apply to sleep in air-conditioned lounges and common spaces overnight, provided they brought their own bedding and sleeping bags.

The email drew ire and even ridicule from many students, who saw it as a short-sighted solution to a larger problem. Students from hotter climates pointed out that air-conditioning in the summer months is often a serious health concern, not just a luxury.

Najera worked on campus during orientation, when it regularly reached over 90 degrees.

“I live on the first floor of my house on Pine Street, so I don’t feel safe leaving the window open when I’m gone or when I’m asleep,” Najera said. “[Because of this], my room is usually way hotter than the rest of my house, which makes it very hard to sleep. Last night was actually the first night I was able to get a full night of sleep since it wasn’t hot out.”

With the exception of Fauver and two first-year dorms, Bennet and Clark, none of the student residences have air conditioning. Some students have gone so far as to buy AC window units for their rooms and wood-frames. Others have not been so lucky. Junior Village in particular suffers from a lack of ventilation, especially in High Rise where the hot air accumulates in the top floors with very little circulation.

“Someone on my team suggested that we have a sauna party in my common room because there’s no ventilation whatsoever,” crew team member Livia Wallick ’20 said. “The first thing I do when I get to my apartment is open the freezer and stick my head in.”

The heat, although uncharacteristic of Connecticut, isn’t expected to subside in the coming summers. According to The New York Times, models project the number of days above 90 degrees in Middletown to reach 18 in the next few decades, instead of the current average of six. Given the state of climate change, it might behoove the University to invest in air conditioning in residences. In the meantime, many upperclassmen have resorted to unusual methods to beat the heat.

“I don’t even put water in a cup,” Wallick said. “I just kind of put ice in and then it melts eventually when I want something to drink.”

Aside from causing general discomfort, the lack of air conditioning in these extreme weather conditions also presents a threat to health and student wellness, with many students unable to get full nights of sleep.

“I was definitely dehydrated and cranky, and since it was very hard to fall asleep at night I just got cranky again,” Wallick said. “Also, heat rises. That elevator is like an incubator.”

The week of orientation is especially difficult, because many buildings that would normally have AC are not open to students. Although ResLife places students working on campus over the summer in air-conditioned spaces, students working orientation move directly into their semester residences. This essentially means a whole community of students are left to fend for themselves for both food and air-conditioned shelter, when choosing to cook dinner one night could add 10 degrees to your room temperature.

Shana Laski ’19, who worked in admissions for the month of August, lived in Bennet for the first few weeks only to get moved into her senior wood-frame at the height of the heat wave. Laski believes that the lack of air conditioning puts student workers at risk.

“It’s disrespectful of the school to hire student workers and put them in spaces that are not conducive to staying over the summer,” Laski said. “If you’re going to kick student workers out of the air conditioned housing three weeks before school starts then there should be air conditioning in every other unit.”

Laski pointed out that for many students who work over the summer, campus housing is too expensive, causing workers to seek off-campus options that also may not have necessary amenities.

“The fact that student workers who the school [cannot function without] from June to August have prohibitively expensive housing options is unacceptable,” Laski said.

Although the hot weather has currently subsided, the issue doesn’t seem to be going away for next summer.