Red Sox vs. Yankees: A Rivalry We Need 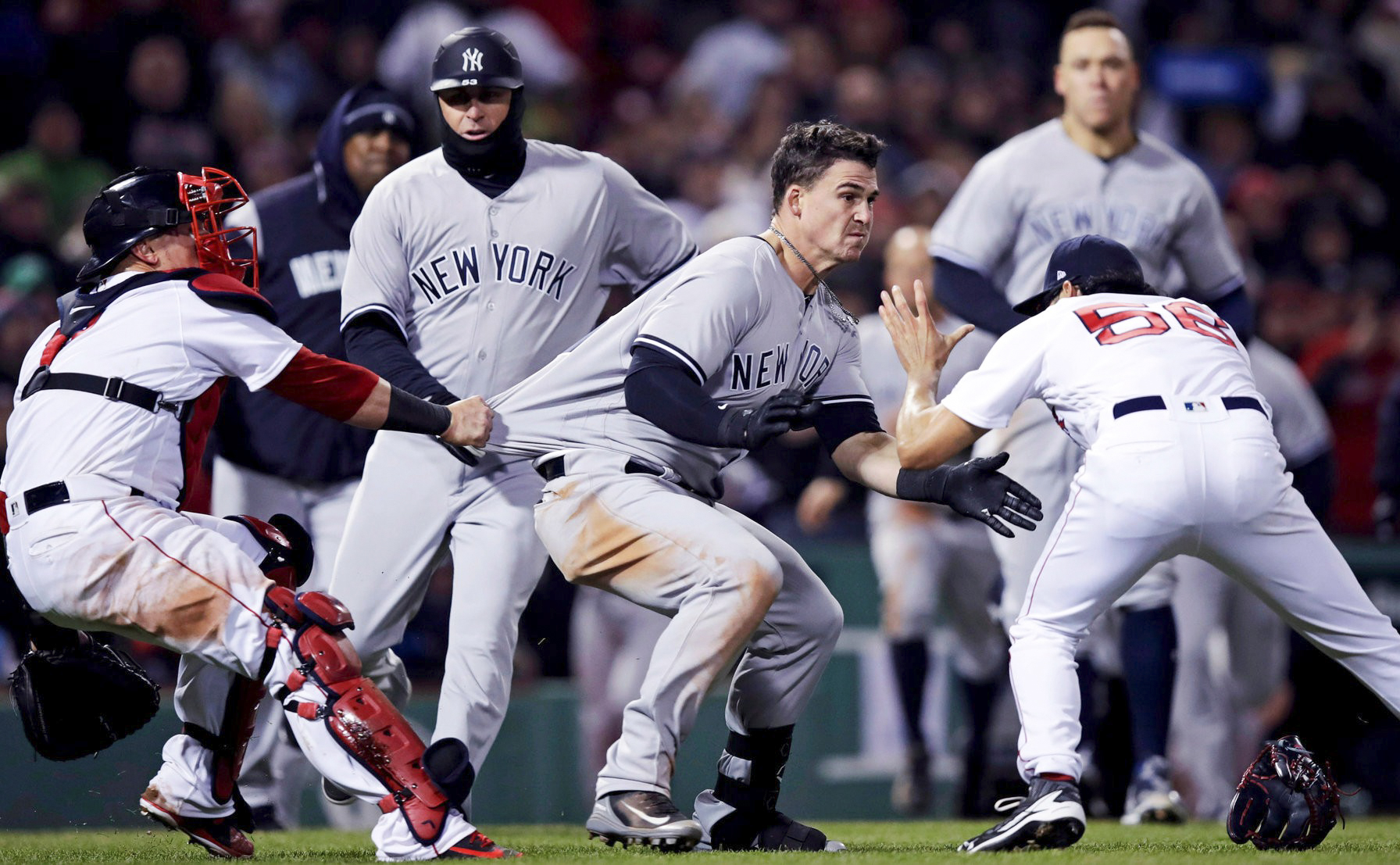 Close your eyes. Think about the most anticipated sports games of your life. Chances are you’re thinking about rivals dueling it out on the big stage. Celtics vs. Lakers, Ohio State vs. Michigan, Bruins vs. Canadians, Alabama vs. Auburn. These come to mind when I think about great rivalries in North American sports. The greatest rivalry is the Boston Red Sox vs. New York Yankees. Is this matchup my favorite rivalry because I’m from Boston, and have been a fan of Boston sports for my entire life? I can neither confirm nor deny that assertion. As the dog days of August have come to a close, and September baseball has arrived, we are inching closer and closer to the MLB playoffs.

Many questions arise when thinking about the Red Sox and Yankees’ hopes for an American League pennant: Will Aaron Judge be healthy? What’s the status on Chris Sale? Can the Yankees put quality starting pitching on the mound? Will David Price and the Red Sox bullpen finally prove themselves in clutch situations? At the end of the day, the reason why this rivalry is so powerful is because of the fans of each team. Yankees fans epitomize the obnoxious New Yorker, clamoring, “We have 27 rings, 27!” Red Sox fans have converted their image from the lovable losers to obnoxious winners as well. Boston sports have been a powerhouse this past decade with each of the four major sports teams winning their respective league’s crown. Like Maya Angelou famously stated, “We are more alike, my friends, than we are unalike.” Despite the fact that Boston sports fans hate New York sports fans, and New York sports fans hate Boston sports fans, they have a good reason: both are winners. Anything less than victory will have fans calling into WFAN 101.9 FM in New York or 98.5 The Sports Hub in Boston. Both channels use the same rhetoric but direct all criticism towards their respective ball club, front office, and ownership. Let’s take a journey 15 years ago to relive why this rivalry is so special. A journey that involves the current manager of the Yankees, a broadcaster for ESPN’s Sunday Night Baseball, and a man they called “Papi” in Boston.

Pitcher Pedro Martinez was on the mound, baffling Yankee hitters on a cool October night in the 2003. The Red Sox built a three-run lead in the eighth inning. Little did Red Sox fans know that they were headed for disaster in the Bronx. The following innings would be discussed over and over again and critically dissected and analyzed by Red Sox fans and baseball “experts.” Red Sox manager Grady Little was in a predicament. Does he leave Martinez in, who is well over a reasonable pitch count—losing control and velocity in the process? Or does he go with a bullpen that he doesn’t believe in? As Red Sox fans know, he chose the former. The lovable losers became even more lovable as Martinez blew up, and current Yankees manager Aaron Boone smashed an extra-inning Tim Wakefield knuckleball deep into the Bronx night, sending the Yankees to the World Series. The 2003 rivalry escalated even further when Martinez literally threw down Yankees coach Don Zimmer during a brawl. Fights, walk off home runs, Yankee success and Red Sox failure opened the door to an even more contentious 2004 season.

Alex Rodriguez, regarded as the most sought after free agent in the 2004 season, chose New York over Boston in a way that infuriated Red Sox nation. With all indication he was coming to Boston, he stuck a knife into the backs of all Red Sox fans and went to the Evil Empire. Tensions rose even further when A-Rod and then-Red Sox captain Jason Varitek brawled during a mid-July game. Many know what occurred to finish out the 2004 season. The Red Sox embarrassed the Yankees by coming back from a three games to none deficit in the American League Championship Series. While Yankee fans had a postmortem after the series, the Red Sox broke their 86-year drought by winning a World Series.

That’s really the last we heard from the rivalry. Sure, there have been flashes, like when Ryan Dempster plunked A-Rod and Joe Kelly brawled with Tyler Austin. Baseball hit its peak with the Sox and Yanks in the mid-2000s. The Mitchell Report shortly followed, implicating players who used performance-enhancing drugs. Baseball stars all across the country were labeled as frauds. The youthful fun of watching baseball, and living and dying with these rivalries were put on hold. The Mitchell Report was a long time ago. Teams such as the Cardinals, Astros, and Giants have dominated baseball. The Red Sox and Yankees have won it all but were never really two dominant clubs at the same time. That could change this season. The clubs have finally put together rosters and are performing at elite levels at the same time. It’s my dream for the Red Sox to once again to travel to the Bronx to play in late October. It’s my dream for Craig Kimbrel to stare down at Giancarlo Stanton or Aaron Judge in the ninth inning of a game seven, for the youthful exuberance this rivalry used to make me feel is close to starting to die.

The only thing we as baseball fans can do is hold out hope that Boston plays New York in October baseball this year. Why? Because it’s good for sports.