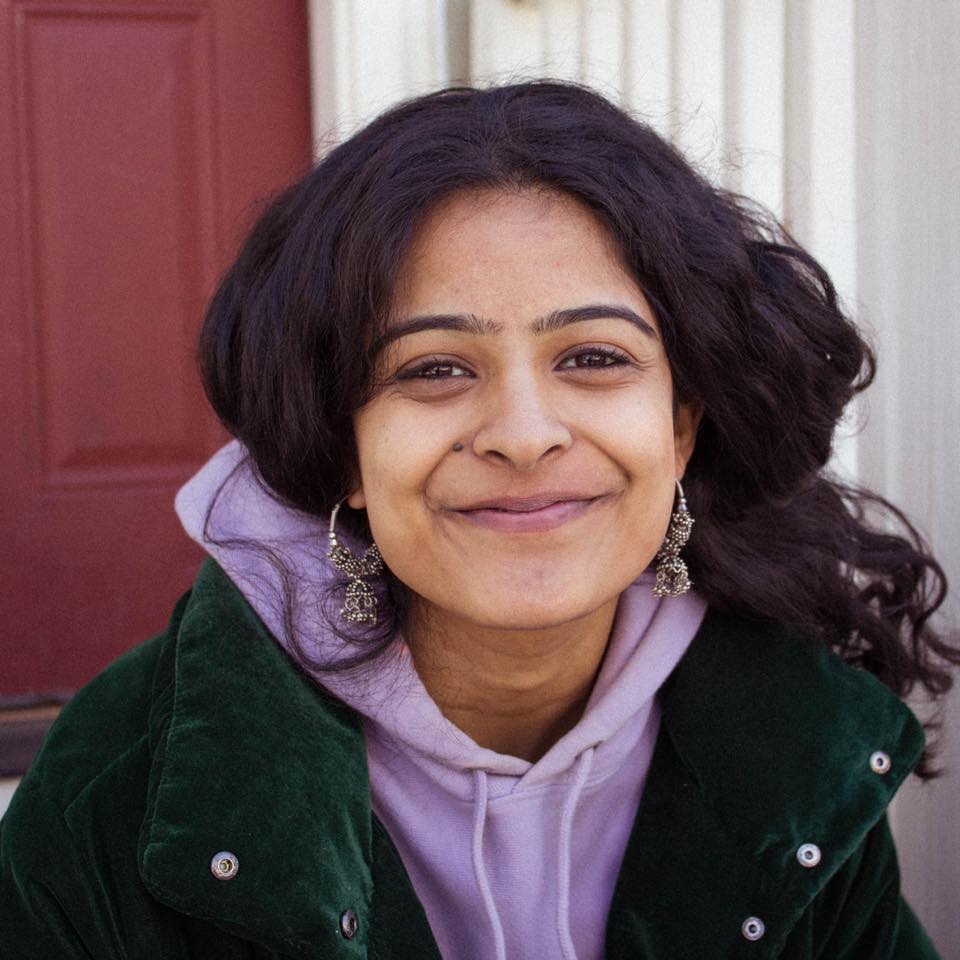 If you haven’t seen Nila Ravi ’18 walking her adorable dog, George, around campus, you’ve been missing out. Along with being a Government major and the president of the Wesleyan Student Assembly (WSA), Nila has an outgoing personality that definitely has not been overlooked here at Wesleyan. The Argus sat down with her to discuss her experience as co-chair of the Title IX Student Advisory Committee, her favorite memories at Wesleyan, and her best advice for underclassmen.

Nila Ravi: First of all, I think having a dog on campus is one way to make yourself known. But, I’m on the WSA and through that, I’ve really been able to meet a lot of different people because the campus is so active and cares about different issues. I also just love walking down the street and seeing people I know, I’m always trying to smile at people that I’ve met once, and I think people appreciate that because it can be annoying to walk down the street and see people with their head down.

A: What brought you to want to run for WSA?

NR: I’ve been on the assembly since my freshman fall. I did Government in high school and I thought I wanted to get involved in some Government here. One of my really good friends, who was a year older than me who I went to my high school and went to Wesleyan with, was a part of the WSA and she told me to run. Basically, it’s been a great way for me to think about issues that I care about and get involved with the campus and understand the community as best as I can.

NR: My main activity is definitely WSA, especially this year, being president, there’s so many smaller responsibilities and things I have to be involved in, but other than that I do a lot with Title IX on campus. I’m the co-chair of the Title IX Student Advisory Committee, and I sit on the Title IX Policy Committee, so it’s still pretty administrative. It’s really cool and something I really care about, so I’m really happy I get to be in the room with the administrators and give student input. I’ve been on Shakti, and my really good friend and housemate, Kamla Kumar [’18], is the president this year. I haven’t been as involved this year, but I feel very connected to the club because she tells me what’s happening. I’ve been really involved in previous years and I just really love the community that’s formed.

A: What else are you passionate about outside of Wesleyan?

NR: I’m a Government major, and so what I spend my time doing when I’m not focused on school, WSA, friends, etc, is telling of what I’m passionate about. I really love podcasts…but I love storytelling, and hearing about people’s experiences in a really in-depth way. I used to go to the Sloth on campus all the time, and love the Moth and stand-up comedy, and people talking about their experiences. I love late-night interviews, it’s pretty funny. I’m also obsessed with my dog. I spend all my time with him as much as I can, and it’s really fun to train him, but getting him to learn tricks is a little bit more difficult.

A: What’s your favorite memory you’ve had at Wesleyan?

NR: I know that this is super cliché, but my favorite memories are when I’m just hanging out with my friends and we don’t care about every other stressor in the world, and we’re just chilling and laughing and watching music videos, or watching dance videos. Spring Flings have been really fun, and seeing my friends in shows have been really fun, so I can’t pinpoint one specific memory, but I know that I’m the happiest when I’m just chilling with my friends and don’t feel any other obligation.

A: Do you have a favorite class you’ve taken while at Wesleyan?

NR: In class, I tend to be kind of quiet, and speak up in other settings. So, the classes I’ve enjoyed the most are the ones where I’ve felt the most comfortable talking and surprisingly enough, the first class that I really enjoyed was John Finn’s class, “The Judicial Process.” I took it sophomore year and he’s since retired, but he was a really great professor and I think the law is super interesting. The perspective he gave me in that class was really great, and he just had a really great back and forth with his students. I always felt listened to and heard. This semester, I’m in a class called “Foreign Policy at the Movies.” We watch movies that either have to do with foreign policy, or really don’t have to do with foreign policy, and discuss them every week, talking about how they affect the public’s perceptions of foreign policy, and also evaluating how political actors discuss foreign policy.

NR: I’m definitely still figuring it out. All I’ll say is that I’m definitely sad to leave, but I’m very much ready to move onto the next stage, whatever that is. I’m just trying to have an open mind, and not just think I need to be where all my friends are, but trying to just be as mindful about that process as possible. It’s been kind of difficult to just focus on that while on campus, so I’m just trying to be okay with taking my time, and I’m really lucky that I have the possibility to go home and figure that out.

A: Do you have anything crazy that you want to do before the semester ends?

NR: I’m excited for all the senior week things, like staying up all night and watching the sunset and just seeing my friends have end of the year projects that they’re going to be showcasing, so that will be exciting.

A: What’s your best advice for underclassmen?

NR: I feel like right now is the time where me and every other senior is reflecting so hard on the past four years, and trying to quantify whether we did something with our lives here and understanding that. I think my biggest advice is being kind to yourself and doing things because you want to do them, and not because you feel like you have to for whatever social or academic reason. You should do what you care about, and a big part of actually doing that is thinking about what you’re actually feeling in the moment, and being intentional with what you do and not just going about your day because you think you have to.

Correction: An earlier version of this article stated that Ravi’s dog was named Dylan, when he is actually named George.