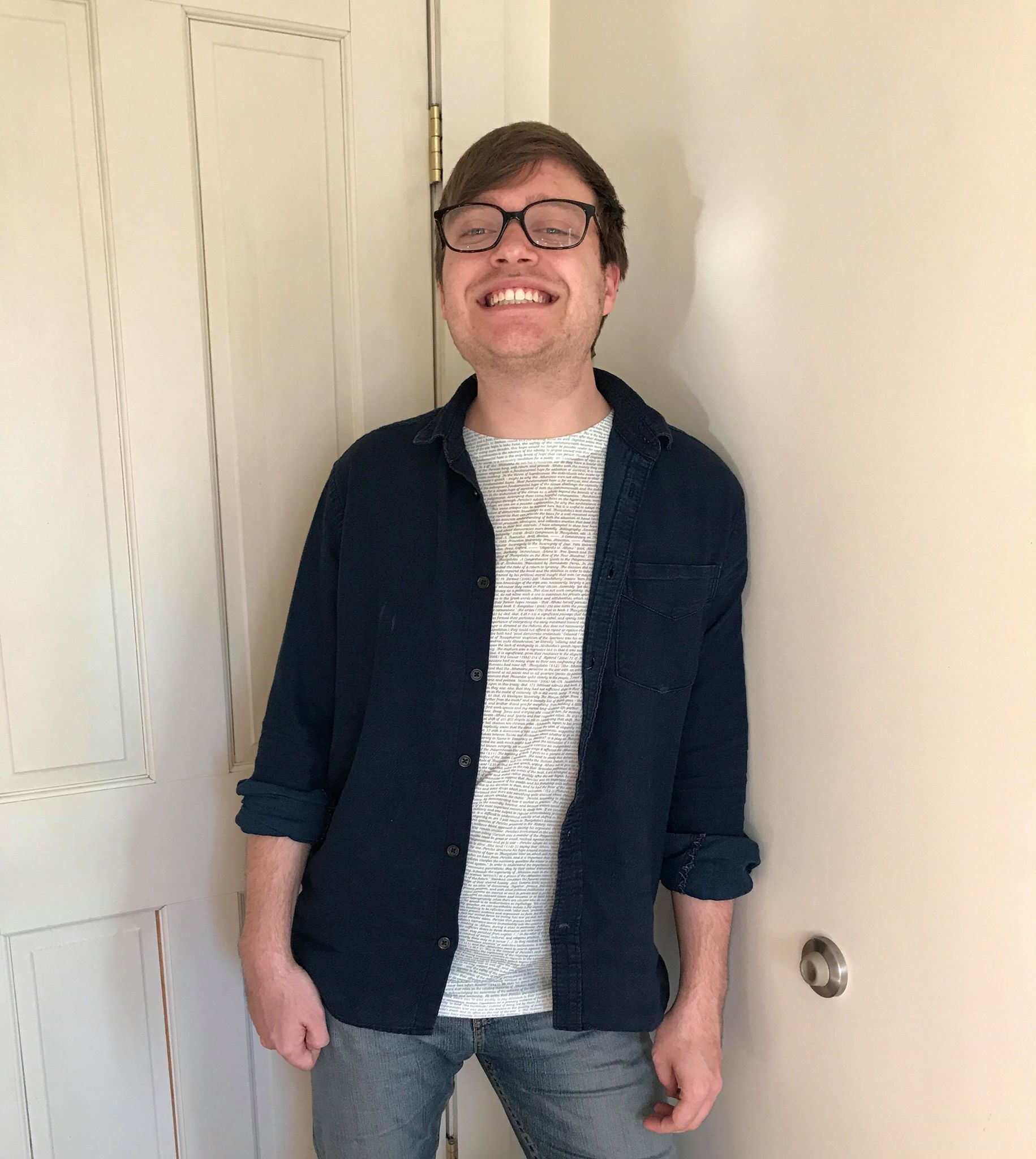 Jackson Barnett ’18 is a Twitter success story. A true WesCeleb, Barnett made a name for himself via Twitter before he even stepped foot on campus. The Argus sat down with Barnett to discuss the WesWings pail named in his honor, his creation of a queer Christian support group, and his views on being a Southern belle in New England.

Jackson Barnett: OMG, because of the pail. The pail is like the culmination of everything good that ever happened in my life.

A: Can you explain?

JB: So, WesWings named a breakfast pail after me. They don’t have admitted students gatherings in rural Alabama, so when I was a prefrosh I took to Twitter. I made a bunch of Wesleyan friends on Twitter and pretty early on WesWings followed me. We became internet friends before I even got to Wesleyan. And then three years of sweet friendship followed. They even follow my finsta. They just tweeted me one day and were like: “the Jackson Pail is happening.” I was like holy shit.

A: So, what’s in the Jackson Pail?

JB: First, hash browns, like a regular pail.  Then, an egg, however you please, but I prefer over-easy. And finally, biscuits and sausage gravy, because I’m a Southern belle. I’m asking WesWings to call it the dbarnett@wes Pail if they do it again before graduation (my wescam handle). They did the pail the day after Doug Jones won, so that a big moment. I was like, “Thanks, I got you a Democrat, thank you for the pail.”

A: So besides the fame brought by the pail, what else are you involved with on campus?

JB: I’m like a caricature of a Classics major. I pretty much only take Greek classes. I took “Gender and Sexuality in Ancient Greek Culture,” which we all called Gay Greek Sex, which was fun. I play piano for different events the campus needs. I played the orchestra piano for a couple plays this year.  Also, I’m involved in the Protestant community on campus.

A: What do you do with the Protestant community?

JB: I helped start a support group for LGBTQ Christians, so that was cool. I started to realize at the end of my sophomore year that there wasn’t really a place for queer people and trans people in the Protestant community to not have to explain themselves to other people. That was something that I knew was missing and even though it’s a small group, everyone needs their group. And it’s been cool because we’ve started to unlearn a lot of the bad things we were told in church. Some of us go to church in Middletown. There are some cool activist churches in town.

A: Yeah, I was curious, what kind of protestant community exists in Middletown?

JB: So, I’ve gone to the church on Court Street a good bit. They have a nice gay flag, it’s cute. It’s a super progressive church. I’m not fully involved, but, for example, I’ve heard the preacher talking about accompanying people to their ICE deportation hearings. And that’s just really cool. A lot of the people who need to work through their stuff about being queer and/or trans and a Christian didn’t necessarily have such a community growing up.

A: So, I heard you wrote a thesis. Can you talk about that?

JB: I wrote about the transition to oligarchy in Athens in 411 B.C.E. during the Peloponnesian war. I’m still sort of in residual stress. But, I’m starting to get feedback and it’s good feedback, so that’s helpful. Also, earlier this week I ordered my whole thesis on a t-shirt. There’s this website that can put 40,000 words on a t-shirt. I found the link because some person on Twitter who is getting her PhD at Columbia got her thesis on a scarf. The tweet went viral, so I went to the website and sent it to my mom and she was like, “omg of course I’ll buy you this when you finish your thesis.”

A: Wow, very cool. So, what have you been up to post-thesis?

JB: Sleeping a whole lot. I found my old Nintendo DS, so I’ve been playing Mario Kart a lot. And balancing going out a lot with a lot of rest.

A: Do you have post-grad plans?

JB: I laugh about this because I never would have expected to do this, but I’m actually moving back to Alabama. I grew up about an hour outside of Birmingham and now I’m moving to Birmingham. I’ll be living there as a member of AmeriCorps, working with low-income families in Alabama. So, that will be for the next year.

A: What was it like to move from Alabama to college in Connecticut?

JB: It was definitely super weird. I became friends with a lot of Southern people (on Twitter), so I found people who could relate. But, there’s a lot of things that I just can’t understand. I can’t understand having grown up in New York City. I was in Chicago last summer for six weeks taking a class and in the middle of my time there I was like I need to leave. I drove like two hours into Indiana to see the sky. All of New England just doesn’t really make sense to me. Physically, it’s just so dense. I don’t think people who grew up here realize how dense it is. I guess it makes sense that I’m moving back home because each time I would go back home since I started here, I would like it a little more. It made me realize the things I like about Alabama.

JB: Everyone is really friendly. People are really hospitable. Also, everyone knows everyone else’s business, which I like. I mean people don’t sweep stuff under the rug in the South. You know everything, even the bad stuff. Alabama is a really corrupt state and there’s no delusions about it not being corrupt. That can be kind of nice.

A: If you could go back to freshman year, is there anything you would change about your experience at Wesleyan?

JB: Well, I think I would have liked to have been very gay earlier. And I mean everything happens for a reason, but sometimes I wonder, did I waste my freshman year? But, everyone has to come to their own realizations on their own time. I never have fully felt like totally immersed at Wesleyan, partly because we don’t really spend that much of the year here. So, there’s definitely times when I’m like I should have done this sooner or realized that earlier. But, at the same time, I’m glad I’m at Wesleyan and I’m glad that I’ve done what I’ve done.

A: Do you have any parting wisdom for Wesleyan students?

JB: Oh, yes. First piece of parting wisdom — the single major is good! I’m just a classics major, I don’t have a single certificate or a minor. And if that’s who you are, then embrace it and go for it. Because chances are that then by senior year you will have finished all your requirements and just writing a thesis and/or taking less classes. Like, I got to take pipe organ the whole year, which is something really fun that I never would have thought about doing before, but then I had space in my schedule. And now, I’ve played in some Second Stage stuff. So, I would say if there’s anything you haven’t done senior year, I would say this is your time to do it.