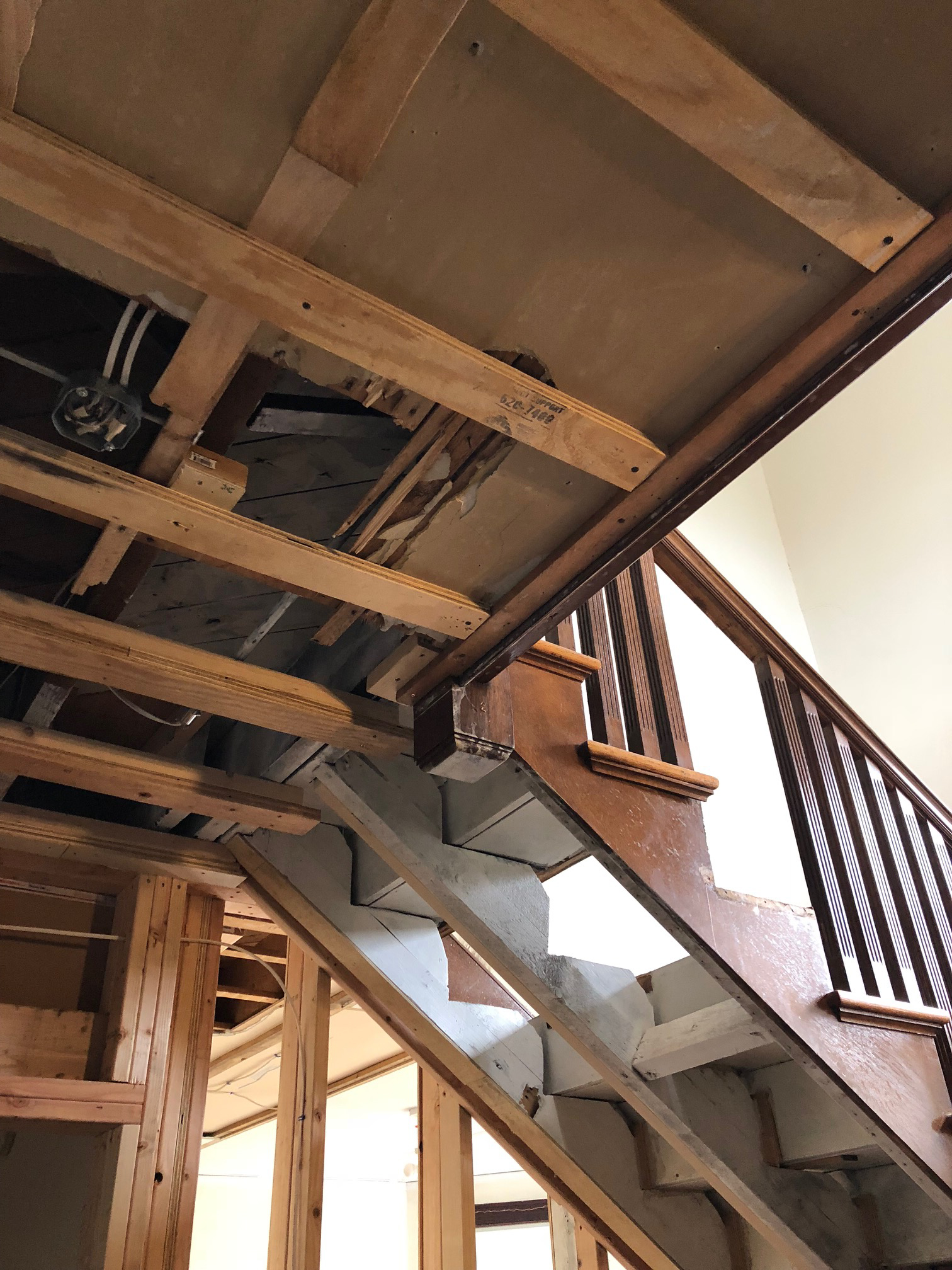 Last Tuesday, April 17, twelve students packed their belongings into small bags or boxes or duffels and hauled them back to 65 Lawn Avenue, their home. These students had been displaced by a fire in the German Haus, and were forced to vacate for two weeks due to unsafe conditions and air quality concerns.

On March 30th, Olivia Backal-Balik ’20 and visiting international student Ranja Armbruster, both residents of the program house, were in the kitchen baking banana bread when another house resident, Amy Ren ’19, entered the room and asked her housemates if they smelled anything smoky. Backal-Balik and Armbruster assured her that it was probably just the smell from the oven, which they had just turned on. But Ren insisted that the scent was abnormal, that it really did smell of fire.

“We ran to the common area and you could hear the cracking of the fire in the wall and we were like, ‘Okay, why is the fire alarm not going off?’” Armbruster recalled. “Olivia called 9-1-1 and Amy called Public Safety and then the fire alarm started like five minutes later…. I literally ran out in my socks. At one point it started to rain.”

It was concerning to the residents that they had detected the fire before the fire alarms did.

“At first it was one of those things we were the most [upset about]” said Lola Sounigo ’19, a resident of the house who was out of town at the time of the incident. “It’s like, this could have been really dangerous—what if we were asleep and the alarms didn’t go off? [But] Fire Safety has checked the alarm and said that they were fully working and that they were about to go off, so it was just a question of timing. But obviously, when you hear about this story, it’s shocking and scary.”

The incident was the result of an electrical fire, which began in the basement and spread through the inside of the walls, eventually reaching the first floor of the house. While the exact cause of the fire is unclear, there has been speculation that a squirrel may have bitten through a wire and caused electrical malfunctioning that eventually led to the fire’s ignition. Many University-owned residences, from senior wood frames to program houses are prone to this kind of hazard due to their age.

“These wood frames are pretty old, and it’s not German Haus’s fault,” said Alexia Thompson, the Senior and Program Housing Coordinator. “We do fire safety checks two times a year, so we had our fall semester ones already, and that’s why we really stressed having a grounded extension cord, not burning any candles, not burning incense, that type of thing.” 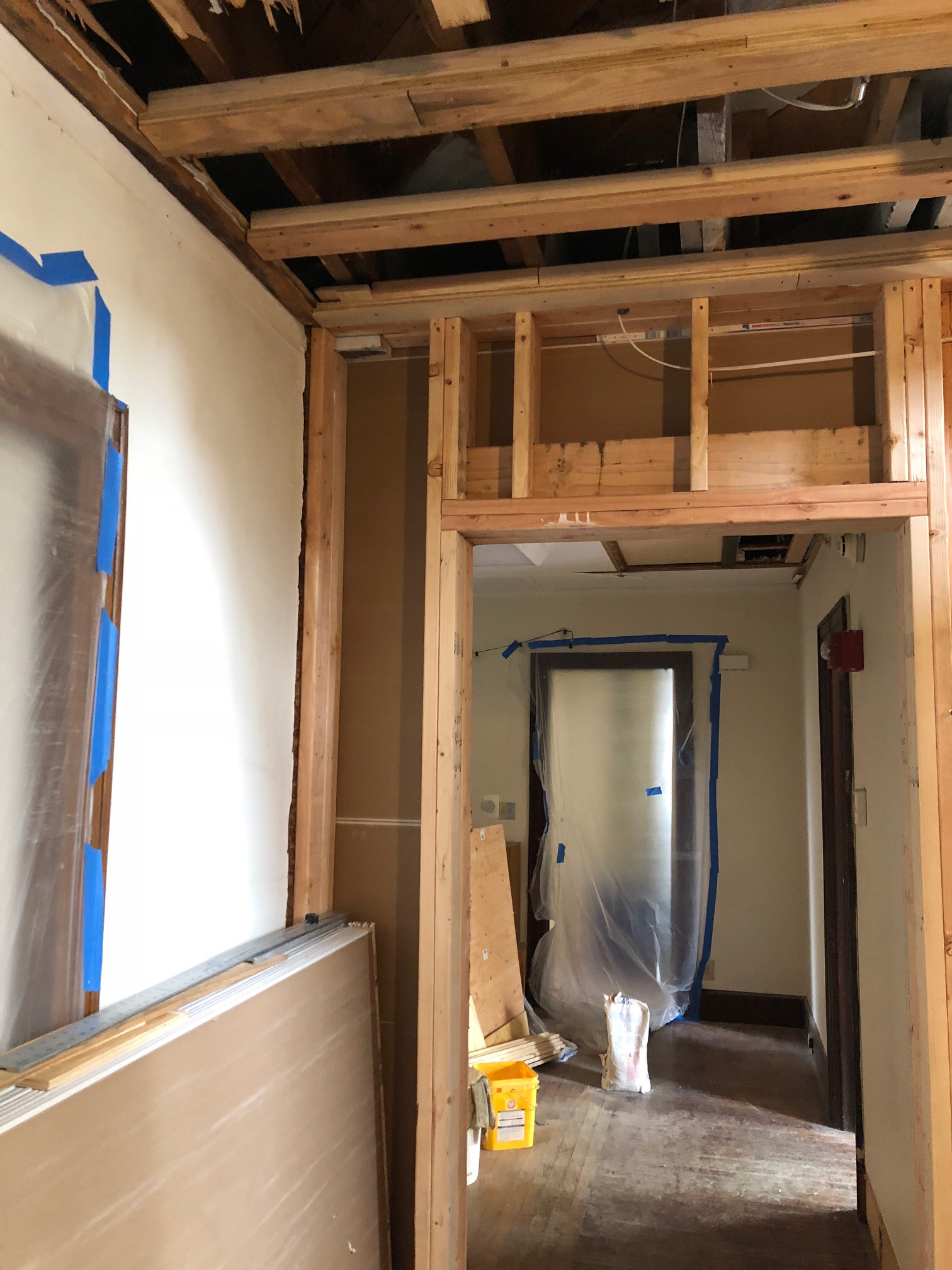 The night of the fire, residents were assigned temporary housing. But they were only allowed back into the house for five minutes that evening to retrieve some of their belongings, many of which had been damaged in the fire or reeked of smoke. The Office of Residential Life (ResLife) offered the residents no material accommodations, so most were left with an empty room and to rely on friends for the most basic accommodations.

The residents felt frustrated with the way the University handled their situation. The house composed an email to ResLife, as well as Class Deans Jennifer Wood and David Phillips. The email highlighted a range of residents’ concerns, including fear for their physical safety.

“No fire alarms sounded until well after we had contacted the fire department,” the email reads. “Thankfully, no one in the house was injured by the fire. However, had we not been lucky enough to have a resident notice or had the fire occurred when residents were asleep, we would not have been alerted to its presence until it was likely much larger and significantly more dangerous.”

The email also expressed the residents’ dissatisfaction with how their relocation was handled.

“The night the fire occurred, we were offered rooms, but were not provided with any bedding or towels,” the email continues. “When it came to moving our belongings we were offered no help or support. There was minimal communication regarding the move, and we were only told a possible timeline yesterday, April 5th.”

Thompson stressed that her main concern was that students had a roof over their heads the night that the fire occurred.

“Unfortunately, we do not carry any sheets, covers, or towels, which is something [that we are] now, retroactively, working to fix,” Thompson said. “It was unfortunate that that first night they [had to] borrow from a friend if they wanted to use the assigned room.”

Residents also felt that their compensation was unsatisfactory. The University was able to provide them with $100 worth of Middletown Cash to alleviate cleaning costs, an additional $100 in each resident’s bank account, and additional meal points loaded onto resident’s WesIDs. In the email, Haus occupants requested to receive housing points and more assistance in restoring other items that were damaged in the fire.

“We believe the University ought to take better responsibility for their management of the situation,” they wrote. “While we do recognize the addition to our middletown cash [sic] for the laundering of our clothes, we feel that such a contribution is not enough, as it will hardly begin to cover the many washes and dry cleanings we will have to continue to do in order to restore our belongings and does not account for the extensive time commitment it has been and will continue to be to restore the contents of an entire home. Considering the disturbance done to our program house community, as well as the manner in which relocation was handled, we also request a lottery boost for next semester’s housing.”

Unfortunately, ResLife was not permitted to give German Haus residents additional housing points.

“Housing points were designed in case there wasn’t enough housing for students who didn’t necessarily get class-appropriate housing, they received a point to help make up for that for the next year,” said Thompson. “It’s not necessarily for the case of emergency…. In [cases where] we’ve had other natural disasters happen, such as the tree falling on the roof on Home Street, or the tree in front Russian house, students did not receive points…when they had to be relocated, because that’s not what [they’re] designed for.”

Since German Haus residents have moved back into 65 Lawn Avenue, things have mostly returned to normal, though some still complain of the smoky aroma that permeates the entryway. Ren will not be moving back into the house. The fire knocked down an entire wall of her room, so she had to move all of her things out of the house, which made it easier for her to stay in her new home.

“It was definitely more scary and more annoying at first than it was in the end,” said Sounigo. “It could be so much worse, it was just bad luck.”