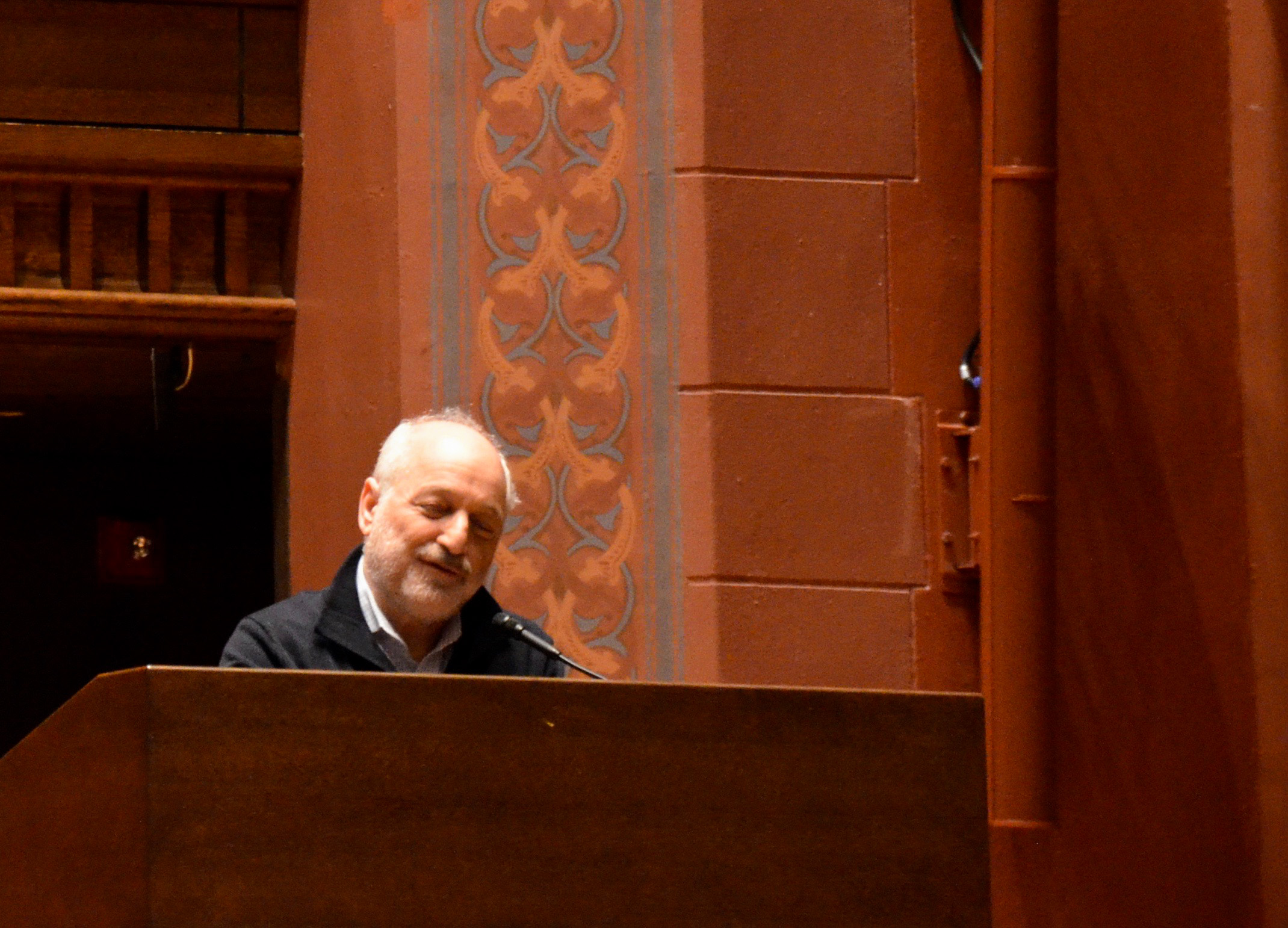 Aciman spoke to an eclectic mix of attendees in the crowded Memorial Chapel on the evening of Wednesday, April 26. His writing is marked by a distinctively minimal use of plot progression; instead, he explores his characters’ psychologies through slow interaction and routine.

The 2018 Annie Sonnenclick Evening was established by the family of Sonnenblick ’80, who died at the age of 26. It was the latest event in an annual series that brings distinguished writers to speak on campus. The talks, which serve as a tribute to Sonnenblick’s love of writing, have featured writers such as Pulitzer Prize winners Michael Cunningham and David Remnick in the past.

Aciman’s work was recently repopularized when the film “Call Me By Your Name” came out last year, based on his acclaimed 2007 novel of the same name. The film—and book—focuses on the budding relationship between 17-year-old Elio and 24-year-old graduate student Oliver in a small town in 1980s northern Italy.

If viewers found the film, although stunningly beautiful and enchanting, relentless in its hyper-attention to the characters’ romance, they will find the book similar. Almost every sentence addresses Elio’s first-person longing for Oliver, who is staying with Elio’s family for six weeks one summer. Little happens in the novel, but its engaging and honest prose keeps readers invested.

During the talk, Aciman read three excerpts of his writing and then took questions from the audience. One attendee asked about how he managed to touch so many with his writing, as she, her 21-year-old son, and her 16-year-old son were all moved by his work. Aciman said that he had received many letters from fans who had had extremely strong emotional reactions to the book and movie, some apparently crying for days on end.

“I couldn’t understand why they were so moved!” he said, approaching exasperation. “I was a little moved, but not that much….Writing brings out these emotions in people.”

Through his work, Aciman has addressed a wide range of themes, but sexuality and intimacy are at the heart of many of his pieces. When talking about his most recent novel, “Enigma Variations,” which came out just this year, he noted the fluidity of his protagonist’s sexuality as he aged through the book, starting from the age of 12.

Characters’ ages are also extremely relevant in his work. Some have responded critically to “Call Me By Your Name,” considering the relationship inappropriate or even predatory due to the seven-year age difference between teenage Elio and the older Oliver. Aciman, however, was entirely dismissive when a student asked him about that very criticism. Although the argument remained unresolved, it brought up an interesting question of writers’ moral responsibilities to their audience and whether such a thing exists.

Aciman’s broader conceptions of age were also addressed during the talk.

Similar beliefs about an unchanging self brought Aciman to sharing his thoughts on why people read stories: not to become more empathetic and understand others better, but to understand themselves better.

“Why bother reading fiction if it doesn’t tell you about yourself?” he said. “[Fiction provides] voices that we can borrow to know ourselves.”

Aciman further pondered the role of fiction when considering the type of writing that he enjoys. He encouraged writers to explore ideas and situations without relying on a form of lazy plot.

Beyond writing advice and ruminations on the world’s complexities, Aciman also entertained the audience with anecdotes from his own life. He recalled, in particular, having known two women who were together and both named Anne, and then picturing them in bed together and amusing himself by imagining that they were each calling out their own name and their lover’s name. It was this idea, he said, that served as the basis for the calling each other by their own name in “Call Me By Your Name.”

If those in attendance could take away one key piece of advice from his demeanor, it was that he held little regard for how audiences interpreted his work—not because he looks down on his readers, but because, instead, Aciman writes to understand his own ideas.

Correction: An earlier version of this article did not include the name of the event or the context in which it was held.