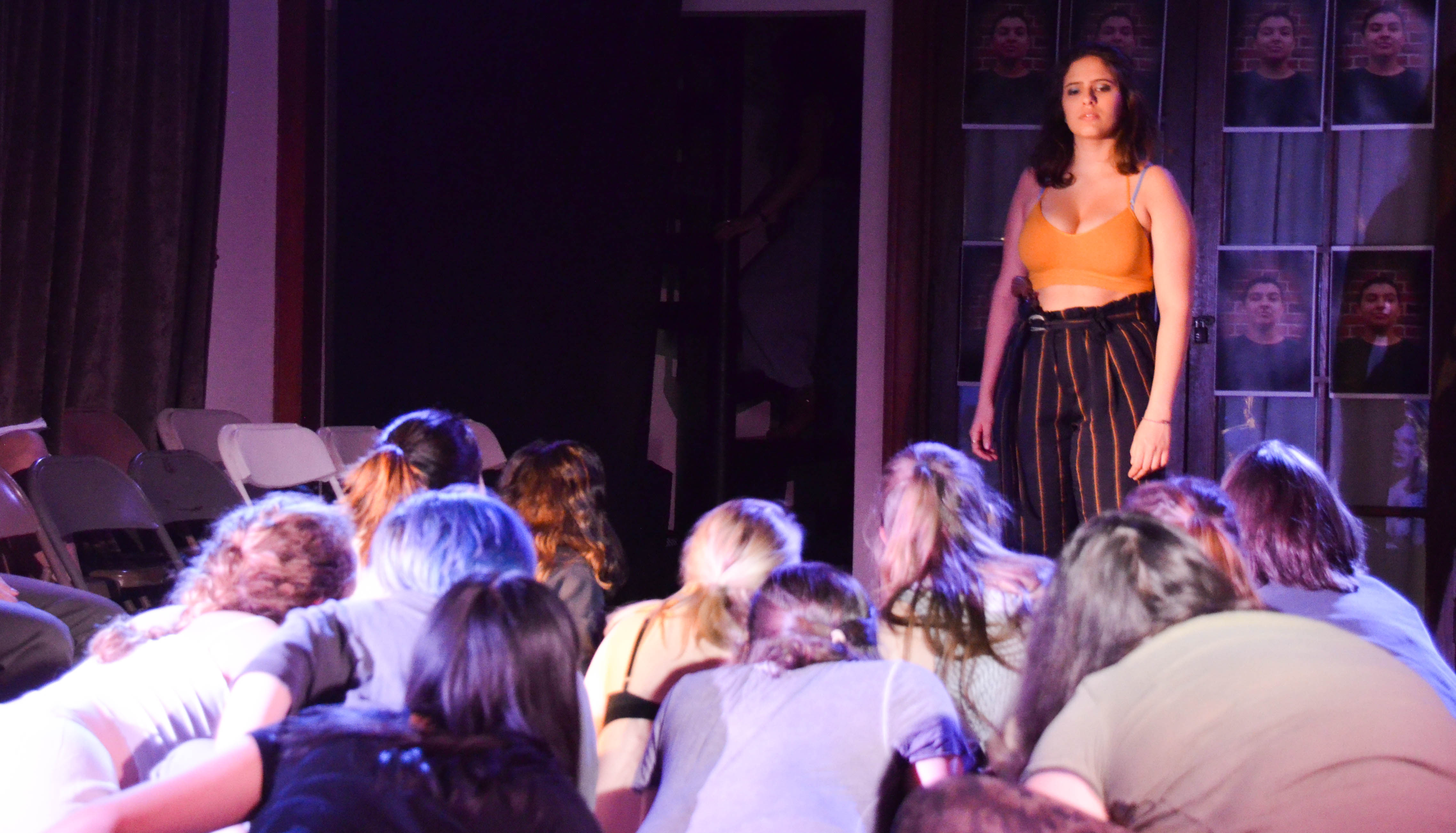 This past summer, Kashani-Sabet saw a production of “Julius Caesar” at the Oregon Shakespeare Festival, in which all the roles, save two, were male. She was disturbed by the fact that she simply could not see herself represented onstage, and that the roles through which femininity was presented were “degrading.” Sparked by this experience and the feelings it evoked, she set out to subvert the narrative to showcase a powerful, womxn-driven version of the age-old story.

The classic tale centers around Julius Caesar and her countrywomen. It becomes clear to Senator Cassius that Caesar is becoming ambitious, so she recruits other women, eventually including Caesar’s friend Brutus, to join in her assassination plot. Caesar, though warned against this decision by a soothsayer and his wife, goes to the Senate where she is eventually assassinated by the conspirators. Both Caesar’s supporters and assailants try to gain the favor of the Roman public, leading to warfare between the two factions.

This production was unique compared to any Shakespeare production I had viewed before not only in its use of gender, but in its general directorial choices. When previously reading, viewing, and studying “Julius Caesar,” a great deal of the focus was given to Cassius, Brutus, and Caesar. In this production, however, while these women were still extremely important, much more credit was given to the crowd. Kashani-Sabet decided to portray the crowd of Romans as a wild, animalistic mob. They entered squatting or on their hands and knees, wearing shades of grey, and hissing and yapping out animalistic noises. In this way, Kashani-Sabet’s direction shifts the power away from Cassius, Brutus, and even Caesar, and transfers it to the crowd. After all, what is a leader without supporters? Kashani-Sabet reconfigures the power dynamic not only from a masculine to a feminine narrative, but also from an individual to a collectively concentrated pool of power. This production also presents a fascinating contrast between types of power. There is the power of Caesar, who is stoic, respected, and firm. She is calculated and measured in her words and actions. This is thrown into direct contrast with the crowd, which gains power through chaos, shouting, and violence. Both are, for the most part, equally matched, but in the end the crowd wins out because you can kill off one tyrant, but you can’t kill off an entire army.

This show, unlike versions performed in other venues, is also very unique at the University. Shakespeare’s works are so classic, but, at least in this theatrical season at the University, not many classics were presented. Instead, there was a wide variety of contemporary and lesser-known plays and musicals. The University theater community tends to break away from Shakespeare, making it a more unusual choice in this setting. Because of this, “Julius Caesar” seems out of place as a play from 1623. However, Kashani-Sabet argues otherwise.

“A lot of what happens in the show is stuff that has been experienced throughout history, things that we are experiencing today, etc.,” she said.“I think Shakespeare is literally one of the most relevant things I’ve ever read.”

Kashani-Sabet also discussed how the themes in Shakespeare’s plays are ageless, but how casting and directing can change to more effectively tell these old stories to modern audiences in a relevant and engaging way. For this reason, she staged the show with the audience on three of four sides of the stage. Kashani-Sabet didn’t want the audience to feel isolated from the story, a sentiment that Stage Manager Isabel Algrant ’21 echoed.

“For us, I think it was really just about diversity and respecting that and getting that message out there,” Algrant said. 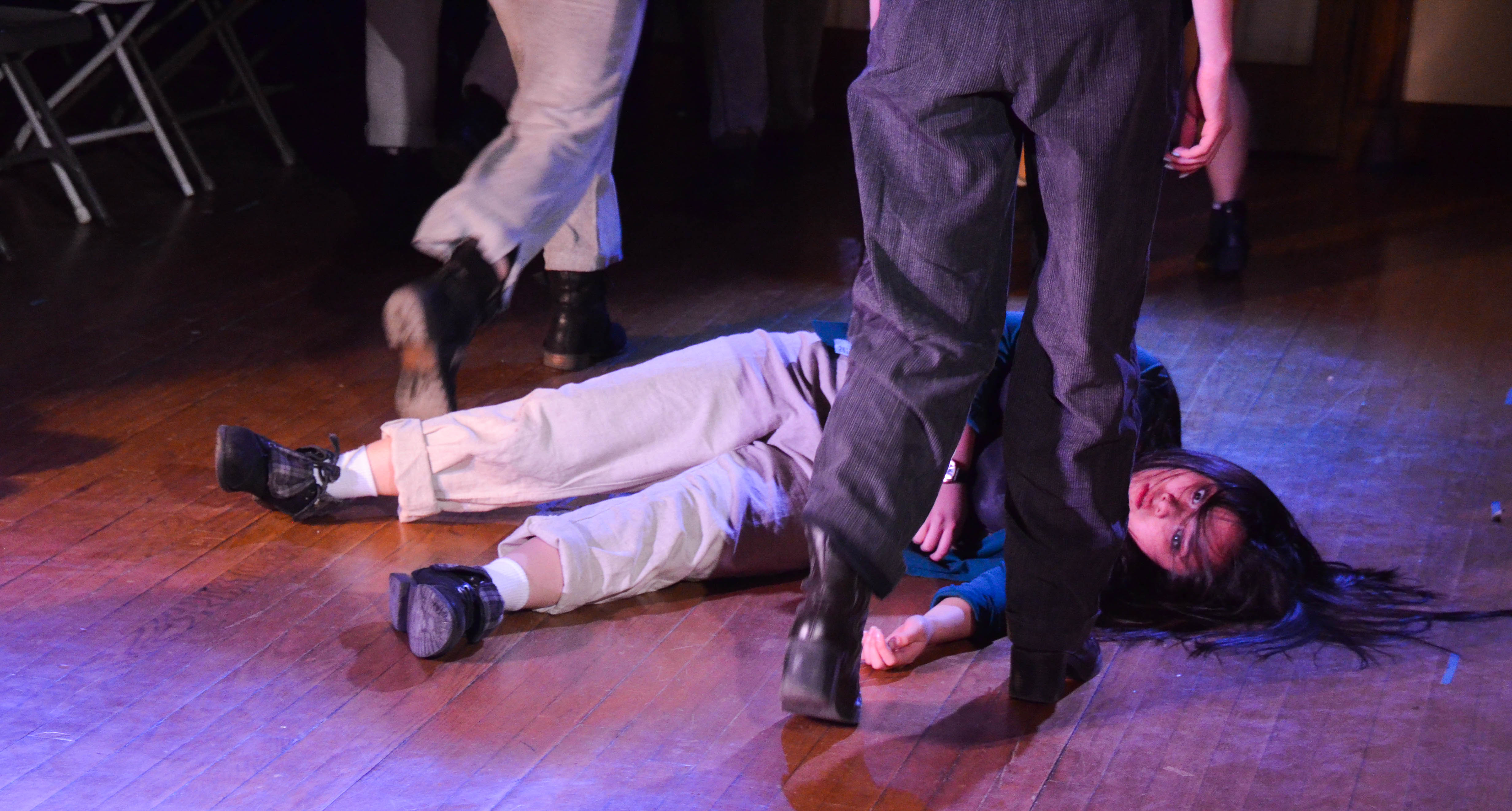 The all-womxn cast was certainly a big change from the original production, which consisted of mostly male characters and entirely of male actors. However, the fluidity and ambiguity of Shakespeare’s works allows for this change to be made seamlessly. Because the work is so flexible and is, above all, about the timeless issues concerned with human nature, Kashani-Sabet found it to be an obvious decision to cast only womxn.

“I can make this show that’s typically male-dominated, and I would argue more male-dominated than a lot of other Shakespearean shows,” she said. “I can change the pronouns and make it so everyone we’re seeing onstage is a female and that doesn’t harm the work in any way…and that’s applicable to all of Shakespeare’s work.”

This inversion of the power dynamic, as well as the tight-knit community built around a group of womxn actors, had a clear positive effect on the cast members involved. Olive Wexler ’20, who played Brutus, was thrilled at the idea of toying with gender in the narrative.

“The idea of having it be all women is just fantastic,” she said. “Women’s voices don’t get exhibited as much as they should. Coming into the process, I kind of knew we were all just going to be a powerful group because that’s what we had all set in on the project to do.”

Verónica Socorro ’21, who played Titinius, also commented on the comfort of the community built around the production.

“Even though I didn’t know you guys, I was already way more comfortable, and it felt like a much more welcoming environment and very supportive of each other—it was just very organic here,” she said.

Because of the all-womxn-identifying cast, the show was also able to explore LGBTQ+ relationships. Typically heterosexual marriages, such as the one between Caesar and Calpurnia or Brutus and Portia, became lesbian marriages. Also, the written camaraderie between Brutus and Cassius was expanded in the staging to include romance.

“If you read this script, there is something specific already happening between Brutus and Cassius,” said Kashani-Sabet. “In the script itself, there’s already so much sexual tension. It was kind of obvious just to lean into that more. What would stop me from showing three different LGBTQ+ couples? There was no reason not to do it.”

The messages and themes of Shakespeare are still present in our daily lives. Love, loss, betrayal, and mental illness are all extremely modern and relevant topics that have not and shall not fade anytime soon. However, perhaps while the writing prevails, the casting and staging need to be refreshed, to be dusted off and made new. Kashani-Sabet and her team have taken a major step toward modernizing Shakespeare and making it more accessible to audiences at the University in particular. The fault, dear readers, is not in this play.

Mae Davies can be reached at mdavies@wesleyan.edu