Blast From the Past: UEFA Quarter-finals Mirror 2006 World Cup 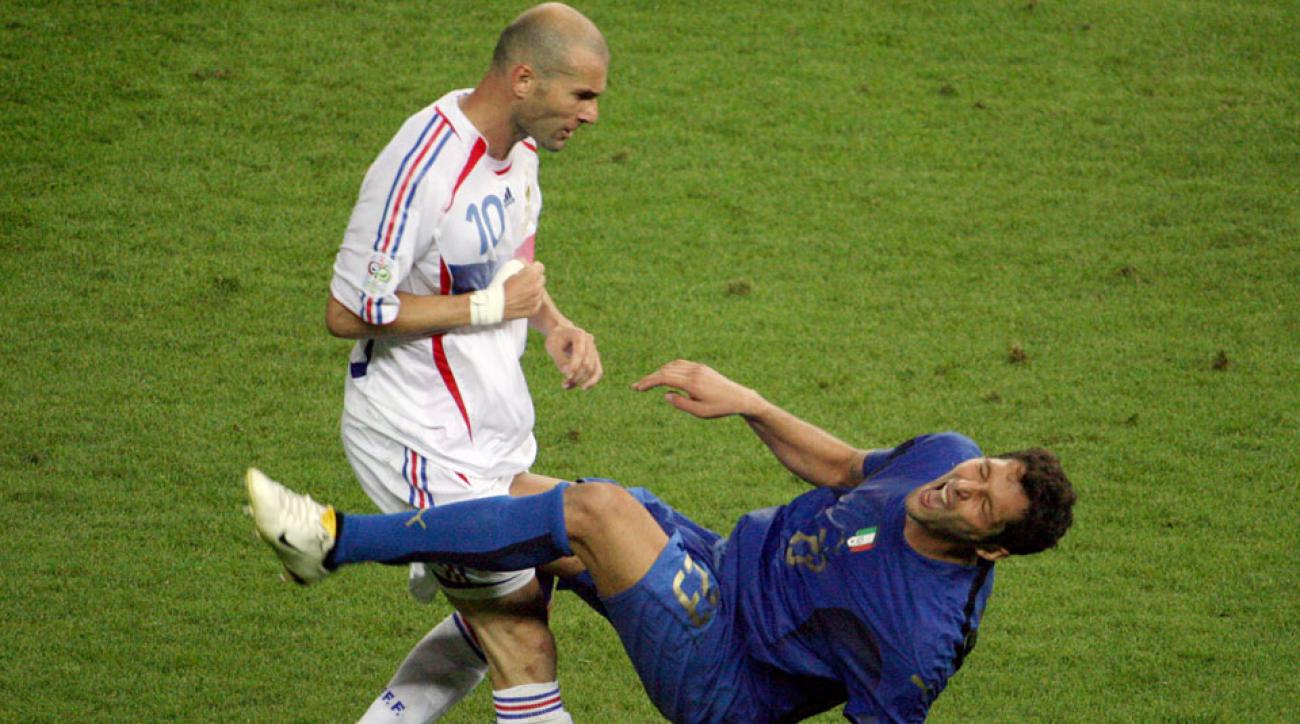 The quarter-finals of the UEFA Champion’s League have passed, but what a week it was. Roma’s remarkable 3-0 comeback against what seemed like an unstoppable Barcelona rivals any comeback in the competition’s history. Mohammed Salah has proved his legendary status beyond the Premier League, with his chip against Manchester City. Oh, and Bayern Munich won, surprising no one. But even after five days, it’s still hard to comprehend what happened between Juventus and Real Madrid.

“The football [soccer] universe shattered,” as one pundit described it. But the most intriguing aspect of the game was the almost cosmic role reversal between Juve’s keeper Gianluigi Buffon and Real Madrid’s coach Zinedine Zidane. Two larger-than-life personalities, the soccer gods reunited to play out a final round. As Gianluigi Buffon stormed off the field after having been sent off, I couldn’t help but think about Zidane and his bleak exit from the game 12 years earlier.

The story begins in Berlin, 2006. In the historic Olympic Stadium, Italy and France faced off in the World Cup Final. The star of the show was Zinedine Zidane, the hero of French soccer, who starred for France eight years earlier when the team won the World Cup on home turf. He marched the team through the 2006 tournament and was named the tournament’s best player. The final would be his last professional game.

Zidane scored a gorgeous penalty in the seventh minute to put France ahead, but the lead was lost to an Italian header, scored by defender Marco Materazzi. The teams remained deadlocked as the game went into extra time. But when the clock hit the 110th minute, one of the most extraordinary scenes in the history of sport unraveled. Amid startled commentators, cameras panned to Materazzi, lying on the floor, as Zidane loomed over him. Footage revealed that after a brief exchange (supposedly an insult about Zidane’s sister), Zidane exacted a crushing head-butt to Materrazzi’s chest. France’s savior received a red card, and in one of the most iconic shots in sports, Zidane walked to the locker rooms past the World Cup trophy. The game went to penalties, and Italy narrowly won 5-3. Zidane promptly retired. France’s L’Equipe newspaper asked the next day, “What should we tell our children, for whom you have become an example forever? How could this happen to a man like you?”

Of the players on the field that night in 2006, only two still play. Franck Ribery, only 23 years old during the match, retired from the national team in 2014 and is now playing out his career at Bayern Munich. The other was Italy’s goalkeeper, who saved a header from Zidane in extra time. After seeing the headbutt, he ran to the clueless referees to tell them what he saw, ultimately leading to Zidane’s expulsion.

Gianluigi Buffon has since become a symbol of Italy’s national team and can be seen belting the national anthem before games (sometimes accompanied by tears). But in an increasingly monetized sport, Buffon also stands as a symbol of continuity, turning down lucrative contracts and moves to serve faithfully as Juventus’ goalkeeper for the last 17 years. When the team was viciously disciplined and demoted to a lower tier of Italian soccer, Buffon stuck with the team, and Juventus have since gone on to win the Italian Championship six times. Buffon has become one of the greatest goalkeepers ever, his legend only furthered by his remarkable longevity.

Juventus, however, riding on the legend of their captain, clawed back and scored three goals, tying up the two-leg tie, at 3-3. Had Juventus scored one more, they would have led on away goals, meaning Madrid would have to reply with two goals to win. The Italian miracle weekend kicked off with Roma, and was well on its way to Turin. After 93 minutes had elapsed, the game was on the cusp of going to extra time, only seconds away from the final whistle. In a last gasp attempt, Toni Kroos whipped in a cross whereby Ronaldo headed the ball down to Lucas Vasquez. Behind, Mehdi Benatia decided to lunge, proving to be a fatal error. Penalty.

The teams erupted, and in a remarkable turn of events, Gianluigi Buffon, hanging on to his last thread of Champions League hope, stretched through the annals of time and channeled his inner Zidane. He shoved the referee in a fit of anger and was promptly sent off. As the red card held high above his head, Buffon’s face turned white. Like Zidane some 12 years earlier, the camera captured a precise moment of anguish, of loss. Buffon conceded his destiny to try to save that final penalty kick, as Zidane conceded his destiny in leading France to the end. Both left the pitch, helpless.

Wojciech Szczęsny, Juventus’ backup goalkeeper, proved no match for the mighty boot of Cristiano Ronaldo, who nailed the penalty and ended the game. The ecstatic team and 80,000 screaming Madridistas celebrate another Real Madrid triumph. But one bald Frenchmen, amongst the throngs of celebrating coaches, players and fans, looks remarkably still. Even for a coach, Zidane is rarely taken by the tide of emotions around him. But his look seems oddly muted for such an occasion.

One can only think that some of the demons from the World Cup 12 years earlier were exorcised as Buffon walked off the field, and Zidane finally got his revenge on the goalkeeper that spoiled his last act, the goalkeeper who helped create the legacy of his head-butt by racing over to the referee.

Zidane’s detached gaze doesn’t reveal a hint of celebration, but rather uncovers another quality born out of his moment of weakness 12 years ago: empathy. The only man who could feasibly understand Buffon came to his defense after the game.

“I still think he’s an amazing player and you just need to think about everything he did throughout his professional career,” remarked Zidane after the game. “Buffon doesn’t deserve to go out this way.”

It’s hard to imagine what it feels like to carry the weight of a city or a nation on your back. Expectations come from those who achieve greatness, and we tend to expect the otherworldly. We want those who we hold in such high regard to follow a set path, to see them achieve greatness as they have done time and time before. Zidane and Buffon both bowed out in the dying embers of their respective finales, unable to complete the destinies set out for them. But because we hold them in such high regard, sometimes we forget that they are humans too. As one writer remarked after Zidane’s headbutt: “It’s good for us to see our national hero is fallible.”

Perhaps we’re not shocked most by Buffon’s conduct and his decision making on the field. Perhaps we’re more bothered by the fact that he didn’t get to line up, and try to save Ronaldo’s penalty to save Juventus. Just to see him shine one more time.

Buffon’s career will undoubtedly be tied to this red card. But like Zidane’s legacy, it will surely cede a laundry list of accolades: including the 2006 World Cup that sunk Zidane. Alas, the circle has returned to its starting point. If this is the last time we get to see you suit up for the Champions League, thank you, Gianluigi Buffon. And for the example you still set, thank you Zidane.