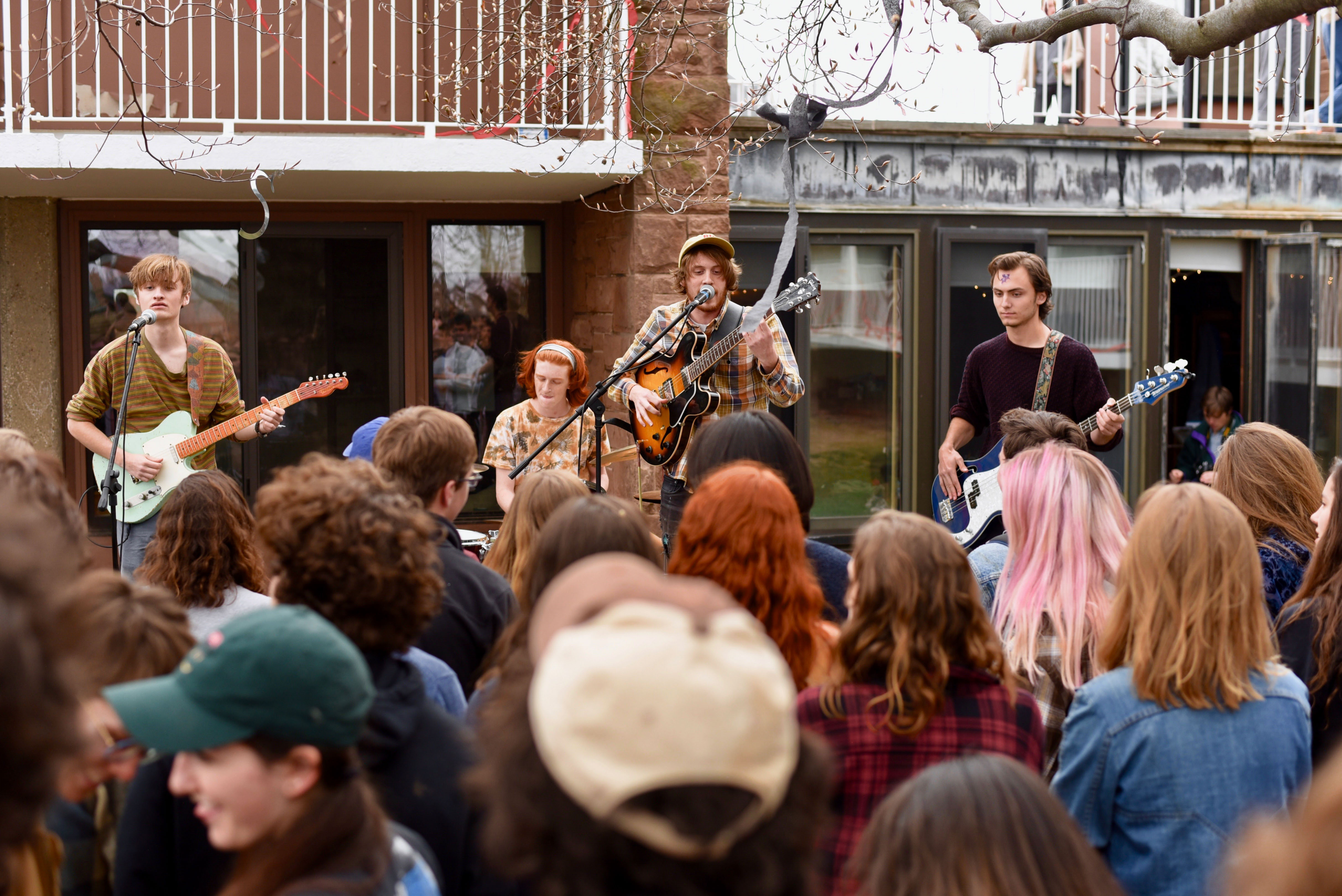 “Zonker Harris Day should not be on the calendar next year, and it won’t be,” University President Michael Roth ’78 said in 2008. “The institution should make it clear that it’s not supporting things that are stupid.”

A decade after the Wesleyan University administration briefly banned the holiday, Zonker Harris Day remains alive and well. With this year’s Zonker Harris Day around the corner, a comprehensive history of the acclaimed holiday’s legacy is only appropriate.

Originating in the late ’70s, Duke Day, held in the fall, and Zonker Harris Day, celebrated in the spring, are revered as prominent staples of campus culture and relics of a counterculture identity that the student body still holds onto.

However, while on the one hand the day is considered a laid-back celebration of art and music, the event has also faced a tumultuous history.

For decades, Zonker Harris Day was a University-funded event, held in April typically during the weekend of WesFest, on display for all visiting prospective students. The festival was named after the cartoon character Zonker Harris, invented by Gary Trudeau as a part of his Pulitzer Prize-winning comic strip, Doonesbury. West College (WestCo), the dorm that sponsors the festival, specifically chose the character Zonker Harris because of his renowned ‘hippie-druggie’ persona, which represented the ethos of Wesleyan in the 1970s. 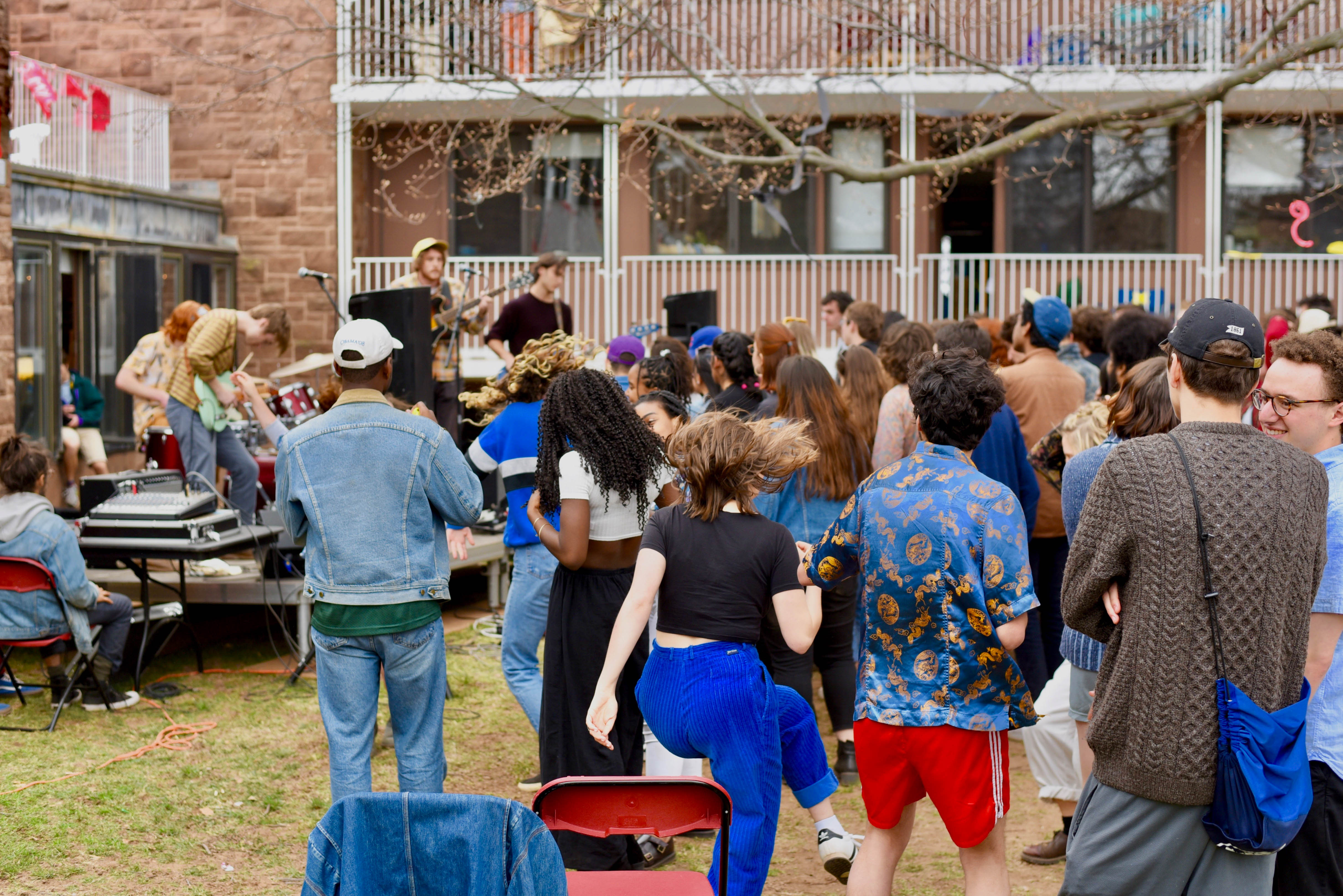 Filled with tie-dye shirts; heads of long flowing hair; and a perpetual haze of smoke, Zonker Harris Day originated as a cultural microcosm at Wesleyan for the Summer of Love, Woodstock/Monterey music festivals, exporting the feeling of the hippie ’60s era on campus. Throughout the ’80s and ’90s, Zonker Harris Day embodied the campus’s nostalgic yet ironic slogan “Keeping Wes Weird” and served as an opportunity for the student body to reinforce its reputation, commemorating its ’60s cultural height. With headliners often influenced by psychedelic rock, the lineups also captured the musical essence of the counterculture period.

However, as times have changed, so too has Wesleyan. The first indication of the University administration’s larger efforts to rebrand the University, pushing the college away from the “Keep Wes Weird” motto, came with Roth’s mandate to change the names of Duke Day and Zonker Harris Day. Following this pronouncement, the administration rescinded funding for Zonker Harris, pending a new title.

“There was a concern from Admissions about Zonker Harris Day because we have so many freshmen coming in and they said if it’s going to be called Zonker Harris Day it cannot be held during WesFest,” Director of Residential Life Fran Koerting told The Argus in 2008. “There’s no value added to the program by calling it ‘Zonker Harris.’ If anything, it perpetuates the whole hippie-druggie stereotype that WestCo is trying to get away from.”

“I think parents of prefrosh have called up and said that they don’t like to go to a place where there’s drug use on 4/20 and Zonker Harris Day,” Ezra Nachman ’11, one of the WestCo presidents at the time of the scandal, responded. “I think the administration is trying to whitewash WesFest for the hoity-toity Upper East Side parents.” 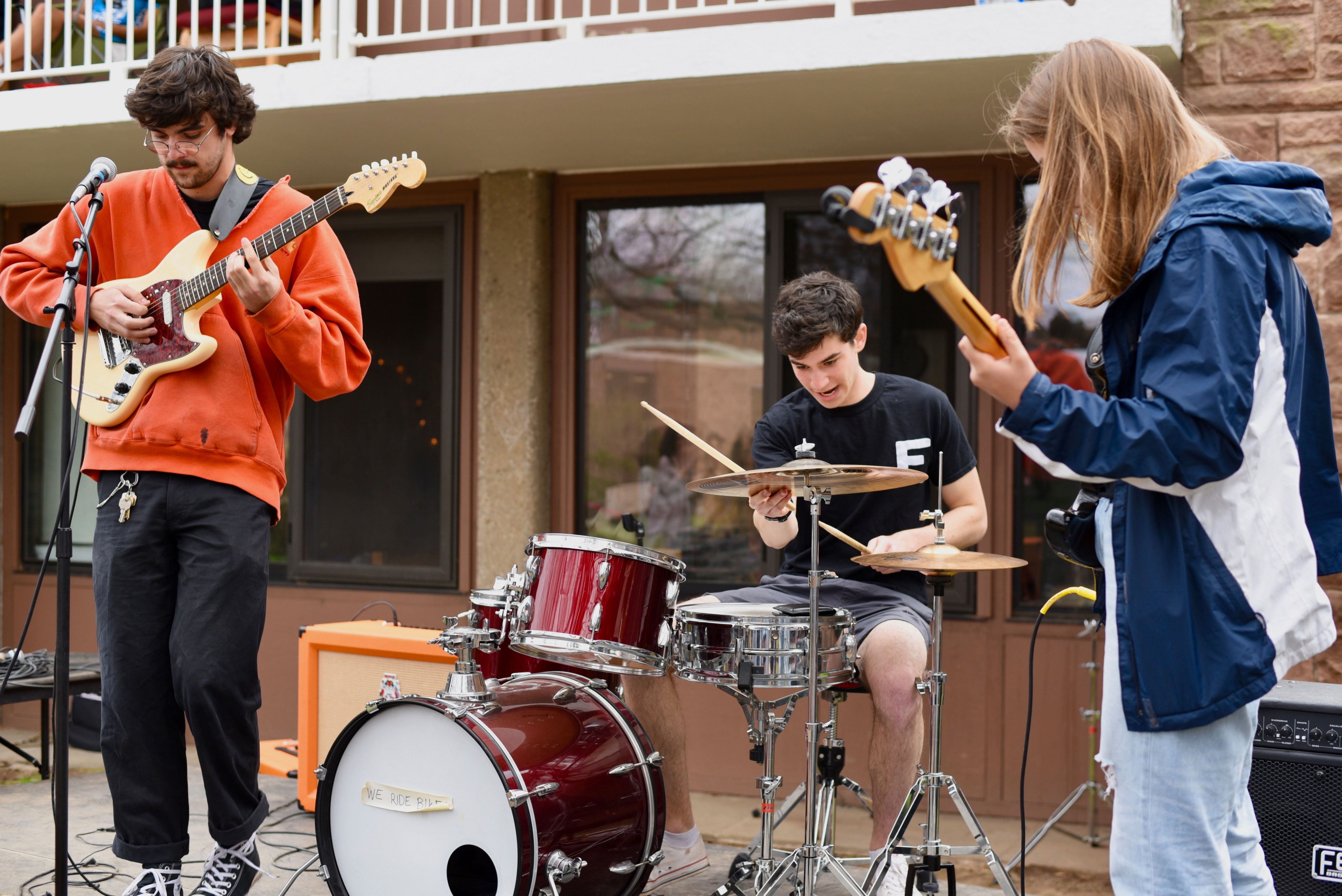 At the time, even if the WestCo community had been able to overcome the obstacle of raising the $1000 the administration allotted for the event’s budget, WestCo presidents were still told that the event would be stripped from the WesFest calendar and would be blocked by the Student Activities and Leadership Development Board (SALD), the group responsible for approving any on-campus event. Thus, Zonker Harris Day became “Ze-Who-Must-Not-Be-Named Day.”

However, if this year’s announcements regarding the upcoming festival are any indication, the story didn’t end there. While in 2008, “Ze-Who-Must-Not-Be-Named Day” was held on April 19, the festival’s name would be met with student resistance in subsequent years to combat what students perceived as the administration’s censorship and overreach of power.

In 2010, WestCo President Jason Katzenstein ’13 submitted a letter to Gary Trudeau, the Doonesbury creator, on behalf of all the WestCo presidents and community that explained the situation. Shortly after, Trudeau sent an email back that included the week’s comic strips, which heavily satirized Roth and the University’s handling of the situation.

In the comic strip, Zonker is told about Zonker Harris Day by a Wesleyan student, who zealously describes it as “a day filled with music and psychedelia! A return to the Garden of Eden!” The student then warns Zonker that the celebration is imperiled because “President Roth thinks you’re bad for Wesleyan’s image.”

Comic-strip Roth responds, “I’m warning you—stay away from my kids!”

In the wake of Trudeau’s strip, a collaboration between the WestCo community and the administration resulted in the reinstatement of the original name in 2011. Zonker Harris Day became Zonker Harris Day once more.

“Energy in the WestCo community is at a real high right now because we’re actually having Zonker Harris Day,” said Tennessee Mowrey ’14, WestCo President in 2011. “Honestly, I don’t think people thought it would happen. We’ve been fighting for this for years now, and I think that many people assumed that the outcome this year would be the same as the past few. When we announced at Guidance that Zonker Harris Day was on the 16th of April, people exploded.”

“It’s definitely one of the most fun events on campus,” said Jefferson Randall ’20, the lead singer in student band Flaccid Ashbacks. “It marks the beginning of the end of the year so everyone is happy to be outside; its one of the happiest crowds. There are a lot of visible smiles.”