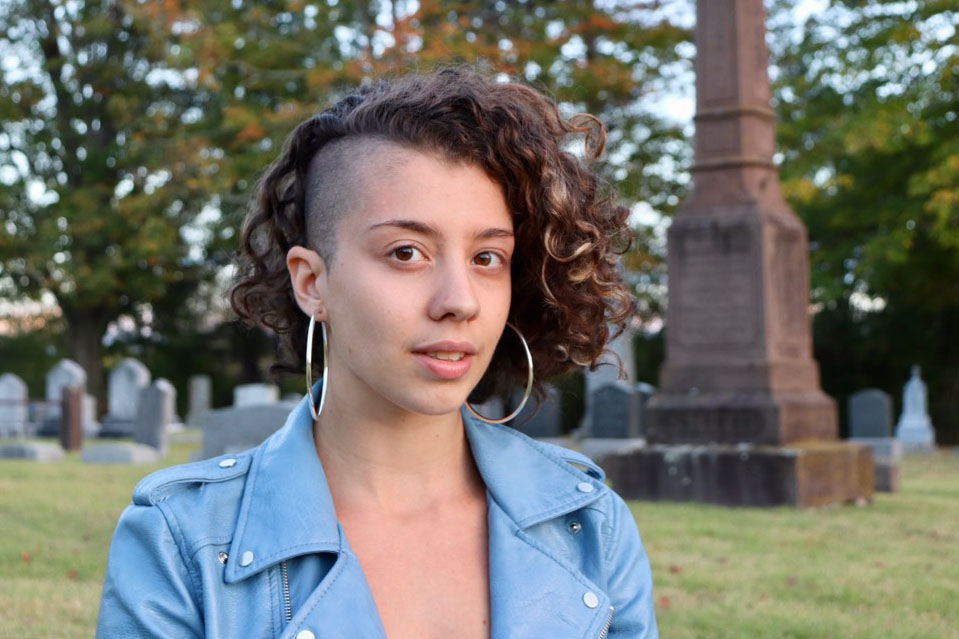 Anna Savage ’18, a government and Latin American Studies double major, has been awarded a Princeton in Latin America Fellowship, a prestigious fellowship involving a year of service with organizations in Latin America and the Carribean.  Savage will be working in Cabrete, Dominican Republic, following her graduation in late May. As part of the fellowship, Savage will work with the Mariposa Foundation, a non-profit organization which aims to end generational poverty by providing low-income girls with academic and artistic opportunities, as well as essential sex education to prevent possible health risks and unplanned pregnancies. As an instructor at the Mariposa Center, Savage will be given the opportunity to develop her own course of instruction; she will teach English, music, and yoga to young women ages 7 through 18.

According to Savage, her desire to provide equal-access education to low-income communities arose out of her own experiences growing up in Takoma Park, a heterogenous community on the outskirts of Washington D.C., which houses a large population of immigrants. Born into a multicultural family, Savage found herself uniquely aware of the racial and educational disparities that surrounded her, both in Takoma Park and in Tahoua, Niger, where she spent part of her childhood.

“Despite its ‘diversity,’ my community [in D.C.] was quite racially stratified, with heavy residential segregation,” Savage told The Argus. “Even in my ‘diverse’ public schools, I observed many stark inequities. Why were classrooms, allegedly separated by ‘ability,’ often segregated along race and class lines? Why were students who spoke English as a second language selected less frequently for gifted and talented programs?”

Fueled by her desire to reduce the educational inequalities that she observed in her youth, Savage began volunteering and tutoring at underfunded public schools in the D.C. area when she was in high school. When she arrived at the University, Savage continued her volunteer work at the Connecticut Juvenile Training Facility. There, she says, her understanding of structural racism began to fully develop.

“I witnessed how generational poverty and lack of educational opportunity, coupled with the institutional racism of our criminal justice system, heavily constricted the paths available for the boys and young men confined within the facility,” Savage said. “It was no coincidence that Black and Latinx youth were quite overrepresented in the facility due to the interconnected and reinforcing systems of inequality and discrimination of the United States.”

Her junior year, Savage studied abroad in San José, Costa Rica, and Valparaíso, Chile, where she was culturally and linguistically immersed in Latin American life. After spending a semester in Chile, Savage returned to D.C., where she worked as an intern for the D.C. Central American Legal Resource Center, organizing citizenship classes and acting as an interpreter during naturalization interviews.

Savage credits these formative experiences, as well as the values her family imparted upon her, as inspiring her to pursue the fellowship.

“I am profoundly grateful to my parents for instilling in me a love of travel, but perhaps even more so the importance of doing so in a way that practices constant self-reflection, humility, and respect for others,” she said. “I feel it is paramount for me to continuously engage with my societal status as a white United States citizen, which affords me endless privileges, particularly regarding the ease with which I am able to move through the world and not be ostracized or persecuted.”

Savage says that this idea of listening and understanding, rather than asserting, will play an important role in shaping the way she approaches her work in Cabrete.

“In the Dominican Republic, I strive to serve the Mariposa community from a place of humility that does not assume, but rather carefully listens to, the evolving and individual needs of students,” Savage said. “I strive to serve in a way that does not perpetuate existing systems of power between the United States and Latin America.”

As far as her trajectory after the fellowship, Savage says her career plans change every day.

“Some days I feel certain I will go on to law school to study on civil rights and immigration law, while other days I see myself opening a holistic yoga studio and working as a therapist,” she said. “What I do know is that I am grateful to Princeton in Latin America and to the Mariposa Foundation for the opportunity to combine so many of my interests and passions, including music, yoga, Spanish language and culture, global service, education, and gender equality. I feel that regardless of the professional areas I explore afterwards, the fellowship will be an enriching and powerful experience of personal and professional growth.”