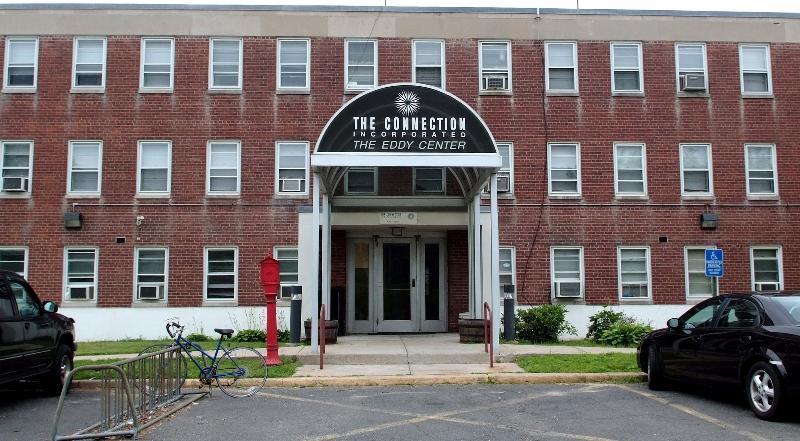 For those who claim that mitigating hunger problems and advocating for environmental consciousness are two mutually exclusive objectives, Food Rescue is here to prove they are not. Food Rescue, formally known as Food Salvage, is a student-run organization at the University that works to combat issues of hunger in the local community while redirecting and reducing campus waste. Food Rescue tackles waste produced at the consumption stage, directly addressing the problem of food excess. Part of the University’s Hunger and Homelessness Program umbrella, Food Rescue takes leftover, uneaten food from Summerfields, Usdan and Pi Cafe and delivers it to the Middlesex County Eddy Shelter, a homeless shelter located on the grounds of the Connecticut Valley Hospital.

“The shelter provides a bed, shower, and case management services to the 30-50 residents it houses at any given time,” explained Natasha Timmons ’18, co-coordinator of Food Rescue. “But it does not provide food, aside from that supplied by Food Rescue, making this a very important program.”

The group first began unofficially in 2008, when two seniors donated food from Pi Cafe to Middletown’s local shelter. One of the seniors—Julie Huang ’10—was president of the University’s chapter of Habitat for Humanity at the time. Huang helped bring the idea to the Office of Community Service to create a University-recognized group that focused on homelessness and hunger.

“As a result, I marketed the idea to the Wesleyan’s Habitat for Humanity group and there were plenty of people interested in it,” Huang explained in an email to The Argus. “In the beginning, it started with volunteers picking up food from Pi Cafe after it closed and driving it over to the shelter. I wanted to expand the idea to incorporate Usdan and random events including Homecoming weekend. Unfortunately, that required more legality issues and I had to involve Wes’ lawyer to write a formal letter that Middletown’s shelter would sign stating that Wesleyan would not be in any fault for any sicknesses related to the food. Thankfully, they were willing to sign it and we were able to do this. I still remember at Homecoming weekend alone, we were able to pick up more food than we could carry. It was great. In addition, I also had several guest speakers including professors and local community organizers that came by to discuss…the homelessness and hunger that surrounds Middletown community.”

Today, Food Rescue volunteers are required to take on at least one 30-minute-long shift per week. While the intricacies of picking up leftover food vary from on-campus eatery to eatery, the process is generally the same. Paired up with a fellow student volunteer, Food Rescue members either package the excess food in catering trays or simply pick up pre-packaged trays and drive the food to the Eddy Shelter.

However, Food Rescue goes far beyond solely packaging and delivering the campus’s uneaten food. Food Rescue’s current co-coordinators—Timmons, Arron Luo ’18, and Dillon Noone ’20—explain that in past years, Food Rescue has partnered with other groups to host a hunger banquet in the spring. Recently, Food Rescue worked with the Green Fund to get biodegradable food-safe bags and compostable non-toxic plastic garbage bags that are now being used for food pickup at Pi Cafe, Usdan, and Summerfields. While previously the trays used at Summerfields and Usdan were reused, the food-safe bags further cement Food Rescue’s commitment to sustainability. The plan is that Noone will collect the biodegradable bags from the shelter every two or three weeks and bring them to a compost facility. Additionally, this semester, Food Rescue and Psi U joined together to fill the last three driverless shifts, officially making it possible to collect food seven days a week from all three eateries. Noone noted that he hopes to incorporate Main Street restaurants into the Food Rescue pickups in the coming year.

“Currently, we are looking into expanding the scope of food rescue again with the help of with Bessie Bianco in University Relations and Jennifer Kleindienst in the Sustainability Office,” Luo wrote in an email to The Argus. “Bessie is helping us look into the feasibility of a partnership with restaurants on Main Street to rescue their unsold foods, and Jennifer is working on developing a network of staff to help Food Rescue during student holidays and breaks! If feasible, we hope to have these two initiatives in place for the next school year, but it’s understandable too if it’s longer than expected to come to fruition.”

While Food Rescue has made tremendous strides in expanding the vision of the organization, such efforts do not come without challenges. This year’s coordinators agree that the largest struggle comes from a lack of volunteers with cars and backup drivers if scheduled volunteers cannot make their shifts. The new student driver regulations complicate the issue as such rules inevitably limit the pool of potential student drivers. Additionally, remaining in consistent contact with one University staff member from semester to semester is often tricky, particularly when it comes to coordinating tray-washing shifts.

Food Rescue’s dedication to both sustainability and working with the Middlesex County Eddy Shelter has not gone unnoticed over the last several years. Coordinators of the 2016-2017 school year, Lili Kadets ’17 and Lydia Ottaviano ’17, received the 2017 Bridge Award on Food Rescue’s behalf last year.

“Furthermore, thanks in part to the dedication and consistency of our student volunteers (and also other factors such as compost-to-trash ratio improvement initiatives by Bon Appetit), Wesleyan University regularly receives a Regional Food Recovery Achievement Certificate from the Environmental Protection Agency,” Luo added. “And last year [Wesleyan] was named ‘Food Recovery Verified’ by the Food Recovery Network for donating unsold surplus food.”

An organization that has grown from running 13 shifts with 20 volunteers to a group of over 30 volunteers that serve 21 shifts, Food Rescue remains actively dedicated to the dual mission of combating food waste while alleviating food insecurity.