Students Air Concerns to Board of Trustees in March 2 Meeting 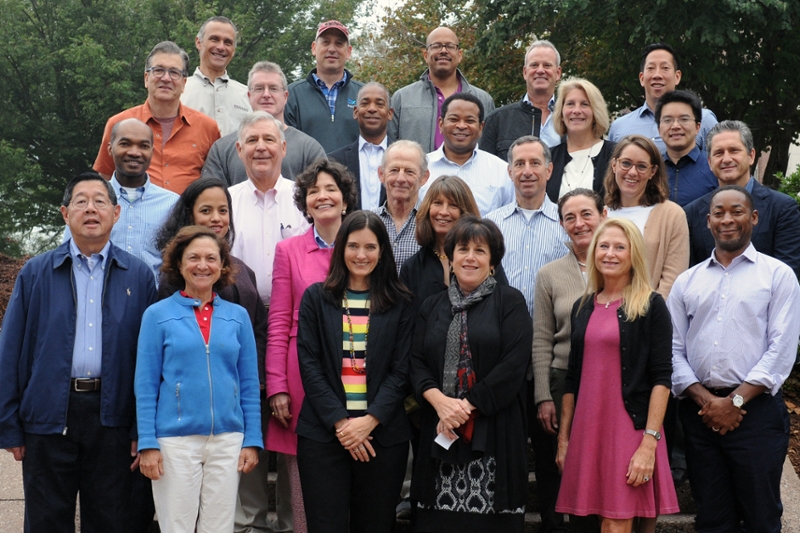 On Friday, March 2, members of the University’s Board of Trustees came together in an open forum, which allowed students to raise any questions and concerns that they have about the board and the University in general.

The meeting, which was run by Senior Vice Chair Karen J. Freedman ’75, P’05, began with a discussion of the potential alterations to the Davison Arts Center (DAC). Three art history majors, including Lily Landau ’18, presented their concerns with the proposal to alter the presentation and preservation of various artworks currently in the University’s possession. The renovations would be part of the overall facilities renovation that have been discussed during the recent facilities forums.

Landau and her peers raised concerns about the accessibility of exhibits that would be potentially put up in the Olin Library basement. Damage could be done to the fragile pieces if they are transported from one building to another. Additionally, there is the potential for insufficient protection for pieces once they were housed in Olin.

“Because not a single art historian or specialist was consulted in the making of this plan, these concerns were not considered,” Landau said. “Also, if and when the collection is moved to Olin, it’s just not going to be as accessible.”

Art history majors also came to the open meeting with the board in November 2017 to share their concerns with representatives from the board, which Freedman said had been noted at that time. She later added that this decision may not fall within the board’s jurisdiction.

One student then asked about the board’s general role within the University.

“It is not our charter to run the place,” Vice Chair Darryl B. Hazel ’70, P’03. “And, in general, [we] act as an advisor and confidant to the administration. The board, being varied and diverse, has a lot of different business experiences and, in some cases, academic experiences…. It’s up to the president, or the administrator, to take what’s offered, synthesize it, and hopefully come up with a better decision than if they did not have the advice and counsel of the board.”

The board representatives noted that they primarily work to guide the University’s direction overall.

“There’s a strategic role that the board plays, with strategic direction,” Karen E. Donfried ’84 noted.

Another student asked why they had chosen to become members of the board.

“You’re still in your undergraduate experience, but there are a lot of people who have a very deep love and affection and really care about the institution,” Hazel said. “I do it because I care about this place, because I want it to be better. I like, for the most part, listening to the students who have points of view. You have ideas and you have energy and you have passion, and what people like me have is all of that, plus experience.”

“For many of us, it’s an opportunity, also, to give back to a place that we care about,” Donfried added. “I run a non-profit, so I also report to a board. At some level, Michael Roth works for the Board of Trustees in the same way that I work for my board.”

Many members spoke to the balance that they have to achieve between interfering with the president’s operations and guiding the mission of the school. One member joked that their job is primarily to hire and fire the president.

“It’s this fine line between advising and thinking that we decide,” added Trustee Emeritus Joshua Boger ’73, P’06, ’09. “Once we think that we decide things, we’ve disempowered the president. We might as well get rid of him, we’d save a lot of money.”

Another student brought up the slow growth of classes over the past couple decades, with the class size rising from approximately 700 to 750 students per year. He specifically cited concerns with lowering the student-to-endowment ratio, which Hazel dismissed as a metric rather than an actual problem that had to be addressed.

“Endowments are really important to maintain,” Donfried said. “And if you look at Wesleyan’s endowment and compare it to other institutions’, Wesleyan has a pretty small endowment.”

At the end of the meeting, another student asked for trustees to consider accessibility in future renovations of campus buildings, recognizing that all new constructions will be up to code, but asserting that many buildings are currently not fulfilling standards.

The board also met in various, closed-door committees over the weekend, which is one of four times a year that the board convenes.