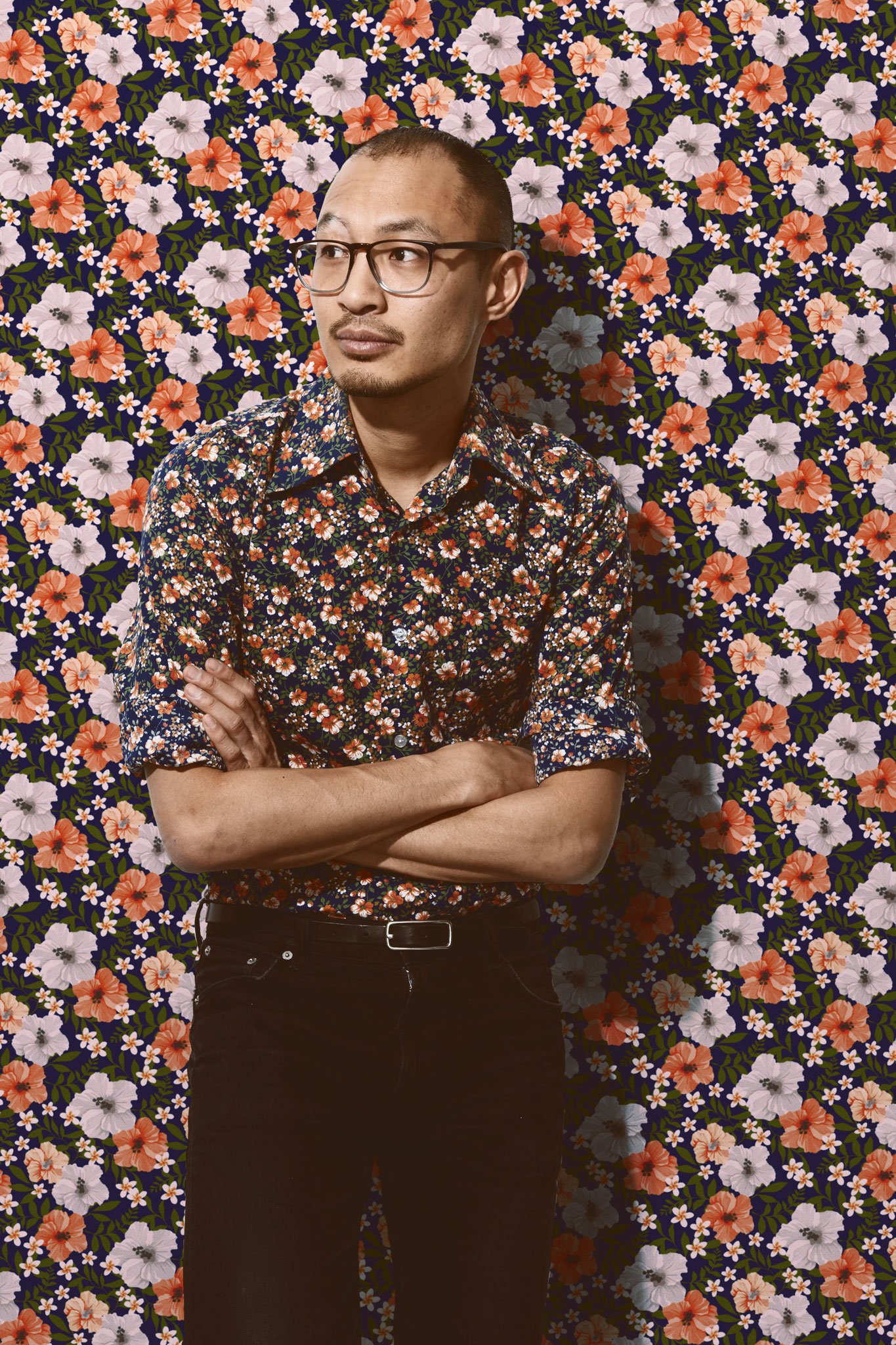 Fu recalls first being exposed to improv at Wesleyan, an experience that would redirect the course of his life. But until relatively recently, comedy was a hobby he viewed as peripheral to the rest of his life.

“Aaron Hilliard ’00, who was the year above me, organized an improv-sketch festival where neighboring universities would come,” said Fu. “He also got the original board of UCB (Upright Citizens Brigade) to perform at the WestCo Café. That was the first time I ever saw long-form improv, and it blew my mind. When I graduated, I took some improv classes at UCB but stopped for a while because life kind of took over. So I was on the path of ‘job jobs’ for a while, fulfilling my Asian mandate, getting a 401(K).”

At Wesleyan, Fu served as the Comics Editor for The Argus and concentrated in American Studies, which he calls “liberal arts at a liberal arts college, in major form.”

He also overlapped with Lin-Manuel Miranda ’02, the illustrious creator of “Hamilton: an American Musical,” but the two never met.

“I graduated a year before Lin-Manuel,” said Fu. “I saw him around on campus a lot and my main impression of him was that, one—he wore a lot of hats, like literally. He’d wear a cabbie hat and a fedora or something like that and I was always, like, that guy seems so happy, which I found annoying because I was like, ‘that guy figured something out and I don’t know what it is.’”

Fu undoubtedly also wore many hats, until he decided to pursue comedy full time in 2015. That year, he auditioned for Amsterdam-based comedy troupe, Boom Chicago, and decided to sign on for a yearlong contract to perform comedy professionally there. At Boom, Fu’s focus shifted, and he found himself performing five times a week, and with a salary to boot. Suddenly, comedy became a professional commitment—a job.

In 2016, Fu returned to the States and continued to write, perform, and create his own work, but just as his priorities shifted while abroad, his comedic tone did too. He found performing in Amsterdam, primarily for tourists, to be an experience where he became identified first as a person of color, something he didn’t feel as much performing in New York City, the liberal bubble he worked within before his move.

“It was the first time I saw how people saw me, reflected back at me, so it changed the way I performed and made me more aware of my comedy through a racial lens,” said Fu.

Though much of Fu’s recent comedy draws on issues of race and representation, he believes that first wave efforts to bring Asian-American stories to the mainstream ought to be commended. To Fu, the narratives that should be told are the ones that can be told well, beyond the tired trope of a person of color’s grandmother’s wisdom-worn hands. But in order to get to the place where comics of color can perform sets beyond the humor of “my culture versus yours,” there needs to be initial pioneers that must, unfortunately, prove their culture to be comically palatable to mainstream white audiences.

“ABC’s ‘Fresh Off the Boat’ was created for major networks for the consumption of America, so they obviously had to make a couple of compromises. But to me, it’s amazing that it exists because it’s a first step of incorporating Asian people into mainstream media,” said Fu. “‘Master of None’ is the same way, and Ali Wong takes a further step in that direction, but with each step that’s taken by any artist of color, it allows what comes after it to become more nuanced, intelligent, and stubborn.”

Fu cites Key and Peele as two of his heroes, and examples of comics who have built upon the spearheading efforts of their predecessors like Richard Pryor.

“Pryor’s comedy is amazing, but has existed in a lot of binaries, like black and white,” said Fu. “Key and Peele have explored a lot of different topics along the gradient of race, such as performativity, and how one can toggle within the spectrum of race. To me, that’s so much more rich and lifelike because it’s more subtle. I think the same thing goes for Asian comedy.”

“Asian Gracefully” will be performed live at the Comedy Bar Cabaret as a part of the Toronto Sketch Comedy Festival on March 2 and 3, with shows at 7:30 and 8:30 p.m., respectively.