Man Livestreams Crash into Middlesex Hospital, Lights Himself on Fire 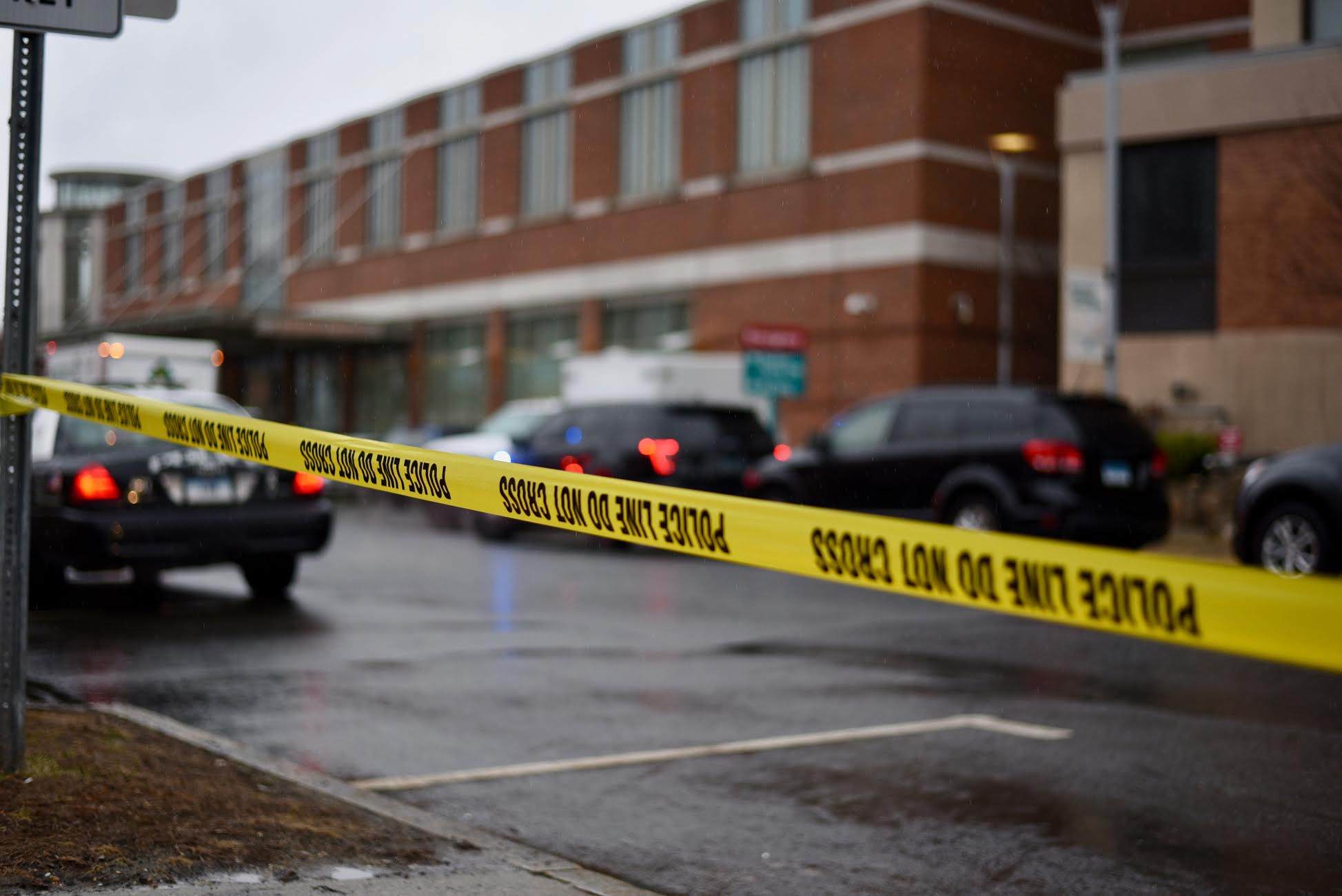 Shortly before 10 a.m. on Thursday, Feb. 22, a man crashed a silver sedan into the emergency room entrance of Middletown’s Middlesex Hospital. Middletown authorities have confirmed that the crash was intentional, but have yet to comment on the suspect’s motives.

“I want to be crystal clear: it is early in this investigation and we will not speculate his motives,” Mayor Dan Drew said in a press conference on Thursday afternoon.

After crashing through the emergency room sliding doors, the suspect, who has since been identified as 27-year-old Middletown resident Steven Ellam, exited the burning car and was engulfed in flames. According to authorities, Ellam intentionally lit himself on fire at the scene of the accident.

“The information we have now is his vehicle entered the sliding glass doors, and we have witness testimony and a police officer who observed the individual getting out, and then his body became inflamed,” said Middletown Police Chief William McKenna. “It does not appear he made it into the lobby.”

FBI officials late Thursday night uncovered a Facebook Live video, which Ellam recorded during the crash. The video begins with Ellam driving toward the hospital and ends shortly after he lit himself on fire. His narration includes references to the Illuminati and the new world order.

“The one percent have been trying to brainwash me to attack the police for I don’t know how long,” Ellam said in the video, according to The Hartford Courant. “I know that you are, you are their protector and I am going to attack one of your headquarters right now – Middlesex Hospital.”

Ellam was subsequently transported via Life Star helicopter to the Connecticut Burn Center at Bridgeport Hospital.

“At this time we believe this to be an isolated incident, and there is no threat to the community,” Drew said. “One hospital security guard was transported for treatment for smoke inhalation, but other than that, no one except for the driver of the vehicle was hurt.”

Upon arriving at the scene, the Middletown Fire Department found several gas canisters in the car, the contents of which are currently undergoing testing. As a precaution, a bomb squad was dispatched to the hospital and surrounding area. They ordered nearby residents and pedestrians to take shelter in place, but lifted the mandate shortly after noon.

A bomb squad was also dispatched to Ellam’s home at 66 Milardo Ln., which was searched by the squad and two bomb-sniffing dogs. Residents in the area were told to evacuate as a precautionary measure.

According to Chief McKenna, Ellam is known to Middletown police and has an extensive criminal record dating back to 2008. His previous convictions include driving under the influence, criminal mischief, and assault. In 2013, a jury found him guilty of attempted strangulation.

Vice President of Operations for Middlesex Hospital David Giuffrida has stated that Ellam has no known connections with the hospital.

The Middletown Police Department is currently cooperating with other state and federal authorities, including the FBI’s New Haven Division, lead by Special Agent in Charge Patricia Ferrick. Additional police officers were also dispatched to schools in Middletown as a matter of precaution.

Middlesex Hospital has invoked temporary crisis measures, as have some other hospitals in the area. Midstate Medical Center in Meriden has set up six temporary barriers outside of its emergency room.

A number of barriers stand outside Middlesex Hospital as well, but Ellam was able to maneuver around them.

“We evacuated patients from our [emergency department] to other portions of our hospital where they will be attended to,” Giuffrida said. “Our emergency department is closed until further notice. Our Marlborough facility and our Westbrook facility are still open for business. All outpatient services at the hospital have been suspended until further notice.”

Giuffrida announced that all of Friday’s non-emergency surgeries will be cancelled and a temporary ban will be placed on visitors, which will also apply to volunteers.

Eli Solomon ’20 was among several hospital volunteers who were ordered to evacuate the premises after the incident.

“I was supposed to start my volunteering shift in the emergency room about 30 minutes after the incident,” Solomon said. “I rode my bike down to the hospital and it was surrounded by police and fire department officials…. I found the volunteer coordinator and asked what was going on and she said that a car had driven into the emergency room entrance and she just sent me home [because of the threat].”

Solomon does not know when he will be allowed to return, as the hospital has not announced how long their safety measures will be in place.

This is a developing story, and it will be updated accordingly.