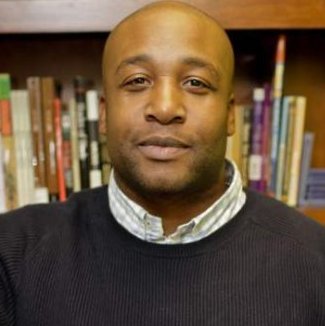 On Feb. 5, Dr. Clifton Watson joined Wesleyan as the new director of the Jewett Center for Community Partnership, succeeding Cathy Lechowicz, who left the department in October 2017. Watson, who grew up in New Haven, Conn., received a bachelor’s degree in African American studies from the University of Connecticut, a master’s degree in history from North Carolina Central University, and a doctorate in history from Fordham University. His PhD thesis centered around African American migration from the South to New Haven.

Watson has long been interested and involved in community organizations and the nonprofit sector, reflected in his work at Prep for Prep, The Princeton Center for Leadership and Grand Street Settlement, and as the director of the African American Male Initiative at the Children’s Aid Society. Most recently, he worked as the education and youth development program manager at the Fairfield County Community Foundation. As the director of the JCCP, Watson hopes to strengthen and increase student involvement in the Middletown community and increase University responsiveness to community needs. The Argus sat down with Watson to discuss the future of the JCCP.

The Argus: How did you get involved in nonprofit work?

Clifton Watson: I grew up in New Haven, Connecticut and am a product of the public school system in New Haven, and like so many other people, I was drawn to the nonprofit sector by way of a summer youth employment program. So at the time…I saw dollar signs. I was about to go off to college, I had eight weeks between being a senior and being a college freshman. And I needed to earn some money. So that was the primary appeal of getting involved in the summer camp. But when I got involved, I understood that this camp operated in a larger context, that this camp was in existence because young people who were from the inner city of New Haven needed additional academic support, needed support around their social and emotional development. I began to see this role, which was initially about earning some money over the summer, as being far more significant than I could ever imagine. It was my introduction to the intersection of a lot issues that have since become really important to me…. Here at Wesleyan, we have a similar opportunity. Students will gravitate towards opportunities in community service for a variety of reasons. Maybe because ‘hey that sounds cool!’ or ‘my friends are doing it’ or ‘I have an interest in serving meals at the food pantry’ but therein lies an opportunity to introduce students to a larger context that’s going to matter to them regardless of whatever sort of professional path they are going to take.

A: What excited you most about this position?

CW: There were a number of things that excited me. My former work was at the Fairfield County Community Foundation which has a really ambitious mission. We were really looking to close the opportunity gap across Fairfield county. My primary responsibility was overseeing the grant-making and education and youth development. And so in any given year the foundation has 60 or 70 open grants, so 60 or 70 folks that we were actually granting money to, who were working on behalf of education and youth development programs…. There were a number of other portfolios with other focus areas. There’s housing and economic development, there’s a fund for girls and young women. So taken in its totality, the foundation does a lot, and it’s looking to impact a much broader geographical space than [we are] here at Wesleyan. What excited me really was this narrow focus on student leadership development and civic engagement in a relatively small and manageable geographical space. I saw that I could really wrap my hands around it and make a really substantive impact in that way. Perhaps in a way that my impact was lost at the foundation.

A: How do you think your experience at other organizations will guide your work at Wesleyan?

CW: I still am connected to the young Clifton, the young man who was introduced to the nonprofit sector by way of a similar opportunity provided to me while I was in college. If were to reflect on where I was developmentally, and where I was at that stage in my life…. I didn’t even envision a profession in the nonprofit sector as a possibility. It was some work in New Haven that was supported by Dwight Hall, which is sort of Yale University’s counterpart to the JCCP, which introduced me to this work and the potential of having a career in this profession…. I see my role as potentially providing students at Wesleyan with a similarly transformative experience. That really excites me. And I think the opportunity to work directly with students but also really foster and maintain community partnerships on behalf of student leadership development and civic engagement is something that didn’t exist in my more recent work.

A: In what direction are you planning on taking the JCCP?

CW: I think it’s really, really important for leaders to take a period of time to listen and learn…. There’s a sort of unspoken expectation on behalf of folks who are assuming new positions that they need to do something new when they enter the space. But the Jewett Center has been here for over a decade and the programming here is exceptional. I think Wesleyan students are really seen as the example of student civic engagement and obviously, there is a really progressive culture here, and so there are tons of things that are being done really, really well and should continue to be done that way. But I am interested in…getting more Wesleyan students [involved in] the community. Right now, about ten percent [of students] are engaged civically in the greater Middletown community and we would certainly like to see more students be involved. It’s also a really exciting time because the president and provost recently released the University’s Civic Action Plan as well, and it really provided some guiding principles around how we approach civic engagement here at Wesleyan. So I think there are some opportunities to think about how we deepen that work and how we deepen the impact [of student] civic engagement. I’m interested in [addressing] more specific community needs as identified by nonprofit community partners, and thinking about the ways in which our interest in supporting civic engagement and leadership development in students intersects with some really clearly identified community needs. So much of what we do here is about building relationships with local nonprofits. And of course, students don’t have a place to develop their leadership capacity or get involved civically if there are no partners to host them. So a significant part of this work is cultivating those relationships with the nonprofit sector.

A: Tell me about the course that you’re teaching.

CW: The course is “Nonprofit Boards: Theory and Practice I” and it’s a two-part, year-long course, and I’m teaching the second half. The course really gets at the critical importance of boards; their functions in nonprofits and inevitably some of the challenges that boards encounter in this work. The students who are in this course are a part of a residency program, so they’re actually placed at a local nonprofit and assigned a board-member mentor who walks them through the functions of the board but also really provides them first-hand experience as a non-voting board member. And they’re also charged with overseeing a project at their respective nonprofits. So the course is, as its title implies, about the theory of nonprofit boards but also what it looks like practically on the ground. So there will be a lot of reflections around the projects that they’ve been assigned, also along with looking at some content that is relevant to nonprofit boards.

A: Any specific projects?

CW: I’m going to reserve any new big or bold ideas [until] after the transitional period of learning more about the work and what the staff here has identified as opportunities for the growth at the Jewett Center. But…we’re all interested in increasing the opportunities for community service for students. We want to deepen their experience once they’re involved civically…and that involves giving some thought to how people are prepared for community service. I talked about this introduction to a broader world that the summer youth employment program provided me. But there’s a way to set the table for how folks understand community service. Before you go down to the local food pantry, [you must] have the context that is so important for you to understand before you get involved in this community service project. So I think there is an opportunity for us to think about how we deepen one’s experience by way of supporting a larger educational experience within community service as well. So increasing the number of those opportunities for students and deepening their understanding of the broader context of these opportunities. Also, we want to be able measure the impact that civic engagement has on both Wesleyan students and the broader Middletown community. So moving forward—while we want to increase opportunities of student volunteerism and access to civic engagement activities—we also want to be clear on the impact these activities have on students and the residents of Middletown. We also want to be responsive to the needs that have been identified by our community partners. If there is a need for sort of additional academic enrichment opportunities for students in the Middletown public school system, we want to figure out a way to support that work in a different way. I’m excited for us to be even more responsive to community needs.