The Calderwood Seminars Come to Campus

Wesleyan recently received a multi-year grant to fund a series of Calderwood Seminars. These seminars aim to empower upperclassmen to reflect on themes central to their fields of study, synthesize their knowledge, and translate complex ideas and arguments in a way that is accessible to a broader audience.

“Students are provided with the opportunity to find their voices, whatever their major, and [consolidate] what they have learned during their college years,” Lindauer said of the program in an interview with The Wellesley News in 2014. “In the process, their self-confidence is expanding, as is an ability to give and receive criticism about their written work.”

As a result of the grant, Wesleyan—as well as Georgetown University and fellow NESCACs Amherst and Middlebury—is offering its first Calderwood Seminars this spring. 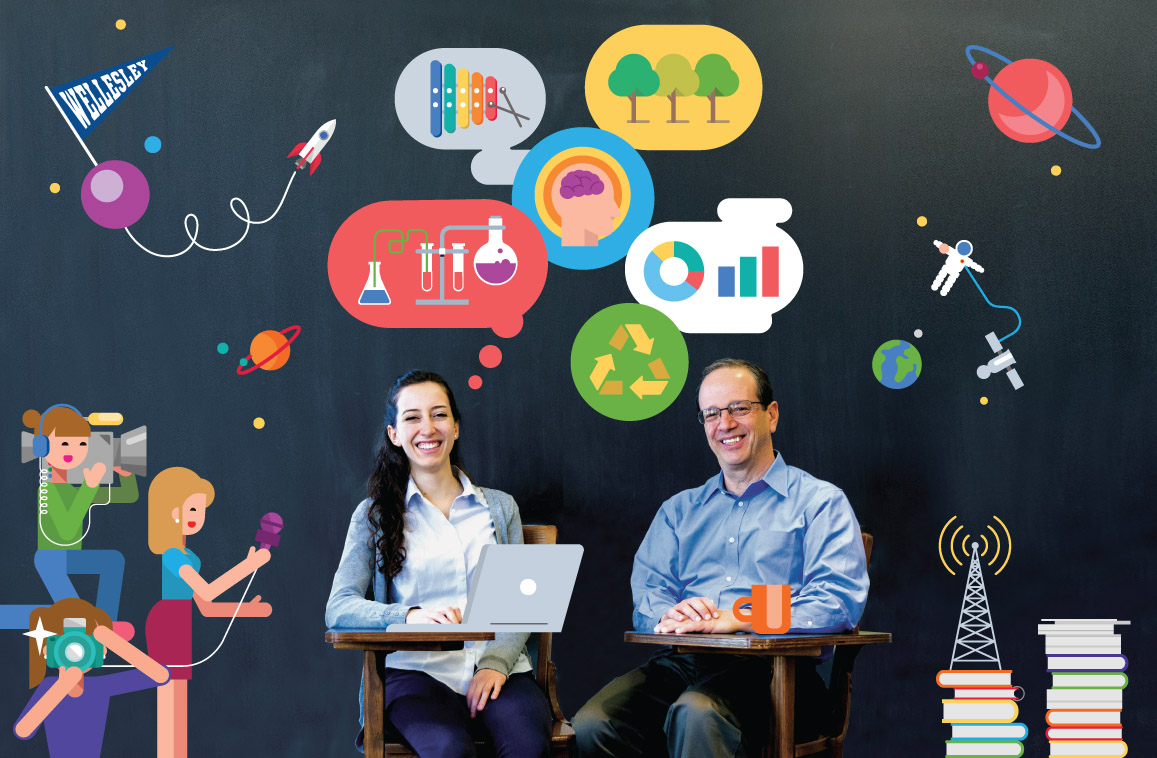 “The striking success of the Calderwood Seminars at Wellesley has been inspirational,” Professor of English and Director of Academic Writing Sean McCann said in News @ Wesleyan.

Professor McCann will be overseeing the seminars at Wesleyan, which will begin with two classes: “The Global Firm,” taught by Associate Professor of Economics Abigail Hornstein, and “Classical Studies Today,” taught by Jane A. Seney Professor of Greek Andrew Szegedy-Maszak.

Since these two seminar courses are the first to be offered at Wesleyan, they are starting small. Professor Szegedy-Maszak’s class, almost completely comprised of juniors and seniors majoring in classics or Classical Civilization, encompasses only nine students. Each week, students are asked to read selections from a variety of scholars, such as Thucydides and Plutarch, and convert the readings into a more contemporary format.

“If classical studies are to survive and thrive, they can’t be the possession of a small group of specialists,” Professor Szegedy-Maszak said of the impetus behind the seminar. “This course is meant to enable the students to talk about what they’ve studied with people like their families, their friends, prospective employers, etc. I see such communication as a crucial skill for anyone doing liberal arts.”

Hornstein’s class, which focuses on simplifying advanced economic concepts and theories into language that is less esoteric, is also small, consisting of eight senior economics majors.

“In most electives, students are taught to write academic research papers that are not necessarily accessible to outsiders and the emphasis is on the research in order to demonstrate breadth and depth of knowledge,” Professor Hornstein told News @ Wesleyan. “However, our students will likely draw on their economic training in their post-graduate careers, and they will need to be able to communicate complicated concepts simply in a way that is respectful, accessible, and relatively devoid of jargon.”

Thus, in the assignments for her class, Professor Hornstein focuses on writing for news and business media. She believes that since economic concepts permeate daily news, economists should be able to clearly and effectively communicate advanced ideas to those without a deep understanding of economic theory.

These courses, as well as all upcoming Calderwood Seminars, will count toward the Writing Certificate, allowing any student to develop proficiency in all forms of writing: creative, critical, journalistic, scientific, and the like. While there are only two seminars this semester, Provost and Vice President for Academic Affairs Joyce Jacobson reports that Wesleyan plans to offer around six seminars each year, with the goal of integrating the seminars into the regular Wesleyan Curriculum.