New Generation at Red Feather Flocks Toward the Future 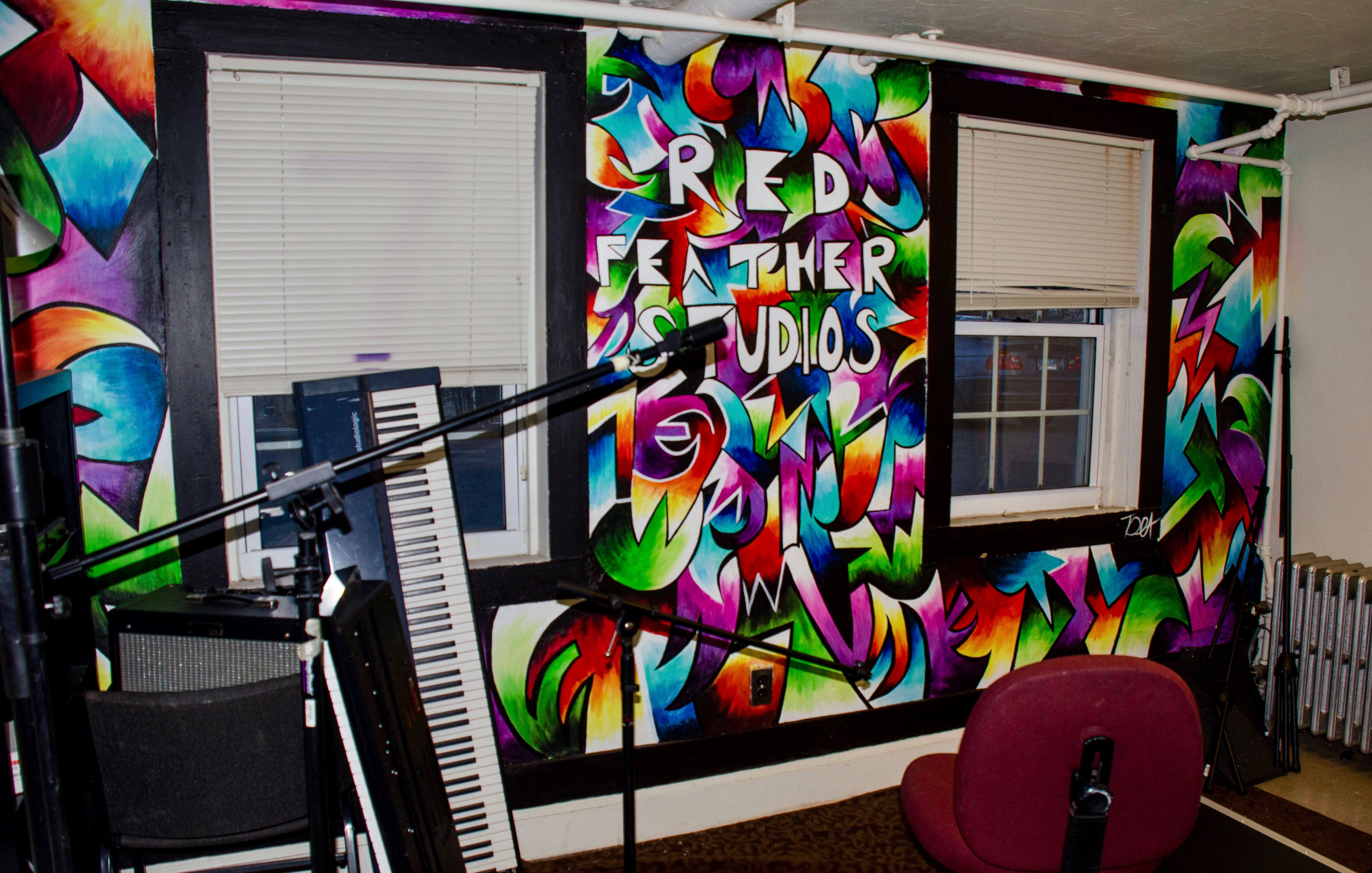 Red Feather Studios may be one of Wesleyan’s best-kept secrets. Tucked away under the stairs of the University Organizing Center (at 190 High Street), the studio has bands, rappers, and podcasters alike recording in it throughout the year, performing for trained student engineers. The tracks are then mixed and mastered by an engineer, the artist, or another involved party, and the final product is ready.

The studio, which was founded by a group of now-alumni back in 2013, is entirely student-run and accessible to the student body at no cost. Members of the administrative board and trained sound engineers also offer free instruction to anyone on campus who is interested in learning about music production. In the past few years, albums and podcasts have been recorded by various campus bands and artists.

Red Feather fills a crucial niche on campus because very little is offered academically for those interested in music production, apart from “Music, Recording, and Sound Design,” a course offered through the Music Department.

“It’s basically the only place on campus where I think you can go to develop those skills, and you just get to be hands-on about it,” noted Sam McCarthy ’20, who went through the training process earlier this year. “You learn from the training and shadowing, but you learn the most just from doing it yourself.”

Students are transformed into sound engineers after going through a brief but intense training process, which includes a thorough walkthrough at the studio and shadowing several sessions. And then the work begins.

“My first solo session, I worked with a rapper for a couple of consecutive sessions, and he was very kind because I really had no idea what I was doing,” laughed Matt Forker ’19, an administrative board member. “We got something good out of it in the end, but it was a long process.”

The administrative board works together to stay on top of everything, sharing managerial, technical, and communication duties, although each brings their own expertise to the table.

“It’s great because everyone just leans towards what they’re naturally good at, and we’re lucky to have people with a wide array of interests and skills,” said Henry Hodder ’20, another member of the board.

Participation in the organization as a whole fluctuates—especially since this is its first year of operation after all of the founders have graduated—but has had a huge boom since last year.

“Last year, by the end of the year, there were maybe six of us,” Forker said. “A lot of it was seniors who graduated [last] spring. So the people who are the core admin people right now, we became that because we were what’s left from the previous incarnation of the organization. Now, I would say we have around eight administrators—it’s probably more—and we have about 25 people who come to meetings, that’s my guesstimation.” 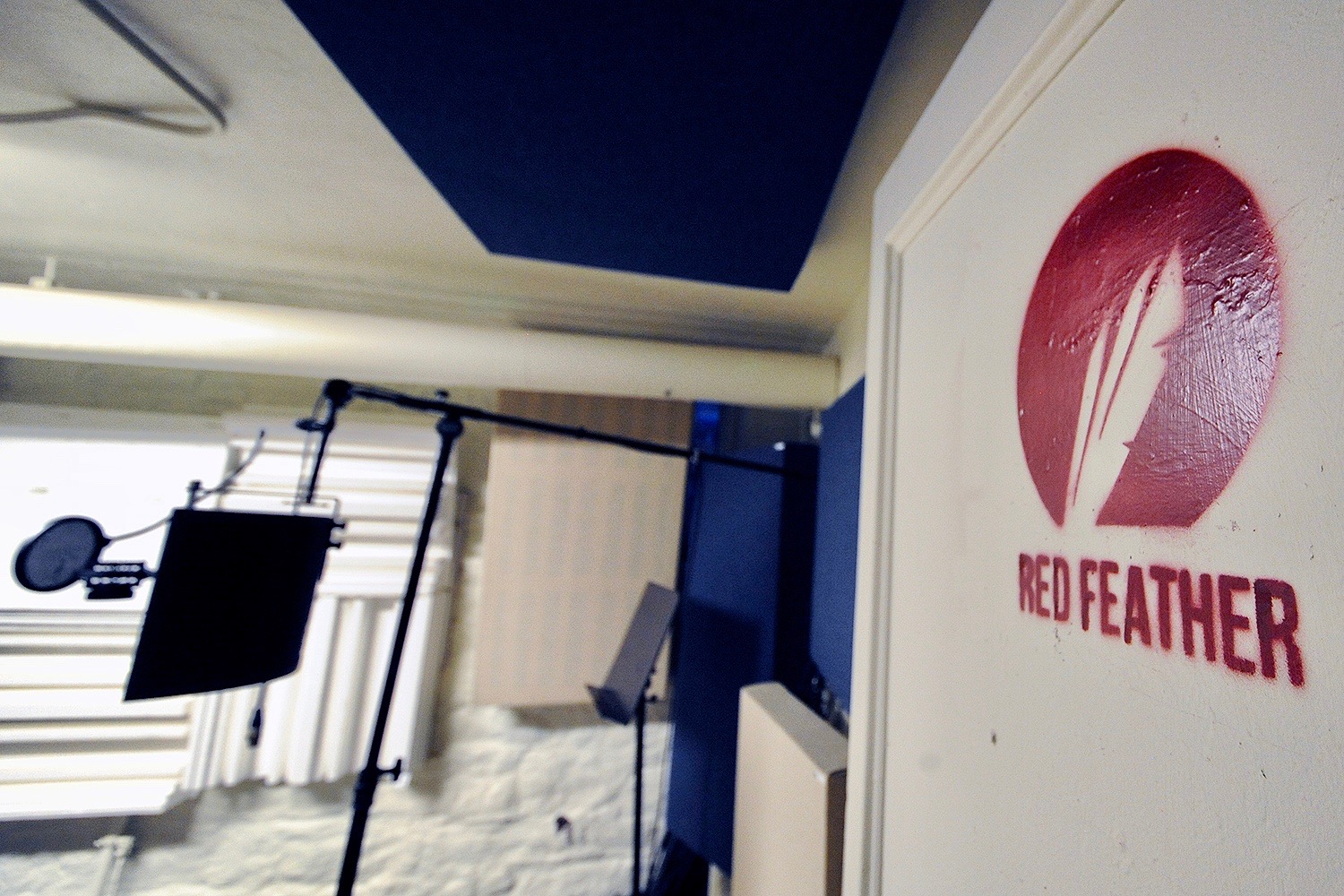 Looking to the future, there are many small improvements that the board hopes to make, such as potentially getting new rugs and furniture with Student Budget Committee (SBC) funding. Thinking bigger, board member Kelsey Gordon ’18 wants to keep increasing the diversity of the engineers and members.

“One thing that we’ve been trying to do is recruit more women and non-male-identifying people to our organization because it is such a male-dominated thing,” Gordon said. “It’s such an intimidating thing, especially when you’re in a room with all guys.”

“There are issues all through music with inclusiveness, but especially in production,” Hodder said. “There are hardly any female producers…. Kelsey and Allison [Battinelli ’19], especially, have done such a great job making [Red Feather] a space that, hopefully, women feel comfortable in.”

Gordon noted that it’s also difficult for low-income students to get involved with Red Feather due to the time commitment that engineering requires—for no pay.

“The WSA actually has a stipend project that they’re doing—a pilot program—that provides a stipend for people who are part of our organization, and a couple of others,” Gordon said excitedly. “So we’re hoping to move towards definitely work-study students being paid for their work, as well as potentially engineers in general.”

Forker and Gordon both expressed a desire to move locations, citing both the upkeep of the building and the acoustic disadvantages of the space.

“The [University Organizing Center] in general is just not taken care of, well enough, by the University,” Gordon noted.

“At the end of the day, those rooms are small, concrete rectangles, and that’s the worst possible environment for an acoustic studio,” Forker added. “But space on this campus is so hard to come by.”

At the end of the day, Red Feather is a site of production, in every sense of the word. The albums, podcasts, and hip-hop tracks that come out of the studio are a high-quality sound that highlight students’ talents, and satisfy the engineers who helped them.

“Your job is to make the artist feel comfortable to make sure they perform their best, because you can set up perfectly, have amazing gear, but there’s no button on the machine for a good performance,” Forker said. “The artist has to feel good, they have to feel at home, so they can be confident.”

“It’s more intimate than simply performing because, when you’re recording, it’s permanent,” added Gordon. “I love creation…. I love seeing something that I put a lot of work into being a final product that other people can see and enjoy.”