Koeppel Fellow Daley Reflects on Past and Future of Journalism 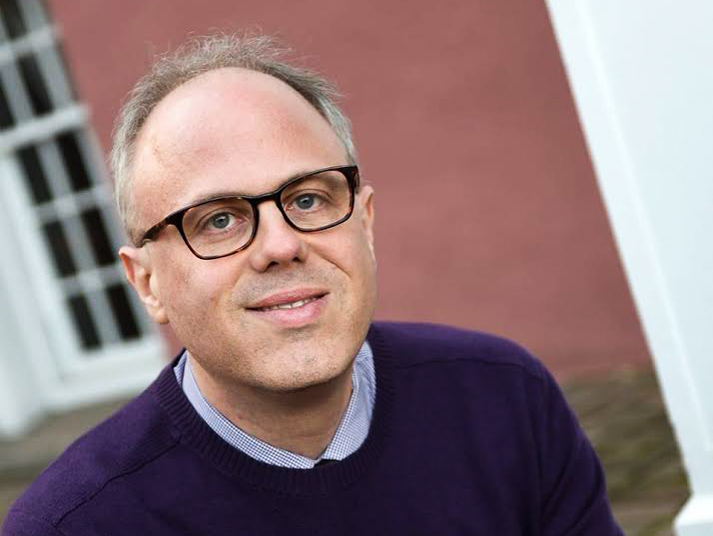 When Koeppel Journalism Fellow David Daley graduated from college and entered the workforce, he had a clear idea of what being a writer would entail. He was attracted to the idea that, as a journalist, he could make a tangible impact on politics, that his voice could matter. But as he gained success writing for publications such as The New Yorker, The Atlantic, and Salon, the very notion of what it meant to be a writer began to change. When he became editor-in-chief of Salon, a position he held from 2013 to 2015, it changed even more.

This semester, Daley is teaching “Writing Reality: Journalism in the Age of Trump” to explore the ways in which news media has changed in the last several years and how Trump has stimulated the rise of partisan journalism. While being a writer today may mean something very different from what it did 20 years ago, Daley hopes that there may be a way to reconcile journalistic integrity with the rapidly changing nature of news itself.

“When I started at Salon, there was no such thing as a social media editor, and by the time I left, we were tweeting every 7 minutes, 24 hours a day,” Daley said.

No one has been impervious to this rapid transition. People who once read the paper religiously now rely on Facebook to keep up with current events. People who once watched the nightly news now have CNN notifications on their phones to update them about the most important stories. And the increasing convenience and frequency of news has changed more than just how we access it. It has changed the content itself.

“I was completely drawn in by the idea of a detective story behind regular people, young reporters who could piece together a story that would take down a president,” Daley said of his early interest in journalism. “The idea of collecting information that people needed and didn’t have and bringing it to them [made] journalism seem like the most exciting and noble calling in the world.”

It is challenging, however, to pursue such a calling when information no longer feels concrete. A deep division exists between people of different political persuasions not simply because they have opposing viewpoints, but because they are being fed different information.

“We’re in a time where everyone has got a completely distinct set of facts that they’re working from,” Daley explained. “We’re all getting our information from such completely different places that we see the world in completely different ways. We have our own distinct national narratives…. It creates a real challenge to be a journalist and to be a citizen these days.”

While the disintegration of a single national narrative has certainly created challenges for Daley and other political journalists, he believes that the end of such a narrative is ultimately a good thing.

“The days of a single national narrative are over, and they probably should be,” he said. “We don’t have one national narrative. Those national narratives left out lots of stories and lots of voices and were horribly incomplete. But it has been a long time since the news has been this partisan, and it creates challenges for our country trying to plot a course forward if we can’t all talk to one another…. It creates challenges for journalists who are trying to…get to the facts and get to the truth at a time when there are so many different competing versions of it.”

“For those of us who were really critical of the idea of an objective news media, who thought that objectivity is impossible and we ought to be more open and honest and partisan about things, and who recognized that there were all sorts of hidden bias in every news story, [we had] reason to be hopeful that a more partisan press would be a slightly more honest press,” he explained. “But I don’t think what any of us saw was that we would live in completely different silos as a result and then become completely unable to talk to each other beyond yelling ‘fake news.’”

The unlimited capacity of the Internet has forced news outlets to prioritize catchy headlines and appealing photos in order to draw in readers and likes. Journalists have likewise become preoccupied with the consumer as opposed to the content, thus changing the way news is both created and consumed and accelerating the partisan divisions in media.

“The entry-level jobs that people are more likely to get now are those social media jobs or are aggregating stories,” Daley said. “Finding the news inside somebody else’s story, and packaging it with a catchy headline, and setting it up well for social media…I think we have to be aware of what’s good and bad about all of that. But these jobs are different, the skill sets are different, the content is different. It’s hard to know what work is making an impact, and what work isn’t, and there’s just so much content…. Sometimes you wish you could slow it all down and actually take some of it in.”

Despite his criticisms and concerns about the rapidly changing nature of media, Daley believes that a lot of important journalistic work is being done right now. But since this work is being done in partisan information bubbles, it hasn’t managed to spark the kind of discussions that he thinks need to happen.

“In many ways, this is a tremendous golden age of journalism, digital and otherwise,” Daley said. “All these places [are] doing very sophisticated storytelling…. Voices have been amplified as a result of the internet, [voices] that weren’t as listened to in the age of the big legacy newspapers. There’s amazing work going on, but this is also being done…within this deeply…partisan, polarized context.”

Daley does not claim to have any concrete solutions to the issues that a divided media has created but sees open communication as a crucial tool in the United States’ effort to move forward.

“It’s a complicated time,” he admitted. “I don’t completely know how we emerge from this moment and begin the painful act of talking to one another again. I know we have to. It’s hard for me to see where this stops and how we get back on track.”

Concrete solutions are hard to come by and perhaps are not the point. Daley hopes the course will encourage students to look at their own consumption of news through a broader lens, helping them to be critical of their role in the ever-changing landscape of journalism, as both creators and consumers.

“I hope that we can all become better and more critical readers,” Daley said. “I hope that we come away with a better understanding of the importance of media in framing our reality, and just how twisted and bifurcated that has become in recent years. And that we understand the challenges that that creates for a representative democracy and perhaps begin to start talking about how we fix it and where we go from here.”