Ignore the Noise: The Patriot Way

On a January night during winter break, my phone vibrated in my pocket. I assumed the notification would read the result of the Celtics or Bruins game that night. Instead, the words on the screen only conveyed one thing: noise.

The BleacherReport notification stated that an ESPN article would be published the following day that could ensure the beginning of the end for the greatest sports dynasty of the 21st century. Sure enough, I checked the ESPN website at 6 a.m. the next morning on my way into Boston for a rowing workout, and Seth Wickersham’s “The Beginning of the End for the New England Patriots?” article was front page news.

I quickly scrolled through the article because I knew every single sentence would be dissected by the media for quite some time. The article read like a gossip magazine, which is expected of ESPN nowadays. Wickersham’s piece quite frankly painted Tom Brady as a sensitive drama queen for feeling threatened by backup Jimmy Garoppolo’s encroachment on his starting quarterback spot, in addition to not receiving Patriot of the Week honors given out by Coach Belichick ’75 after games. This article was posted a few weeks after news broke of Belichick banning Brady’s personal trainer, Alex Guerrero, from team-related activities.

The article further trashed Brady by stating that he went directly to owner Robert Kraft to demand the trade of Garoppolo, so he could feel some sense of job security. Of course, the media used this as fodder. ESPN First Take’s Max Kellerman, a man who has prophesied multiple times how Brady will fall off a cliff in the near future, took another jab at Brady, confirming that his time was up. The story traveled through homes all across the world as it was broadcasted not only on sports stations, but on national evening news programs as well. The story appeared to infiltrate everywhere except 1 Patriot Place in Foxboro, Mass. Brady, Belichick, and Kraft released a joint statement denying any rift.

Noise like this is nothing new for the Patriots. As people try to downplay the Pats’ success, they reference the Tuck Rule, “Spygate”, “Deflategate”, the refs, and now “Egogate.” Football fans across the country claim the Patriots cheat in order to win. Still, the Patriots continue to prove them wrong. After the Tuck Rule game against the Raiders in 2002, the Patriots went on to win three Super Bowls in four years.

After Spygate and Deflategate, they added two more Lombardi Trophies to their collection and are looking for a third in Minneapolis on Sunday. In 2015, ESPN’s Chris Mortensen incorrectly tweeted that 11 of the 12 footballs were underinflated during the AFC championship game, spurring the conspiracy Deflategate. Mortensen delayed taking down his tweet, even after he knew he was wrong.

ESPN and the media have continued to come after the Patriots in order to knock them down. Again, people like Max Kellerman and angry social media enthusiasts will say that they hate the Patriots 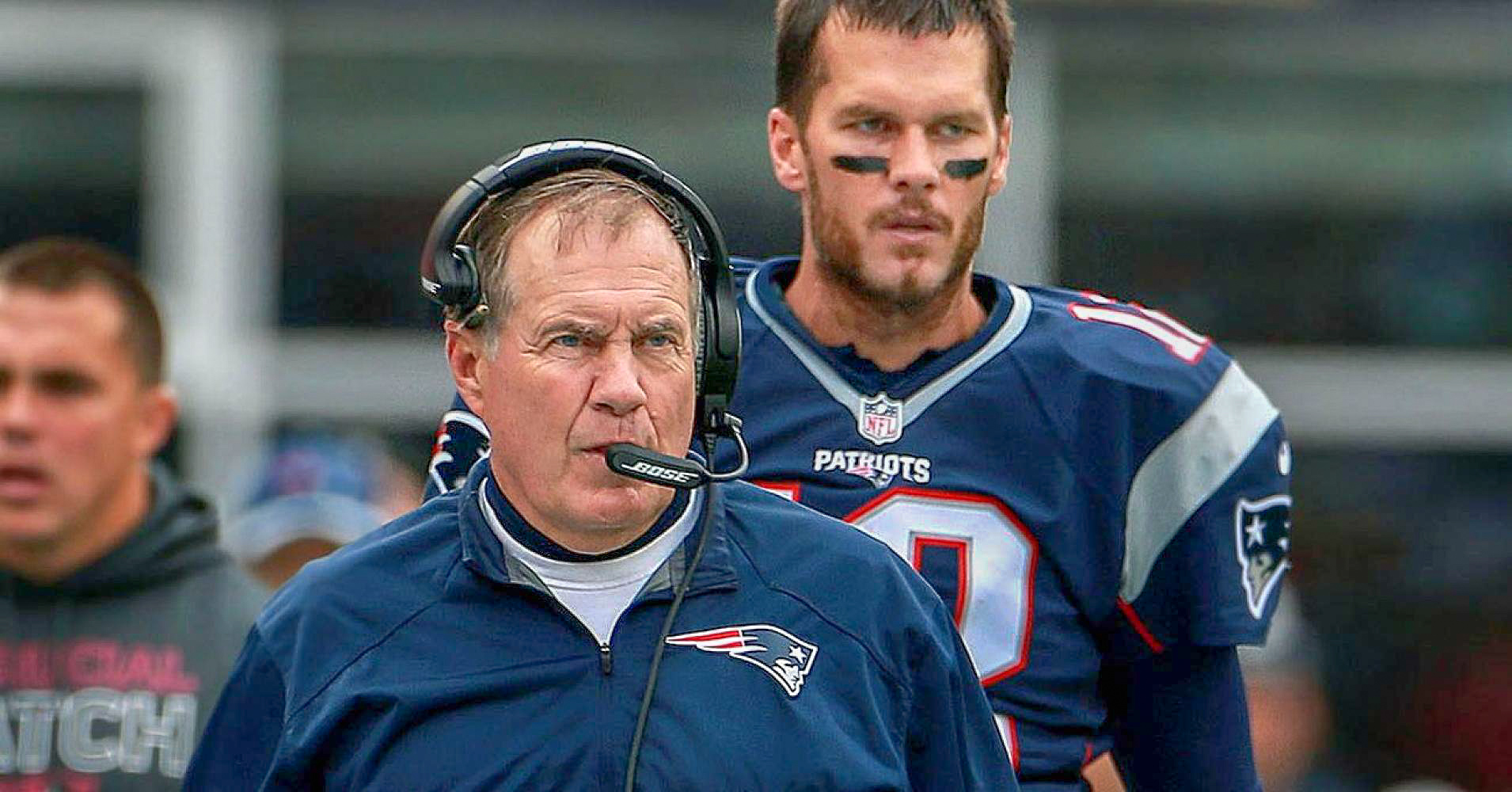 because they cheat. In reality, they hate the Patriots because they’re good. The team has been marred by injuries this year, and yet, they’ve made it to yet another Super Bowl. Middle linebacker Dont’e Hightower’s injury crushed the defense earlier in the year. His strip sack of Matt Ryan in the fourth quarter of the Super Bowl was one of the reasons the Patriots went on to win. Julian Edelman, another Super Bowl 51 hero, tore his knee up in a preseason game this year against the Lions. The Patriots starting linebackers now are Kyle Van Noy, Marquis Flowers, and Elandon Roberts. You may be asking, who are these guys? Exactly. This is the Patriot Way. They ignore the noise from the outside, do their job, and employ a next-man-up mentality.

It’s been a while since the last Tom Brady Invitational, about 365 days, give or take. As we head into the Big Game this weekend, we will be reminded that the world doesn’t like Patriots fans, and I don’t blame them. Patrick McGillicuddy, an alias for a sixteen-year-old Boston sports fan, goes to every Boston championship parade with a sign saying how many of these parades he has been to. In most of his photos, he’s barely smiling, almost like it’s an obligation for him to attend these things.

I’ll admit, that’s pretty cocky. It’s a luxury we forget about. We simply don’t remember the days before Brady and Belichick. The only truly notable receiver the Patriots have had was Randy Moss, and Brady only had him for a couple of seasons. Brady instead made receivers Troy Brown, Wes Welker, Julian Edelman, and Danny Amendola, all of whom are under six feet tall, look like Jerry Rice throughout their careers. That’s the Patriots Way. They do not need superstar talent to win year in and year out.

In an interview on Barstool’s “Pardon My Take,” Chris Simms, son of Phil Simms and former NFL quarterback, shared his experiences of working for the Patriots coaching staff during the 2012 season. For each play, Belichick made him fill out 30 details of that play on a spreadsheet. There are, on average, 71 plays in a game, which means that Simms had to make approximately 2,130 entries per game. When Simms’ other coaching friends asked him what tricks the Patriots employ to win year in and year out, they wouldn’t believe his answer: hard work. There’s a reason why Belichick’s coaching tree is so successful, and the majority of his assistants are groomed through his system. It’s because of the Patriot Way. They do their job.

Sunday could bring Belichick and Brady their sixth Super Bowl win together, or it could give Philly its first. As you look at social media this week, and read all the people crying out against the Patriots, understand that it’s not because they think the Patriots cheat, it’s because they wish they were the Pats. Ignore the noise. It’s the Patriot Way.

Andrew Martin can be reached at akmartin@wesleyan.edu