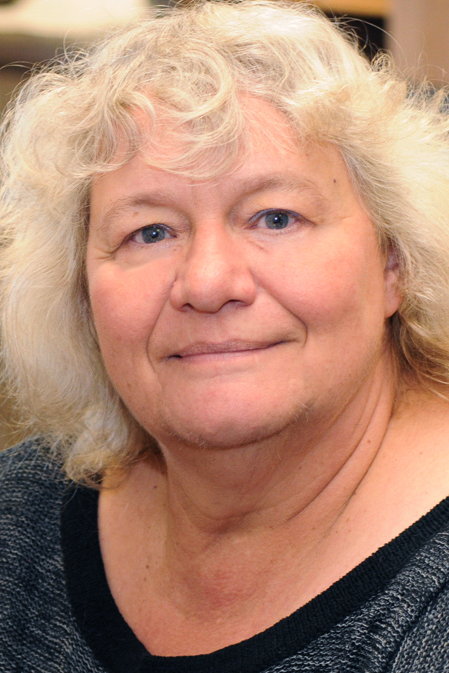 Professor Collins arrived at the University in the fall of 1986 after earning her B.A. from Smith College and her Ph.D. from the Massachusetts Institute of Technology. Collins served as a member of the committee for the Discrete Mathematics Days of the Northeast and has served as both vice-chair and chair of the Society of Industrial and Applied Mathematics Discrete Mathematics Activity group.

At the University, she has taught mathematics across a wide range of levels, such as calculus, graph theory, linear algebra, abstract algebra, multivariable calculus, discrete math, and numerous graduate courses. Collins also served on the Review and Appeals Board, the Faculty Committee on Rights and Responsibilities, the Faculty Executive Committee, and as the chair of her department. Nevertheless, one of her favorite aspects of her time here has been creating a collage of photographs in her office.

“The thing I’m happiest about is that I decided to start this wall of photographs,” Collins said in an interview with The Argus. “I wish I had thought of doing that sooner because I only decided to start it recently. At the end of the class on the last day, I like to take a picture of me in the class. I realized I could put them all on my wall, and I would love to have it filled up with pictures of me and my students.”

“That’s one of the things I really like about math,” she said. “It’s kind of like, I am not as good at making a simple thing complicated, but I am good at taking a complicated thing and making it simple.”

Professor Thomas came to the University in 1984 after earning her B.S., M.S., and Ph.D. from the University of Utrecht, Netherlands. She has received the 2016 Brady Medal from the Micropalaeontological Society, the 2013 Professional Excellence Award from the Association for Women Geoscientists, and the 2012 Maurice Ewing Medal from the American Geophysical Union and Ocean Naval Research. Thomas is also a Fellow of the American Geophysical Union and the American Association for the Advancement of Science.

At the University, Collins teaches Earth and Environmental Sciences within the College of Integrative Sciences. Her research focuses on benthic foraminifera (eukaryotic unicellular organisms) as proxies for the impact of changes in the environment and climate on living organisms on varying time scales, ranging from millions of years to decades. Her courses for this spring are Research Frontiers Sciences II and Mass Extinctions in the Oceans.

“I enjoy sharing knowledge on topics about which I care (e.g., life in the oceans) with students,” Thomas wrote in an email to the Argus. “I particularly enjoy it when students who are just taking a non-science major class to get the credit actually become interested in the material, and share some of my enthusiasm for the topic of the class.”