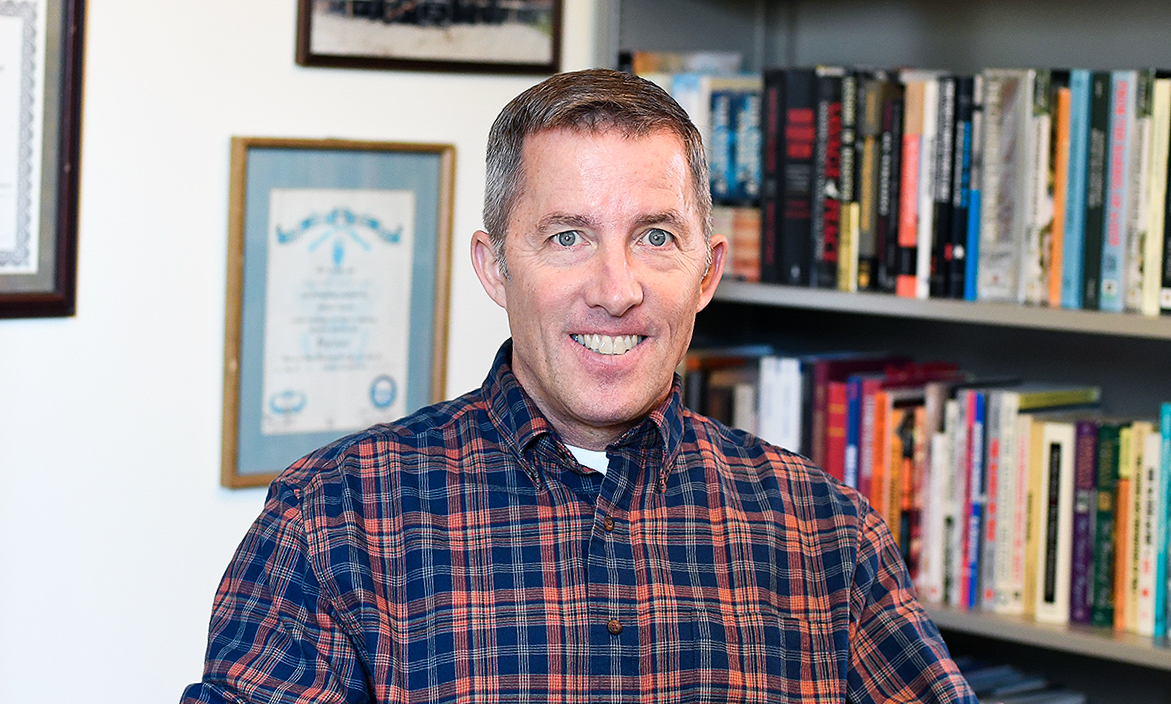 Before finding himself at Wesleyan, Col. Robert Cassidy spent over 30 years in the military, serving in combat and contingencies in Grenada, Haiti, Iraq, and Afghanistan. He held various positions including special assistant to senior commanders in Afghanistan, director of assessments for a special operations task force, battalion commander in Kuwait, and squadron executive officer in the 4th Infantry Division. In 2016, Cassidy became the first Retired Military Officer Teaching Fellow at Wesleyan. The Argus sat down with Cassidy to talk about his role on campus and his journey from the Middle East to Middletown.

The Argus: What is your role as a teaching fellow?

Bob Cassidy: My purpose is to bridge any real or perceived gaps in knowledge between the students and faculty here…. There hasn’t been a faculty member like me before…a retired military officer who had some academic credentials. [I’m part of] the Chamberlain Project, which is named after Joshua Lawrence Chamberlain, who was a professor of rhetoric at Bowdoin College…. He was a blend of academic at Bowdoin, which is a college not unlike Wesleyan, and a guy who served in the Civil War.

A: What are your academic interests? Are there any books that you think everyone should read?

BC: My interests are history, national security, international relations. My knowledge is the focus on strategy and policy in military history, and how countries managed to do policy and strategy in war. Unfortunately, war is not going away…. If you study the history of this country, the national security studies part of it and the strategy part of it, we haven’t acquitted ourselves. There are a lot of books in my course that I think people would benefit from reading. I designed the course to fulfill the purpose of the fellowship.

When I was writing my letter of interest, I said I thought it would interesting to expose students to relations between senior civilian leaders and senior military leaders, and how they interact…. [In my class], we start with the military relations piece of it, and the book I’d recommend is kind of dense. It’s Huntington’s “The Soldier and the State,” a seminal work of 1957 on how senior civilian leaders relate to senior military leaders…. There are a number of works on the Vietnam War that we use, like “Lessons in Disaster.” That’s readable; it’s 230 pages and really focuses on McGeorge Buddy, the national security advisor during the Kennedy and Johnson administrations. Then there’s a book called “War and Politics” by Bernard Brody, who was a seminal scholar in the area during the seventies, but his work is still relevant. We study how the outcome of the Vietnam War influenced civilian practitioners and military officers perceive why we failed in Vietnam.… That led to the Weinberger-Powell Doctrine, which in a simplified form, states, “follow this set of principles if you go to war, and you’ll never do Vietnam again, you’ll never do Somalia, you’ll never do anything but a conventional war like the Persian Gulf War or like World War II.”

A: How does commanding troops compare to teaching students?

BC: Wow, that’s a good question. I think it’s similar, because it’s about leading, and it’s all about influence, and being positive, and animated, and being interested in how the students are doing. It’s the same thing with leading troops. You’re leading not by dictating, not by prescribing, but by influencing…. My last command I was in charge of a battalion that oversaw all the support and training the people in the central command: around 1100 people, seven generals, 43 colonels. So it wasn’t about confrontation, it was about influence and being positive. I think the classroom is like that. If you’re teaching in a way that gets the students excited, then you’re leading.

A: How do you think you contribute to the community as far as bringing a new and different perspective?

BC: First of all, I’m a little bit different than a host of my colleagues. I bring an insight from someone who served for a long time in the military but also studied. I’m candid, and I’ve already had some positive experiences speaking to the general student population. In the Olin Reading Room, we had about 70 students for a talk. I did this because you can only have so many people in one seminar per semester…so I make myself available to step into other people’s classrooms. I provide insights that are candid, and I’m confident that those discussions will bring new insights to all of us.

A: How have students reacted to your ideas? Do you think you’ve changed any minds, or have you found yourself met with opposition?

BC: I’ve had some good, hard questions in some of the forums, but they were factual, and I love a good counter-argument. I’m kind of a counter-argument to someone who may have a perspective that diverges from my perspective, and that’s good. We’re all talking together, and when I make an argument, it’s factual, but there may be some compelling counter-arguments. If there’s not a counter-argument, we have a problem. If we’re all thinking the same thing, then no one’s learning. That’s why I think the more diversity and heterogeneity you can bring to any set of faculty or population creates a more rewarding experience for everybody.