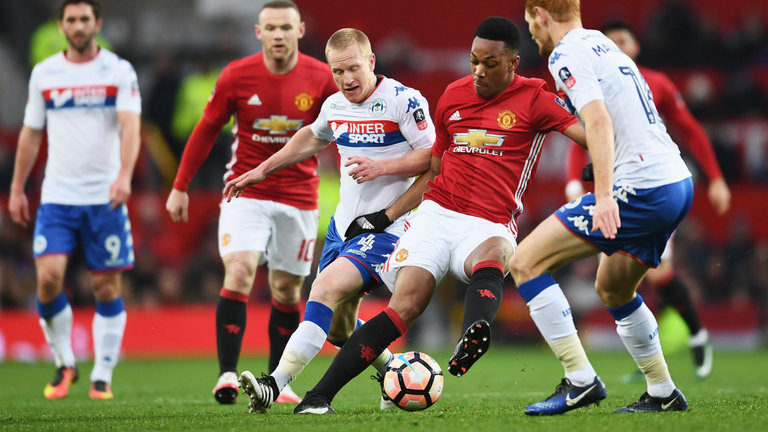 We are just entering December, and European soccer is in full swing. Going into the season, a slew of record-breaking transfers has changed the landscape of all five major leagues and the international community. Let’s take a look.

In England, the English Premier League has gotten off to a familiar start, with an undefeated Manchester City sitting eight points clear at the top of the table. Manchester United holds second and Chelsea follows behind in third. Because of their hot start and formidable league success, most of the talk has been around manager Pep Guardiola’s Man City team. Some suggest that they may be the best in Europe right now. There is certainly a strong case for this assertion, with a deep bench in terms of attacking options, and Belgian Midfielder Kevin De Bruyne performing like one of the best players in the world.

While Arsenal started the season at the hand of two separate 5-0 thrashings, they appear to be back on form, currently sitting at fourth. Tottenham has tumbled down to seventh after losing to Leicester City, despite dominating possession and leading in shots. However, if their recent 3-1 win against Real Madrid is any indication, they should be fine in the coming months.

Meanwhile, in Spain, three teams stand undefeated. Barcelona remains just four points ahead of second-place Valencia, who they played over the weekend. Atletico Madrid occupies third place with seven wins and six draws. Barcelona’s success comes with some surprise, given the departure of Neymar over the summer and Ousmane Dembele succumbing to injury. This is to the dismay of their El Clasico rivals Real Madrid, who sit in an unfamiliar fourth place. Their time thus far has been marked by poor form from star Cristiano Ronaldo and Karim Benzema. For the first time under manager Zinedine Zidane’s spell, Los Blancos lost two games in a row to Girona and Tottenham. Perhaps this skid has been a result of poor luck, as they have lost and drawn games where they clearly outperformed their opponents. However, with Alvaro Morata leaving last summer to Chelsea, Real Madrid will have to rely on two of their attacking stars to re-emerge.

Paris Saint-Germain has dominated the French Ligue 1 season so far, with the new attacking combination of Kyllian Mbappe, Edinson Cavani, and Neymar, who was signed over the summer, proving to be a frightening force. They are also filled with previously unforeseen riches, with Julian Draxler and Angel Di Maris coming off the bench. With strengths of these new places, they seem to be a lock for the domestic title this season and a potential frontrunner to win the UEFA Champions League.  Monaco, the defending champions, appear to be missing the talent they lost over the summer. They’ve fallen to fourth place and are currently sitting last in their Champions’ League group, despite the presence of young stars Thomas Lemar and Youri Tielemans.

At the top of the Bundesliga in Germany, the familiar foe, Bayern Munich, still sits on top, but only with a three-point lead over second place RB Leipzig. While Bayern seemed doomed at the beginning of the season, the firing of manager Carlo Ancelotti and return of legend manager Jupp Heynckes has flipped the team around. In the Ruhr area, the two perennial rivals Schalke and Borussia Dortmund recently played through a 4-4 thriller. Dortmund scored all of their first-half goals, only to have Schalke come back and score all of their goals in the second. Schalke has made their way to third in the league, outperforming themselves from a paltry 10th place finish last year. Meanwhile, Dortmund has been a disappointment domestically and in the Champions League, unexpectedly lacking form.

Perhaps the most interesting league to watch right now, Italy’s Serie A, has Napoli at the top of the league, two points ahead of Inter Milan and four ahead of Juventus. For Napoli, this is a long time coming given their previous finishes. The performance of the two Milan teams, however, has surprised many. The following two years have been difficult for AC Milan and Inter, both of which enjoyed considerable success at the turn of the last decade. For many, AC Milan’s 230 million Euro summer signing spree, including defensive stalwart Leonardo Bonucci, would be the mark of their return to dominance. However, they are still sitting in mediocrity, currently in seventh place. Meanwhile, cross-town rivals Inter, who had signed manager Luciano Spalletti over the summer, have surpassed all expectations and should expect to play Champions League Football.