Volume 7 of “Saga” is Earth-Shatteringly Beautiful 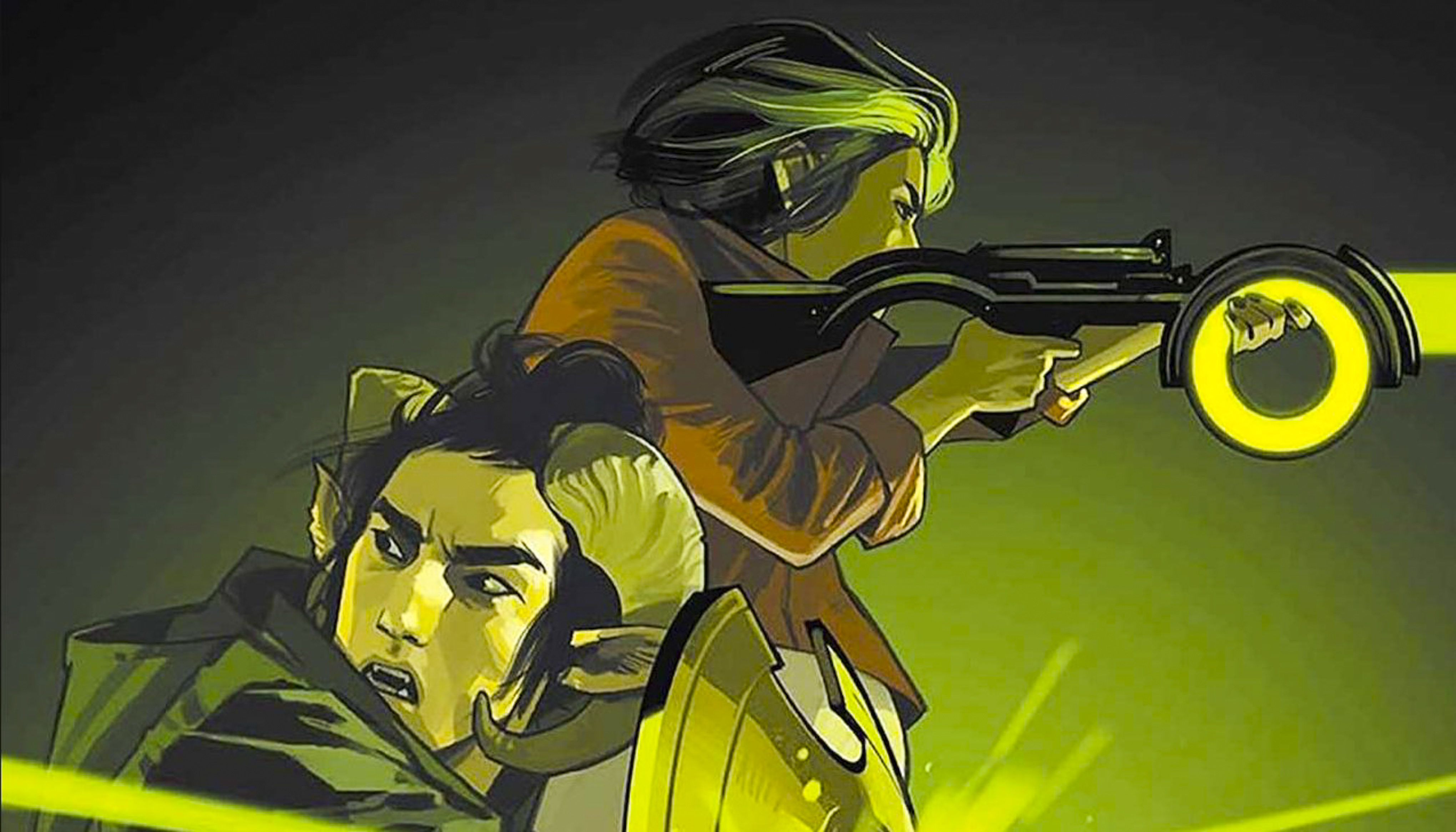 I started and finished Volume 7 of the graphic novel series Saga while on a plane from LAX to Chicago O’Hare. Embarrassingly, I cried twice—quite publicly—while reading it. I should have expected this going into the novel, I suppose, as the series tends to pack an emotional punch, but I don’t think I could have prepared myself emotionally for this specific issue. It was an utterly overwhelming read. Even thinking about it now leaves me teary-eyed.

There’s more to “Saga” than just its tendency to get me sobbing, of course. Written by the writer/artist team of Brian K. Vaughan and Fiona Staples, “Saga” is a fantasy-sci-fi-romance-space-bildungsroman graphic novel series that chronicles the lives of Marco and Alana, and their child, Hazel. So far, the series contains seven volumes of 42 chapters, and the most recent, Volume 7, came out this year. The series is held in very high esteem in the comic world—the writing is viewed as pioneering and profound, the artwork inventive and intricate.

Marco and Alana are no ordinary couple. Marco hails from Wreath, a moon orbiting Alana’s planet, Landfall. This moon and planet system are locked in an intergalactic and intergenerational battle that has the rest of the galaxy taking sides. It is, in essence, the war to end all wars. The battle is excised to other planets and battlegrounds so that no place in the galaxy is entirely safe and everyone has a stake. Marco and Alana’s relationship—and their child, who has the horns of Marco’s people and the wings of Alana’s—is treason, and as such, they are hunted from both sides. “Saga” is their fight for the right to exist as a family.

The story of love versus war is perhaps time-worn, but it never gets old in this series. Marco and Alana are constantly in battle with external forces, as well as internal ones, and the series takes care to provide motivations for all parties involved. We are given a number of individuals and groups playing roles minor and significant, from mercenaries hired to kill Marco and Alana to a race of blue-blooded computer-headed beings allied with Landfallians to journalists fighting to find out the truth and stay alive.

A diverse group of characters in terms of race, gender, and species, is captured with the visual and emotional scope that only a graphic novel space series can achieve. The series is a gorgeous concoction of beautifully written and thoughtfully designed characters, their interlacing stories weaving a tale that whips readers across the galaxy.

And these graphic novels are freaking intense. Characters you despise at first come to be your most beloved, while others betray you at the most unexpected moments. No one is safe from the hand of death. I’ve found myself shouting “No!” in Olin Library on multiple occasions, after flipping a page and encountering an image that rips the air from my lungs.

Some of the best—and most tragic—tales are the more minor ones. A mercenary character named The Will, who appears in the beginning of the series on a hunt to kill Marco and Alana, becomes one of the most endearing characters. His lover, a pale, blonde, armless woman with the abdomen of a spider, is (spoiler alert!) shot and killed quite early in the series, and The Will’s utter devastation is revealed through his attempts to hide it. Later in the series, we encounter the journalistic duo of Upsher and Doff trying to break an intergalactic story about Marco and Alana, while themselves fighting for a life together on a homophobic planet. Funny and troubling, brave and abhorrent, the characters strewn throughout these pages are what bring the series to life.

And what brings the characters to life is the intricate combination of Staples’ artwork and Vaughn’s writing. The images are utterly gorgeous, even (and perhaps especially) when they’re at their most grotesque. Colors whirl on the pages. Often, the most remarkable panels are made up of a series of a character’s varying expressions, completely lacking text. I find myself scrutinizing certain images for full minutes. There is something so powerful about seeing a character’s face fall when they realize a loved one is gone forever, or light up when they find someone they haven’t set eyes on in a decade. This, to me, demonstrates the value of graphic novels rather than solely textual pieces. The images don’t just bring the story to life—they are the story.

Volume 7 takes a darker turn from the chapters before it. Upsher and Doff, who had a starring role in Volume 6, are entirely absent. Much of the volume is devoted to exploring the journey of Marco’s first love, Gwendolyn, who has on multiple occasions tried her very best to murder Marco and his family. Rather than test the strength of Marco and Alana’s relationship, which has been done frequently throughout the previous books, this volume prefers to throw external forces their way, like the destruction of a planet and a two-headed mercenary on the hunt to kill. New alliances are formed and then torn. Important characters die. And the most emotional part of the book is the final five pages, which are entirely black, with no text or artwork. There is something so deeply unsettling in ending a graphic novel with page after page of darkness.

And yet, only in a graphic novel series can a blank page devoid of artwork mean so much. This is the power of “Saga:” to push and pull at you, to engross you, to suck you into its world. I feel trapped, sometimes, within the pages of this series. I’m in deep. I anxiously await the next volume, and can only hope it affects me in the profound way the others have. But I expect it will.

Emmy Hughes can be reached at ebhughes@wesleyan.edu and on Twitter as @spacelover20.