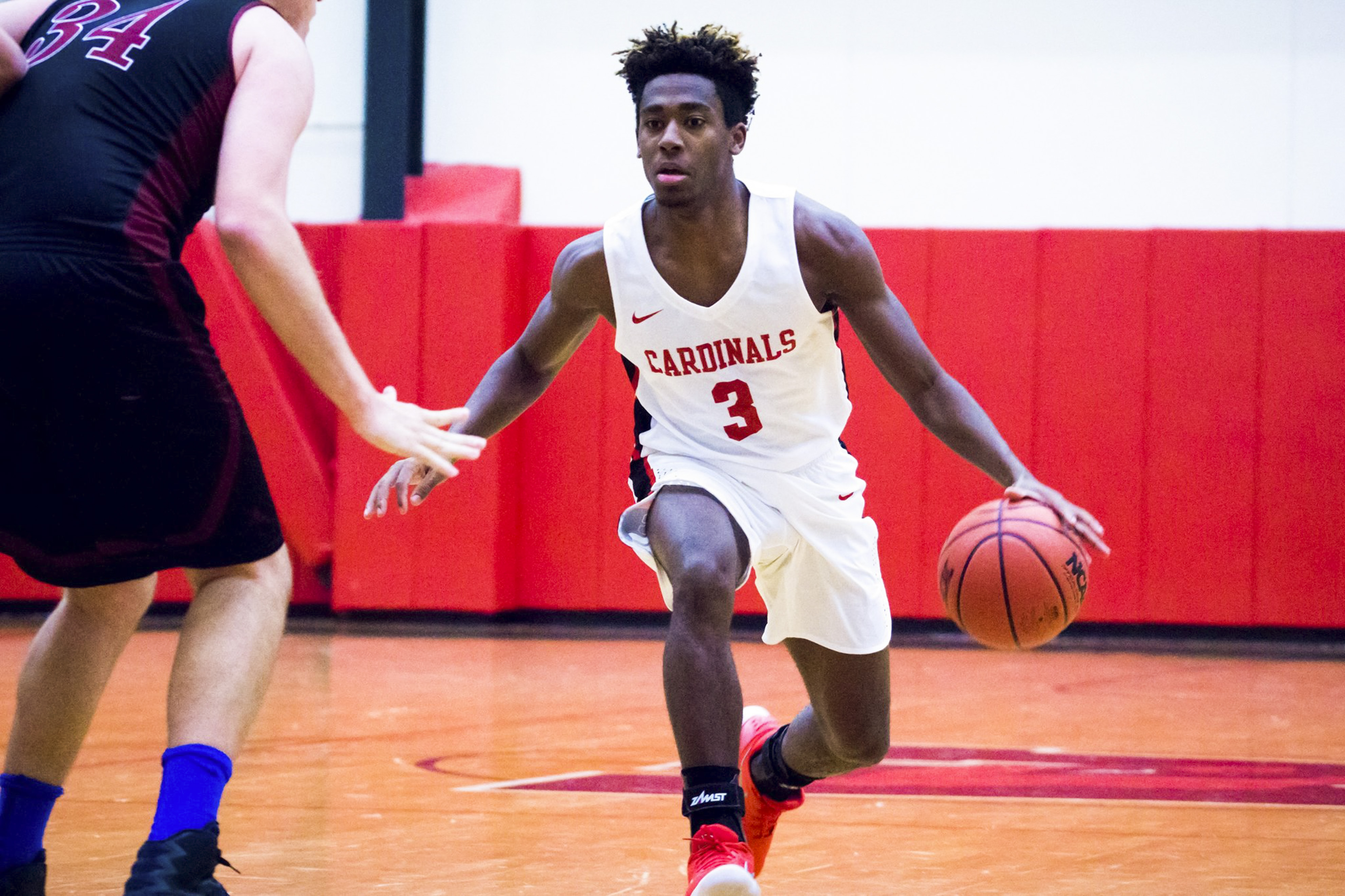 The Wesleyan men’s basketball team is off to a dominant start this season after resoundingly defeating their first four opponents by an average of 28 points per game. Taking care of business at home during the Herb Kenny Tip-Off Tournament, the Cards defeated Anna Maria College in the first game 74-61 and Mitchell College in the finals, 107-64. While their offense fluctuated in fits and starts in the first two games, their solid defense remained a bedrock throughout the Tournament.

“I think our defense is one of the main reasons why we are off to a 4-0 start,” Kevin McDonald ’20 said. “We have used our height, length, and athleticism to our advantage in our first four games and I think we’ll continue to be a great defensive team once we play better competition.”

But their offense is still nothing to laugh about either, as the team has a well-balanced attack in spite of their early inconsistency. Six players scored in double figures during their second game, and as of now, the Cardinals have seven players averaging at least seven points per game, with Jordan Bonner ’19 leading the way with 16.3 per contest. The freshman class is doing a lot to make up for some of the big names that the team graduated last year, namely two of their top-three leading scorers,  Joseph Kuo ’17 and point-guard Harry Rafferty ’17. First-years Austin Hutcherson, Antone Walker, and Jordan James are all playing significant minutes early in the season.

“We did lose some big names, but the leadership from the seniors and everyone on the team stepping up, from our freshmen to our seniors, has really made up for those losses,” McDonald said. “Our senior and junior classes were great throughout the fall in preparing us for the season in terms of our conditioning, strength, and skills and I think it has paid off late in games when we really have put teams away for good.”

McDonald has been a key part of that transition as well, seizing upon a leadership role after working out the quirks of any freshman campaign.

“I have taken a bigger role in terms of just being vocal in practice and whenever we’re all on the court together,” he said. “In terms of work ethic and being in the gym a lot, I think I am just trying to set an example for the freshmen and be a leader in that way as well.”

After a strong performance against Mitchell College, in which he notched 22 points and 16 rebounds, Nathan Krill was named tournament MVP. In addition, O’Brien was named to the All-Tournament Team with balanced performances contributing points, rebounds and assists in droves.

After the strong first two games, Wesleyan took on Nichols College at home and won in a 80-61 victory. Bonner and O’Brien led the way, respectively scoring 21 and 18 points. O’Brien turned in an impressive all-around effort with nine rebounds, five assists, four blocks, and a steal.

Against Manhattanville College on Sunday, the Cards let their opponent hang around in the first half before breaking out and outscoring their opponents 45-21 in the second half to secure their fourth victory in a row. Walker led the team to victory in Harrison, N.Y., where he dropped a game-high 16 points, including three three-pointers. James also had a strong game, scoring six points while also securing 10 rebounds in 19 minutes.

The team is happy with their success but cannot rest on their laurels. They face Emmanuel College on Nov. 28 before beginning NESCAC play with a matchup in the Little Three against Williams on Dec. 2.

“We definitely take it one game at a time and treat our next game as the biggest game of the season, but it is hard not to see the Williams game on the schedule in early December and not be excited about it,” McDonald said. “Our rivalry with them and the tradition of the Little Three makes it a special game, and we can’t wait to travel up there and play them.”

After their matchup with Williams on Dec. 2, the team plays again on the road at Vassar College before playing their final game of the fall semester, right before finals, at home against Brandeis University.