Hot Takes With Hogan: Three Weeks Into the Season, the NBA Heats Up

We’re three weeks into the NBA season. Each team has played at least 10 games. Sample sizes are still small, but there are quite a few trends that have caught my attention. Here are four developments that could dramatically alter the landscape of the NBA season. 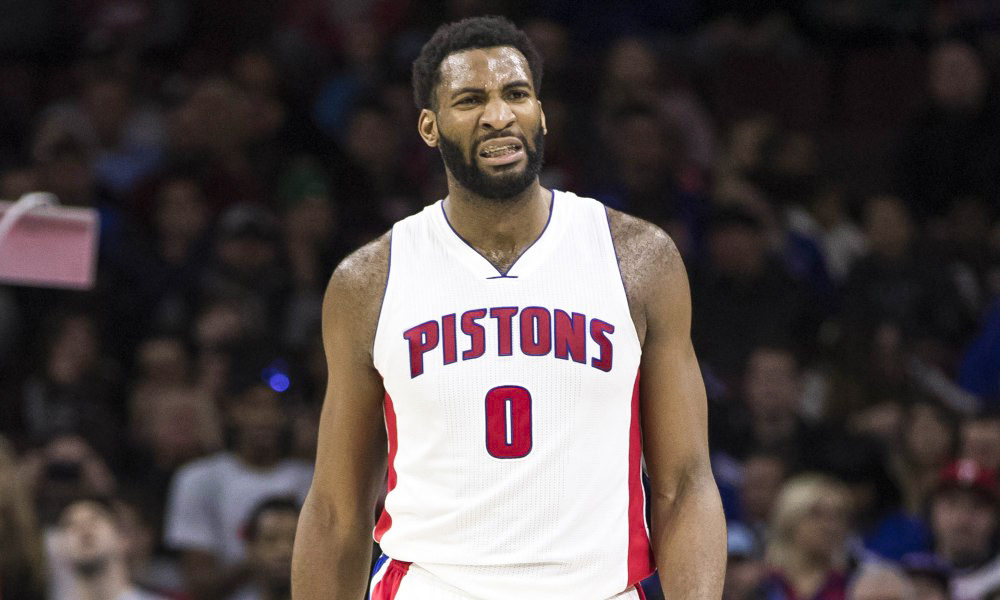 1. Andre Drummond is shooting 64 percent from the free throw line. Entering this season, the Pistons center had shot better than 40 percent from the charity stripe just once in his first five NBA seasons. Drummond has noticeably changed his form, but can he ultimately sustain a roughly 25 percent improvement from the line? Time will tell. Even if he can finish in the neighborhood of around 60 percent on freebies, that would be a drastic boost for head coach Stan Van Gundy and the Pistons. Opposing teams would no longer be able to intentionally foul Drummond, which typically stagnates the Pistons offense. The team is currently 8-3 and in second place in the Eastern Conference. I am not saying that Drummond’s improved touch is causing Detroit’s early success this season, but there is a strong correlation. I’m not sure the Pistons are legit, but I sure hope Andre Drummond’s free throw shooting is. 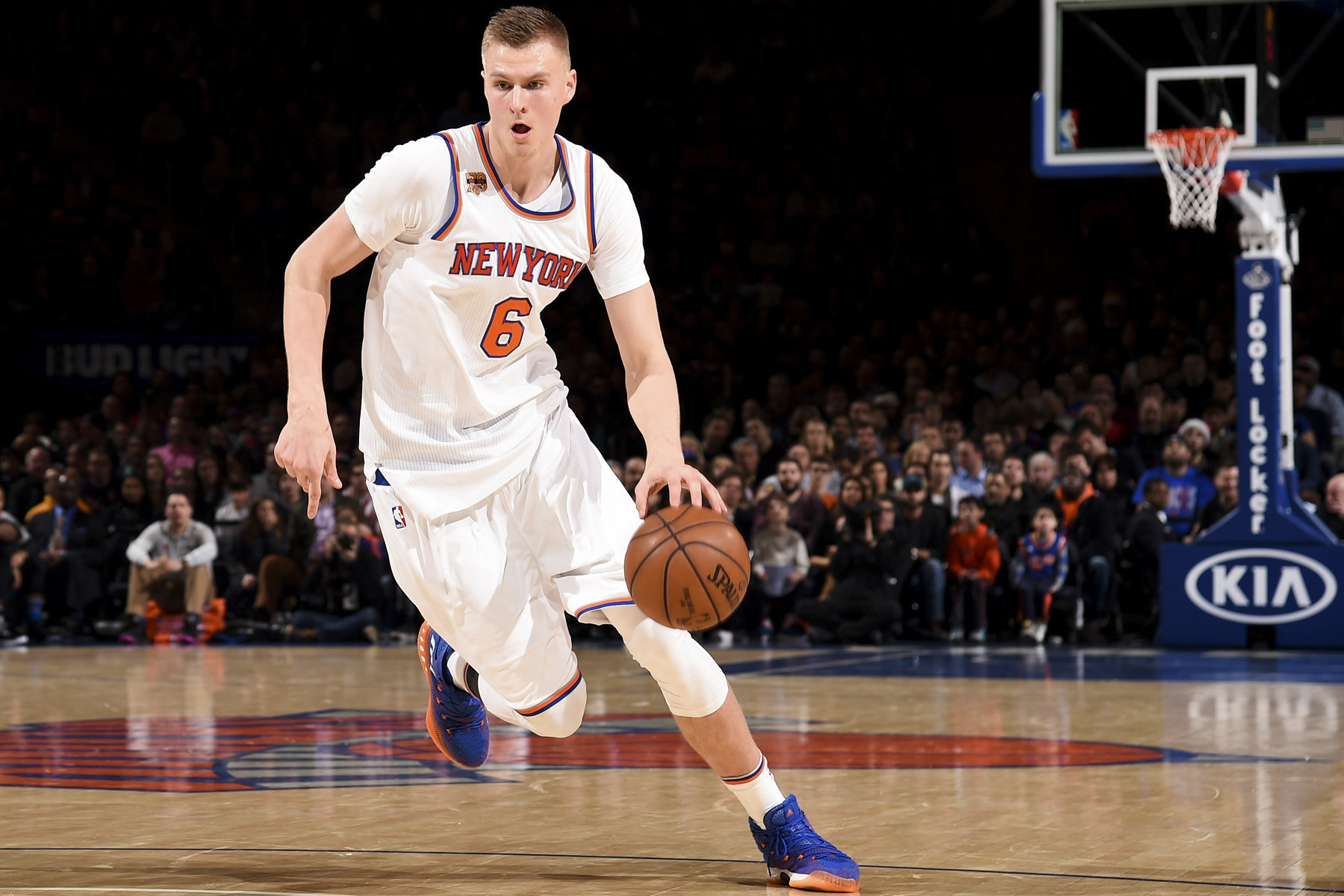 2. Kristaps Porziņģis is one of the NBA’s 10 best players. In just his third season, the 22-year-old is averaging 30 points per game to go along with eight boards and nearly 2.5 blocks. Maybe Porziņģis was living in Carmelo’s shadow or perhaps he was going to improve by leaps and bounds this season regardless, but the Unicorn has been utterly dominant in the early portion of the season. In three of his past five games, he has scored 37 or more points and has the Knicks above .500 for what seems like the first time in eternity. Surrounded by turmoil and dysfunction his first two seasons in the Big Apple, Porziņģis is playing loose and letting it fly this year. 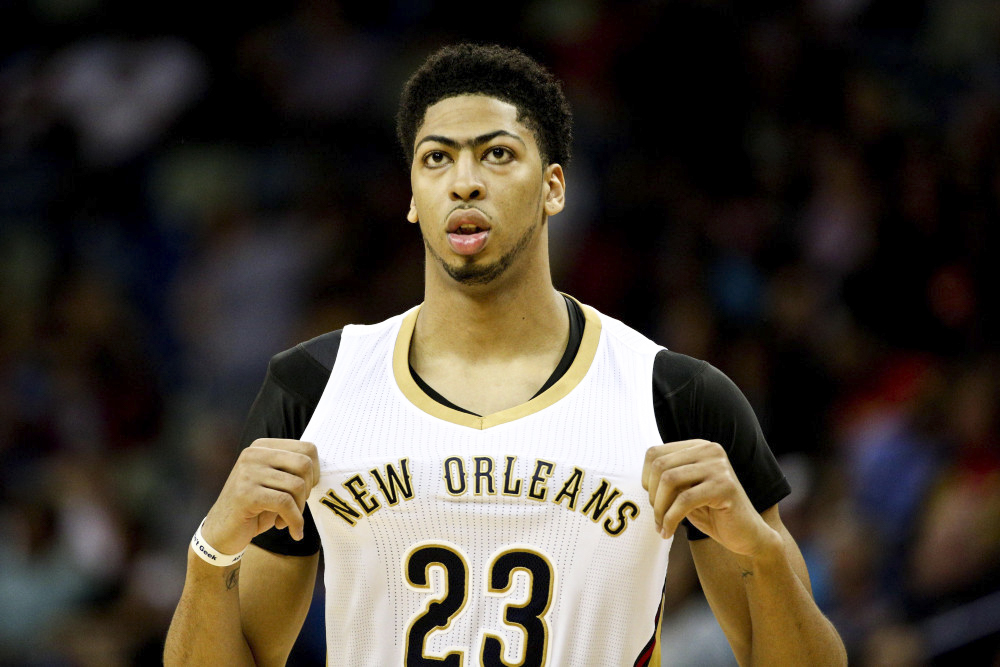 3. Anthony Davis and DeMarcus Cousins are absolutely toying with opposing big men. I am not sure we have ever seen two teammates put up the type of numbers that Davis and Cousins have posted so far this season. Davis is averaging 28 points and 12 rebounds, while his frontcourt mate is putting up 29 points, 14 boards, and six assists per contest. If there has ever been a more imposing frontcourt in the history of the NBA, let me know. As of now, the Pelicans would be in the playoffs, but obviously there are still a ton of games yet to be played. To think that it’s even a possibility that the team led by these two monsters could fail to reach the playoffs is mind-boggling, but it does speak to two things: the state of the Western Conference and the incompetence of not only their teammates, but also those running the organization. You have two top ten NBA talents, yet cannot surround them with adequate complementary pieces? I don’t even know what to say in response to that. 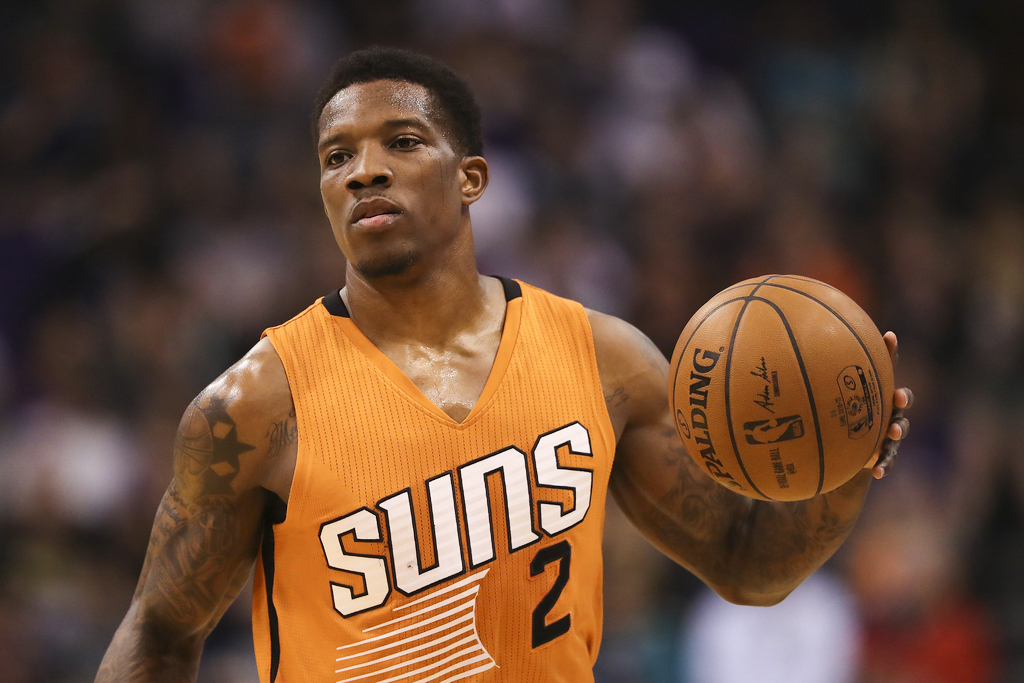 4. There was a blockbuster trade earlier this week in the Association. On Tuesday morning, the Milwaukee Bucks acquired Eric Bledsoe from the Phoenix Suns in exchange for Greg Monroe and a protected first-round pick. Ultimately, I don’t think this moves the needle all that much for Milwaukee. Yes, Bledsoe is an excellent defender, but so is Malcolm Brogdon, who will now be forced to come off the Bucks’ bench. While Brogdon may not be quite the playmaker that Bledsoe is, the Bucks were not in search of a playmaker; they have the Greek Freak, for goodness sake. Giánnis Antetokoúnmpo is, let’s face it, the Bucks de facto point guard. The Bucks need to surround their 22-year-old phenom with ample shooting. Let’s look at the numbers: Bledsoe is a career 33% three-point shooter; Brogdon, on the other hand, shot over 40% from three last season and is hovering right around 45% through the early portion of this season. That difference between Bledsoe and Brogdon is significant. Why? Bledsoe, by league standards, is an average threat from distance, whereas Brogdon is one of the best. Now what does that mean for this Bucks team? When Giannis beats his man off the bounce, Bledsoe’s defender can help off and wait for Giannis in the paint, while Brogdon’s cannot leave the sharpshooter’s hip. I know this is technical, but I see this as a major downside of this trade. When you have a superstar, every move you make should be made with him in mind. How does this affect Giannis? I’m not certain that was the case here. Ultimately, the Bucks will know their destiny come February. That is when Jabari Parker is scheduled to return from an ACL injury that prematurely ended his 2016-2017 campaign. If Parker can be close to what he was prior to the injury, I think Milwaukee has a real chance to make a deep run in the playoffs. If Jabari cannot return to his old self, the Bucks are doomed.

Note: All stats are through Wednesday’s games.

Kelly Hogan can be khogan@wesleyan.edu.