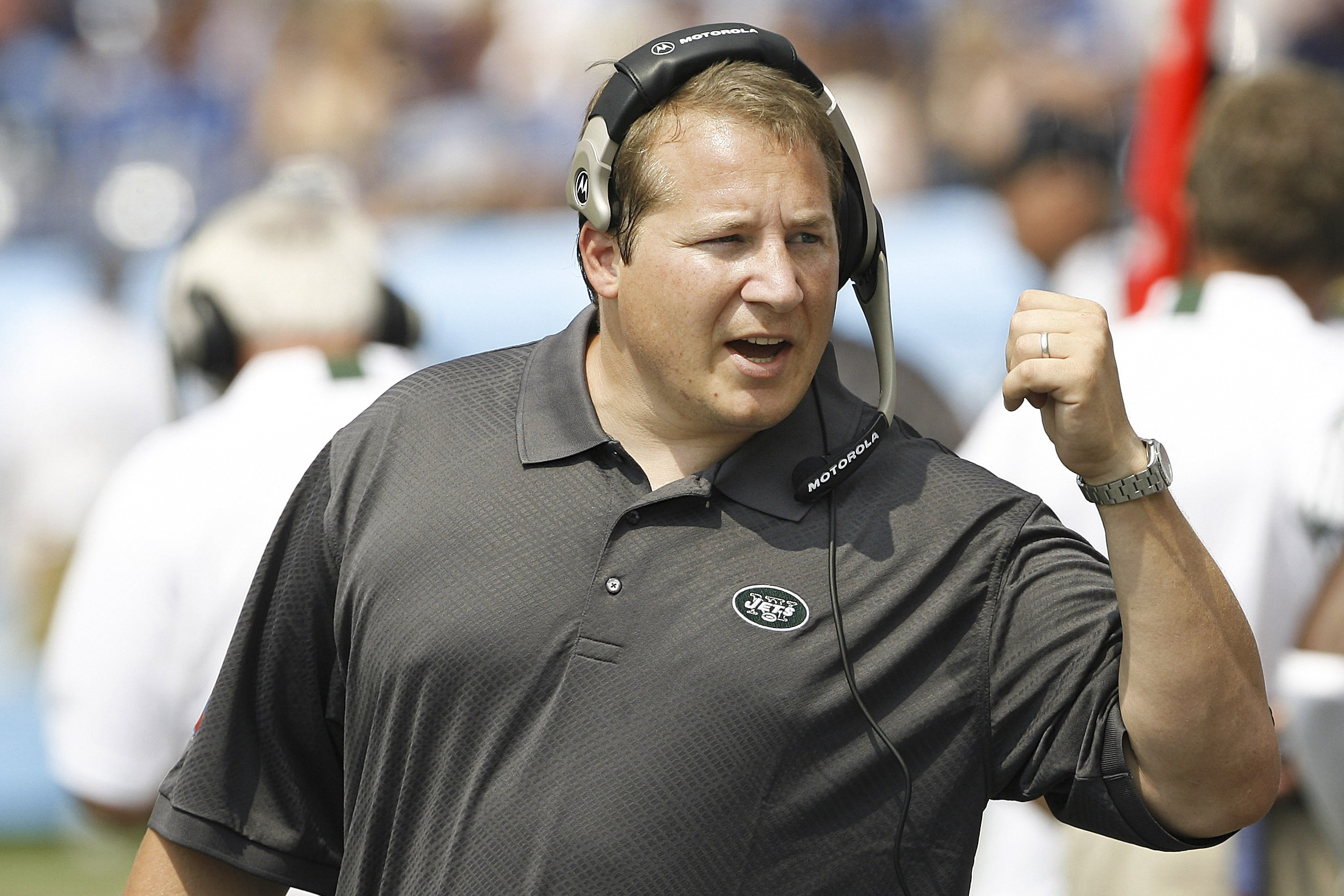 Eric Mangini graduated from Wesleyan in 1994 and was a coach in the NFL for nearly twenty years. In this wide-ranging interview, Mangini, now an analyst for Fox Sports, discusses his fondest Wesleyan memories, his favorite Super Bowl victory, his stance on Colin Kaepernick, and his thoughts on the current state of the NFL.

The Argus: How did you decide to attend Wesleyan?

Eric Mangini: My older brother, Kyle, went to Wesleyan. I would go up to visit him a bunch; he played football there, so I would watch his games. I fell in love with the campus when I was up there, and also the people that he knew I really liked a lot. When I was applying for colleges, it came down to Wesleyan and Williams, and I ended up choosing Wesleyan because of the experiences that I had there prior to coming in.

A: What are some of your favorite memories from your time at Wesleyan?

EM: Well, the thing that I loved about Wesleyan, and at the time it was something that could be quite frustrating, was that all of your beliefs were going to be challenged—which was a great thing. You meet so many people from such diverse backgrounds. I remember people from my freshman hall being from all over the country and different parts of the world. I liked the fact that people stood up for what they believed in, and being exposed to those ideas helped me grow and helped me view things differently. The education itself teaches you how to think critically and analyze things differently. Whether you become an investment banker or an NFL coach, those things are invaluable.

A: You obviously had quite a successful football career at Wes (Mangini holds the school record for sacks with 36.5 in his career), but how did you decide to get into coaching?

EM: It really happened during a semester abroad. Kyle was working in Australia and I went to visit him, and then to study at the University of Melbourne. I got out there about a month before I had to go to school and met this guy at a sporting goods store. I later found out that he was a football coach and was coaching American football. So, I went and said to him, “Hey I want to volunteer and help out.” I thought it would be good to be involved and meet new people. It was pretty clear this guy had no football background, so he got released and I was asked to become the head coach. I didn’t really know what to do, but Frank Hauser, who was the Wesleyan head football coach at the time, would fax stuff out to me.

The team ended up folding, so I thought that I was done with football in Australia. Then a group of guys from that team went to another team and I coached them as their defensive coordinator. I was going to go back home once my semester finished up, but they wanted me to stay, so they paid me what I would have made over the summer. We ended up winning the championship. It was a great experience. I went back to Wesleyan the fall of my senior year and ended up taking the second semester of my senior year off and coached the team again with a friend from Wesleyan. We won the championship again. That’s when I decided to try coaching at the professional level.

A: With the Patriots, you won three Super Bowls. Do any one of them stand out as the most memorable? Do you have a favorite?

EM: I always thought that Robert Kraft had a great way of describing Super Bowls. He said, “They’re all like kids, they’re special in their own way.” But the first one was pretty amazing. We were 14-point underdogs to the Rams. They were called the “Greatest Show on Turf.” At the midway point that season we were 5-5, and the previous season we went 5-11. No one gave us a shot. We had a group of players that no one would want on their fantasy team. For us, it was never about collecting talent. It was about building a team. We had that. The amount of time and effort we put into laying a foundation, and then seeing that translate and then going through 10 games and being .500, that whole playoff run was amazing. The Tuck Rule, Vinatieri’s field goal in the driving snow, beating Pittsburgh in Pittsburgh. I just remember the confetti in New Orleans, walking across the field with my wife, not having to worry about another game plan and being the best in the world. It was a pretty amazing feeling.

A: Can you talk about the pressure of coaching at the professional level?

EM: During the season, it is all-encompassing. With the amount of information available now, there are so many things you can look at, whether it’s the film, the stats, or analytics, you are always trying to get an edge and put the players in positions to be successful. And you don’t want to be outworked. I grew up in a football family that was built on work and built on detail.  Going back to Parcells and Belichick, we had that edge. It was smart football and it was disciplined football. So, becoming a head coach, you know the standard and the expectations that you put there for yourself and staff. A lot like running on a treadmill, at a very high level for six months or seven months, there is not a lot of time for anything else. Your job is evaluated weekly and publicly. It is different from a lot of industries. If you blow a call or don’t have a very good showing, everyone discusses it.

A: I hear people all of the time who work at various networks that cover the NFL say that they enjoy analyzing the game, but it just doesn’t seem the same when you don’t have a dog in the fight. Does that ring true with you? And can you foresee yourself getting back into coaching in the future?

EM: Broadcasting is such a different lifestyle. There are a lot of things that you can do that you couldn’t do when coaching. The level of insight that most fans have now is incredibly high. My job is to tell the fans what happened and the process that was in place to get to the decisions. Now whether you agree with those decisions is up to you, but I want to tell you why. Why we got to where we got to. Also, being on the other side of that, I appreciated that balance. I think people can be very results driven. For example, there are many reasons why a 3rd and 1 or 4th and 1 might not work that have nothing to do with structure and scheme and things like that. In terms of moving forward, I will see what the opportunities are and kind of base it off of that.

A: I don’t want to get too much into the recent protests across the NFL, but I want to talk briefly about Colin Kaepernick. Personally, I think he has proven that he is an NFL quarterback and therefore should be on a roster. What are your thoughts on his situation? Do you think he will ever get another chance in the NFL?

EM: I was with Colin for three years in San Francisco. I was in the quarterback room for some of that and the offensive meeting room for two years. And when you even look at his numbers last season, they weren’t that far off from when he led the 49ers to the NFC Championship. Do I think he’s qualified to play? Yes, absolutely. Colin is qualified to play in the NFL. Now, whether he is a starter or not, some of that may be based on a scheme or system. With any of these issues, as a head coach and an organization, you have to look at a player and not just his performance, but what comes with the player. You look at Tim Tebow or Colin and the things that come with them. Those are real. You work so hard to create an environment where everything revolves around football and that wouldn’t be the case if a team signed Colin. You would have to work through a lot of other things. The question becomes: does his value supersede the other components about it? Nobody has been willing to make that jump. But from an ability perspective, yes Colin should be in the NFL.

A: Let’s wrap up with a few predictions on your end. There are considered to be three elite NFL prospects right now in the collegiate ranks: Josh Rosen from UCLA, Sam Darnold from USC, and Josh Allen from Wyoming. Which of the three do you see having the most success at the next level?

EM: Here’s what I’ll say with the quarterback evaluation process. It’s going to change so dramatically between now and draft time. There are going to be four or five guys that pop up that no one is talking about right now. Some of these guys will get dinged. It is one of the hardest positions to evaluate and every year there is a “can’t miss” and then you have the Tom Bradys who aren’t drafted until the sixth round. I don’t watch those guys that closely, but what I will say is that it will change radically between now and draft time.

A: We talked about your time with the Patriots earlier. Tom Brady is obviously still their quarterback. He’s 40. I will set the over/under at 43. How much longer is he the quarterback of the Patriots?

A: The season is still young, but what teams do you expect to make a run at the Super Bowl?

EM: That’s tough. It’s hard not to pick New England, except they are struggling more defensively than anyone anticipated, especially considering how much resources they put into their secondary. I also really like a lot of things about Pittsburgh despite that they haven’t played as well as I thought they would. Kansas City, I am a big Alex Smith fan. A lot more games are lost in the NFL than won, and Alex doesn’t lose a lot of games. It’s funny, though, because going back to the earlier part of our conversation, we were 5-5 and won the Super Bowl in New England. So, in this early portion of the season, teams will start 6-0 and fade. Everybody is getting to know their team. Now that may seem counterintuitive, but you’ve got new players, draft picks, schemes, new coordinators. Teams that can manage and overcome all of that while staying healthy will give themselves a chance.