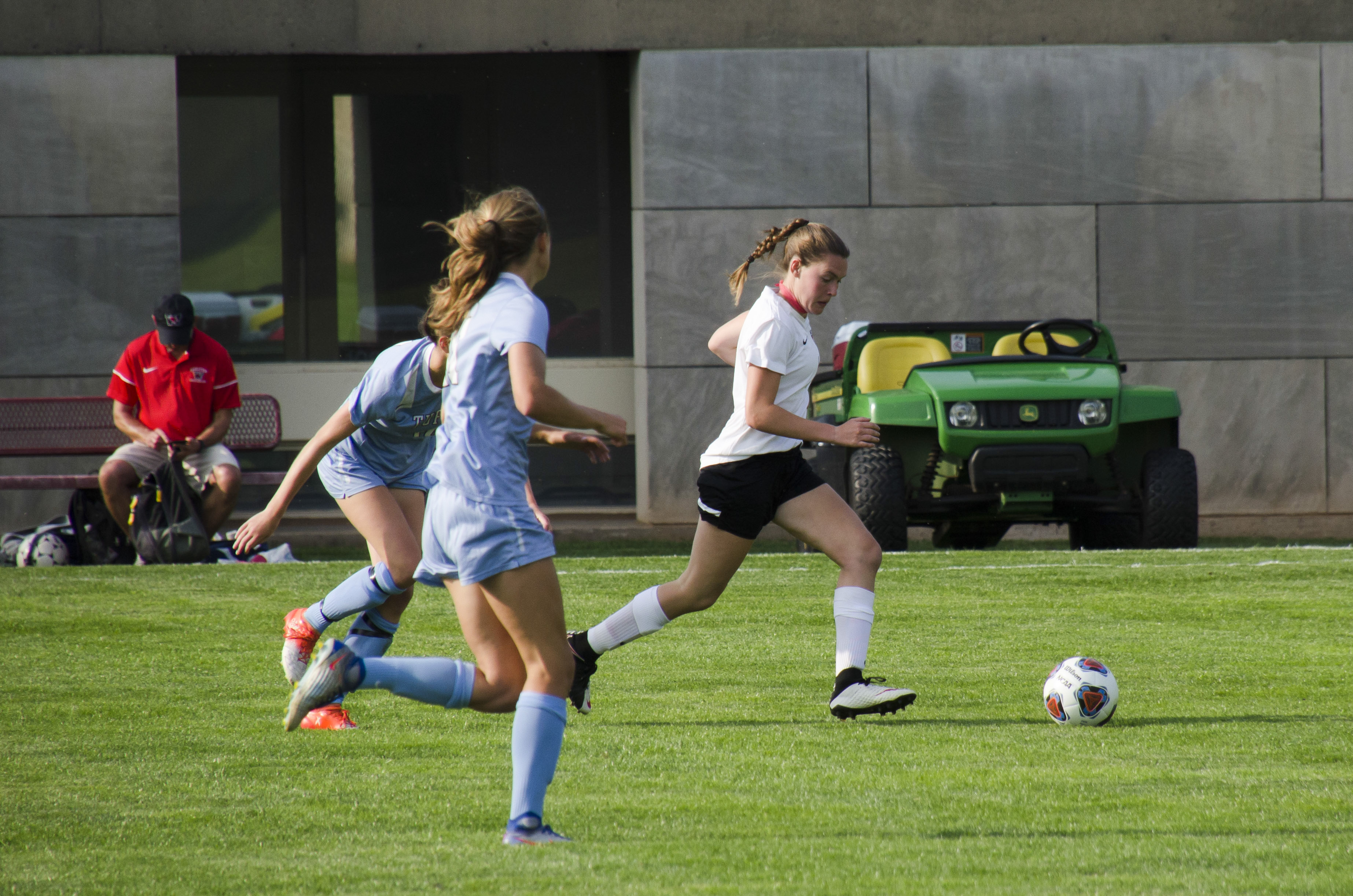 The Cardinals women’s soccer team has had an unfortunately rocky start to their season. They began their campaign with two non-conference victories, which totaled to a seven-goal differential. They then ran into some trouble with their jam-packed conference schedule, losing to Tufts and drawing with Bates. The Dirty Birds alternated victories and losses the next four games before a tough loss on the road against Trinity in overtime on Tuesday night, their second defeat in a row. That loss was devastating, as it dropped their record in conference play to 0-4-1. With that being said, the Red and Black stand at 4-4-1 overall.

The loss to Trinity was an especially heartbreaking one, as their current 4-4-1 record seemed to make them a worthy opponent. However, Trinity’s fourth-place rank in the league and 3-3 conference record made the game a challenging effort. Sophia Linguiti ’19 started the game with great force, stealing the ball and taking it down most of the field before sending a scrumptious cross into the box for Kayla O’Brien ’19, who finished a header in the 50th minute to put the Cardinals up 1-0. In the 72nd minute, the Bantams equalized. Then, just two minutes into the second overtime, Trinity found a winner, as their first year Blake Crawley tallied a goal. Though their effort ended in defeat, the Cards controlled most of the game, outshooting the Bantams 11-8.

The Dirty Birds get back into action this weekend with a Saturday-Sunday slate against Middlebury and Colby. They will be looking to get their conference season back on track.

Much like the women’s team, the men’s soccer team also had a streaky season. After three straight non-conference wins to start the season, the team took a loss in the conference but was able to bounce back and won two straight before taking two more losses most recently. The Cardinals currently sit at 5-3-0 overall and 1-3-0 in conference. Much like their female counterparts, the Cards lost their most recent game in overtime. 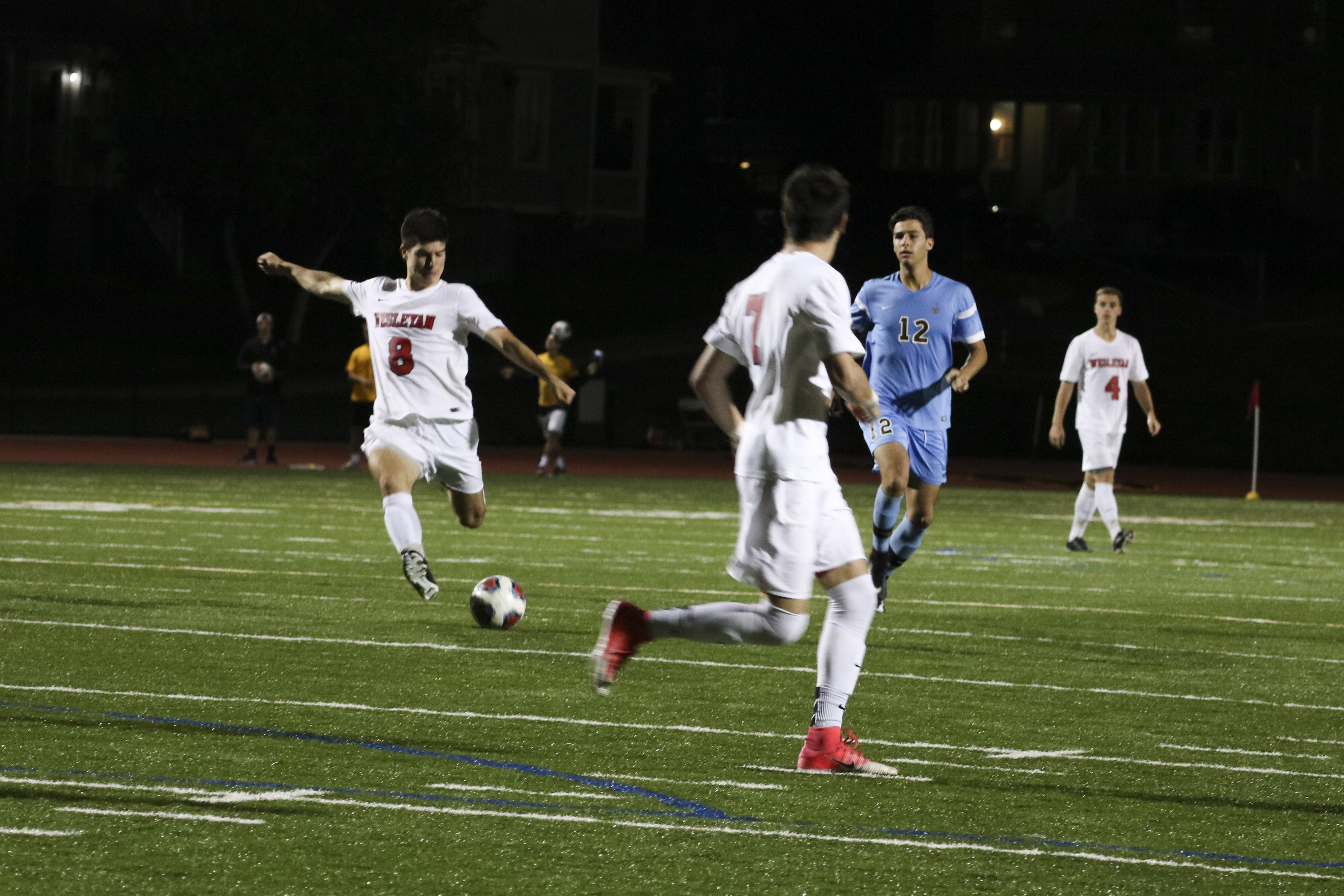 At Hamilton, Alec Haas ’20 scored first. He tallied a goal in the 58th minute after capitalizing on a ricocheting ball that originated from a denied set play. The Continentals answered back in the 79th minute and then took the lead for good just 41 seconds into the first overtime. Hamilton ultimately outshot Wesleyan 28-9; the Cards were fortunate to even be competitive in the contest after such a wide shot disparity. Brian Harnett ’18 was the reason the game was so close; he made a career-high 16 saves to keep the Dirty Birds in the game.

Even though the team took a tough loss, they will be looking to bounce back.

“It was a rough loss, but it happens,” said Haas. “Every team loses and what we took from that game was the fact that we were not where we needed to be to do what we want to do this year.”

The team is certainly not going to let this set them back.

“[Our goal this year] is to make the playoffs and then some. There has been a shift in the mentality since then that every game matters and we can’t let up for even a second.”

The men’s team gets back into action this weekend with two matches, one against Colby and another against Middlebury. Jackson Field should be a raucous atmosphere both Saturday and Sunday. Haas is excited and hopes the team will find their groove once again.

“It’s always great playing in front of the fans, and seeing our friends on the sideline is a huge motivator for us to do well,” Haas said. “We want to represent this school as well as we can, especially on Jackson Field.”

Though the team is confident in their play they know that this weekend will be a test. 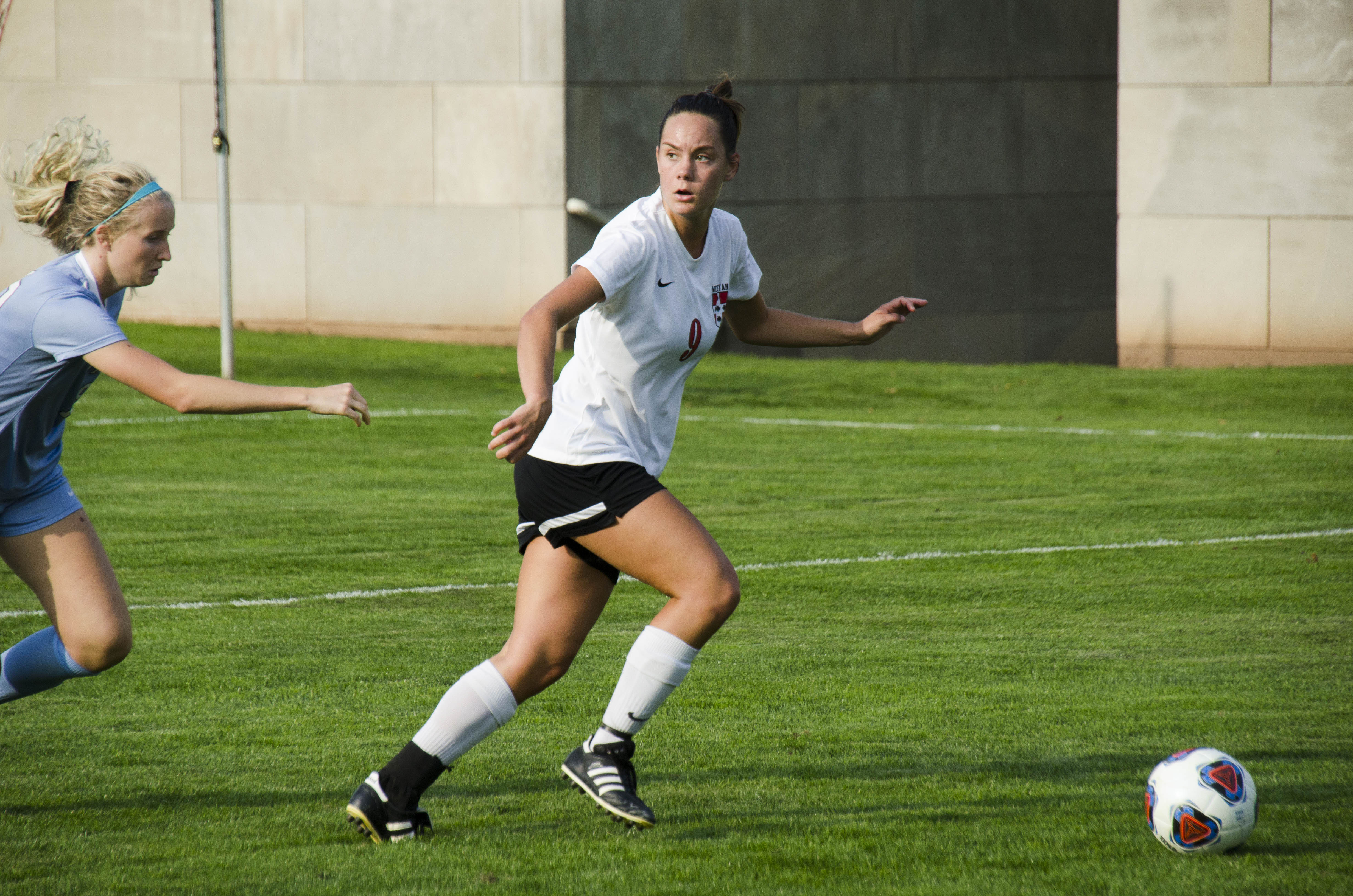 “The biggest challenge is the just the recovery time we have,” Haas said. “With the amount of effort we pour into each game, we will need to be smart and keep ourselves healthy to be ready for the games which are less than 24 hours apart…NESCAC play is not only extremely competitive but often considered one of the most physical leagues in the country. We have had fewer injuries while playing more physically ourselves than we did last year. The effort is there. All we need to do now is finish the chances we create in order to reach and win in the NESCAC tournament.”