Battle of the Beans: Pi vs. Espwesso vs. Red & Black

In a campus with a variety of coffee joints, students must decide which is their preferred mode of coffsumption. Three passionate students, each with a different preference, sat down to debate the merits of Pi, Red & Black, and Espwesso. Emmy Hughes ’20 advocates for Pi, Hannah Reale ’20 for Espwesso, and Erin Hussey ’20 for Red & Black, in a crosstalk about each café’s location, ambiance, and, of course, coffee. 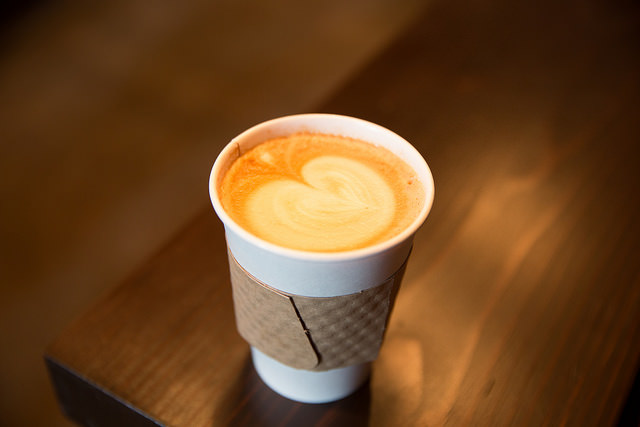 Emmy Hughes: I am a big frequenter of Pi. I go there five days a week. I go there for both breakfast and lunch. I find the atmosphere really, really welcoming and wonderful. It’s a nice size in terms of the layout of the place. It’s awesome in terms of location—I have three classes in Exley, and I do all of my work in SciLi, so it’s so easy. You just go there and come back. Food options: Numerous. Coffee options: Numerous. Expense: Not particularly expensive. So, generally, it’s always a good experience for me there.

Hannah Reale: I think that Pi is a great place, but if we’re talking about coffee, I’ll usually make my coffee in my room, so if I’m not gonna do that, I want good coffee. Pi’s coffee is fine, but I’ve never actively sought it out, it just tastes like very average coffee, whereas Espwesso’s is much better. The location is comparable, and the atmosphere of Espwesso is a little—I hate this word—quirkier, with the fun tables and the nice environment overall. The person who’s working there has control of the music, so there’s always a slightly different vibe going in, but it’s good because it mixes it up a bit. And it’s both a social space and a workspace, so it’s a great place to go with a couple of friends to chat while doing some light homework. I’d also go there to pick up my coffee, on the go, because you can bring in a reusable cup for cheap or free coffee. It’s a lot cheaper than Pi or Red & Black.

Erin Hussey: Red & Black, even though it’s far, has really amazing coffee. It’s a great workspace. I feel like Pi and Espwesso are both really really loud, and Red & Black is a great place to work and even bring friends if you want to do a group study. Also, it has great hours. My issue with Espwesso is that they’re never open. I always feel like I wanna go on a Saturday and get a good cup of coffee, but they’re not open on Saturdays, and they’re not necessarily open when you need them to be. Actually, a friend and I just went this weekend to try and get coffee, and they were closed! And I think that Pi is great, but you can’t beat the snacks at Red & Black. Like those cookies are so good.

Emmy: I’d like to make a quick response to points on both sides. So, I 100 percent agree with Erin on the hours of Espwesso. I have tried to go there in the past and then will find that it’s 5 p.m. and it’s closed on some day, and the hours at Pi and Red & Black go really late, like Pi goes until 10 p.m. If you need a bagel at 9 at night—and you just NEED one—you can just go and get one and then come back and keep working. You have your nice little places to work at the little tables, and if you need to meet someone, it’s really easy to just talk with someone there at a table in the center. I feel just SO comfortable in Pi. And that level of comfort, in a coffee place, is so important to me. But, I do see what you mean about the atmosphere, with the music played by the student employee, and the really cool space. And at Red & Black, having a really nice quiet location is awesome.

Erin: Can we talk about, also, the importance of food? Not to bash Espwesso too much—

Erin: Yeah, there’s no food! I feel like that’s an important component.

Hannah: I’m talking about it as a general social space where you can get work done. I don’t think it would work as a lunch place or a dinner place; it’s where you go when it’s like 11 at night and you have that reading to do, but at the same time you really don’t want to be focusing that hard just because you know you can’t. The environment and the atmosphere there is very welcoming. And I always feel like I’m too loud in Red & Black, and I don’t think I could bring a group to do work in there, so if I wanted to do work on my own, I don’t need to be in a café to do that. I could just be in Olin—I don’t need to be in Red & Black to have coffee and sit there alone. But in Espwesso, you can be in this nice social atmosphere when it’s open, and when it’s closed it’s pretty silent, and that’s also nice because you can just like be in this physically cool space to get your work done.

Erin: So we’ve talked about ambiance, but we should probably talk about the merits of coffee.

Emmy: Yeah, I would agree.

Erin: I would agree as well.

Emmy: In terms of coffee, Espwesso wins. But it’s so much MORE than that!

Erin: Yeah! You can’t beat Espwesso coffee. So, in the coffee column, Espwesso gets a point. Food, though. I mean. I’m saying Red & Black wins. Have you had their cookies??

Hannah: We have a box of them every Argus production night!

Emmy: Oh, right! Right. I HAVE had their cookies, everyone. And they’re really good. I love their cookies, actually. I have to say, Red & Black food is really delicious.

Erin: But in terms of convenience, you can’t beat a Pi bagel.

Emmy: That’s what I’m saying! Pi bagels are, are….Oh my gosh. Like, the everything bagel is so delicious. And it’s delicious because it fluctuates in deliciousness based on how well you toast it, or how well you cream cheese it. Sometimes you toast it and it’s not that great, but then sometimes you toast it and it’s phenomenal. It’s a little adventure every time you’re getting a Pi bagel, and that’s something I need in my life. Stability, but also within that stability, a little fluctuation.

Hannah: Yeah, with food, Espwesso doesn’t compete, because it literally doesn’t have food. It’s fine. But what I like about Espwesso is that it feels like a uniquely college place, whereas Pi, that’s a place I would just run into and run out of with like a bagel and coffee, some adult routine that I could have when I’m older. And Red & Black, that’s where you would be getting a meal with a friend in your early twenties during a Thursday lunch break. But Espwesso is just like a bunch of 20-year-olds sitting together and probably being a little pretentious but also getting some work done, and that’s more fun to me than a more run-of-the-mill, although definitely still enjoyable, experience at another place.

Erin: Yeah, Espwesso is undeniably Wesleyan. I feel like it’s just grungy enough to be Wesleyan. We gotta keep it to our roots!

Emmy: Yeah, the atmosphere just IS Wesleyan, like at its core. And Hannah, you’re totally right about Pi being, like “I’m adulting! I’m just going in and grabbing a coffee and bagel!” But, on the other hand, there are Middletown residents who work there, and I’ve found that you can have a real relationship with the people who work at Pi. I know the people who are employed there, and they know me, and that’s so lovely! And you can’t get that at Espwesso I don’t think, or even Red & Black.

Erin: And also, Pi has some fire Spanish music if you ever go there in the morning.

Emmy: Yes, that it does.

Erin: So I think we can end this on something we can agree on. Which is that Usdan Café just isn’t at the same level.

Hannah: Usdan Café, which we’re a few feet away from right now, by the way, has the same food selection as Pi, but with fewer options. And zero ambiance.

Emmy: No ambiance! The ambiance does not exist.

Erin: If you’ve ever had their chai tea, it’s spicy, but in a bad way?

Emmy: I’ve just gotten from Usdan Café the worst coffee I have had in years. Seriously. I threw half of it out.

Hannah: Still, Usdan Café can be really convenient if I’m running to class in Boger and I just need a cup of coffee and a granola bar to get through my morning seminar. It works really well as a grab-and-go-snack type of place.

Emmy: That’s very true! That’s a wonderful thing actually about each of these places—they all fill a different niche on campus, and though coffee may be better in one and food better at another, having a variety of options is VITAL to getting through the day.