Let’s Take It From the Top: Inside the Audition Room 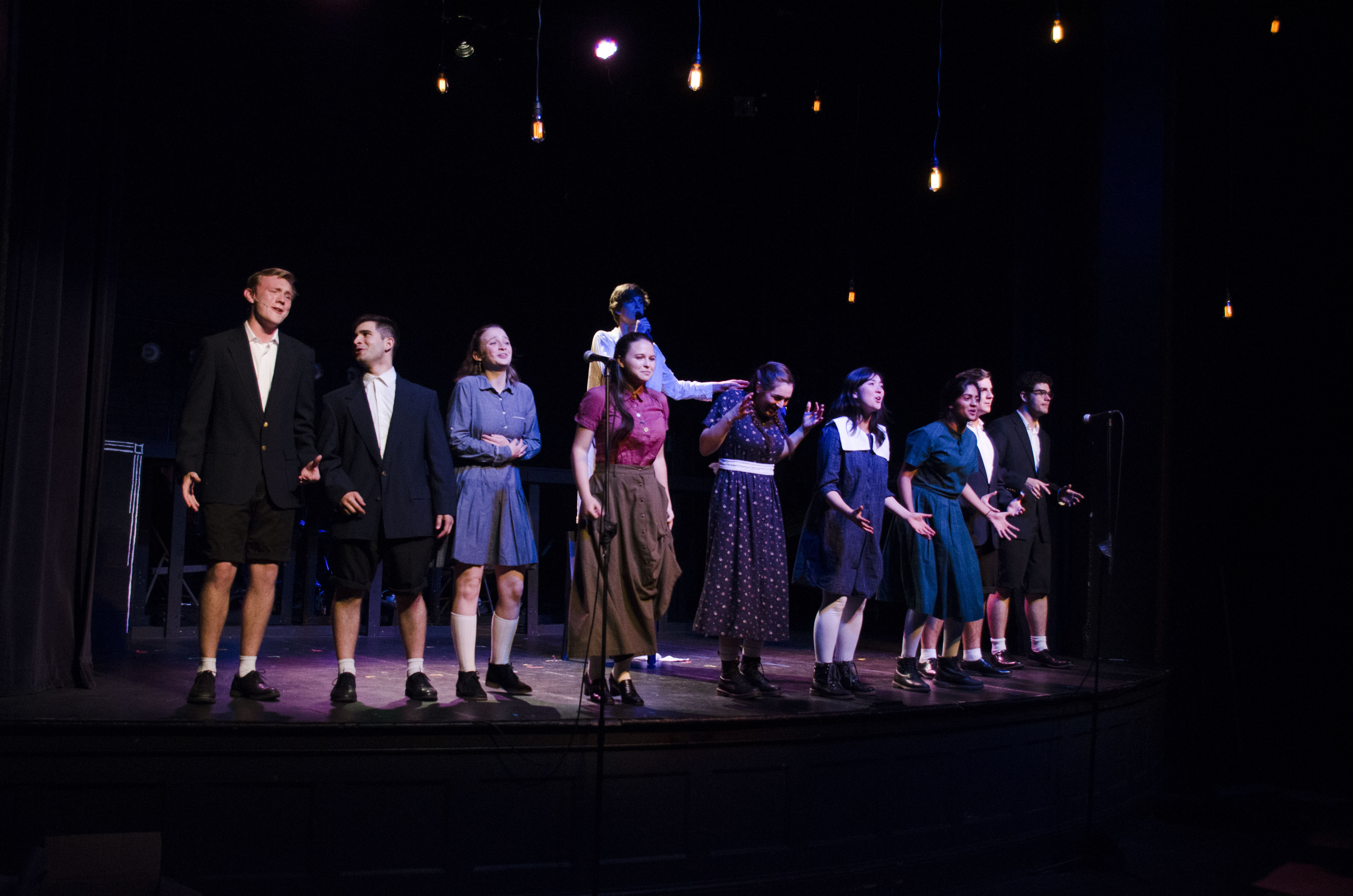 The process of auditioning for plays and musicals is notoriously rigorous and humiliating, arguably tolerated by only the most masochistic of individuals. Theater kids thrust themselves into this undertaking not only willingly but enthusiastically. This week, I talked to five University students about what it’s like to step into that room, dealing with the aftermath of cast lists, and why they put themselves through the grueling process to begin with.

“Hate,” “hell,” “intimidating,” “insecurity,” and “intense” are all words that Wesleyan students used this week to describe what it’s like to step into an audition room and compete for a part with fellow performers.

Auditioning is a paradoxical affair. It’s thrilling yet terrifying. You are in a room full of people with similar interests, yet you feel lonely. You have worked tirelessly to rehearse, and yet you feel unprepared. You must be confident in order to succeed in auditions, but it’s one of the spaces that makes you feel more vulnerable and insecure than ever before. The audition process is an emotional awakening. All your feelings of fear, confidence, shame, pride, insecurity, and joy come bubbling up, creating a sort of emotion seltzer that fizzes and pops within you. You must suppress the bubbles, take a deep breath, and show the director what you’ve got.

“There’s a lot of anxiety and nervousness because you want to be good,” said Nick Cantin ’21.

Imani Crews ’21, who currently holds roles in both “Little Shop of Horrors” and “Much Ado About Nothing,” echoed Cantin’s multifaceted emotions.

Now, it must be said that auditions are in no way the same everywhere. Each director, show, and even location changes the mood of an audition. Here at Wes, actors seem less intimidated by the process, describing it as much more low-key, relaxed, and even liberating. This stems from several factors. First, the auditions are run by other students. There is something different about seeing a peer behind the desk rather than an adult. It lessens the sense of almighty power that the director holds over your fate.

Audition stress is also mitigated by the sheer multitude of auditions open to University students. There are so many auditions that you stand a greater chance of somehow getting involved in at least one production. It’s like the difference between waiting for a train and a subway: When you have a train ticket, it is vital that you make your train. There may not be another one to your destination until several hours later, making you late for your work, interview, party, show, etc. If you are a subway rider, however, another subway, another opportunity, is bound to come around soon. Your focus and energy are not solely devoted to that one subway car that left five minutes ago because you’ll have another chance to get on in only three minutes. The plethora of auditions at Wes allow you to hop on the next subway and ride it to a new production, even if you are disappointed about missing the express that just left.

While auditions at Wesleyan seem calmer than many other places, they still come with a great deal of stress and anxiety. Several students told me that the very worst part of auditions is waiting. The period between your audition ending and the cast list coming out is a nerve-wracking span of time rife with self-doubt and apprehension. And yet, the tension doesn’t end there: Even after the cast list is released, both actors and directors reconcile with the aftermath of the allotment of roles.

“The most nerve-wracking part was the 24 hours after sending the callback email and seeing everyone around campus,” she said.

While the auditions themselves are more relaxed, student productions come with their own issues.  Stress is not limited to the audition itself; it continues in these complex entanglements between peers and the pressures put on them by choosing who to accept—and who to reject. If a friend does not cast another friend, it may create significant tension and strains on those relationships.

Given that auditions, and theater in general, are a grueling and taxing affair, the question must be posed: Why? Why do we continue torturing ourselves? Why did one young woman I interviewed—who will remain unnamed—haul herself to an audition while battling a 102-degree fever? The answers I received ranged widely, the most drastic one coming from Cantin.

“Because I’m a masochist,” he said.

Sam Driver ’21, who is part of the ensemble for “Rent,” feels that it is all worth it in the end.

“There are very few ways to match the creative release,” he said.

“What the hell else am I gonna do?” he asked.

The answer, at its core, is cheesy but rings true throughout all the responses: Those who do theater have a deep-seated passion for the craft, the community, and the emotional hell wrapped up in all of it.

Caitlin Cowan ’21, who was cast in Second Stage’s “Sweet as Whole,” expressed the range of feelings inherent in the experience.

“I’m excited and stressed and want to cry, but at the same time, I’m like, ‘Yes, theater!’” she said.

Psychologists say that the areas of the brain associated with love and hate are very close to one another, and this is perhaps the truest in the world of theater. Our throats are dry, our feet and backs ache, our eyes droop from lack of sleep…yet we ask for more. We ask for more pain, more work, more stress, because, as Crews said, we can’t imagine it any other way.