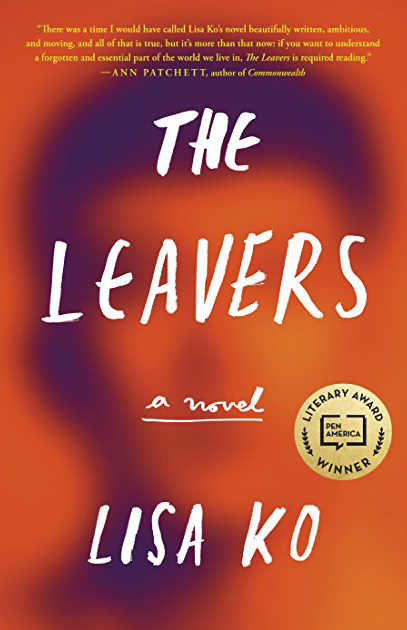 Lisa Ko ’98 has been longlisted for the 2017 National Book Award for fiction for her novel, “The Leavers.”

Ko graduated Wesleyan with a Bachelor of Arts in English and Women’s Studies before going on to earn a master’s degree in Library and Information Sciences from San Jose State University and a Master of Fine Arts in creative writing from from The City College of New York. While “The Leavers” is her first published novel, she has also written personal essays for the New York Times and Buzzfeed and literary criticism for the Los Angeles Review of Books, in addition to other freelance work.

According to its book description, “The Leavers,” tells the story of the 11-year-old son of a Chinese immigrant struggling with assimilation and life after the disappearance of his mother.

“One morning, Deming Guo’s mother Polly goes to her job at the nail salon and never comes home,” the description reads. “Left with no one to care for him, eleven-year-old Deming is eventually adopted by two white college professors who move him from the Bronx to a small town upstate. They rename him Daniel Wilkinson in their efforts to make him over into their version of an ‘all-American boy’. But far away from all he’s ever known, Daniel struggles to reconcile his new life with his mother’s disappearance and the memories of the family and community he left behind.”

In addition to being longlisted for the National Book Award, “The Leavers” received the 2016 PEN/Bellweather Prize for Socially Engaged Fiction. According to Ko’s website, the award celebrates works that engage with issues of social justice.

“The Leavers” has also garnered praise from critics at publications varying from The Los Angeles Times to Buzzfeed.

“Ko is part of an active subgenre shining a light on an ugly truth about our country—that it is possible to come to America and be worse off as a result,” Steph Cha’s review of “The Leavers” in the LA Times reads. “Without papers, immigrants leaping for the American dream might fall right into a uniquely American nightmare, and [Ko’s novel] show[s] us just what that might look like.”

In an essay posted to her website, Ko describes the main influences she had while writing “The Leavers.”

“When I started writing The Leavers in 2009, I had a folder stuffed with newspaper clippings about immigrant women and their children,” she wrote. “I was fascinated by how these women were represented in mainstream media, as tragic victims or evil invaders. And I was furious at the for-profit detention facilities—outsourced to private prison corporations and functioning, in many ways, as above the law—that jailed hundreds of thousands of undocumented immigrants.”

Real-life stories of immigrants in the U.S. inspired Ko and helped her form the narrative of “The Leavers.”

“The Leavers’ is my effort to go beyond the news articles, using real-life details as a template to build from, not to adhere to.” Ko writes. “It’s the story behind the story, a tribute to sweat, heart, and grind. But it’s really the story of one mother and her son—what brings them together and takes them apart.”

She describes, as an example of a real person that inspired her writing, the story of Xiu Ping Jiang, an undocumented immigrant from Fuzhou, a major Chinese city. Ko discovered her story in a piece by the New York Times. Jiang fled China in 1995 after undergoing forced sterilization. She was caught by immigration agents in 2007 while traveling from New York City to Florida and placed in an immigration detention center. She was too physically and mentally ill to prepare and plan deportation back to China, so she was trapped in an immigration jail with no lawyer to represent her, and seemingly no chance to get out. She is now free and living on bail.

“I based my character, Polly, very loosely, on Xiu Ping Jiang,” Ko writes about real-world influences on her novel. “Then I gave her an eleven-year-old son, Deming; a home in the Bronx; a job at a nail salon. One morning she leaves for work and never comes home. Polly’s voice, her hustle, her journey—she pays $50,000 to be smuggled into the United States in a box—came to me in a flash.”

The National Book Foundation gives the award annually and also awards the best works of non-fiction, poetry and young people’s literature. Each category has its own set of judges who determine the recipients of the award. For the fiction category, the judges are Dave Eggers, Annie Philbrick, Karolina Waclawiak, Jacqueline Woodson, and Alexander Chee ’89.

Henry Spiro can be reached at hspiro@wesleyan.edu or on Twitter @JudgeyMcJudge1.