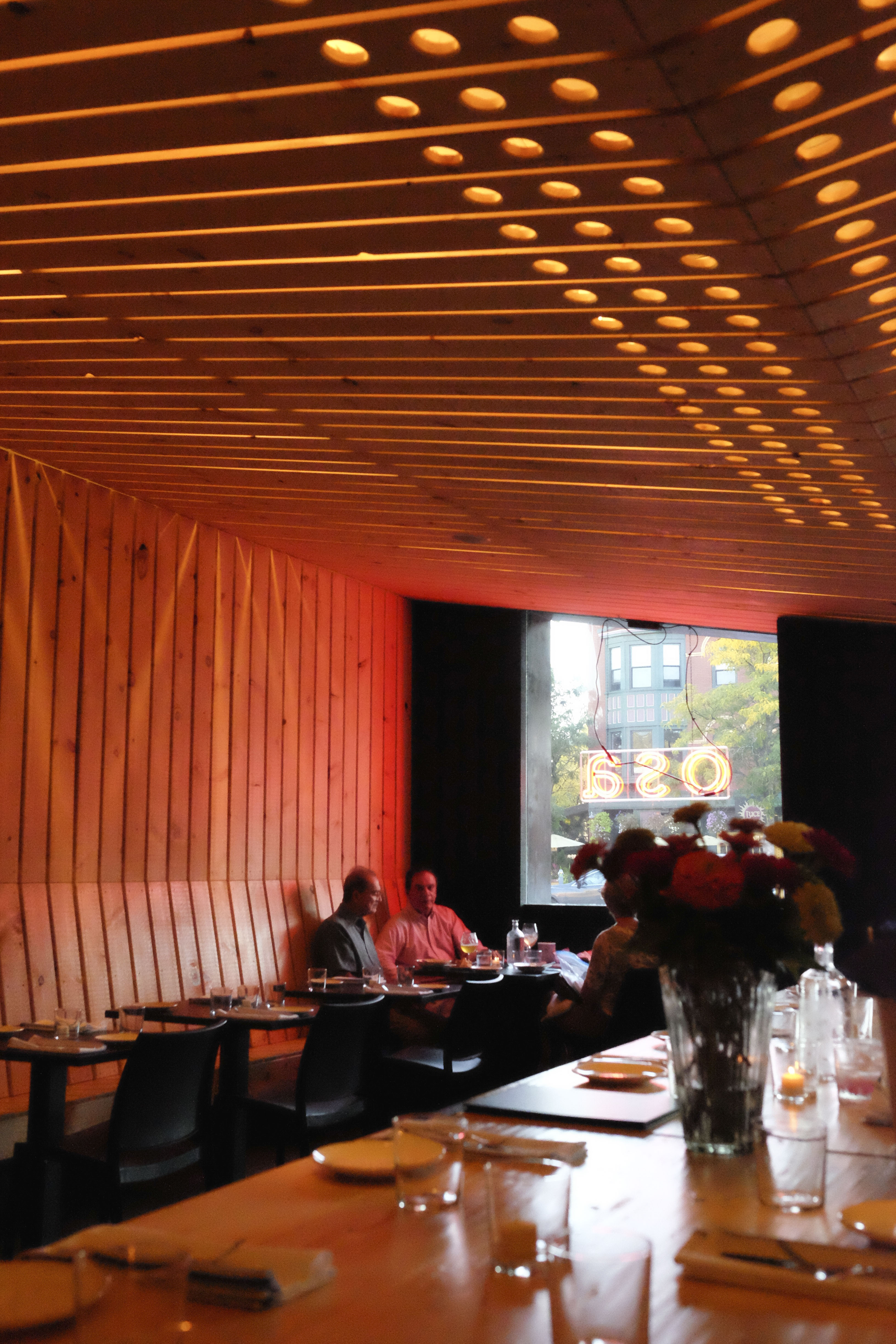 Students returning to campus in early September were greeted by a new restaurant on Main Street’s North End. With its wooden gate, black-and-white woodwork, and neon sign, Osa is definitely eye-catching. Inside, the pitched ceiling and long table at the center of the room draw the eye to the bar and a view into the kitchen.

Osa is the brainchild of Chef Matthew Wick and restaurateurs Kevin Wirtes and Rich Garcia. Wirtes and Garcia also own Krust Pizza Bar, which has served wood-fired pizza and over 400 types of whiskey on the North End since 2012. Think of Osa as Krust’s similarly well-designed and slightly more upscale sibling, but instead of pizza and whiskey, shareable plates and Italian amaro are the stars of the show. As Middletown’s first small-plates spot, Osa wants to bring something new to Main Street but remain pretension-free.

“We want people to go out and have a good time,” Garcia said. “We don’t want to do the white tablecloth thing.”

But with its hand-crafted interior and inspired, seasonal menu, Osa might have a right to be pretentious. Garcia and Spirtes worked on the space with Jason Paradis, who also designed Krust. They sanded and finished over 8000 ft. of wooden board to construct the interior, which is also home to Paradis’s custom-designed art.

While Paradis’s artistic genius is apparent in Osa’s design, Chef Wick’s culinary genius is more subtle, grounded in locally sourced ingredients and farmer-restaurant relationships. Subtle, that is, until you try the food.

“[The menu’s] driven by my experiences and what’s available around here locally,” Wick said. “A good portion of the menu is made of local ingredients. Right now our menu is really veggie-driven, but I also work with some great fishermen and farmers, so really it’s about the relationships I’ve developed over the years.”

Wick grew up appreciating the special feeling of home-cooked food. In college, he developed a love for feeding people by cooking for friends, soup kitchens, and a Food Not Bombs chapter in Waterbury.

“I think I was really discouraged with college and activism, and I felt like I wasn’t making a difference, but then I cooked for someone and they’d be immediately happy,” he said. “So that’s where I can make a difference for someone—cooking for them and taking care of [them].”

After graduating from college, Wick worked for free at It’s Only Natural until a dishwasher position opened up. Years later, Wick found himself at River Tavern in Chester, cooking within the confines of a traditional three-course menu.

“I wanted to do [small plates] but was sort of doing it in the confines of course meals,” he said. “I had a section that kept getting bigger and bigger with smaller dishes, and I kept urging the diner to order that way, but then we still had people who wanted a first course, a main course, and a dessert.”

Though Wick has called Connecticut home for much of his life, a great deal of his culinary experience derives from Italian traditions. For him, Italy is a culinary mecca because ingredients from meat to olive oil are of such high quality that they hardly require manipulation. Because of local and mindful sourcing, there’s an integrity to the ingredients that is unparalleled for him as a chef.

While living on a farm in Italy, Wick met a wild boar named Osa. In rural Italy, wild boars are considered pests, but the family he was staying with took Osa in as a pet, which resonated with him deeply.

“I guess she was a pup that was abandoned by her mother—she was sick—and the family took her in and took care of her. The longer I stayed in Italy, the more I noticed the hospitality, compassion, and will to take care of someone or something regardless of what they bring to the table. That’s something that really stuck with me,” said Wick. 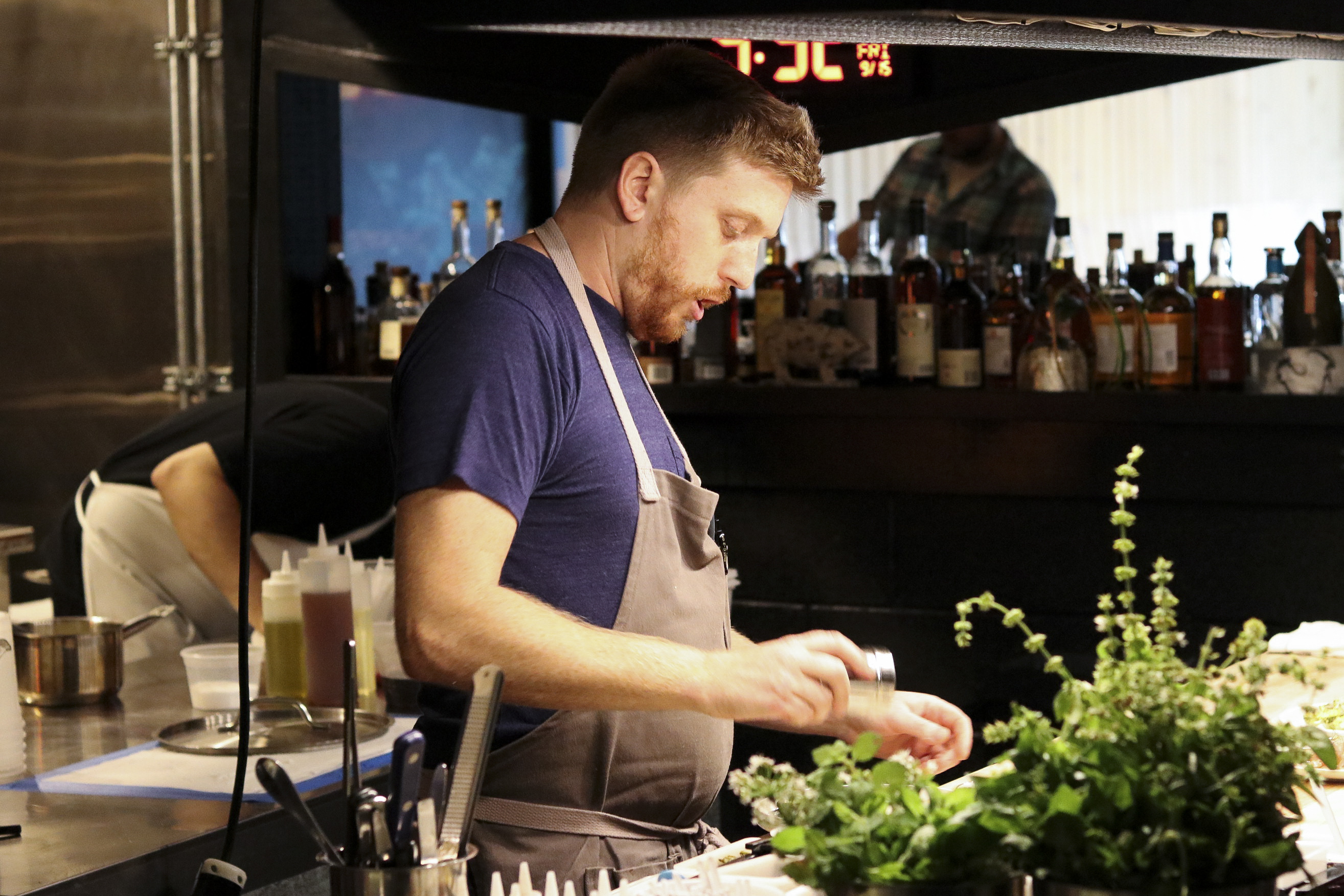 Wick met Garcia and Wirtes at one of Krust’s Family Nights and became a fixture there.

“I had worked in three places with wood-fired ovens, and I saw there was a place right down the street from me that was doing the same thing,” Wick said. “I went after work, and we all hit it off right away. Next thing I knew, I was working two days a week there.”

Garcia and Wirtes, on the contrary, met while working IT jobs in Hartford and bonded over a shared dissatisfaction with their careers.

“We really hated corporate life,” Wirtes said. “ We were doing well in Hartford, but we weren’t happy. Rich and I wanted to get out. We were daydreaming for a few years, toying with opening a restaurant…so we were like, let’s do it and see what happens! And then I got laid off and didn’t think about ever coming back.”

The two left their office jobs behind and took a risk. Rich had been cooking wood-fired pizza for friends and family for years, so it only seemed natural that the two start a pizza place, and thus, Krust was born. The two cut costs by doing most of the work themselves, and their risk eventually paid off.

“I think it was so successful because of the passion, and that’s something I noticed when I went in the first night and talked to Rich about making pizzas,” Wick said. “I was like, wow this guy is not a trained culinarian, but he just loved it so much that he taught himself, and he knew a lot.”

Osa is the product of Garcia and Wirtes’ success with Krust and an extension of their philosophy on cooking, dining, and food.

“I think we can all say that we’re doing this because it’s work that we really care about,” Wick said. “It really doesn’t feel like work. The people are the most important part. We have a great staff, and everyone wants to be here…Every day is exciting.”

Wick is also hoping to continue the development of Middletown’s restaurant scene.

“[Rich and Kevin] really changed it when they opened. I feel like they brought a totally new clientele, like people from all over Connecticut come,” Wick said. “A lot of my friends in the industry…we all go on our days off. I just feel like it brought a different crowd to Middletown. I hope we can do the same…bring people from other parts of the state, parts of the country…There are so many great places to eat.”

Main Street lacked a small plates restaurant prior to Osa, so although Osa’s dishes are priced similarly to those at other fine dining options in Middletown, they really stand out with their fresh, shareable style.

“The format of the menu is all sharable small plates,” Rich said. “We’re doing three categories of food: small snackable items to start the meal off, medium-sized dishes, and large format dishes, which are geared toward two to four people.”

While the ingredients available will change with the seasons, the menu’s structure will remain the same. Wick spoke enthusiastically about the menu and highlighted a mushroom dish with ingredients that come from within a 50-mile radius.

“It’s roasted mushrooms with, again, another local product–flint corn polenta grown in Shelton, Connecticut,” Wick said. “They do a polenta….the same farm does beans that they dry every year. We do a nice bean gravy and some charred kale.”

We tried five dishes from Osa’s current menu, all of which fall into the snacks and small plates sections. The first was the bread with whipped lardo, which is Osa’s rendition of a classic Italian salumi. Lardo, which is infused with the fat from cured pork, made for a savory accompaniment to the slices of sourdough. Creamy and smooth, the spread also offered bitter and smoky tones, demonstrating a whimsical play with spices that run in line with Osa’s other dishes.

The dry-cured ham, which is served elegantly with spicy melon, cherry peppers, and garnishes of fennel pollen and lemon balm, looks almost like a sashimi dish from afar. The ham’s peachy-orange hue is peppered with fennel and makes such a vibrant first impression that one might expect the dish to be sweet. Of course, the dry-cured ham is far from a dessert, striking a balance between savory and light. The peppers offer a refreshing texture that keeps the salt of the meat from feeling overwhelming.

Osa’s smoked carrots are a must-try for any herbivores. These charred root veggies are served with carrot pickle, yarrow, and black garlic creme fraiche. The result is carrots that are soft on the inside with texture and flavor on the outside, which pair perfectly with the tartness of the creme fraiche. 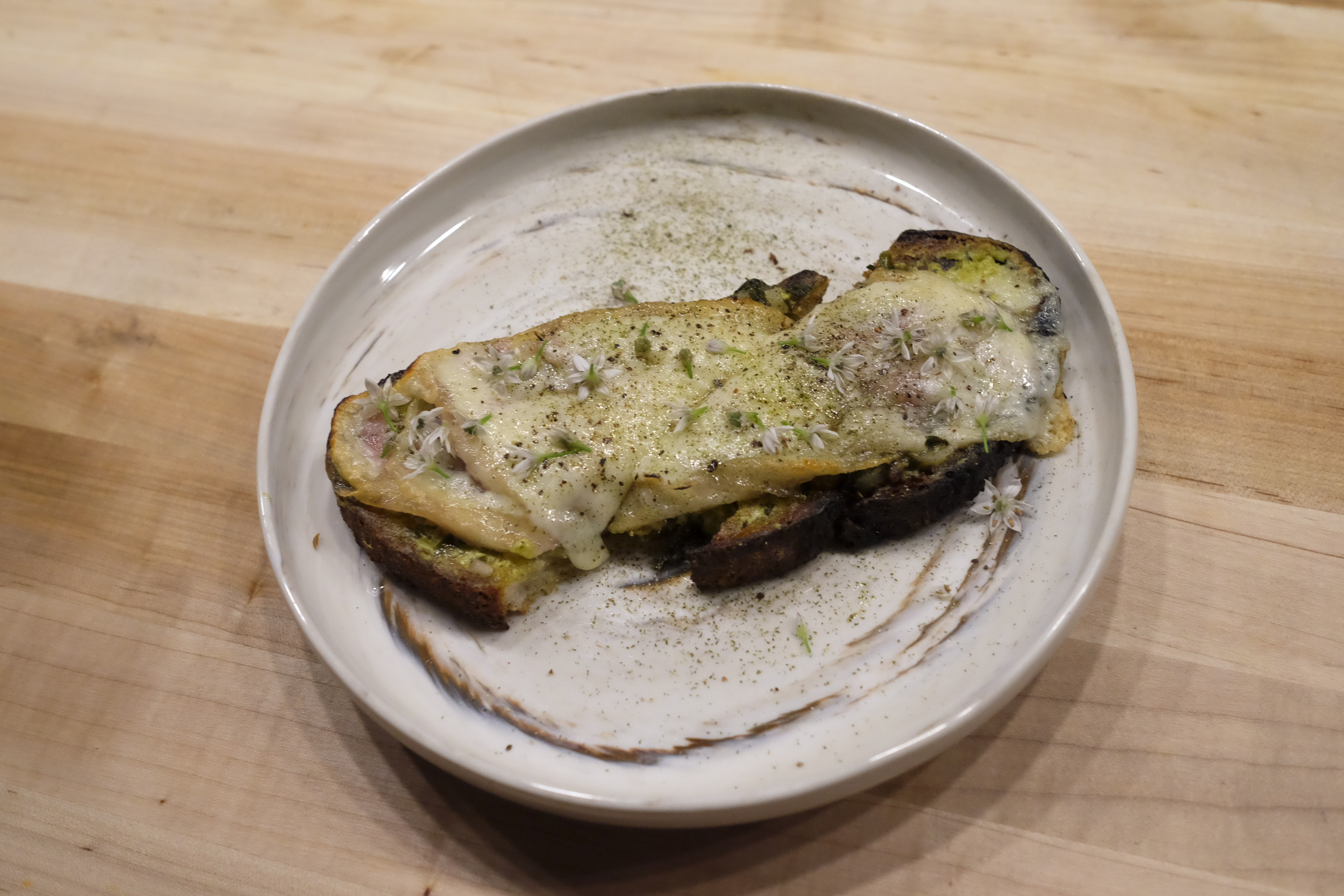 The little gem lettuce, though interesting visually, was not as flavorful as the other dishes on Osa’s menu. Though the herb dressing, cured egg yolk, and onion blossom made for a creamy and zesty stuffing, it wasn’t quite able to overpower the blandness of the lettuce shell of the dish. After eating three savory dishes, the little gem lettuce was a welcome respite from meat and cream, but it wasn’t particularly impressive as a standalone dish.

Our meal concluded with a pig’s head toast, an item that is not currently on the menu, but we’re hoping will become a permanent fixture soon. With melted cheese and a pork-infused spread, the toast tasted hearty like a french onion soup. Moist, earthy, and loaded with flavorful and umami notes, the pig’s head serves as a testament to Wick’s creativity and resourcefulness.

Osa is characterized by its experimental creativity. As proponents of whole animal butchery and making use of all ingredients, the kitchen staff seeks to use everything down to the scraps. Oftentimes, the farms from which Osa sources its produce have too much of something that they cannot sell. Instead of wasting these ingredients, Wick and his team choose to rise to the challenge and create new dishes from whatever farmers and the kitchen need to unload. From pig’s head to peach pits, there’s always a way to put what’s lying around to use. In many instances, kitchen scraps can make for unexpected transformations to existing dishes and cocktails.

Wick, Wirtes, and Garcia’s progressive and collaborative attitudes shine in Osa’s concept, kitchen, and dining room. From shared plates—which allow for a collaborative dining experience—to the very path that Krust and Osa took to come to fruition, it’s clear that Osa is here to provide much more than a meal. Combining Wick, Wirtes, and Garcia’s blended backgrounds—which unite over a shared vision—Osa is, more than anything, about hospitality, engagement, and growth.