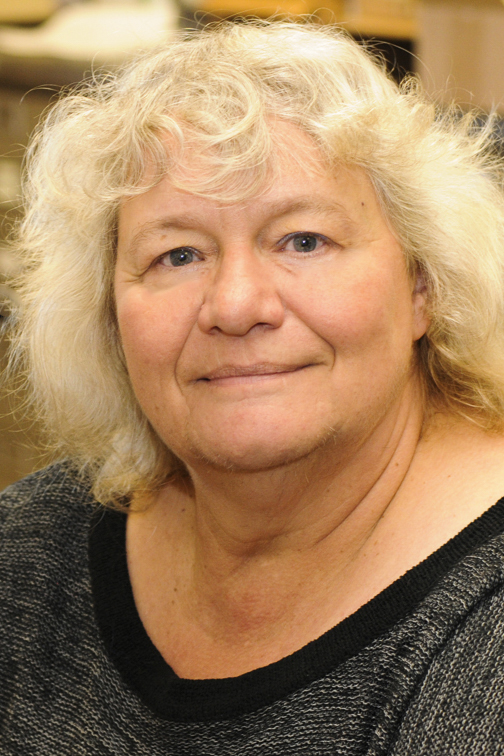 Professor of Integrative Science and Earth and Environmental Science Ellen Thomas has been awarded a grant to help fund her continued research into paleoceanography, particularly oxygen depletion in the ocean. The grant, distributed evenly between three researchers at three different universities, totals $423,739 and will be continually awarded over the course of three years.

In her joint paper entitled “Refining Foraminifera I/Ca as a Paleoceanographic Proxy for the Glacial Atlantic Ocean,” Thomas and her colleagues proposed to use fossils, chemical analysis, and modeling to research ocean deoxygenation. The research Thomas is working on centers around two facets in particular: the pattern and identification of ocean “dead zones,” and the development of a model that can accurately predict when and where they will appear.

Dead zones are areas of the ocean where oxygen—which is necessary for marine organisms to survive—is severely depleted. This depletion of oxygen can be caused by a multitude of factors. One is when algal blooms, caused by a nutrient increase due to water runoff, decompose in water. The process of this decomposition consumes an enormous amount of oxygen. In addition, humans in certain regions have consumed unsustainable amounts of algae-eating fish, as well as oysters that filter the water, also causing oxygen levels to lower. In areas of the ocean that are further from land, the heating of the top of the water by the sun prevents water mixing, which in turn prevents oxygen from reaching deep ocean areas. All of these factors cause mass die-offs of marine organisms in the areas devoid of oxygen, pushing the more mobile animals to vacate. Thus, the areas become “dead zones,” devoid of life, aside from the interspersed massive blooms of algae.

The formation of dead zones has become associated with global climate change, and as such, Thomas and her colleagues believe it is important to be able to predict their formation. While in the past, computer-based models have been a primary source of dead zone prediction, Thomas, along with her research partners at the University of California Riverside and Syracuse University, is instead using a different approach. Their approach is paleoceanographic and geochemical in nature and will revolve around using fossils and sediments to determine the chemical changes that indicate a dead zone. The research is also cross-temporal—it involves looking at oxygen changes since the last Ice Age.

Each researcher focuses on a different aspect of the process of marine oxygen depletion in the past and present. Thomas focuses primarily on using forams, which are microscopic fossil shells made primarily of calcium carbonate, to find out what chemicals would have been present in the ocean at the time of the shells’ formation. Because organisms will use different chemicals to build their shells depending on the environment of the ocean, forams can be very emblematic of the environment in which they were made. Thomas applies this method to ocean oxygenation.

“I’m the one who tells the people what shells to pick…. Since these things are living organisms, they don’t just sit and precipitate calcium carbonate,” Thomas explained. “They do it, a little bit, as they want. So what that means is if you want to use [forams] as a means of tracing the environment, you have to pick the same species of all the samples you’re looking at. And I can recognize the species.”

Thomas notes that it is important to use forams and in particular the chemicals exhibited in forams that are associated with different levels of oxygen, as “proxies” for the oceanographic climate.

“What we now try to do, very roughly overall, is we try to use the various proxies that tell us something about the water in which the shells formed, and reconstruct what was going on during times in the past when the climate was changing,” Thomas explained. “Because if we try to predict what will happen with future climate change, then there are many things you can learn in a lab, but not everything. What we do is the same as what people do in their personal life. You kind of think, ‘What happened in the past?’ If things happened in the past, you think, ‘Well, maybe something similar happened in the future.’”

In particular, the proxy Thomas is interested in is iodine. When oxygen levels in the ocean are high, iodine is found in the form of the oxidized iodate, and when they are low, it remains as iodine. If iodate is present in chemical analysis of different forams, this indicates the foram comes from an area of high oxygen. If not, the opposite is true, and the foram may be indicative of a dead zone. This is also explained in a News@Wesleyan article on Thomas’s grant.

“A representation of what happens to iodine as it cycles through the ocean, and how changes in I/Ca in foraminifera reflects changes in ocean oxygenation will be included in a complex (Earth System) model of the climate system and ocean carbon cycle,” reads the article.

This research involves the work of multiple researchers from multiple institutions, and the next step in the process will involve geochemical research at Syracuse University, where researchers will explore how this information translates to environments today.

The third aspect of the research centers around the use of an earth systems modeling: modeling the global atmosphere, ocean, and ecosystems. This research is headed by a professor from the University of California’s Earth Sciences Department, Andy Ridgewell. Ridgewell will be using the information garnered from Thomas’s research and the research from Syracuse University to identify trends in dead zone formation, and as Thomas puts it, see what the ocean is actually doing.

Thomas notes that the importance of this stems back to the complexity of the global climate and ecosystems, including the combined effects of deoxygenation and other climate change-related issues.

“That’s what they call the ‘Deadly Trio’: there’s ocean acidification, the loss of oxygen, and just warming,” Thomas explained. “And there is a connection between those. By the warming, you change the metabolic rates; you change the metabolic rates, you’re going to be changing how fast you produce organic matter, which influences the oxygen. So again, because it’s such a complex system, that’s why we’re trying to go to the past and learn that big complex organic system.”

Thomas will be using the grant money, in addition to using it to finance herself, to support student fellows who will assist in the research process. Likewise, Thomas will use grant money to pay for equipment like the electronic microscope facilities necessary to study forams.

Thomas also noted that receiving a grant like this one is particularly exciting, considering that generally only 15 percent of grant proposals get funded, and of those that are funded, usually, it is only on the second or third try. In this case, the grant was funded almost immediately.

“We were fairly worried, because my kind of work is a combination of looking at the evolution of organisms and climate change, and those topics are not very popular at the moment,” Thomas joked.

“But it was very nice to see that we were funded immediately. That’s always a good feeling,” she added.