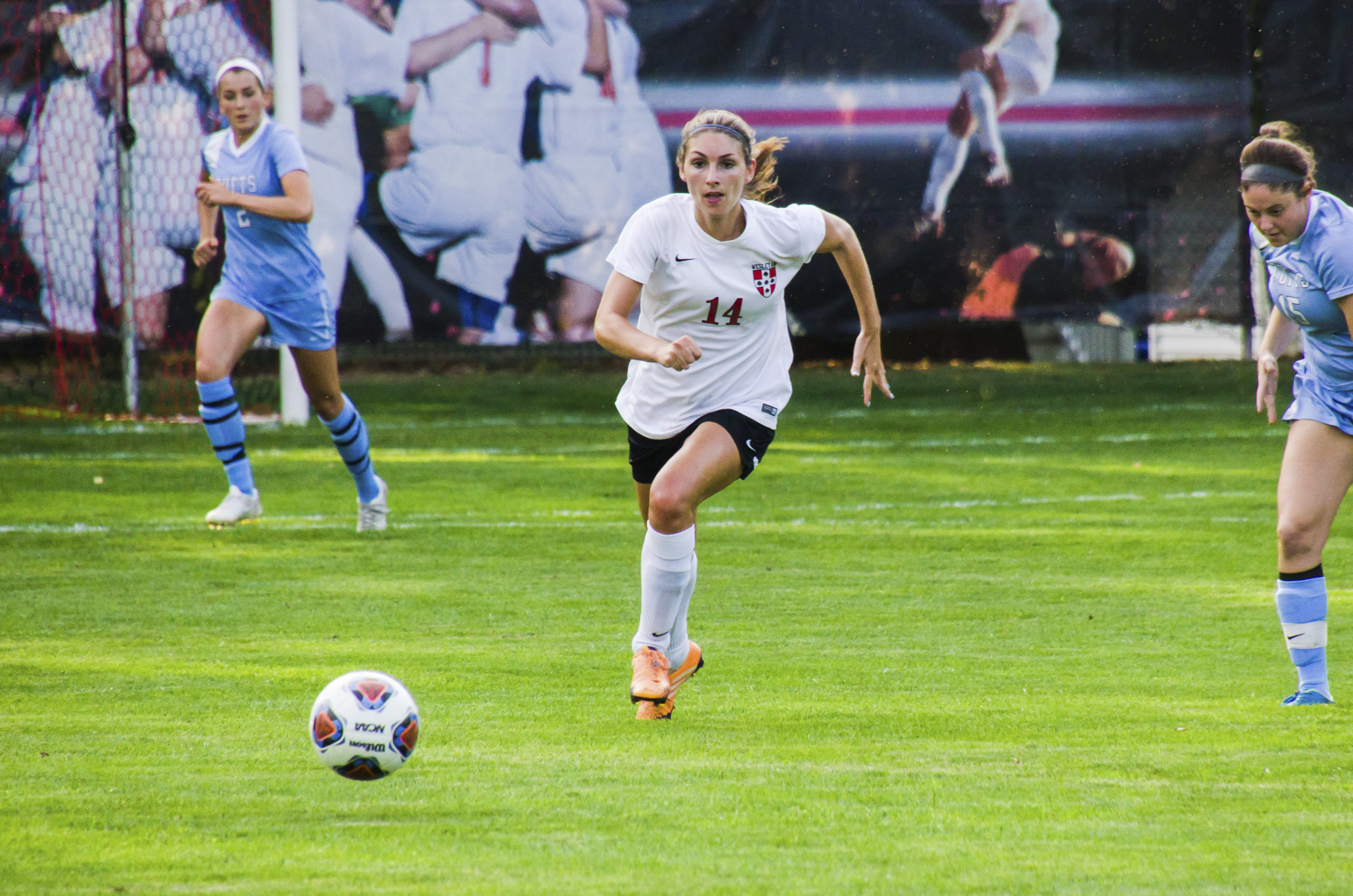 Attention, soccer fans: it is officially a new season! Get out the kit. Slave through your classes. Set your NESCAC league fantasy line-ups. Wait, is that a thing? Who cares. The Cardinals are all set for the challenge, and things are going to be better than they were last year (please, don’t bring it up). Right? Right? They have to be. Oh goodness, the pressure.

It will be a tough challenge for the women’s soccer team, but recent games have proved that they are not a team to be treated with impunity.

The Cardinals made it two wins out of the first two games before Tuesday’s game, looking sharp and solid as they set off to the new season. However, just as the coaches expected, the clash against Tufts was a real test for the team.

Tufts couldn’t offer the same caliber of opponent that other bigger names did for Wesleyan. However, at the same time, the Jumbos still represented an uphill battle for the Cardinals, despite the fact that the Birds were playing at their home nest. There have already been nine times when individual meetings between the two teams have resulted in either a draw or a one-goal victory. If there’s a silver lining, though, the Red Birds earned their last victory with a 2-1 win on Sep. 15, 2015, while the teams tied again last year with neither side scoring.

The hosts delivered a disciplined first-half display until the visitors seized an opportunity in the second half with a bit of luck. Jumbos midfielder Sarah Maloney got her first collegiate goal with 32 minutes left in the game off a corner kick from Sanchez, and keeper Zoe Cassels-Brown ’20 couldn’t do much about it. The goal was a reflection of how a defense that has looked relatively solid in the early stages of this season was being systematically dismantled by the Jumbos.

However, the Red Birds can take heart from their performance overall: they looked stronger, sharper, and better than their opponents all over the pitch, playing with swagger, confidence, and chemistry as they found ways to cut through the other side at will. One player who is a shining example of the success of the Cardinals’ attacking plays is Liz Young ’19. The forward posted a game-high four shots for the Dirty Birds, followed by Lauren Goetzman ’19, whose two shots narrowly missed.

Asked how the new players will help the team make a breakthrough in conference games, Stueck replied: “We have six freshmen and three transfers this year, so we are definitely aiming for big things. But we have to look at it game by game and prepare well.”

Up next, the team will head North for a tough match against Bowdoin in Brunswick, Maine, where both weather and fatigue will impose strong challenges. It could be a blip or the start of something much worse (here’s to hoping it’s the former), but if the team can pick themselves up and keep their morale high, Saturday’s trip to the icy Polar Bears could be a strong opportunity to get revenge. 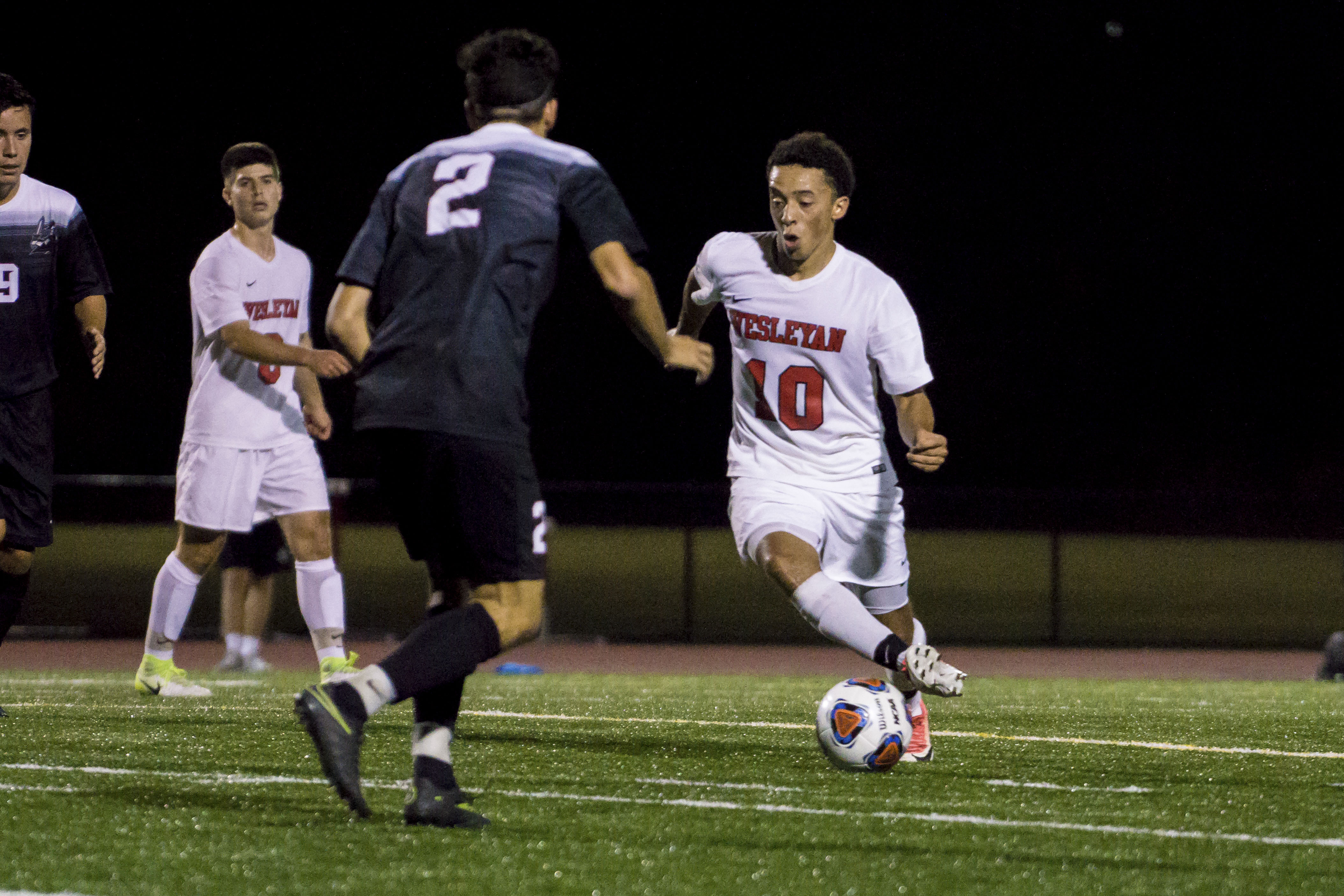 On the men’s side, the Cards looked to extend their run on Wednesday, Sept. 13 against Manhattanville College after they put up a brilliant performance in defeating the visiting Swarthmore on Sept. 9. However, the home game turned out to be a tough one, as their opponents did their best to battle for a draw.

“Manhattanville’s style of play was easily one of the most uninteresting ones we’ve seen so far,” an anonymous spectator commented.

They played a defense-first style, primarily relying on set pieces to score goals. However, Manhattanville’s early goal and the game’s close score proved that their tactics have worked well at Citrin Field. The Cardinals only secured their 2-1 win at the 72nd with the close-range finish of senior midfielder Garrett Hardesty.

Still, the team wasn’t ready to sit back and defend their lead as they kept up their relentless pressure, and they could have had another couple goals in quick succession if it wasn’t for the Manhattanville keeper. Both Komar Martinez-Paiz ’19 and Adam Cowie-Haskell ’18 had good chances but their shots were just inches away from scoring.

More coverage of men’s soccer will follow next week.

Henry Yang can be reached at hyang01@wesleyan.edu