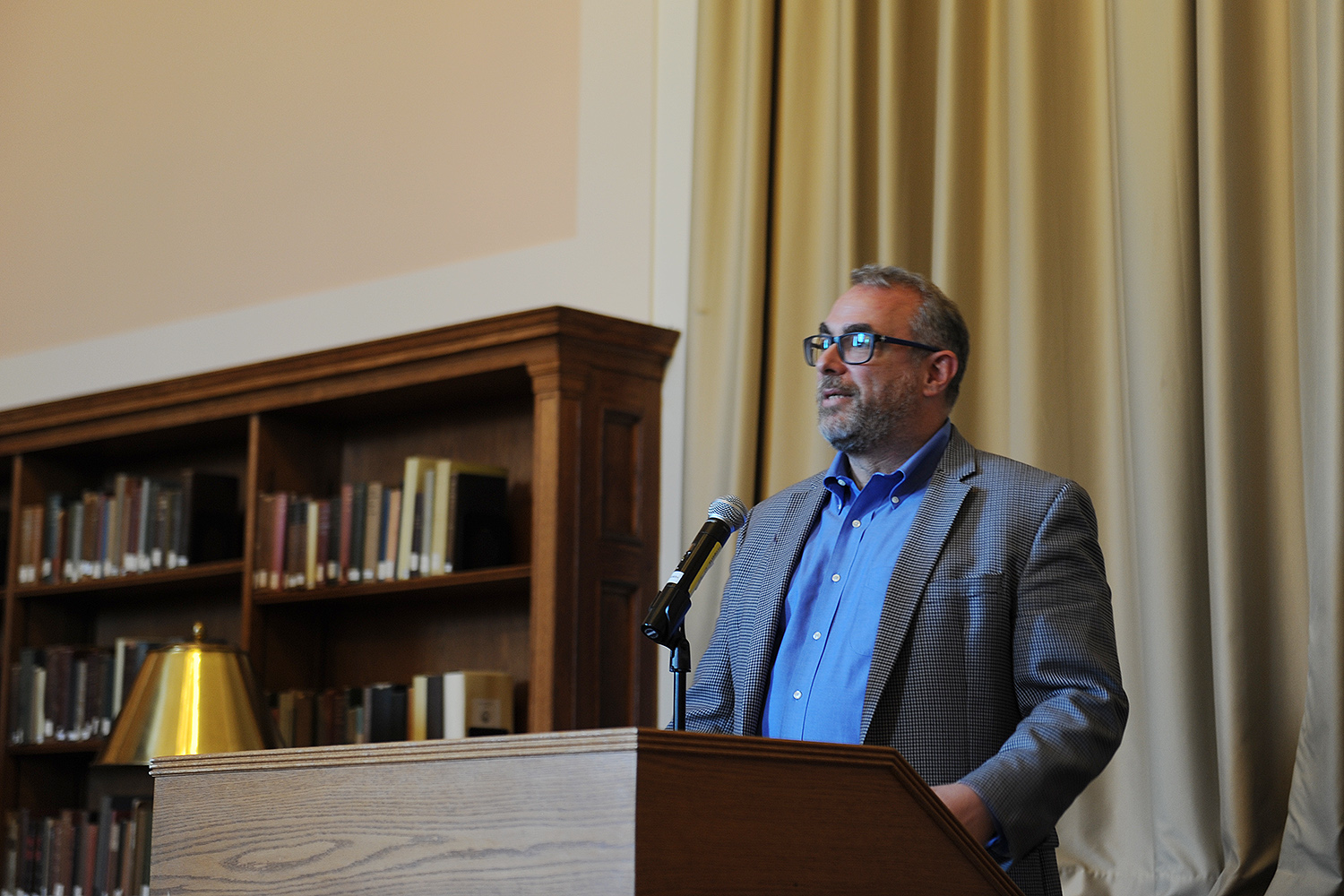 On the morning of Wednesday, Sept. 13, Caleb T. Winchester University Librarian Dan Cherubin passed away. Though he only worked at the University for a little over a year, he left an indelible impact on campus.

“Dan spent the past year working with the campus administration and the library staff on initiatives to re-envision library spaces and to reorganize the library to meet the 21st century needs of students and faculty, as well as engaging people in-person and via social media to heighten awareness about academic libraries and what they offer,” read an all campus email on Wednesday afternoon.

The storied librarian accomplished numerous accolades. He worked at universities such as Temple and Hunter, as well as multiple companies, both domestic and abroad throughout his career. One of his more recent accomplishments was having a chapter titled “Mentoring Across Boundaries and Across Borders: Looking Outside Your Comfort Zone (And Maybe Your Country)” published in the book “Librarian as Mentor.” Additionally, Dan was a musician, with a degree in Music from Bard College.

Outside of his work, Dan was an active Twitter personality, known for his sharp, poignant takes on politics, and a transparent account of his struggles with cancer.

Music Librarian and Director of the World Music Archives Alec McLane recalled Dan’s artistic pursuits while working on campus in an email to The Argus.

“I first met Dan to give him a tour of the library when he came for his interview in 2015, and knowing that he had been a music major at Bard we talked a bit about Wesleyan’s World Music program, which he had always been envious of, and particularly our Javanese gamelan,” McLane wrote. “I had been playing with the group myself ever since arriving in 1998 and got the director, Sumarsam, to invite him to play when we started up in the fall.”

“So for a while…there was an unprecedented three library staff members playing gamelan at Wesleyan,” McLane wrote. “Dan continued for a while, despite the demands of his new job, until he realized that a work commitment made him unable to make the concert in December.”

The library staff remembers Dan for his playful personality and a great sense of humor.

“What impressed me most about him was his boundless enthusiasm, his unwavering support of libraries and their staffs, and his quick wit,” Leith Johnson, the University Archivist, said. “We will miss him.”

“Dan had a dry sense of humor matched with a generous heart,” Digital Projects Librarian Francesca Livermore added. “He often wandered around the library engaging librarians, library staff, and visitors in conversation and he was always interested in hearing other points of view. I’ll miss his visits to my office and the chats we had about the library, future projects, travel, his partner, Albert, and their pets, and of course, gjetost (all cheese really)!”

Dan’s death came as a surprise to many. Though he made public his battle with kidney cancer, his colleagues were under the impression that he was doing better.

“I think a lot of us are still pretty dazed by this, because I mean we knew that Dan was out on medical leave,” Director of Special Collections and Archives Suzy Taraba said of the weeks leading up to his passing.

Taraba reminisced about Dan’s openness on his home life.

“I personally really appreciated about him was how open he was about being gay and his family, and his background,” Taraba said. “I’m a lesbian myself, and it sometimes feels a little lonely. He was really a good model for how you can be a big tattooed gay guy in a position that’s sometimes seen as a sort of a straight-arrow sort of position.”

Student employees of the library also shared their fond memories of Dan.

“I…remember him most from a lunch he held with all of the Olin staff when he had just joined Wesleyan,” Maxine Faron Gibb ’19 wrote in an email to The Argus. “He seemed genuinely interested in students and their opinions on various matters, especially the library.”

She continued by discussing the spirit Dan brought to the library on a daily basis.

“I felt like his presence was really comforting as a member of staff in the library and from my interactions with him,” Gibb wrote. “I gathered a real caring and passion on his behalf for students, and I really appreciated that. He was light hearted and kind, and I am sure will be sorely missed.”

“Although I didn’t get to know Dan as well as others may have, I am glad that I had the opportunity to talk with him every time I did,” Scott said. “Dan will be greatly missed and fondly remembered by many.”

Hadley summed up the mark Dan left on Wesleyan, and in particular, on the library.

“You know when you have a leader who will speak his mind, you feel like you can too, so it was great the way he empowered everyone,” Hadley said. “I was looking forward to working with him this year, and I’m sorry that won’t happen.”

Funeral arrangements are yet to be announced.

Camille De Beus can be reached at cdebeus@wesleyan.edu or on Twitter @cdebeus.